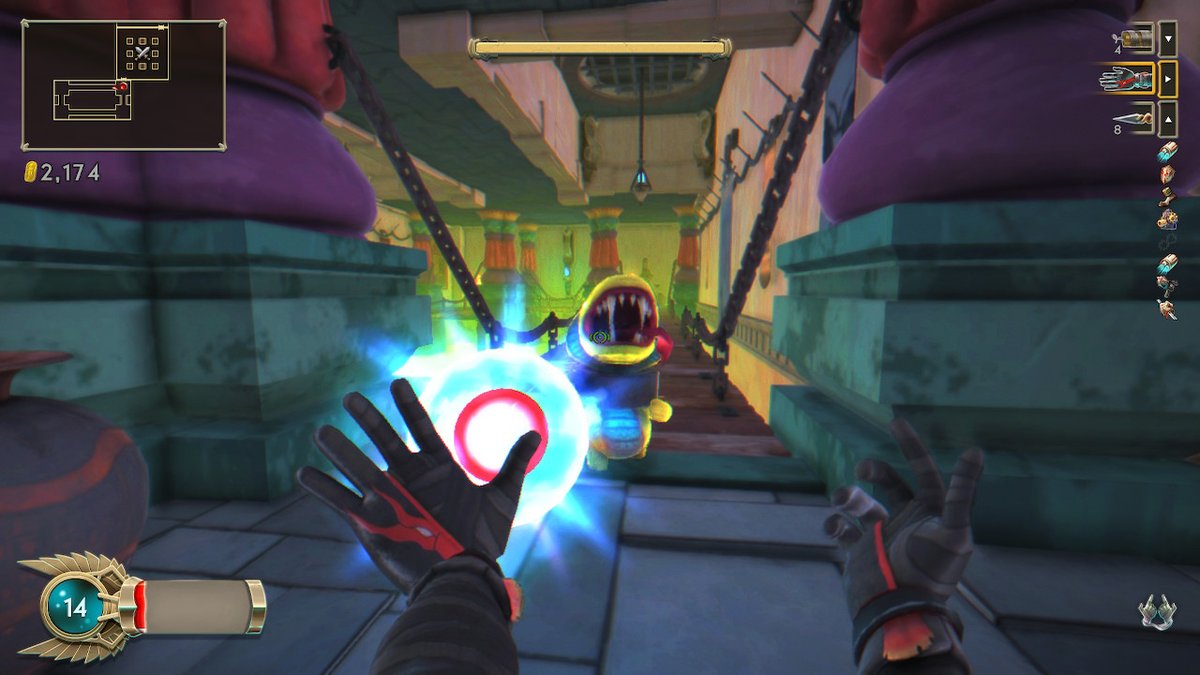 As someone who grew up teething on ridiculous arcadey shooters such as Serious Sam and Painkiller, Immortal Redneck spoke to me from the start. It begins with the titular Redneck taking a holiday in Egypt – for some reason – before meeting his untimely demise and waking up in Ancient Egypt as an immortal mummy – for some reason – whose mission is to kill the very creatures who made him immortal.

Why? For some reason.

Look, it’s best if you don’t think about it. In the classic FPS games Immortal Redneck pays homage to, the set-up was mere window-dressing: a thinly-veiled justification for chaotic action which played out with a relentless rhythm that favoured twitch reflexes over a strategic approach, where the highest priority was making sure the over-the-top arsenal was fun to kill baddies with.

Luckily for developer Crema, the weaponry of Immortal Redneck are very fun to use indeed – and housed in an appealing roguelike construct that is a perfect fit for the Nintendo Switch. 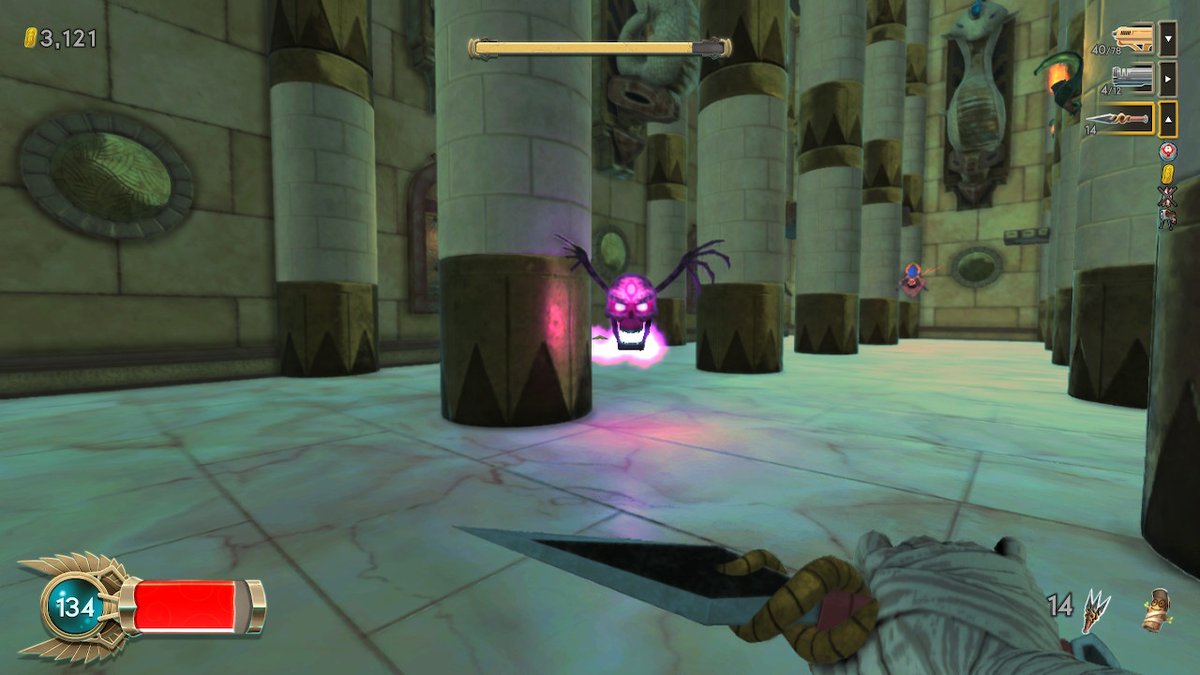 All the mainstays of classic action shooters are represented in Immortal Redneck. A lot of care was put into capturing the fluid movement of yesteryear; being able to sprint across the floor of a dungeon at impossibly high speeds never stops being a joy. Even the much-maligned first-person platforming of the era makes a return, featuring prominently in obstacle-laden challenge rooms that reward your efforts with treasure chests. While the platforming may be frustrating at first, you’ll be jumping about with ease once you acclimate to the tight controls.

The gunplay is nothing to sneeze at, either; shooting is delightfully snappy and the variety of weapons is impressive. Even with over fifty different weapons, each has their own carefully designed strengths and weaknesses that ensure every weapon could be someone’s favourite (personally, I’m fond of the kunai).

Of course, a shooter is only as good as its level design, and Immortal Redneck’s dungeons (referred to in-game as pyramids) are randomly generated from a grab-bag of level layouts. While occasionally layouts consist of close-quarters corridor shooting that can feel pretty mindless, Immortal Redneck is at its best in large, open rooms inundated with monsters that require the player to keep a beat on enemy placement as they navigate the arena. Here, the aforementioned platforming actually shines, adding a layer of verticality that allows for more dynamic firefights. You’ll find yourself hopping across moving platforms and being flung from one side of the room to the other on launch pads, all the while gracefully shooting enemies in motion as if you’re performing a most violent ballet. 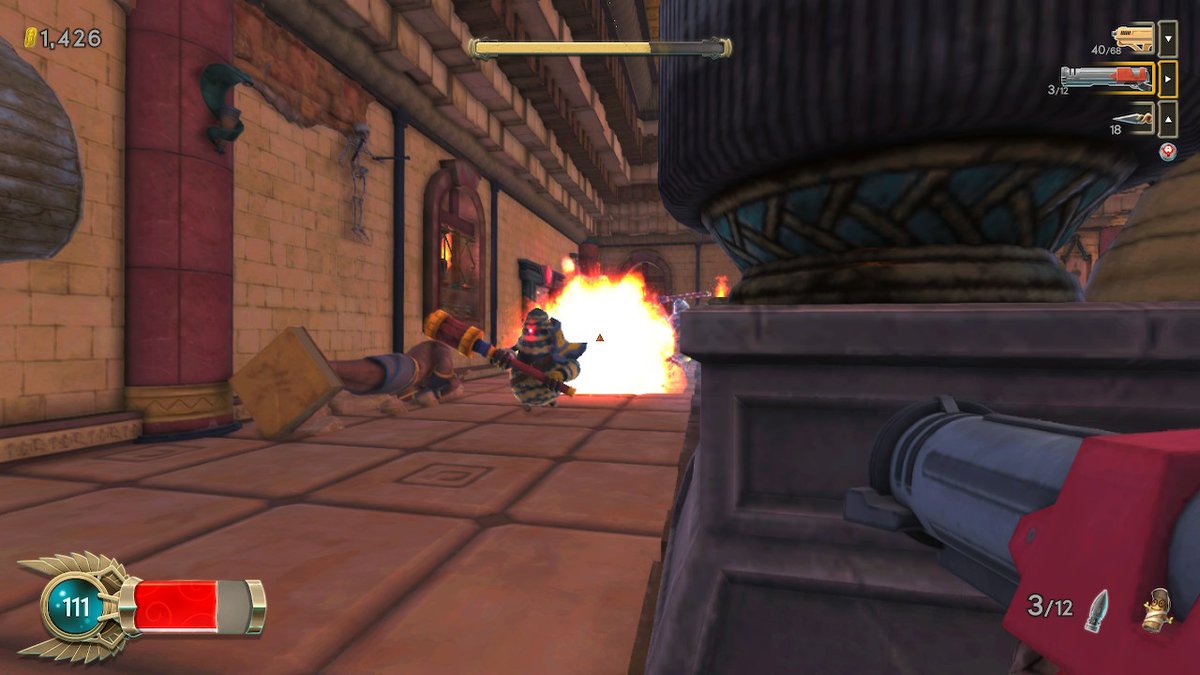 While the varied enemies are enjoyable shooting targets, an unexpected highlight of Immortal Redneck is the boss battles. Presented with a Zelda-like gravitas, bosses are a stiff challenge that put your reflexes to the test. On more than one occasion I have been on my last legs, both ammo and health-wise, only just managing to defeat a boss by the skin of my teeth. My arm is still sore from how hard I fist-pump when this happens.

True to the all-too-familiar roguelike formula, once you’re dead you’re sent back to the start, cursing the one stray mistake that was your undoing. Thankfully there is progression, coming in the form of a literal skill tree. Operating similarly to upgrading your manor in Rogue Legacy, you can improve your chances in future runs by upgrading damage, defence, run speed (y’know, in case you weren’t fast enough already) and other statistics. While minimal, the upgrade progression is enough to maintain interest from run-to-run and guarantees you’ll start every new run a little stronger and wiser.

More interesting are the assortment of classes you can unlock that bestow our favourite redneck with different base weapons, stats and abilities which can grant you with qualities such as limited-time invincibility, an extra jump or even a hookshot – all of which significantly alter the way you tackle the challenges Immortal Redneck’s dungeons have to offer. And with three pyramids to tackle, each containing more difficult enemies, more complex layouts and more daunting bosses than the pyramid preceding, offer it does. A shopkeeper can also be unlocked, who allows you to buy and equip amulets made from blueprints found in dungeons. These can increase your damage or allow you to start from halfway through the pyramid if you don’t want to take it from the top. 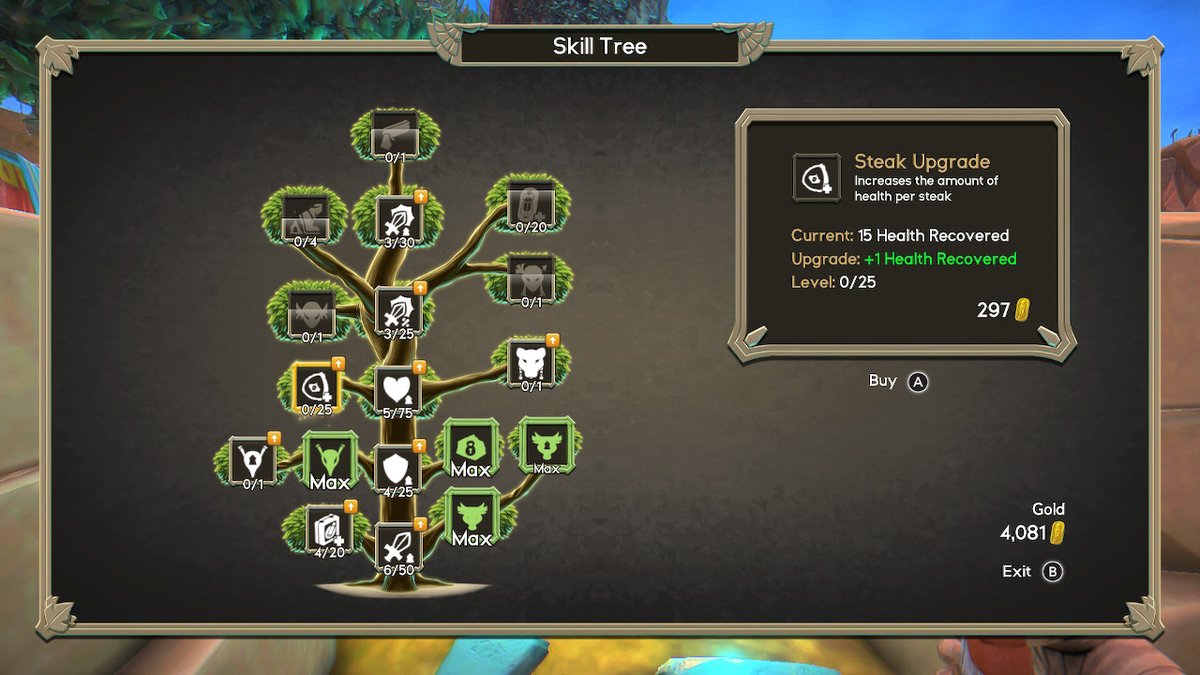 Another very roguelike quality of Immortal Redneck is the inclusion of ability scrolls. Found in treasure chests or discarded by enemies, ability scrolls grant you with perks that generally stay with you until the run is over. These abilities range from the good (increasing maximum health), to the double-edged (doing more damage, but being dealt more in turn) to the outright bad (losing all but one of your equipped weapons). It’s a roll of the dice whether any given scroll will be beneficial or not, and frequently they will be the factor that can make or break a run.

Immortal Redneck is peppered with little quality-of-life touches. Enemy presence in the room is represented by a gauge at the top of the screen which depletes per enemy killed. And if you have trouble tracking down that one last enemy to clear the room, before long the game is nice enough to tag the enemy, making it visible through walls.

There are issues that prevent Immortal Redneck from being truly great. Instead of enemies spawning immediately upon entering a room, enemies slowly fade in as you enter the room. This had led to multiple instances of entering a room and seeing the coast is clear before continuing on – only for enemies to spawn in from behind and ambush me. While this may seem like a small issue, having the optimal strategy involve carefully entering each room and waiting for the enemies to spawn in disrupts the breakneck pacing the game establishes. 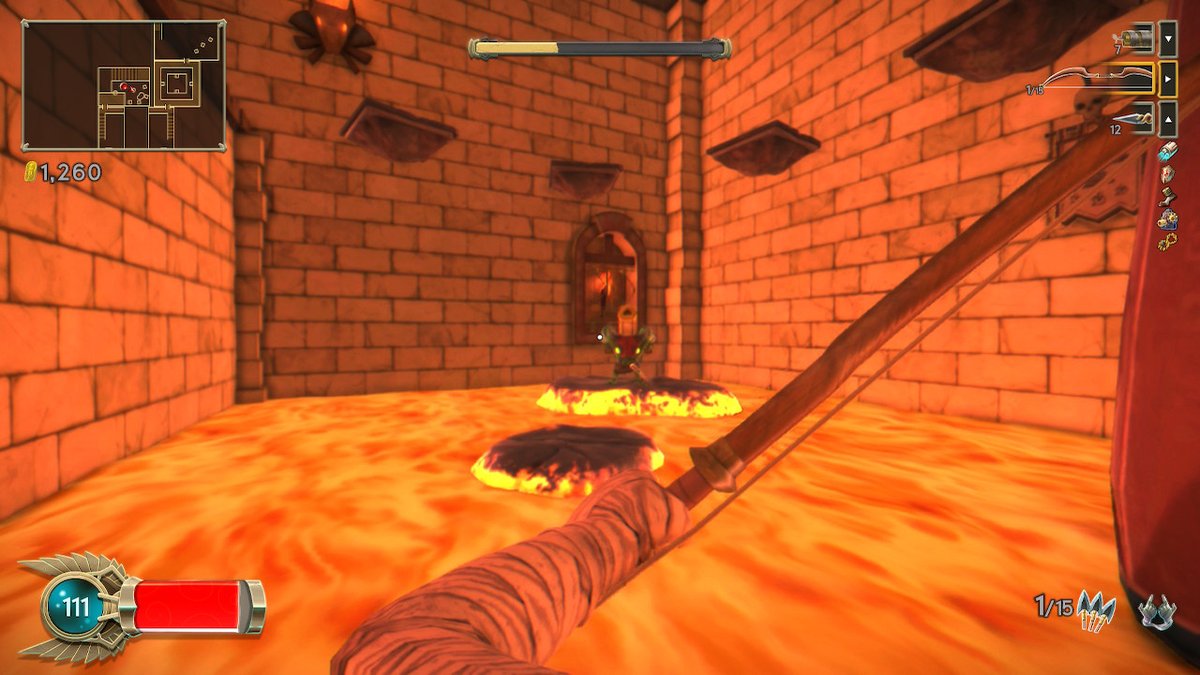 Unlike the Xbox One, PS4 and PC versions, Immortal Redneck can’t quite make 60 frames per second on the Switch. Despite this, the game runs smoothly and I noticed no hiccups in docked and undocked mode. While the Switch port also sees a visual downgrade compared to the other versions, it’s by no means a deal-breaker; certain visual flourishes are a good trade-off for the portability of the Switch.

Immortal Redneck is not the first indie game to take on the FPS/roguelike hybrid – nor will it be the last. However, Immortal Redneck is a much more refined experience than its contemporaries thanks in full to its tight, frenetic gunplay fundamentals that would make the likes of Duke, Sam and Doom Guy proud.