Communication is key to save Earth in Bithell’s new short. 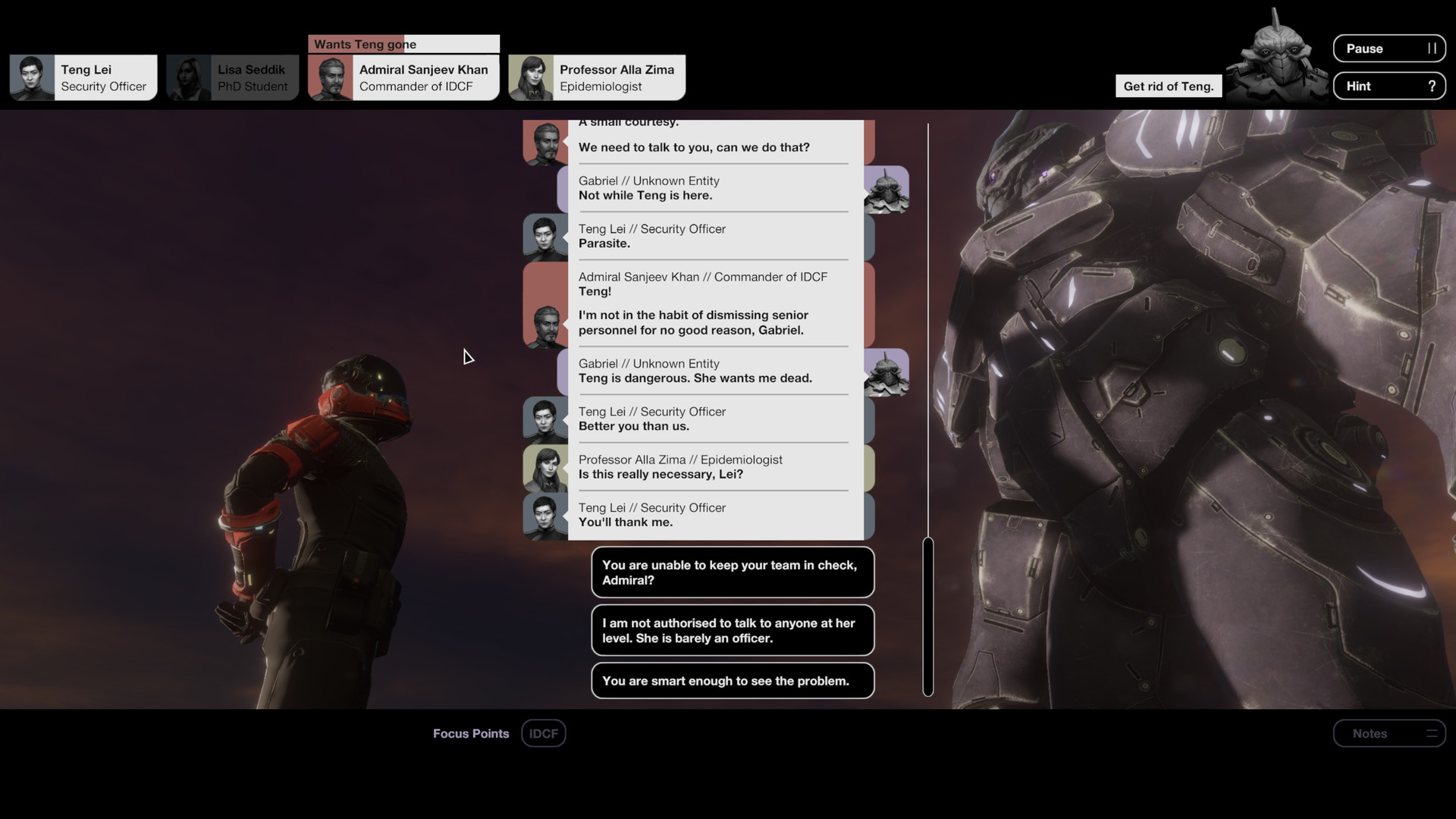 At one stage in your life you may be tempted to use Tinder. For millennials and Generation Z-ers it’s almost a societal obligation, even just to see what it’s like.

But if you do get tempted by this dating game and manage to find yourself in the position of finding a match, there’s a certain, inner-thought process, one particular question which permeates every message received and sent to them before you meet them in the flesh: is this the truth? Quarantine Circular constantly pushes this feeling onto you and because I wanted to shove this analogy onto the game like rubbish in an already full bin, Quarantine Circular is exactly like messaging a match on Tinder.

Like a date which has gone extraordinarily well, Quarantine Circular takes hardly any time for you to fully explore its well-toned contours, its chiseled features, the way it slides its intent into your personal space without you noticing, rubbing up against your… blimey! Has it gotten hot in here? Ahem. Let’s calm down a bit. Basically, like its predecessor Subsurface Circular, Quarantine Circular is placed under the Bithell short category and, rather aptly, lasts about two to three hours. And it’s really Quite Good.

Starting off with a glossy flash, its opening scene features a clinically-clean boat glistening in the sun as the camera zooms into a figure clad in an apricot-coloured hazmat suit. As this person walks along the bridge towards a restrained, hulking alien on a helipad, they stop. The man inside said suit, Marc, brings up his AI and text pops up on the screen exactly like an IM messaging system as the one-man technical support sets up a way of communicating with the creature. This is where the magic – and paranoia – starts. 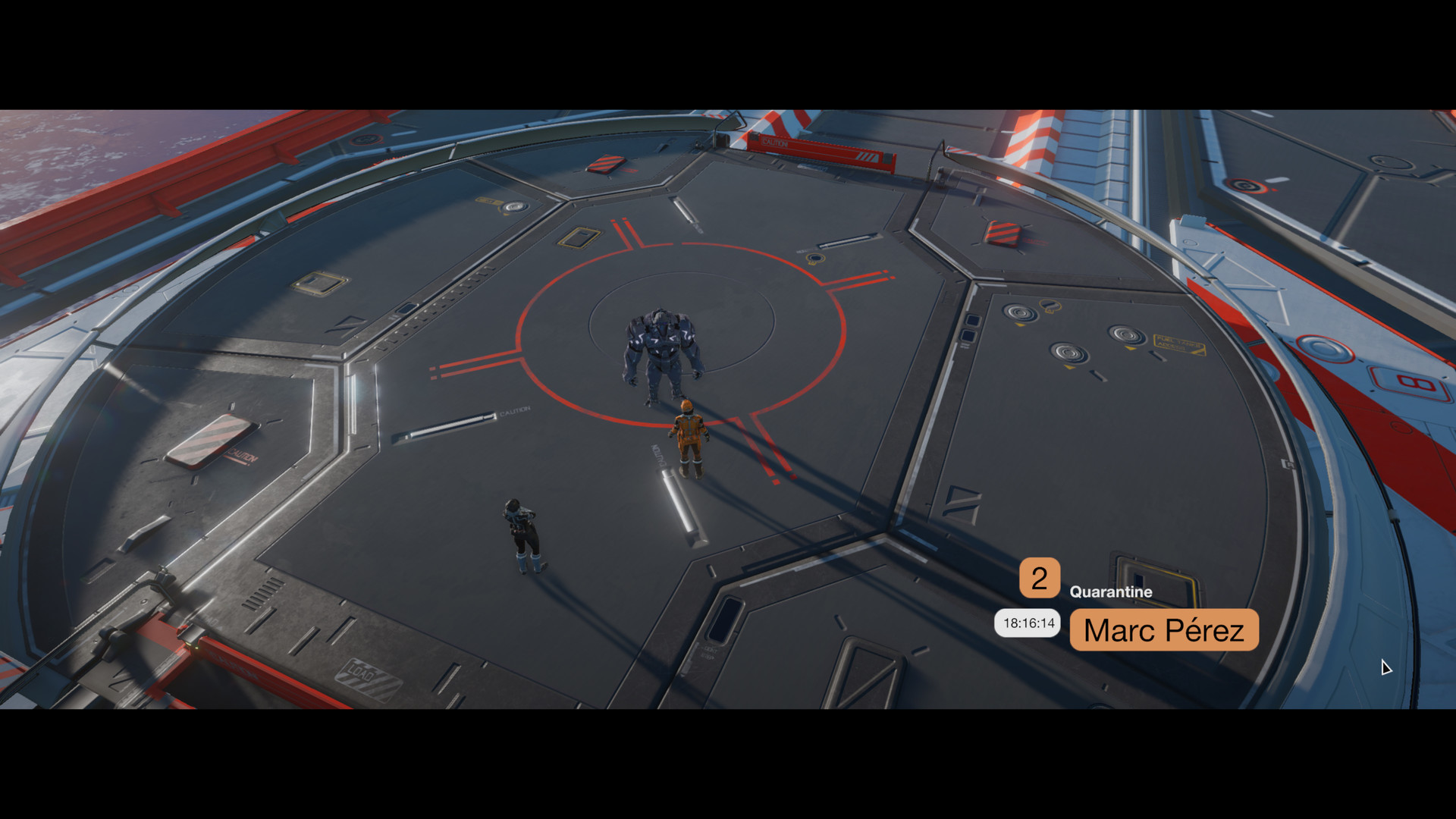 Using this messaging system, Marc (you) starts to introduce himself with the alien and, following what is a relatively basic dialogue system with about four or five options available each time, you attempt to figure out what the creature is and what it wants, quickly realising three things: 1) Humanity is on the brink of being wiped out by bacteria which has become resistant to antibiotics because we relied too heavily on them and it’s the crew on this ship’s job to find a solution 2) This creature could be exactly what humanity needs and 3) There’s no way of knowing if what it’s saying is true.

As the story progresses in Quarantine Circular so does its complexity and genius, as not only do you start to switch perspectives from various crew members aboard the ship, questioning the alien, but you get to ask questions from the space traveler’s perspective, probing at the crew trying to figure out what they’re doing. It’s brilliant. There are only a handful of games which give this experience – the uncertainty of who to trust even though you play as them all individually.

With each pivotal decision you make (I won’t mention any specifics because spoilers) the information you have gathered is both helpful and useless, was what they said true? Does it matter? You retrospectively doubt every single character in the game and the information they give you, while also being tasked with making choices which could save or finish the human race.

This would all mean nothing though if the characters weren’t who they were. Each person and alien in Quarantine Circular has a distinct personality. They’re by no means original but nonetheless well-executed, believable personas with secrets to hide and for you to uncover through a limited amount of conversation. It’s certainly a game which shows you don’t need bombastic, over-the-top cinematics and hours upon hours of character development to tell its narrative. Quarantine Circular boils the experience down to the basics of good storytelling and it’s worth it. 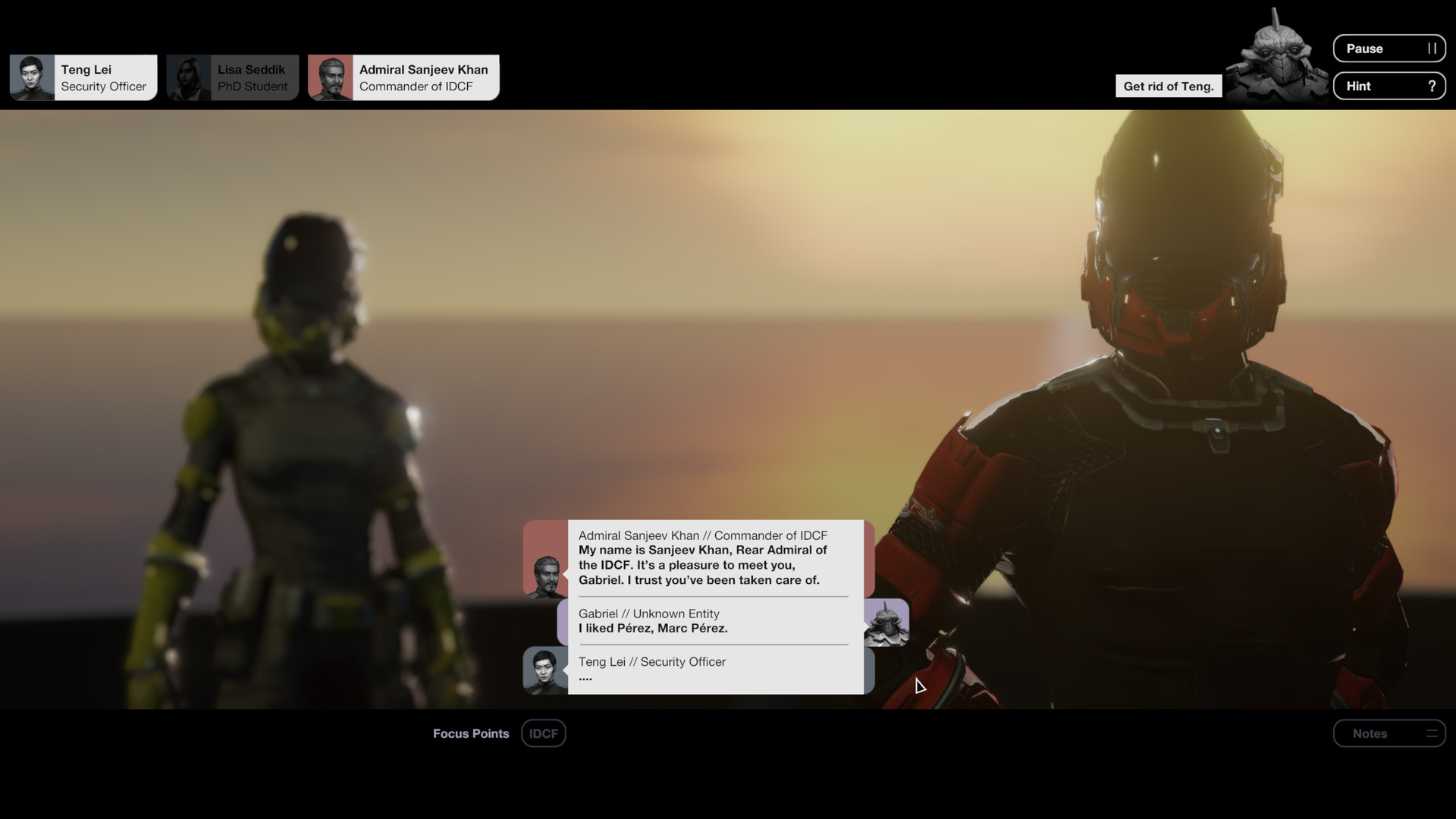 However, it is by no means a perfect game. Some of the choices, particularly towards the end, played out in a way where you could feel it directing you towards a certain outcome rather than allowing it to happen organically. To be fair, though, this literally happened only twice for me and was a little annoying at the time, but nothing major.

The other complaint I have is with the couple of puzzles, one of which gets you searching for a code name to unlock some information – and boy am I tempted to just tell you the answer. It took me longer to figure out than I’d like to admit and ruined the pacing of the story for me at that point. It was only a small bump in a game which gives you plenty of food for thought.

Quarantine Circular starts as a game about an alien and rapidly develops into an experience about trust and compassion. Can you rely upon the information someone has told you, throw nagging suspicion to the wind and make the right decisions? That’s the question and the only way you’ll find out the truth is to play this gem yourself.

The Wind Road Looks Like A Chinese The Witcher 3

Haven Continues To Be Out Of This World

Review Round Up: Rinlo, Switch Ports, And More