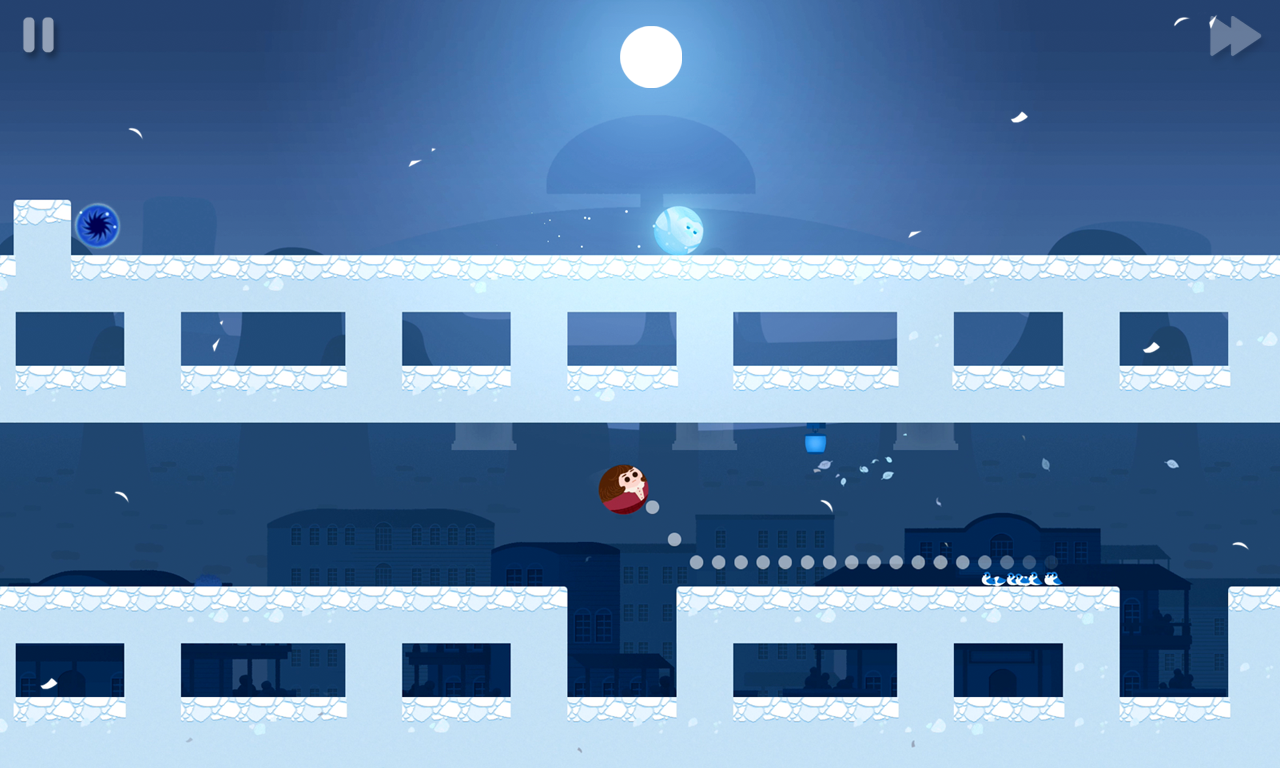 Murphy’s Law is the popular saying that: ‘Anything that can go wrong, will go wrong’. This is a good way of describing many of today’s indie games, with many a successful game (and few more so than platformers) priding themselves on taglines based on the theme: ‘You’d better get used to dying, because you’ll be doing a lot of it.

But Sally’s Law goes for the opposite strategy: on the face of it, it’s less of a puzzle platformer and more of a relaxing walk in a virtual park, or more accurately, through a virtual city. But it packs a punch of sorts, namely its emotive and heart-wrenching narrative. Sally is a girl who is on her way to see her critically ill father, and the walk (or rather, the roll, since she takes the form of a rolling ball) provides a chance to ruminate on the experiences she has shared, and soon won’t be able to share, with her ailing father.

Her walk through the city, narrated by snippets of on-screen writing and now in the Switch version by English-language audio, is remarkably free of any of the usual dangers you would find in the average platformer. This is not for lack of obstacles, but rather because of the stroke of good luck that all the obstacles seem to miraculously have been cleared before she arrives at them.

The reason for this is that she has a helping hand from you, the player, who travels above her as her disembodied father, solving a series of puzzles to clear her path (unless you choose to take the easy route and play as Sally herself). In the Switch version, you now have the option to play as both characters in co-op mode, as well as to listen to new background music.

Sally’s Law was made originally by South Korea-based Nanali Studios, and is comparable to games such as Yume Nikki, in that it caters to gamers who prefer atmosphere and narrative to challenging gameplay. If that sounds like you, you will probably find it a very satisfying emotional journey, judging by the very positive reviews it has received since its release in 2016. Buy it on Nintendo Game Store here.