A rogue-lite from ex-Bioshock developers that’s fun but shallow. 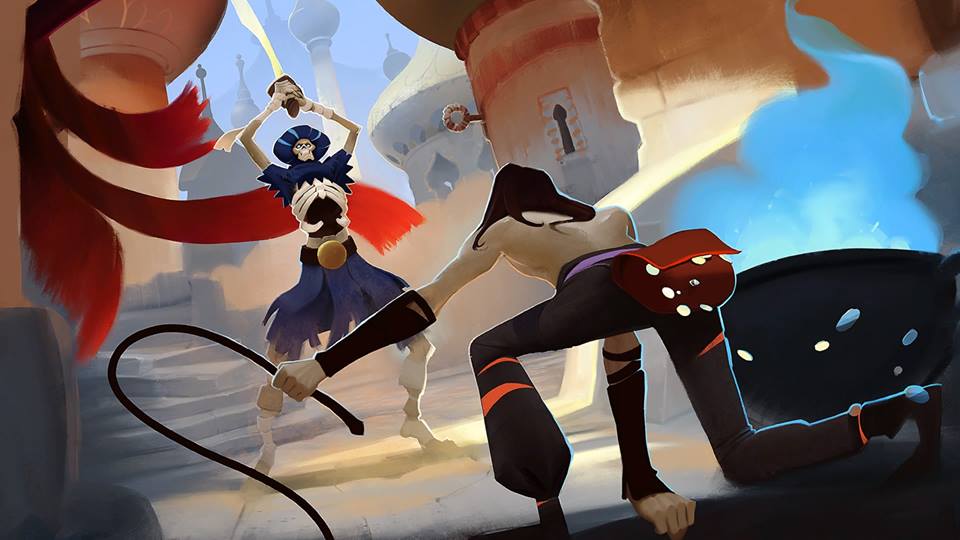 Since the disbanding of developer Irrational Games, its employees have gone on to a variety of new projects, taking the DNA of the Bioshock games with them. City of Brass from Uppercut Games is one such project. Sure, it’s a first-person game, but there are smaller touches that hark back to Bioshock: the shops selling upgrades, the cackling of enemies as you near them, and the emphasis on creative play.

At first glance, City of Brass looks to be a stealth platformer. Its Arabian Nights setting, sword fighting and an abundance of traps certainly give a Prince of Persia feel. In fact, it’s a rogue-lite that tasks you with reaching the centre of the titular city. Along the way you’ll defeat skeletons and magical enemies, avoid traps and collect treasure to upgrade your equipment and abilities. Die and it’s right back to level one. 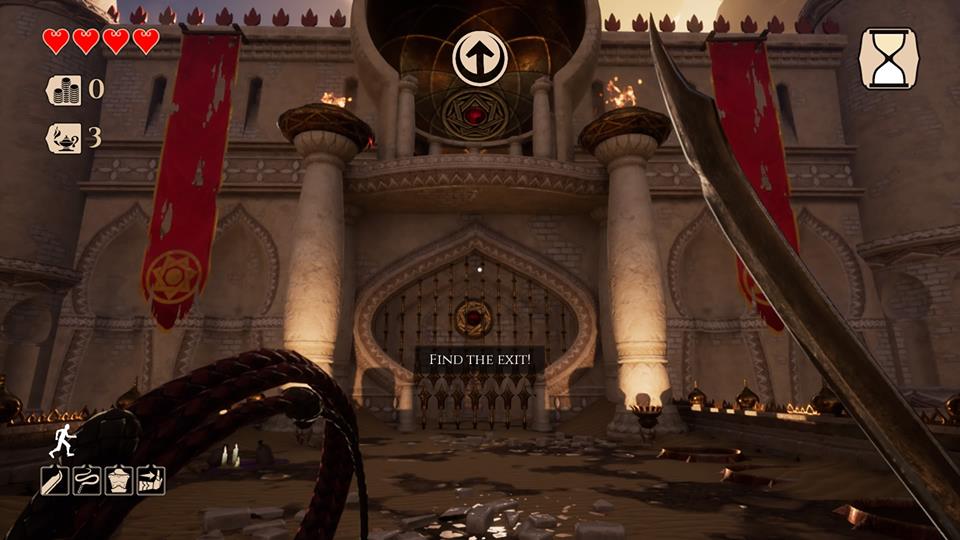 Most of the procedurally generated levels require you to simply find the exit. They’re labyrinths of sun-dappled or moonlit streets and palaces with multiple routes to explore. Using your whip to kill enemies is lots of fun, be it by triggering nearby explosions, pulling them into spikes or pits, or stunning them before a quick stab of your sword. The first-person combat feels a little loose due to the difficulty in detecting distance, but with a multitude of ways to reach the end of a level, no two runs will be the same.

The problem is that this creativity is at odds with the rogue-lite gameplay. You’ll want to take your time exploring and trying out new weapons and abilities, but the random nature of the levels, enemy placement and power-up shops leads to far too much trial and error. Try something new and you risk death and a restart from the very beginning. Throw in a time limit on each level and you’ll soon be rushing through recklessly rather than stealthily exploring, setting up kills and calculating your next move. 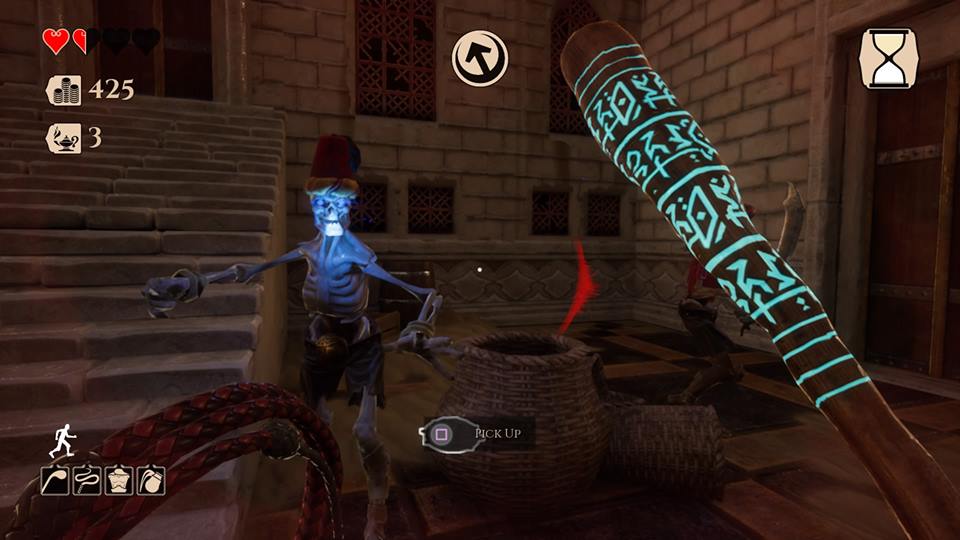 Eventually you’ll reach levels that require you to kill a boss. Far too often, though, you’ll stumble upon it with little health and no idea how to kill it, leading to a swift death and – that’s right – a return to level one. Soon the enemies, level design and visuals become all too repetitive. The random nature of the game is par for the course with this sort of rogue-lite, but that doesn’t make it any less infuriating when you lose your progress.

City of Brass does provide a ‘Burdens & Blessings’ option – essentially a load of mods to tweak the gameplay and make things easier or more difficult. You can increase your health or your power, reduce the number of traps, or enable enemies to respawn and give them double health. It allows for an interesting twist, but it makes you wonder if it’s actually there to cover up faults in the base game.

City of Brass has a compelling core with an interesting setting and a strong emphasis on creative gameplay. Yet despite that, it’s simply too shallow and repetitive to keep you coming back.