Adventures in the Stone Age: an interview with Ancient Cities devs 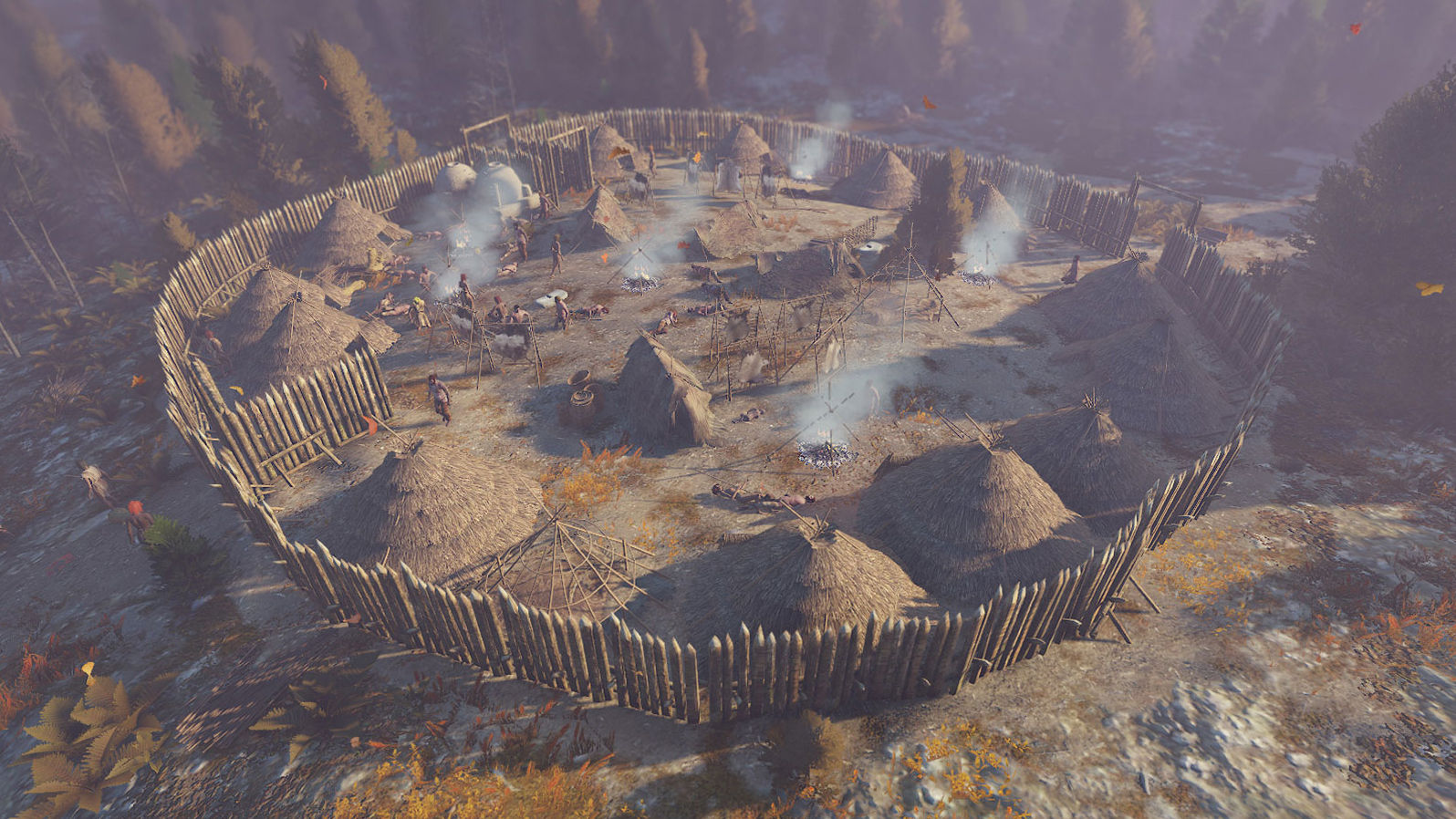 Ancient Cities is a sandbox city-builder set in the Late Stone Age, where you will be able to grow a small settlement into a thriving city; developing technology to survive tough environmental challenges and managing the complex social hierarchy. The game caught the eye of gamers in Summer 2017 through Steam Greenlight, where it reached 2nd in the rankings not long before the Greenlight system ended. Since then, it has tempted historical gaming fans with promises of a unique game engine with dynamic weather and plant and animal life cycles. Hyper-realistic city management means citizens will not exist as mindless drones but independent individuals, participating in a rich, multi-faceted life incorporating religion, social class and family life as well as work and warfare. However, this freedom also means they may even choose to leave your city if they don’t like your ruling style.

Over the last year, Juan, Eugenio, Xavi and Lluis (aka Spanish studio Uncasual Games) have raised over €100,000 on Kickstarter and Indiegogo to develop Ancient Cities. Their chosen time period of the Neolithic will allow players to explore a relatively neglected period for this type of game, but the devs have big plans to expand to other eras if all goes well. We got in touch to ask them some questions about how they were approaching the mechanical and interpretative challenges of recreating this little-known but fascinating period of history.

TIGW: Briefly introduce your game to our readers.

Ancient Cities is a platform to build a series of sandbox tribe management/city-builders themed on ancient cultures, with the particularity that, when possible, the city can evolve along different ages. The game will mix production and social management with a spice of strategy, and will put the player in the role of the city government, so it’s not a grand strategy game, not a God simulator. The first release, the one we are working on, will cover the Neolithic in Europe, and Megalithism. 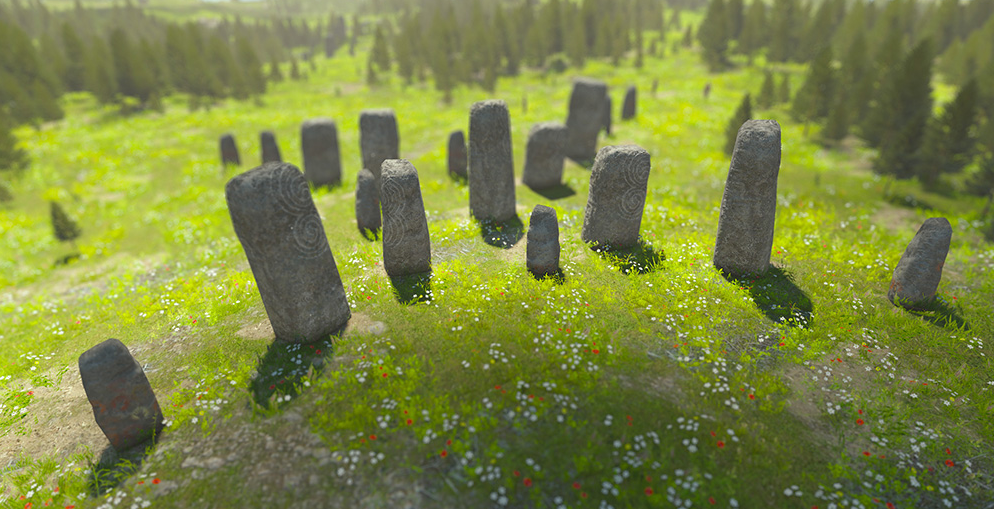 TIGW: When people hear ‘Stone Age’ they might think of cavemen hunting mammoths with pointed sticks, but the Neolithic period saw dramatic technological change. How important is that technology in the gameplay of Ancient Cities?

The Stone Age is a very, very long period in human history compared with recent ones. When the Neolithic revolution reached Europe, megafauna had become extinct long ago, but some of them will be present in the second planned expansion: “Ice Age”.

Technology is an important aspect in Ancient Cities. The Neolithic is a time where key new knowledge was spreading and changing people’s lives, moreso than any other time in human history. It’s not even comparable to the changes we are experimenting with today with new technologies. Technology in the Neolithic is not about quantity, but about quality and its consequences.

To learn how to farm properly means that you can settle down, and that changes everything. Land ownership and resource accumulation start to acquire meaning. Populations start to grow and social differences start to appear. It’s one of the most interesting and meaningful shifts in our history and is not visited as often as deserved.

TIGW: To what extent can you develop a unique culture for your tribal society? For example, can you choose to have a matriarchal tribe rather than a patriarchal one, or choose from different types of tribal government?

We want some culture definitions to be specified from the start, while others can be pushed or influenced by the player, always with consequences. If your population is matriarchal, changing that will not be as easy as pressing the patriarchal button. External influences will be important too, sometimes to the point that the players just have to work with what they have. We want to embrace change in the game. 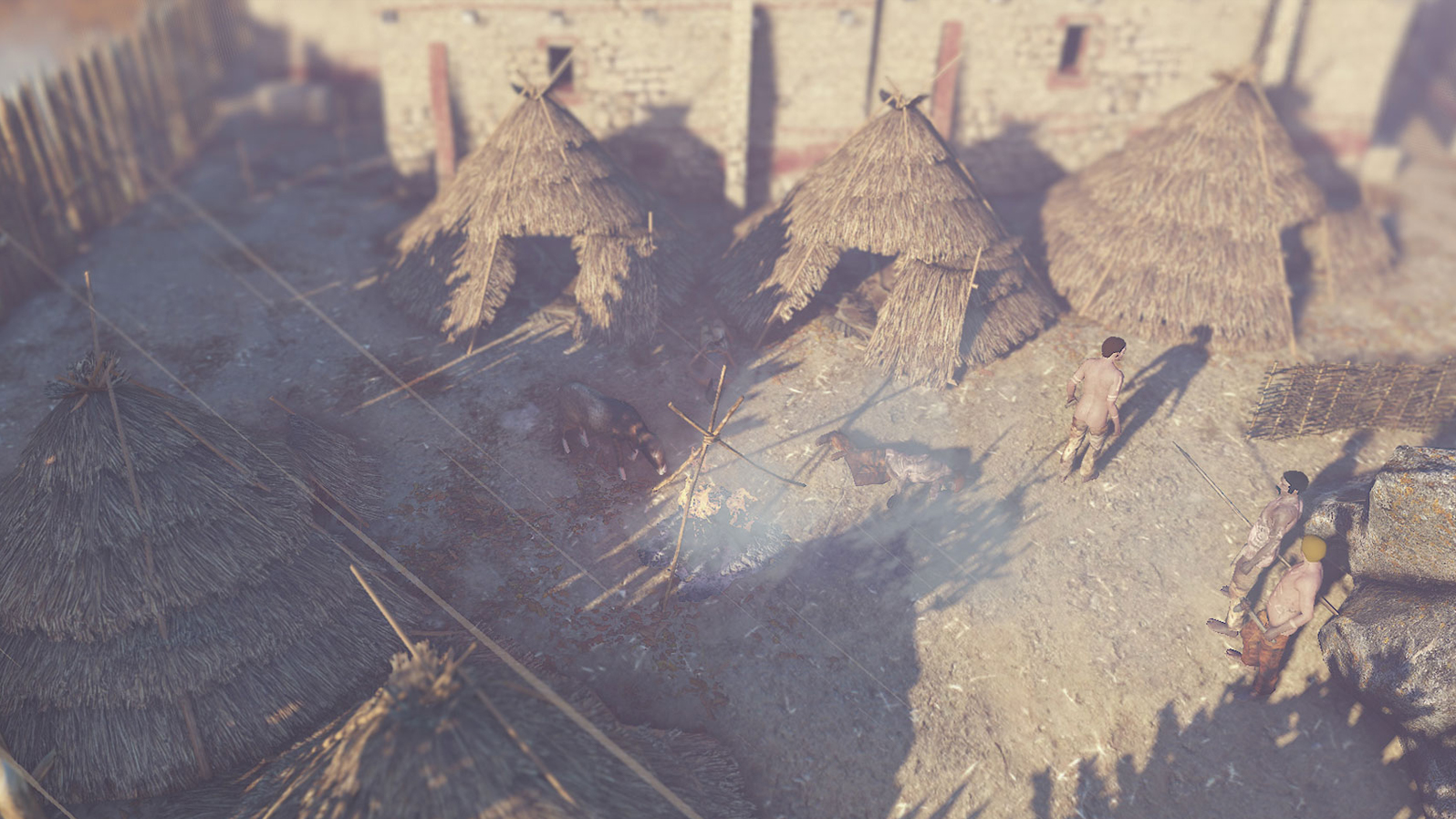 TIGW: You have said the game is set in ‘Atlantic Europe’ which presumably means at least Spain and France. Will there be any scope for maritime trade and warfare, e.g. with the British Isles?

Britain is one of the main exponents of Megalithism so it will definitely be included. Keep in mind that the first release will include a generic Atlantic and the strategic map will not exactly reveal where the player is located, as we want the player to have the related information those ancient people had. For them, Britain was only a land beyond a big river or something like that, there is no evidence of proper maps.

TIGW: The Neolithic period presents a lot of mysteries. How do you approach religion and culture in this game, when our understanding of even basic things about Prehistory like stone circles is so imperfect?

When no information is available, and this happens a lot for this age, we try to find related explanations in similar cultures that are known in the past or even the present, and build from there. Of course, Neolithic cultures were unique in a lot of senses, and that means we will have to speculate a lot. The idea is to make something plausible that also transmits what it is known and depicts something that could have been.

TIGW: Do you think players are put off when they see a time period they aren’t familiar with? Could Ancient Cities be useful as an educational resource?

When we decided to start in the Neolithic, we first thought of the Middle East where the Neolithic started. But we were a bit afraid of just that and decided to start in Europe, because menhirs, dolmens, cairns and henges were more familiar to people and were more clear wonders. But we have found that non-familiar environments work like fresh air, and bring players that are interested in trying new things. 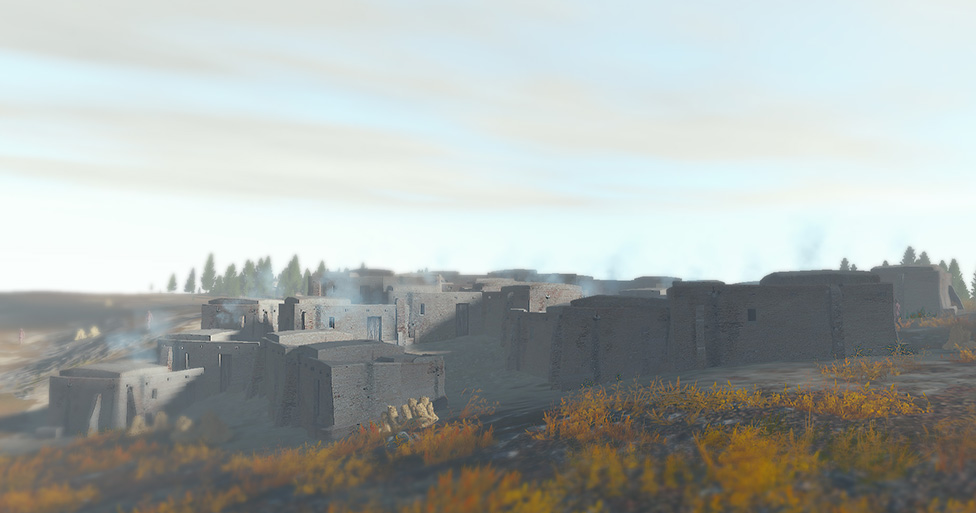 TIGW: What is the Spanish indie developer scene like? Do you meet many developers from other studios?

We were not in the gaming industry until now, so what we know about the state of it in Spain is not too much, to be honest. There are a few indie studios working in the country and side offices of some major ones. Some nice games have been developed in Spain, but since we started to work on AC we have been only working, so we have not had time to go to game events or meet other studios yet.

TIGW: Finally, what has been your best high point and your worst low point so far in the development of Ancient Cities?

So many of each one of them! [The highest points were] the moment when the game’s votes exploded in the last days of Greenlight, because that was the moment when we realized we have something that could work very well, and the final Kickstarter days when, after a year of work, reaching the funding goal meant for us that the game’s development could continue.

Creative license has to be balanced in historical games especially in the face of demands from the ever-present history buffs. And yet, when it comes to a period such as the Neolithic, creative license isn’t a distraction from historical accuracy but actually an advantage. There is such a shortage of detailed resources that the kinds of things you need to know to make a game – from how people dressed to what their buildings looked like, how they lived from day to day and the nature of their beliefs and culture – are up for speculation. Video games are therefore the perfect format to explore this uncertainty in an entertaining and accessible way.

Many games can be considered valuable contributions to the wider world; masterclasses in storytelling, studies in technical excellence, or just general artistic masterpieces, but we should have respect for developers like Uncasual games who choose to expand the cultural relevance of video games beyond entertainment into the realm of social science. While even historical reconstruction has the potential to mislead and get things wrong when it’s passed through the filter of the primary purpose – making an enjoyable game – it’s always worth shining the spotlight on teams who aren’t afraid to tread new ground and create something from which we might just learn a thing or two.

The release of Ancient Cities was scheduled for the end of 2018, but drawing on feedback from backers the studio have made some changes to their plans for the game, and this may push the release back a little. There will be no playable alpha or open beta (except for game backers) and the team hope that this means they can release a ‘polished’ game when it is eventually ready. Until then, if like us you’re very excited about this unique game, you can follow its progress on the Ancient Cities Twitter account.