Nintendo’s console has been added to Valfaris’ release, planned for 2019.

Indie publisher Digital Uppercut and Steel Mantis announced at the ongoing Gamescom that their upcoming heavy metal action-platformer Valfaris will be available for Nintendo Switch, alongside with its release for PC, Playstation 4 and Xbox One during 2019.

Valfaris, the next game from the team behind Unity Awards finalist, Slain: Back From Hell, is retro-style 2D action-platformer injected with heavy metal music. The game prides itself of featuring “brutal combat, deadly enemies, stunning pixel art and savage soundtrack”.

The story revolves around the vanishing of the fortress of Valfaris from all galactic charts, suddenly reappearing in the orbit of a dying star. As a result of this, the once self-contained paradise and grandiose citadel now plays host to an ever-growing darkness. Therion, a fearless and proud son of Valfaris, returns to his home to uncover the truth of its doomed fate and to challenge the arcane evil at its very heart. 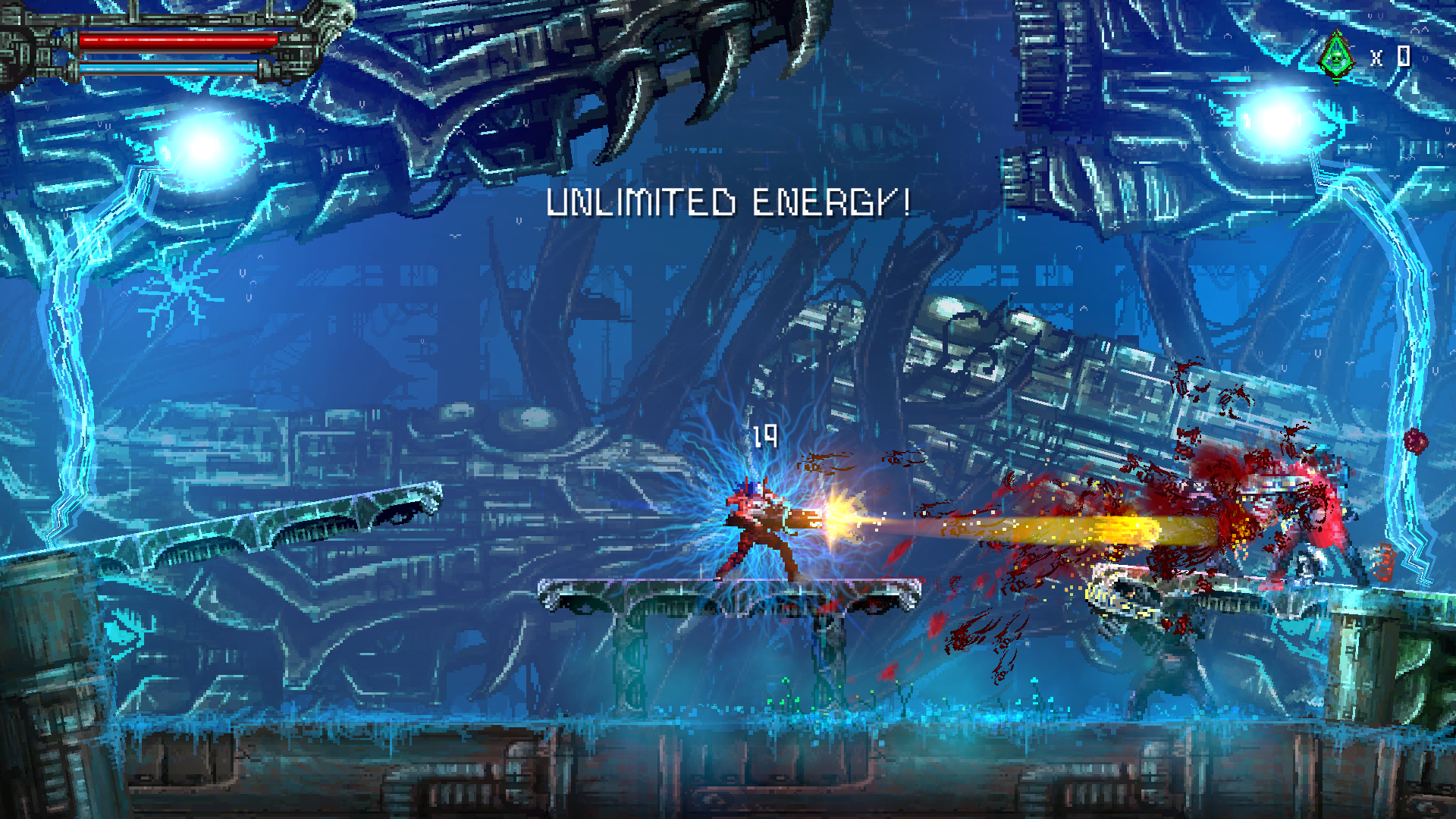 With a new set of screenshots available, Digital Uppercut hosts a closed-doors showcase of Valfaris during this year’s Gamescom. Its release is planned for 2019.