The Missing: J.J. Macfield and the Island of Memories Review 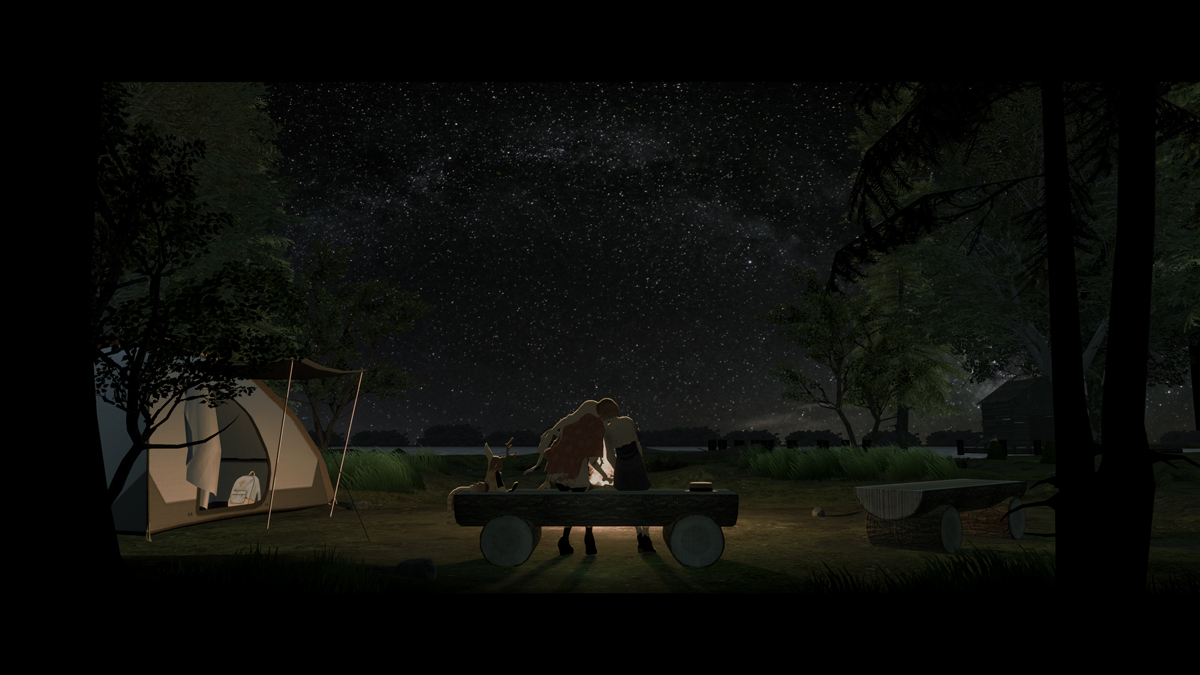 Every now and then in video games, you feel lucky enough to stumble onto something special. Not perfection, but potency. Something that has you pack up, sling your thoughts over your shoulder and attempt to see the world as someone else. The success of The Missing, White Owls’ dark puzzle platformer, isn’t owed to its unique mechanics or careful treatment of sensitive subjects, but its earnestness. As the game makes clear from the get-go: no one is wrong for being what they are.

J.J. and Emily head off on a camping trip to the mysterious Memoria Island. They laugh, chat, and fall asleep in each others’ arms under the stars. Upon waking, J.J. discovers that a storm has hit, and Emily is missing.

In the first few hours, The Missing feels somewhere between Twin Peaks and a particularly abstract anime. Developed by Hidetaka ‘SWERY’ Suehiro, the mastermind behind the cult classic Deadly Premonition, The Missing is a buffet of weirdness, fusing overwrought voice acting, high-contrast art direction and rampant symbolism. It’s jarring but compelling, and makes for a few well-earned rug pulls later on.

The core gameplay of The Missing is in collecting doughnuts and solving puzzles. Doughnuts are scattered throughout the world and those out of reach can be knocked loose from their invisible tethers courtesy of a well-placed projectile. Stowing the pastries offers little reward (mostly alternative costumes for J.J.) but serves as a good bit of side-fun as you progress.

Memoria Island is chock-full of hazards but after a traumatic event, J.J. finds herself almost immune to death. Blades, burning, blunt force trauma – these aren’t dangers but tools for success. A bushel of razor wire may cut you clean in two, but it can also allow access to a particularly narrow gap. Putting yourself in the path of a wrecking ball may snap your bones like twigs but it will also invert the world, shooting you up to the ceiling and a previously unreachable switch. It’s an interesting spin and the violence is lessened by a near rotoscoping effect that keeps hidden most of the gory detail. 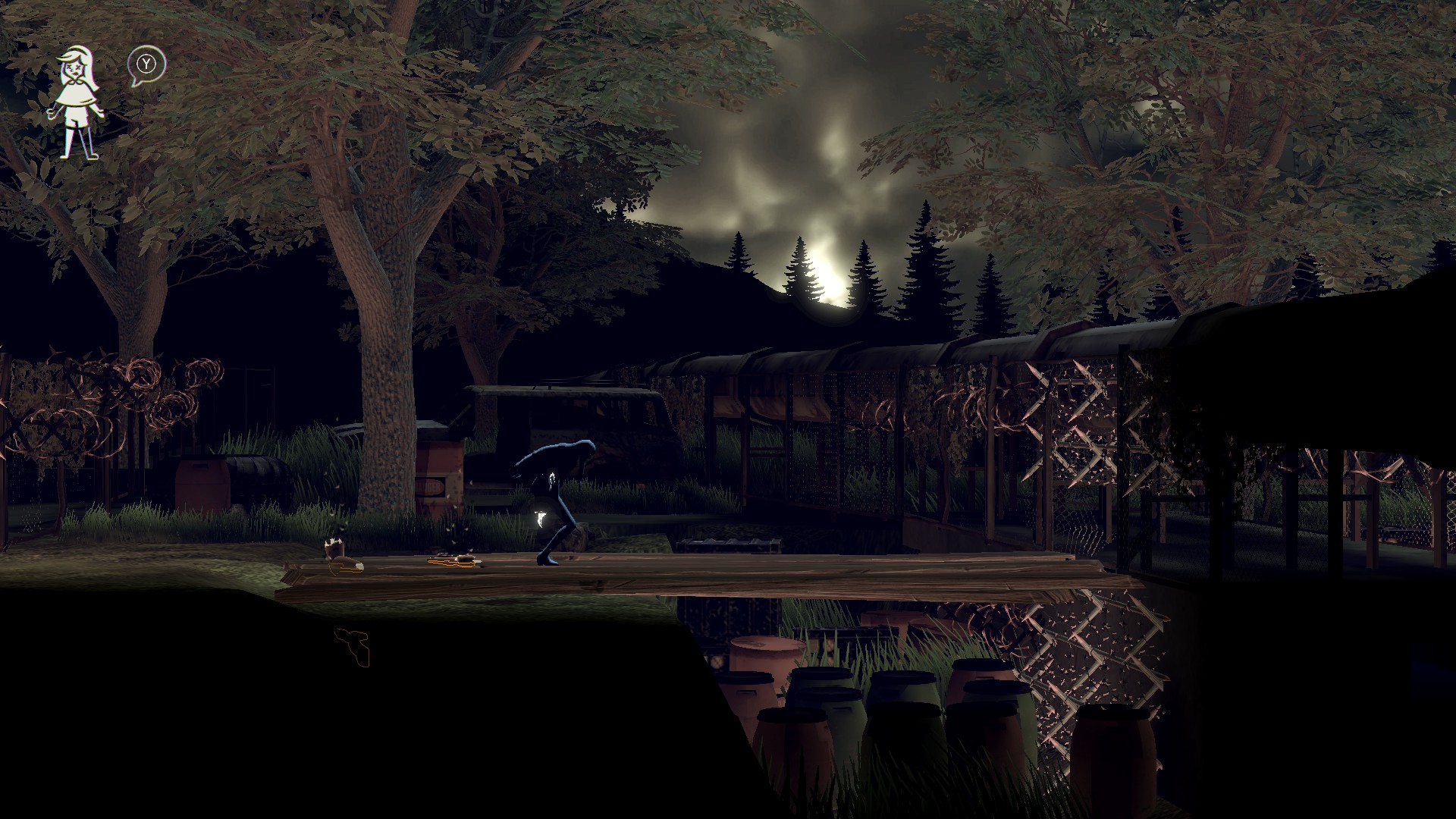 After her accident, J.J. can also regenerate at will. This means that any injuries sustained whilst puzzle solving aren’t life-threatening, but mere inconveniences. Invulnerability aside, you never feel good putting her through it all, and the game guarantees the guilt in J.J.’s fragile form and frequent howls of pain.

The Missing’s puzzles are ninety-five percent clever with a smattering of annoyance. Most challenges make sense, and serve as satisfying snippets of brain work. Others lack signposting, and tie directly into one another. A few areas in particular will have you slowed to a crawl, wondering if you’ve missed something or simply tackled things in the wrong order. The solution is there; it just needs a bit of untangling. 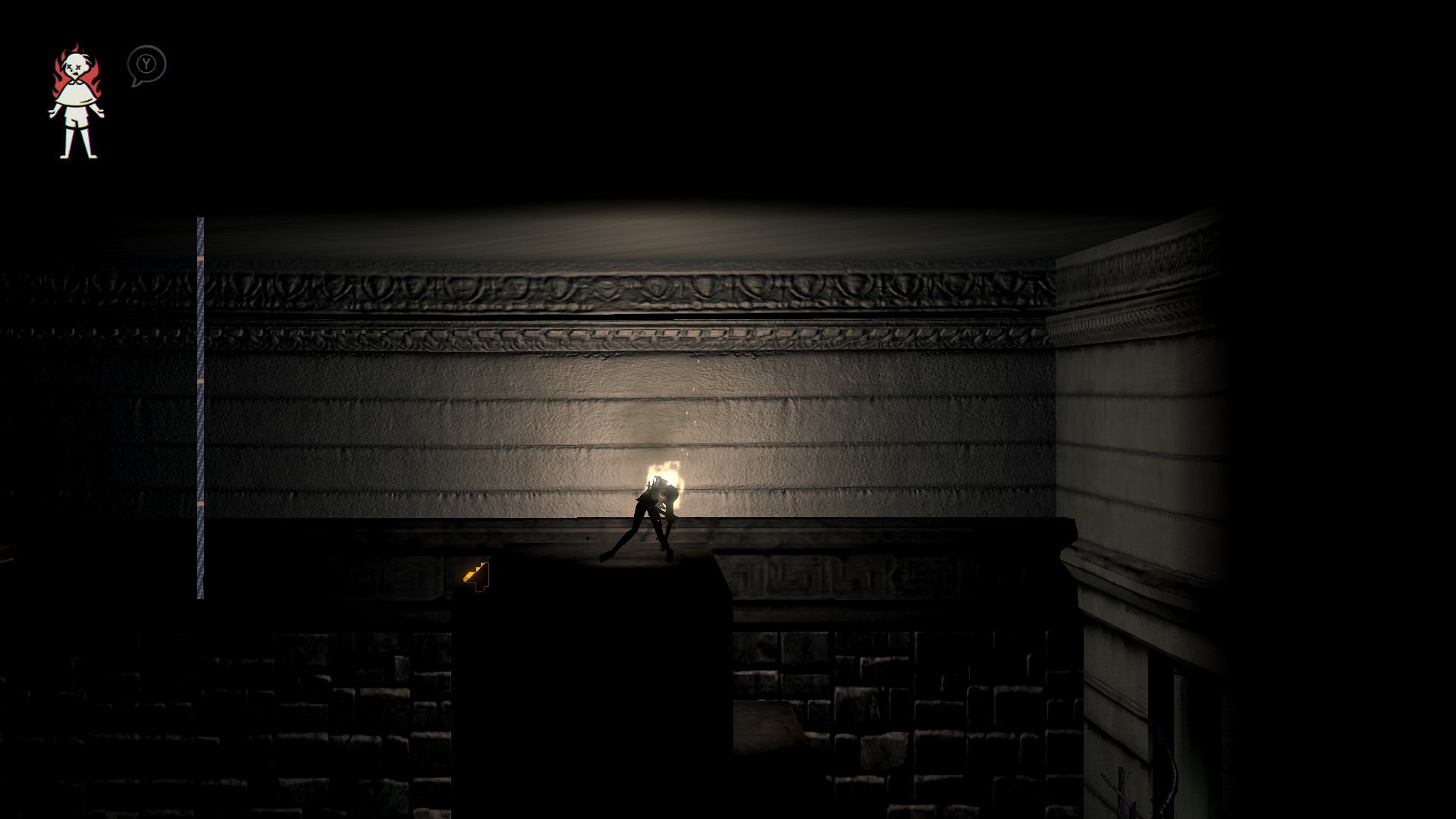 The game’s story is far and away its shining star. Themes of love and identity tie in beautifully with the grim gameplay and underline a journey of deep personal torment. The pacing is excellent and plot points are conveyed through hallucinations and text messages – those sent and received by J.J. Though annoying at first, these emoticon-riddled sticker book interactions feel authentic to someone in their late teens, and do a great job fleshing out the game’s relationships and having you care for the cast characters – all of whom you almost never see. 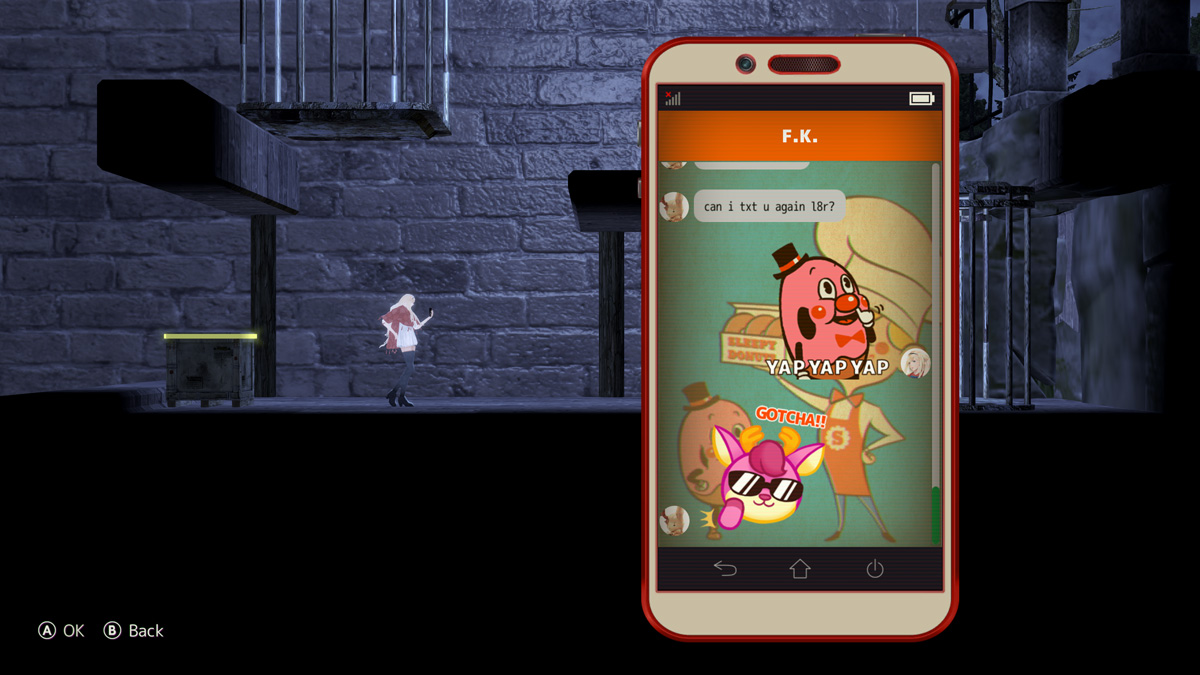 The Missing could well be the most honest game I’ve ever played, and it’s tricky to say why without taking from its most powerful moments. White Owls has crafted a compelling and respectful experience that seeks to listen more than most. If you aren’t opposed to weirdness, and looking for the most out of the medium, book a trip to Memoria. It’s well worth it.