Cloud Gaming Is The Future, And It’s Up To Indie Devs To Prove That

What leverage could cloud gaming provide for independent developers?

Getting to grips with the rumour mill – and the surprising leverage it provides indie devs interested in cloud gaming. 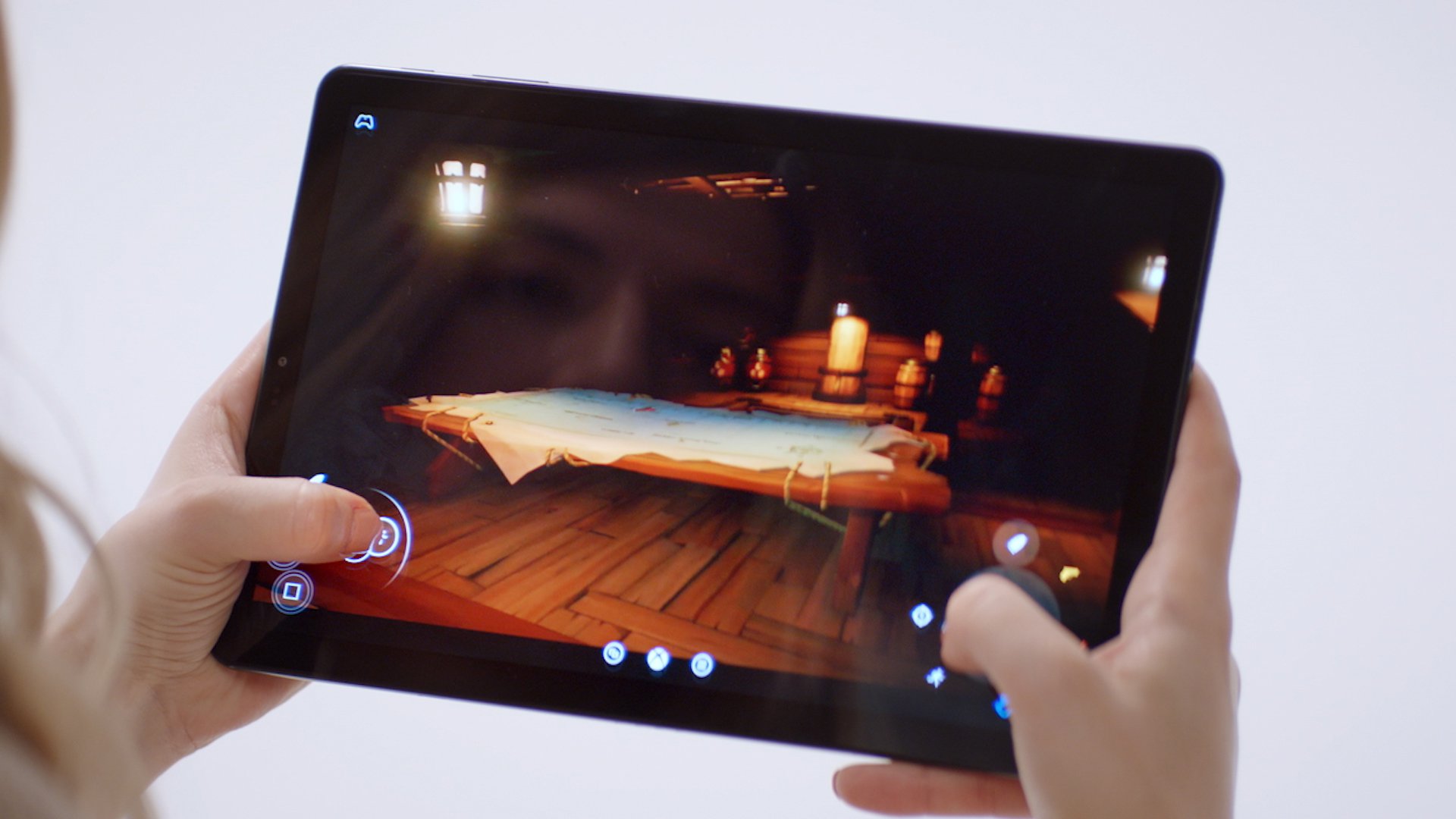 In today’s world of limitless 4G data bundles, high-powered smart devices and Netflix it’s easier than ever to rely on the cloud for all your entertainment needs. While ownership is rapidly becoming a thing of the past, convenience and access are a growing commodity. It’s in this landscape that the video game industry finds itself in now – one of high demand and low personal risk to the consumer. Cloud gaming will fundamentally change the way the video game industry operates, and at the moment only the indies can lead the charge.

Working From The Ground Up

Cloud gaming isn’t a new phenomenon. It would be inconceivable to consider the gaming industry as existing in a streaming-proof bubble over the last 10 years. However, projects like OnLive and Crytek’s forward-thinking developments with Crysis in 2005 have been doomed to fail until the technology required to provide seamless streaming quality caught up with the ideas of the industry.

The fundamental problem with cloud gaming is the same fundamental problem that infuriates any player partaking in team deathmatch: lag. If Netflix can’t retain a stable connection to its servers, it will buffer for a few seconds. If Spotify latency dips you might have a longer pause between songs on your playlist. If your video game drops out, however… well, there are plenty of World of Warcraft freakout videos online to demonstrate the results of that.

Not only does streaming a video game require exponentially more data to-ing and fro-ing from server to device, but it’s essential that this data is sent at lightning speed, otherwise the whole experience collapses. That’s the problem facing cloud gaming: the need for new tech and, crucially, the need for that tech to perform at its best. 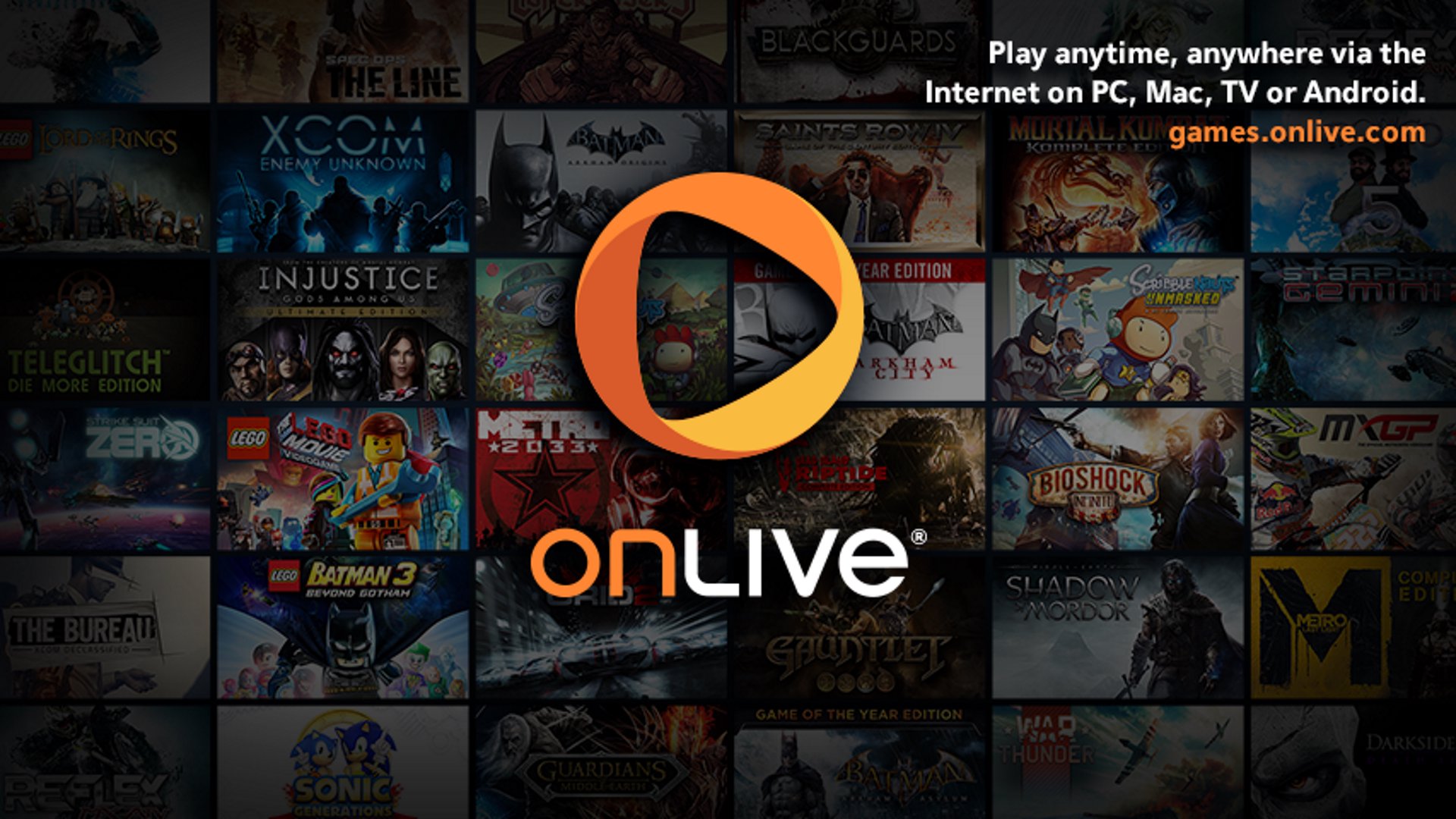 If developers can go beyond these limitations and rethink this crucial problem, we could see major strides forward. That’s not to say it wouldn’t be considerable work – just the kind of work that would scare off many triple-A companies, I’d like to add. But resolving the issues directly in the code is a solution, albeit a far off one, that could show some promise.

If companies who are already taking strides in optimising cloud gaming took to the developers in their plight to streamline online games, we could see great benefits. This idea would involve building games designed for streaming from the ground up, integrating the capacity for seamless cloud-based streaming directly into the fabric of the game, allowing it to potentially bypass previous milliseconds of load time. If this was the way forward in cloud gaming technology, it would be the indies who led the way.

Independent developers are in the best position to be experimenting with their code in this way. The concept presents far too much risk to make it past even the foyer of a triple-A company, and yet indies are consistently hungry to be the first to tread new ground. While it could be argued that this kind of blue-sky resolution is a few years off yet, after all even EA, Nvidia, and Sony aren’t concerning themselves with this kind of bottom-up approach, we’re starting to see a movement towards taking the strain off the streaming servers in the wider industry.

Like them or not, Microsoft was there at the beginning of the indie golden era. Their Xbox Live Arcade software brought independent gaming to the mainstream masses, and with it propelled now-household names into the limelight of the industry. Now, they’re back.

Rumours were rumbling at E3 this year of a potentially streaming-only console labelled Project Scarlett heading out of Microsoft’s offices soon. Then, last month, Microsoft announced Project xCloud, the company’s streaming service debut. Now, whispers of a disc-less console heading to Xbox fans’ homes are filtering through news sites and blog posts. If Microsoft are, in fact, at the forefront of the first streaming-only console, they’re doing indies a massive favour – especially if we take the view that building for streaming from the ground up will be in the hands of the bedroom developers. 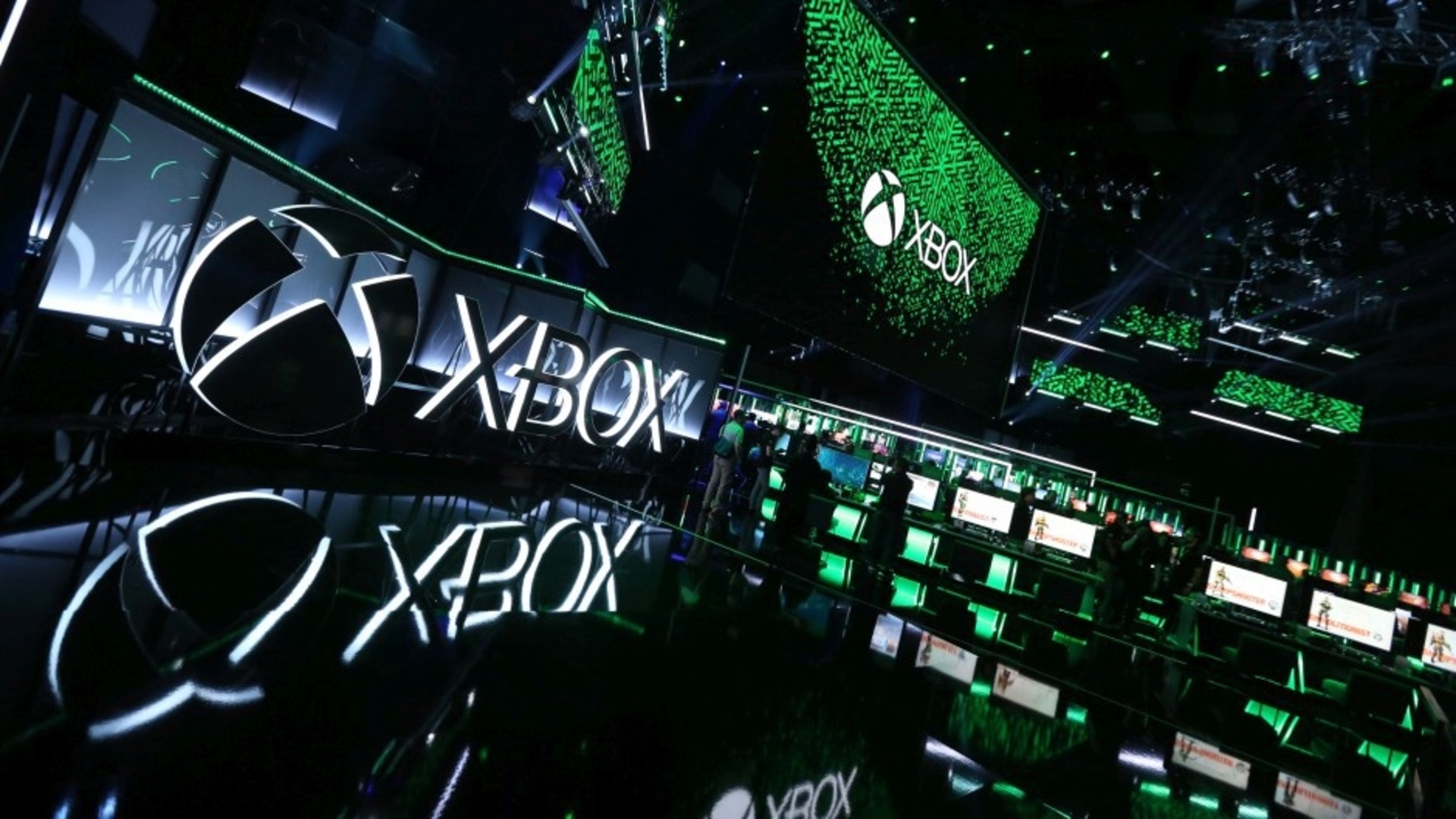 “The catch here is that Microsoft thinks it has figured out how to handle the latency-sensitive aspects of gaming. The cloud console will have a limited amount of compute locally for specific tasks like controller input, image processing, and importantly, collision detection. The portion of the game that runs locally, some have referred to it as a slice or splice, means that the game is ‘running’ in two locations at the same time and utilizes Microsoft’s cloud to stitch it all together.”

Part of the work is done by the console, part of the work is done by the servers. It’s a step towards this ground-up development process, and further fuel for the understanding that cloud gaming will change even fundamental processes of the video game industry. So where do indies sit here? Well, Microsoft has already provided an important rung on the independent ladder in the form of Live Arcade, so who’s to say the next step isn’t this cloud gaming solution? Combined with the readiness of indies to take the time and risk involved with creating games that incorporate these solutions, it’s very much within the realm of possibility that indies will be holding the fort for Microsoft’s early xCloud offerings.

It just takes one developer to jump, to get ahead with new processes and see success. After that, others will follow. If independent developers are going to make cloud gaming work for them, they can’t be scared to be the first to see success with it.

Indies are also uniquely poised to take advantage of the benefits of cloud-based technology. EA’s Project Atlas looks to unify a number of processes for developers, a concept that proves particularly appetising for independents. In a recent blog post, CTO Ken Moss explained that “right now, developers have to spend a lot of time making fragmented services work together. Time and resources that could have been spent on creating new gameplay, concepts, story, or characters. We’re solving for some of the manually intensive demands by bringing together AI capabilities in an engine and cloud-enabled services at scale… game makers will free up time, brain space, and energy for the creative pursuit”. 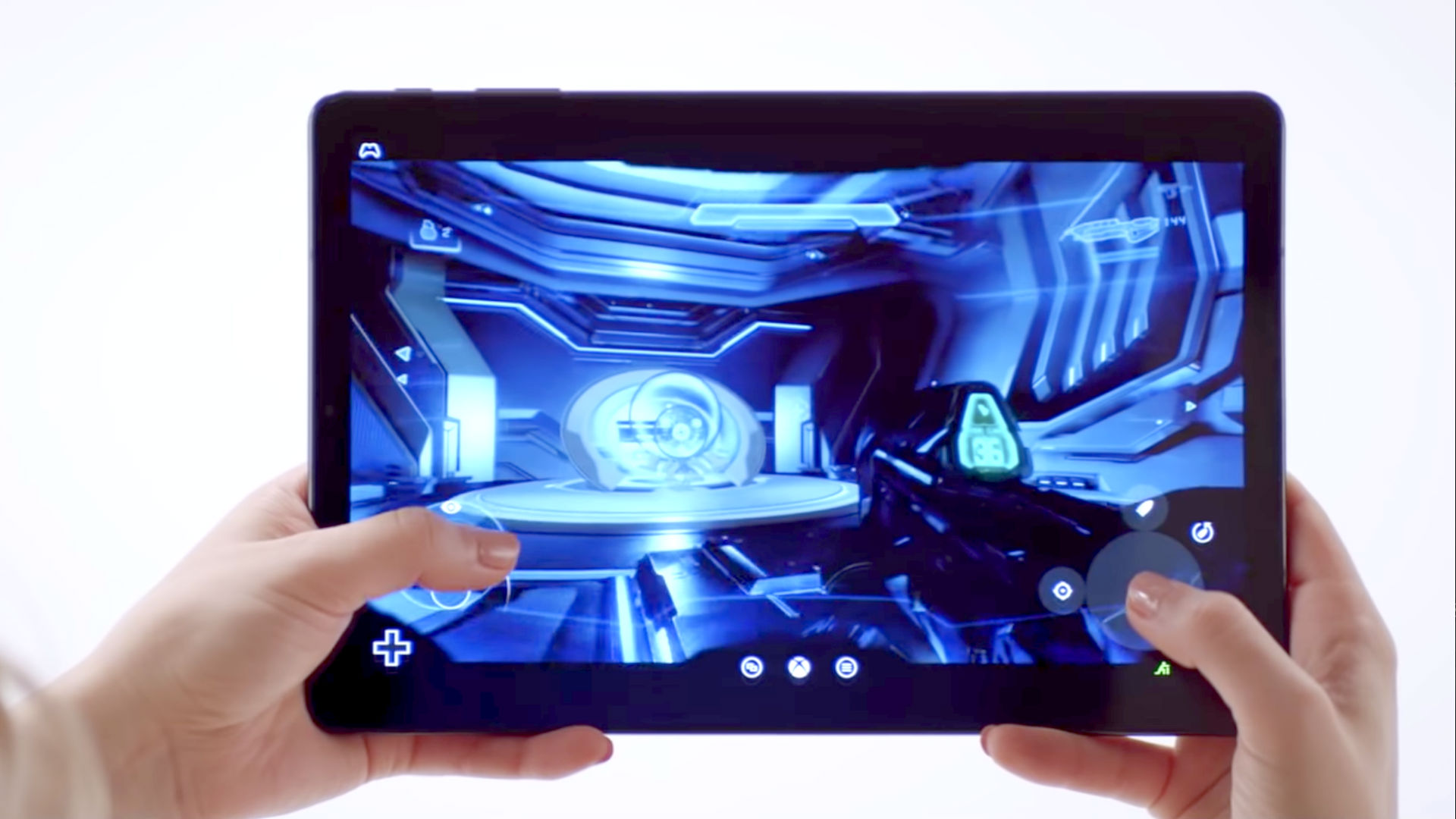 Microsoft’s purchase of PlayFab at the start of 2018 was a sign of things to come in this respect. The company’s use of this backend software to bring online multiplayer capacity to the every-developer is a promising sign for indies in the cloud gaming scene. “Launching an online multiplayer game is challenging as it requires solving the complex issue of how to scale multiplayer servers without pulling resources away from creating the actual game,” explains Kevin Gammill, general manager of cloud gaming at Microsoft. PlayFab streamlines this process, using cloud-based technology, to break down technological and time-consuming barriers to creating an online multiplayer title, opening the genre to independent developers.

These online multiplayer titles are likely to be the first conduit of cloud based gaming. They represent the easiest way to integrate the cloud into playing habits and the general industry landscape. An online multiplayer game essentially already exists as a cloud-based experience, but is also primed to introduce the industry to the idea of streaming softly.

What’s In It For Indies?

We’ve seen how independent developers are in a perfect position to be experimenting with the potentially key-holding technology required for seamless cloud gaming. So what’s in it for them, apart from being the first to approach this sector? There are many fears surrounding the existence of distribution models that indies have come to rely on after the age of cloud gaming. No longer will developers be able to sell their game individually, direct to consumers. Instead, they will have to adopt a model of selling their experience to a service provider, who will, in turn, provide the consumer with the option to play that game. The Netflix model works for documentarians, drama series creators, and independent filmmakers, but will it work for a product that often requires years from an intricate, highly skilled, dedicated workforce? 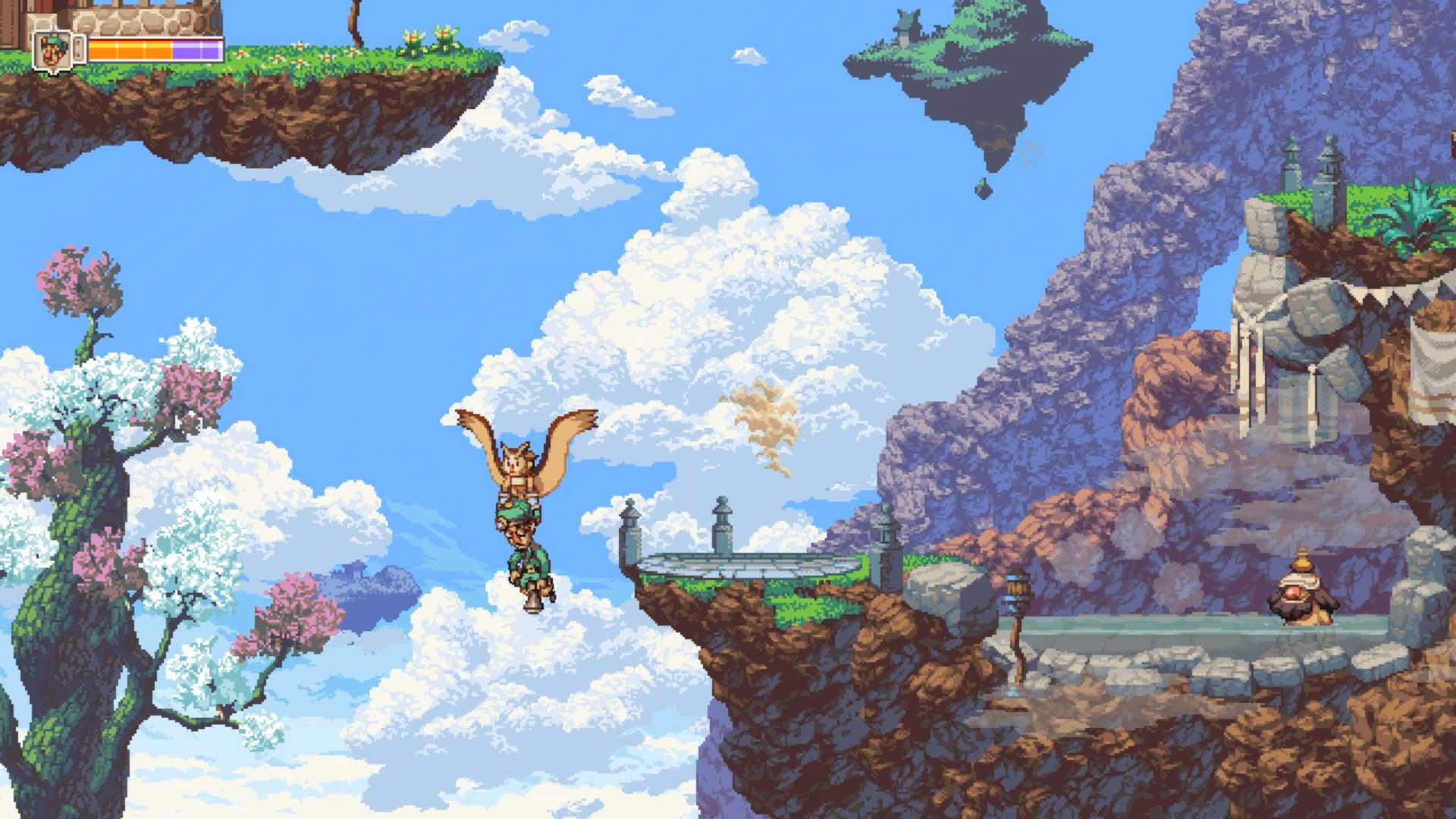 There is light at the end of the tunnel in terms of creative freedom, however. In the age of streaming, deciding to play a game is of minimal personal risk to the consumer. They won’t be shelling out to purchase the title and won’t be worried about wasting that cash should they decide the game isn’t for them. If they don’t like it, they can just stream a new one. People will be more inclined to try new types of games and give smaller development studios a chance, opening the floor to some of the more novel, unique forms of interactive entertainment waiting to be developed.

It will by no means be a smooth ride, but the journey to cloud gaming doesn’t need to spell the end of indie gaming, and indie development, as we know it. Instead, indie developers can take charge and start taking steps ahead of the triple-A pack to get their foot in the door and take advantage of their unique position within the industry.