The Gardens Between wanders onto Xbox One

Get ready to experience some nostalgic childhood wonder.

The Gardens Between, the adventure puzzle game from Australian developers The Voxel Agents, is bringing its nostalgic childhood wonder to Xbox One today. Named Game of the Year at the 2018 Australian Game Developers Awards, embark on an emotional journey with two best friends, headstrong Arina and thoughtful Frendt. Twist time forward and backward, guiding the duo and solving puzzles through a surreal world of mysterious garden islands. Completing a series of levels ignites constellations, filling the skies with memories of precious moments they’ve spent together.

Interact with objects from their shared past and explore the foundations of the duo’s friendship. Adventure through a gorgeous, dreamlike world based on cherished memories, reliving situations that highlight what makes Arina and Frendt’s bond so special and understand what must come to an end. Simon Joslin, co-founder of The Voxel Agents, recently had this to say about the narrative of The Gardens Between and how it can help players find themselves within it.

“As we grow up, childhood friendships are something we lose sight of. We forget how truly special those bonds were and the fact they were our entire world at the time. The Garden’s Between delivers a story we believe everyone can find a piece of themselves in.” 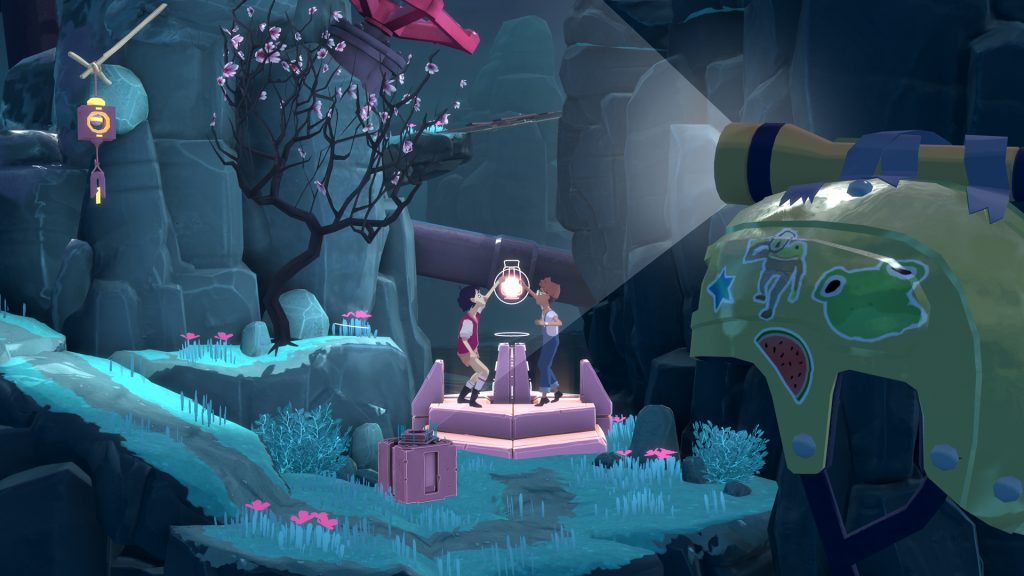