RimWorld developer reveals the game could have been very different

We discuss early concepts with the developer of Steam’s best-reviewed game of 2018.

Just after Christmas Tynan Sylvester, creator of RimWorld and founder of Ludeon Studios, stumbled across some very good news. The sci-fi colony sim that he spent several years developing after leaving Irrational Games was ranked the highest player reviewed game on Steam for 2018, above games such as Celeste and Subnautica. When we spoke to Sylvester recently in an interview, he detailed the interesting journey RimWorld took to full release, and just how different the game could have been.

It all started for Sylvester after he left Irrational, the studio where he spent four years developing Bioshock Infinite: ‘‘I’d been doing mods and a lot of personal projects before I worked at Irrational,’’ says Sylvester. ‘‘I found it plays more to my strengths to work just as an individual as compared to working in a giant triple-A office with all sorts of processes and such.’’

But he didn’t land on the idea for RimWorld straight off the bat: ‘‘What I did was start making prototypes,’’ says Sylvester. ‘‘Based on the notion that I had that I tend to find that games really work or not and you can tell that fairly early on especially if you’re working on something new.’’

With this process in mind, Sylvester was ‘‘committed to the idea of getting a core that was really strong that would make all [his] polishing efforts later on worthwhile.’’ The quicker he cycled through prototypes, the faster he could land on a core idea that really worked. 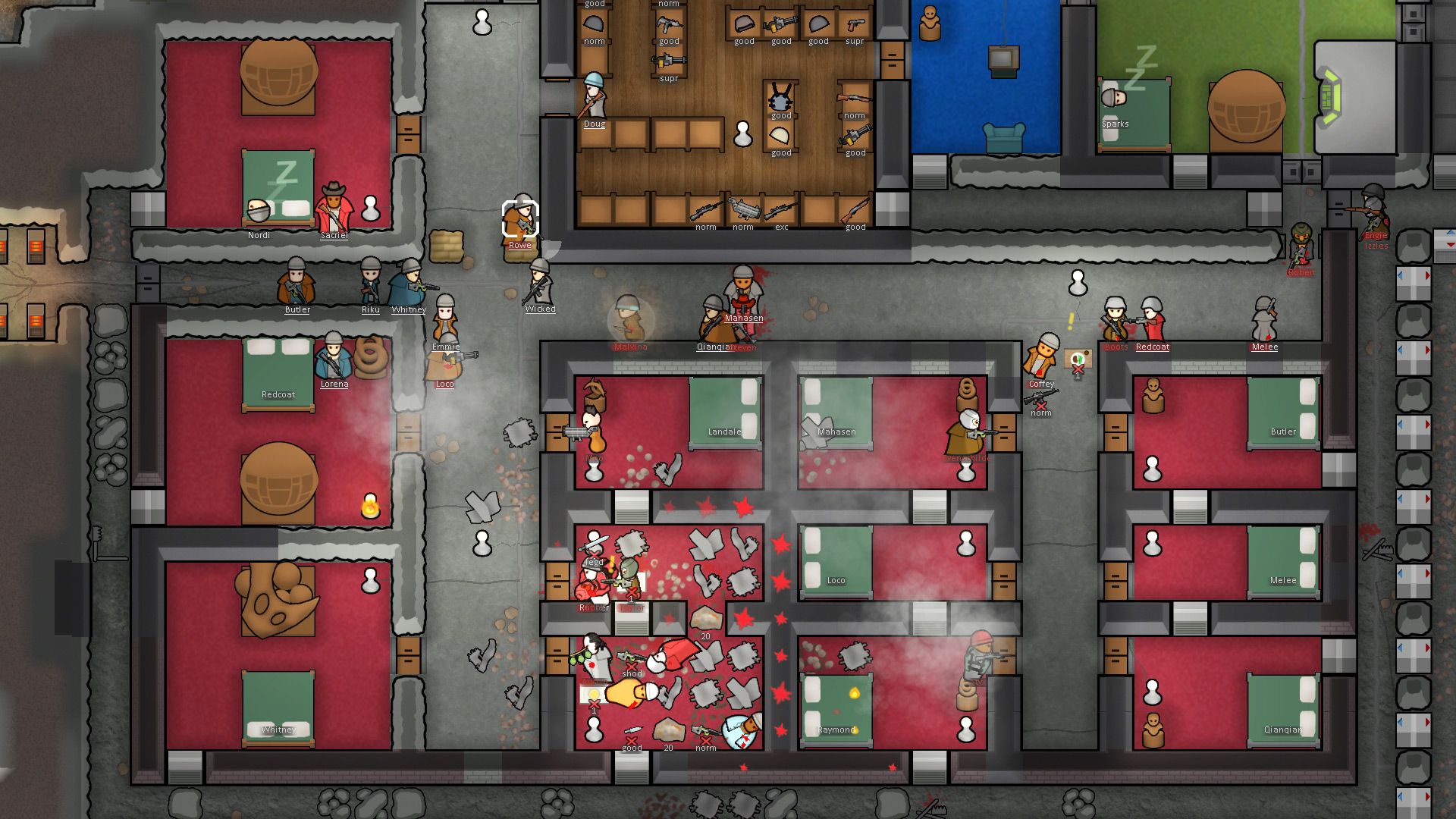 One of the first prototypes he worked on was a roguelike RPG game that was “a bit like Project Zomboid,” but it became less fun after a month of play, so he dropped it. The next was a bonkers concept that was like “Smash TV with magician warlocks fighting in an arena for money,” called Animus. It also had tower defense elements and was set to synchronised music. It’s hard to imagine how crazy this would have been, and even Sylvester admits that he was ”trying to do too much.”

Next up was a mercenary management game that was “sort of like Football Manager, but you’re going on missions to try and do whatever the client wants.” says Sylvester. “So if you played Hitman, imagine if you were managing the organisation that sends 47 out to kill people; instead of playing the assassin you’re playing the people that manage the assassin.” Sylvester dropped this idea because it wasn’t “working quick enough,” and decided to move on to something else.

That something else was a starship management that would eventually go on to inspire RimWorld after Sylvester found the original concept “kind of boring.” After having some trouble with airlock logistics, Sylvester made the decision to make the game’s location more grounded – literally bringing it down to Earth. This is how Steam’s best-reviewed game of 2018, RimWorld, came to life.

And how did he know that this was the game to stick with? ‘’I knew RimWorld was the game when I had some friends test it and they wouldn’t leave my house,” says Sylvester. “They kept falling asleep, we were literally falling asleep.’’ Which is a pretty excellent review in itself.

To find out more about RimWorld, visit its Steam page.