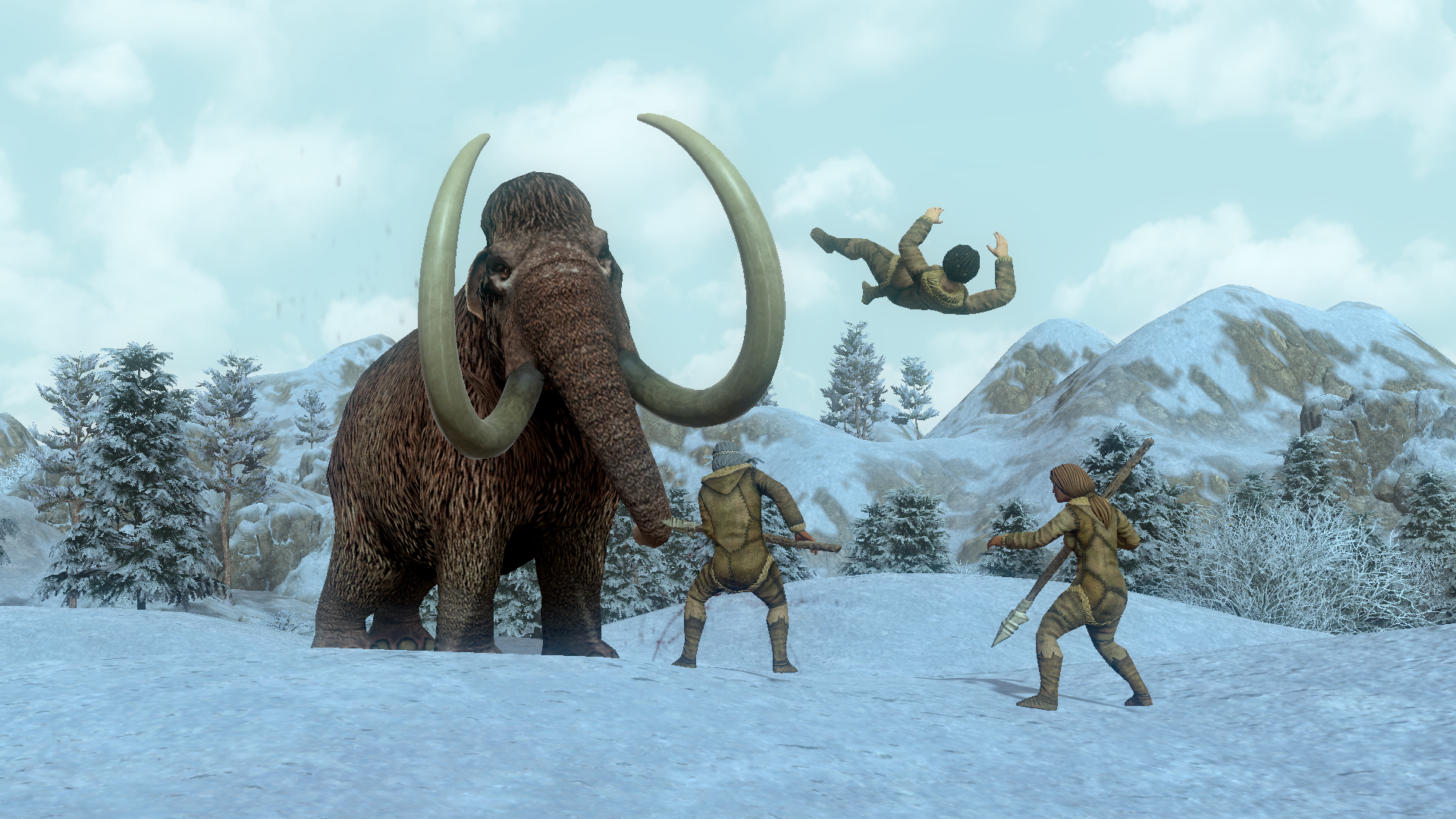 Survival city-builders have to get the right combination of keeping the player invested in monitoring their resources and micromanaging their citizens, while at the same time putting them in the role of making decisions on which technology to research next and guide them through difficult times as a true leader. With this in mind, Madruga Works’ Dawn of Man is a well-executed survival management title from the studio that brought us Planetbase.

Dawn of Man takes players on a long journey from the ancient Stone Age all the way through the Iron Age, spanning over ten thousand years of civilization. There’s a real feeling of satisfaction when you successfully manage to carry your population through the difficult times or hunt one of those massive mammoths roaming the land. Dawn of Man does a wonderful job of introducing you to its mechanics through its simplified tutorial and easy-to-navigate UI. It doesn’t overwhelm you with actions and instead focuses on making your experience about managing your population and making sure they survive whatever comes in their way. 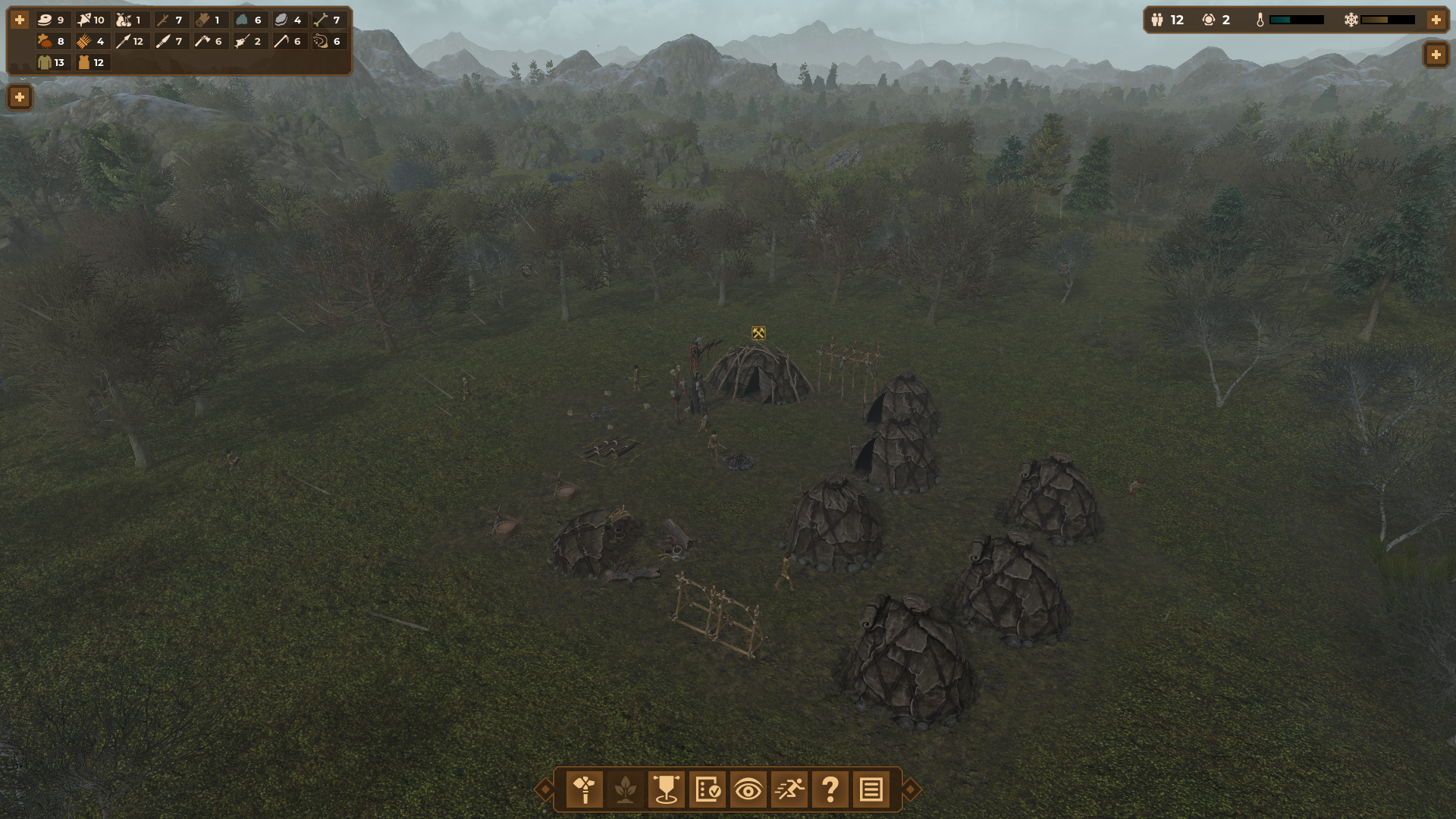 There is the basic build function, where players can choose whether to build more residence buildings for a chance of higher population or production-oriented facilities to further the industrial sense of the population. But the feature I particularly enjoyed was the work areas assignment. You assign a number of people to a certain area you mark on the map to gather a certain type of resources, hunt down animals, fish, or harvest and collect wild plants. This makes your life so much easier, and you can even control the maximum amount of resources you want so whoever assigned to that area will stop working once they reach it.

‘Primal vision’ is another innovative feature. It freezes gameplay and offers players an informative colourized vision of the world around them. It is most efficient in evaluating how dangerous the animals around your settlement are, and estimating how many of your people you need to send out to hunt it down. The game succeeds in diversifying the animal kingdom around you depending on the age you are currently in, including mammoths, woolly rhinos, ancient bison, megaloceros, cave lions, tigers, and many more. Hunting down these animals gets easier as you progress and research better hunting tools, which brings us to the technology system. 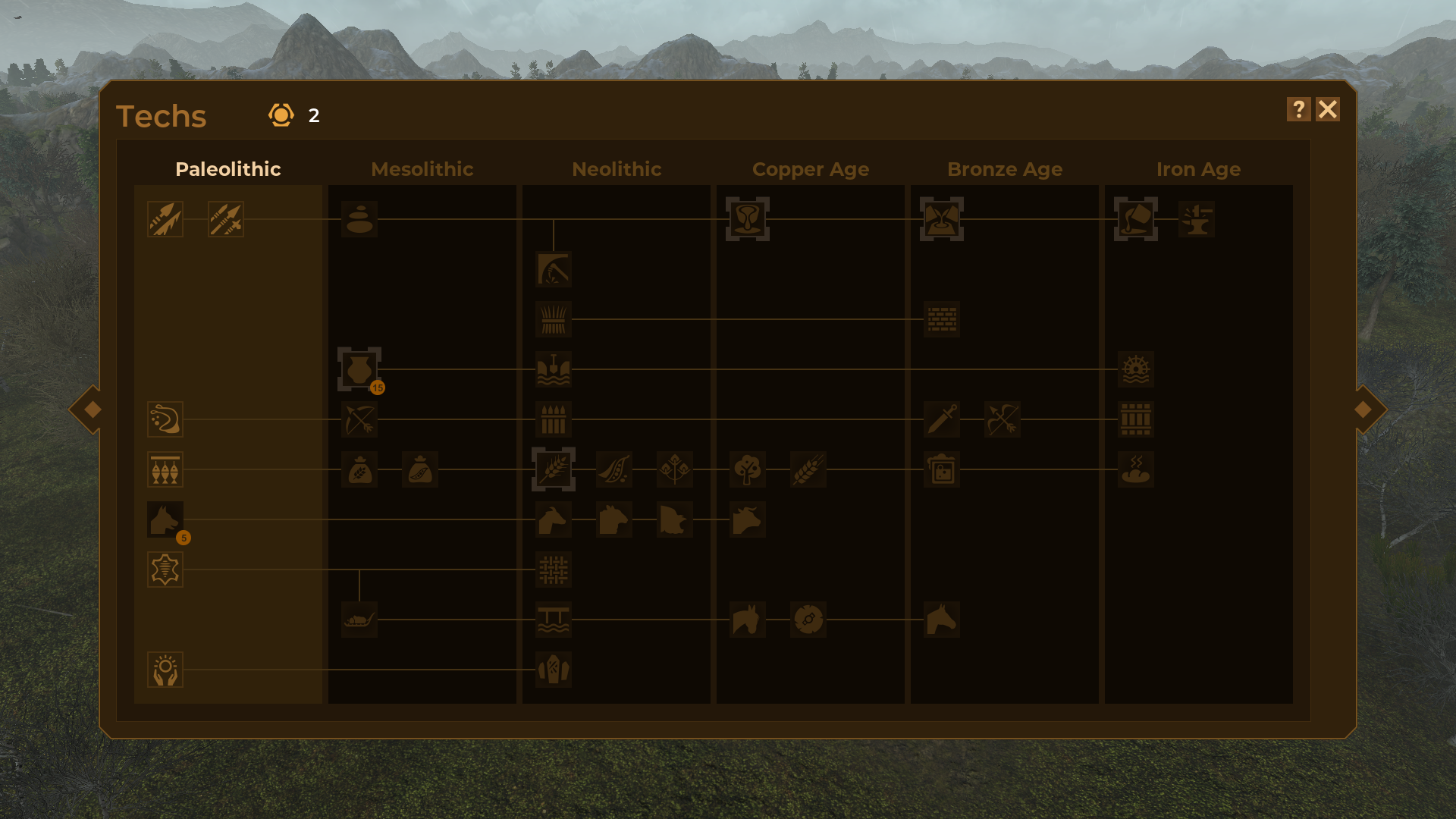 Dawn of Man rewards players with knowledge points when they achieve milestones, such as collecting a certain amount of resources, the first time killing an animal, surviving through winter or a natural disaster, trading, and other miscellaneous activities. It’s designed for the accumulation of knowledge points to come naturally through playing the game so you don’t have to go out of your way to earn them.

Knowledge points are spent in researching new technologies to craft new hunting tools, build better facilities, domesticate animals, and fortify your settlement. They can be spent freely; however, you are constrained with the age you are in at the time. You are free to unlock technologies in whatever order you choose, and this is where you need to make choices, since certain technologies will help you more than others, especially early on. 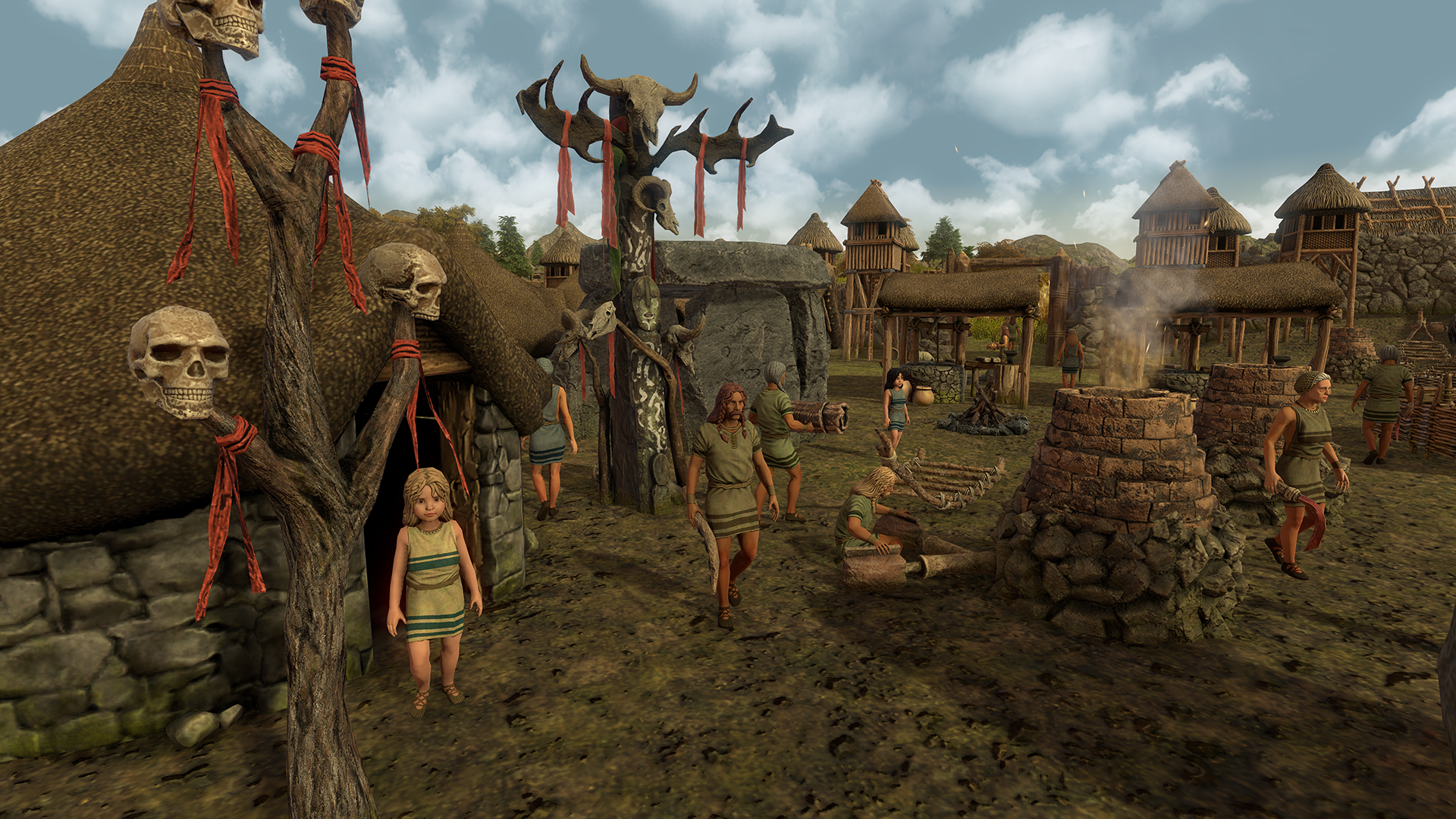 There are three main ways you can play the game, either through its freeplay scenarios or challenges. The freeplay scenarios start you off with a basic settlement, and you have to accomplish milestones before unlocking the next freeplay option, with three available in total. The later stages are the most compelling and entertaining, where players are often raided and have to protect their settlements from various threats. The challenges section confines the player with a certain set of rules and a goal they have to accomplish with the limited resources they have at their disposal. At the time of writing this review, there were no community created challenges or scenarios to try out.

Overall, Dawn of Man is a well-developed survival city-builder with the necessary tools to keep you invested and coming back for more. I rarely encountered any bugs or game-breaking issues throughout my playtime, which is always a good sign. If you want to spend time building and developing your own civilization through the ages, don’t hesitate to give Dawn of Man a try.