What’s on the other side of the door?

What’s on the other side of the door? 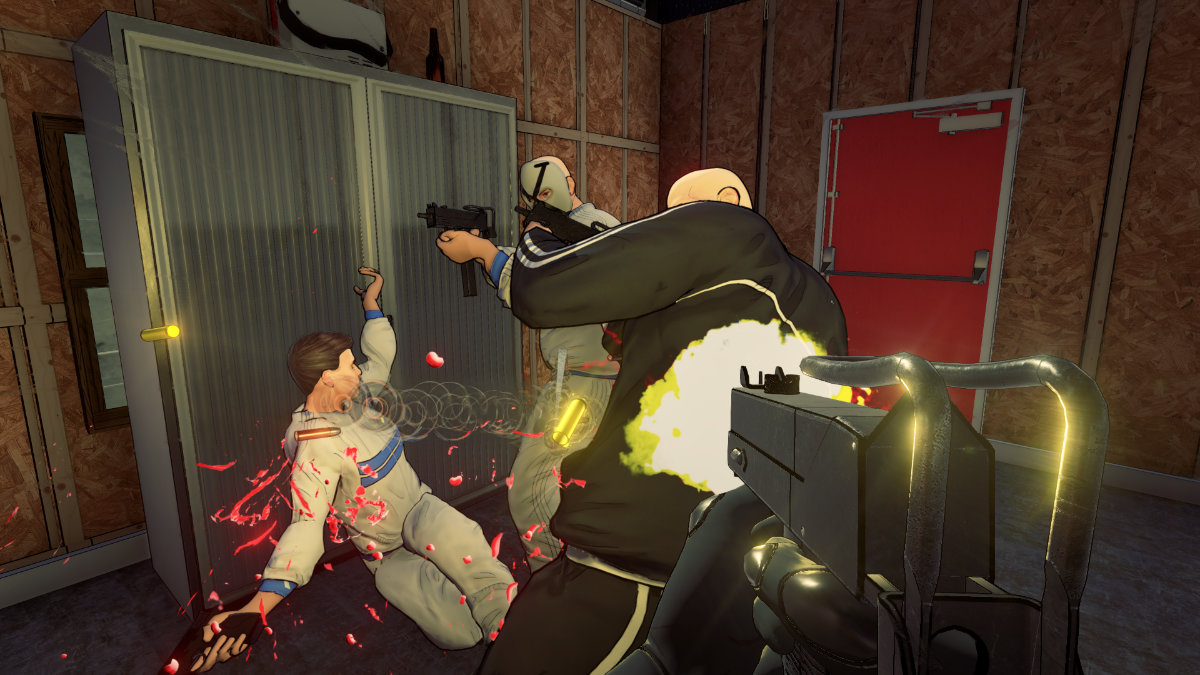 Ever wondered how would it feel to be an FBI agent crashing into a drug cartel’s lair and planning how you will breach every room in the building with your crew? Well, you can sate your curiosity through RICO – at least until you get the chance to become a real FBI agent. Developed by Ground Shatter and published by Rising Star Games, RICO offers a single and co-op tactical shooter experience with Borderlands-like graphics and plenty of blood splashing around.

RICO isn’t your traditional tactical shooter. It offers over-the-top action with hench gang members running frantically at you with axes and screaming (honestly one of the most satisfying enemies to eliminate). Primarily it’s a co-op experience in which you group up with a buddy and carefully plan how to breach each room. At least, this is what you start off doing, but after knocking down some doors and getting the hang of things, you find yourselves busting down doors more recklessly.

At the time of writing the online functions weren’t available, but I played locally with friends. Whereas it starts off with lots of strategic planning it always ends in spraying a full magazine’s worth of bullets while screaming at the top of your lungs. This is what RICO is made for. It tries to give you the sense of being a serious tactical shooter experience, but it is far from it. 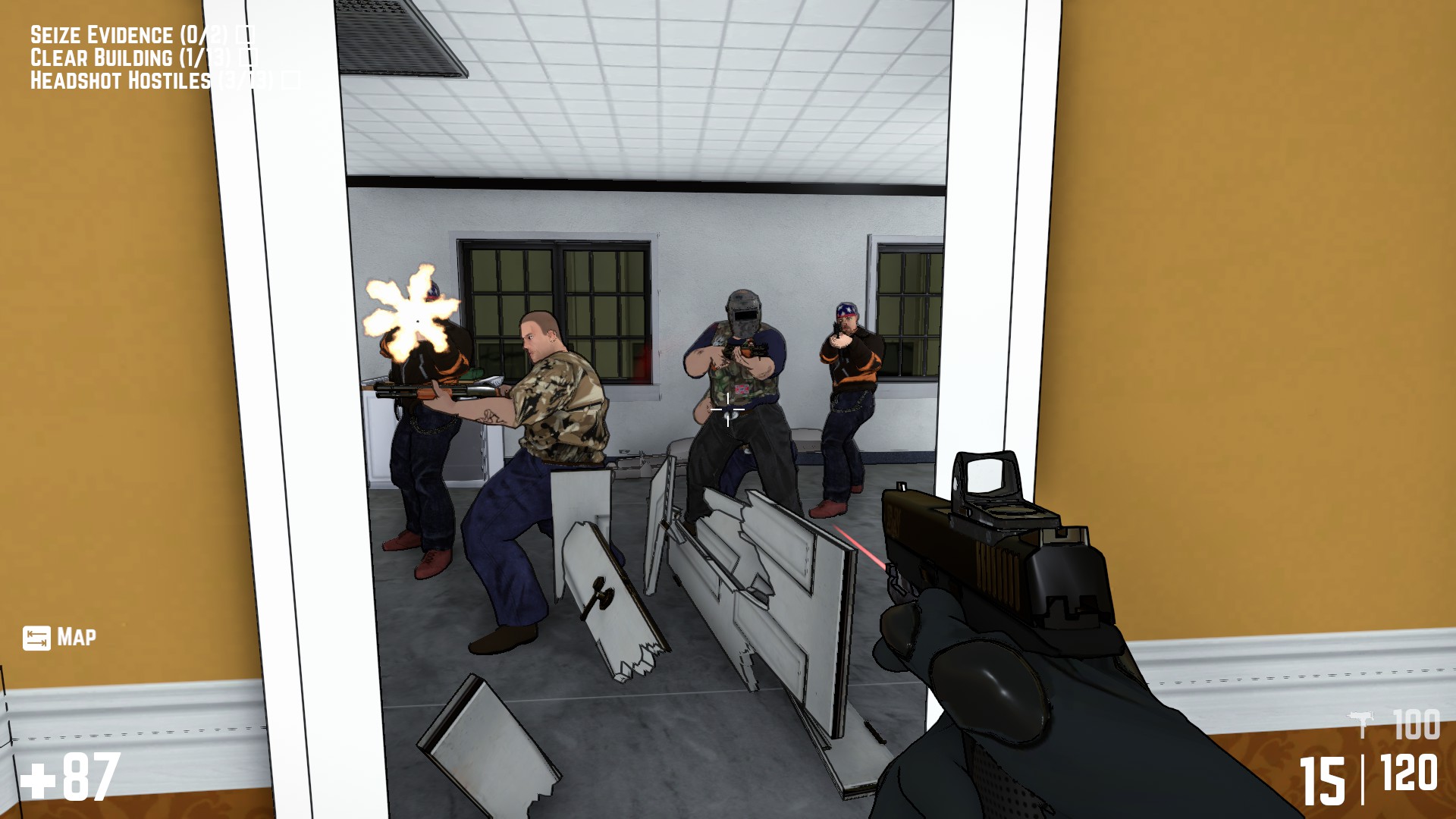 You either knock down doors through kicking them or charge into them, sliding across the floor. Luckily, every time you enter a new room, time slows down for around five seconds so you can try and take out as many bad guys as you can before time returns to normal. This is extremely helpful when you enter a room with around a dozen gang members waiting to blow your brains out. Players sometimes can just move slightly out of the bullets’ way since you can see them coming towards you.

RICO’s cartoonish blood explosions and ragdoll physics feel great. There’s something satisfying about shooting a gang member with a shotgun, only to see them fly across the room and slam their back against the wall. The issue here is you have to do your best to eliminate as many as you can before the effect runs out, because if you won’t, chances are they’ll probably kill you. 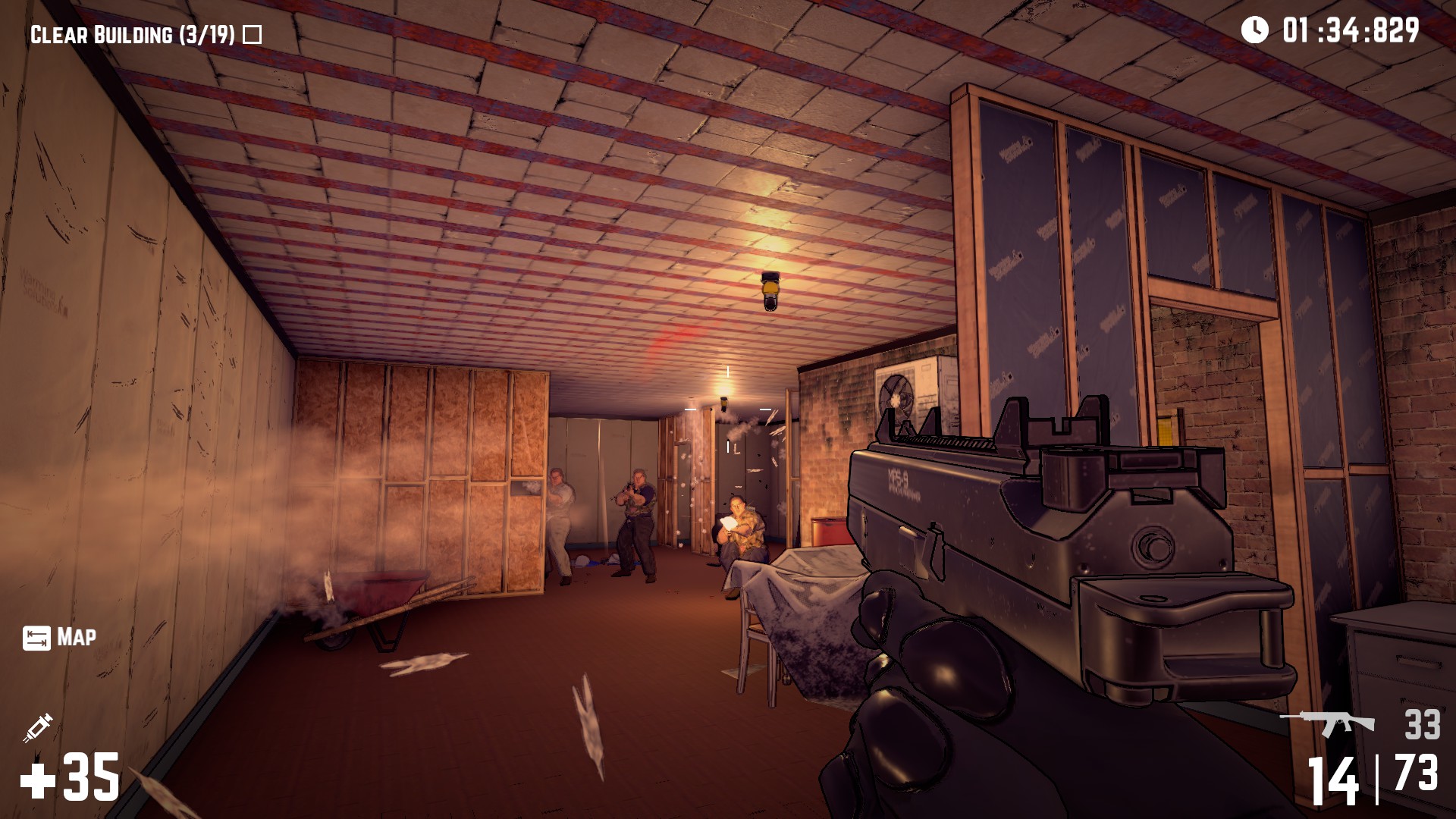 RICO offers three modes: Quickplay, Case, and Daily Challenges. Briefly, Quickplay offers a training mode for case operations and general practice, while Daily Challenges are updated daily by developer Ground Shatter to offer you a preset loadout and certain tasks to accomplish. This mode features single-player and multiplayer leaderboards, showcasing people’s impressive timings to the world. Finally, the Case mode is RICO’s main attraction. Players play their role in taking down an extensive network of drug cartels. After you finish each location on the network, you unlock its adjacent, which naturally features a more difficult mission.

However, this is where I was particularly annoyed with how this mode is designed. Players only have twenty-four hours to complete an average of forty missions, each taking between five to ten minutes, with later stages taking a minute or two longer. Not only that, if you ever die during any of these missions, you don’t have the option to restart that specific mission. You lose your entire progress and have to start over from the beginning, losing all your hard-earned weapons, attachments, and loadout. I found myself reset and obliged to start a new case after spending around two hours playing and taking out anyone who stood in my way. Not everyone will have the urge to start over after spending hours playing the game just because they died once after defeating thirty levels. 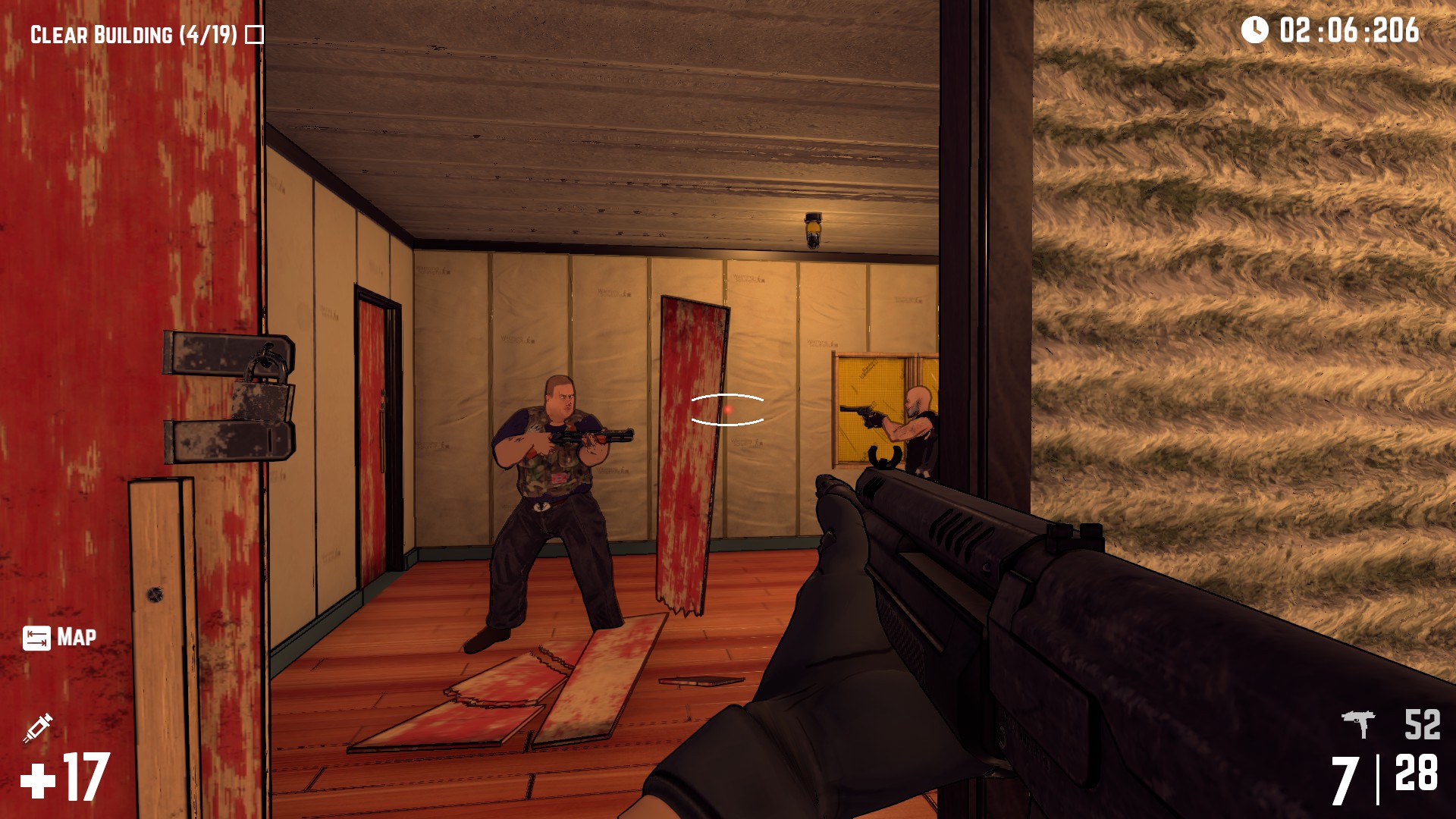 RICO offers a very enjoyable, stress-relieving experience where players can live the adrenaline rush of busting down doors to take out drug cartel members. If you can get over the fact that at any second your death means you lose all your progress, there is much to enjoy, with every playthrough unique due to procedural generation. Grab your shotgun and let’s go.