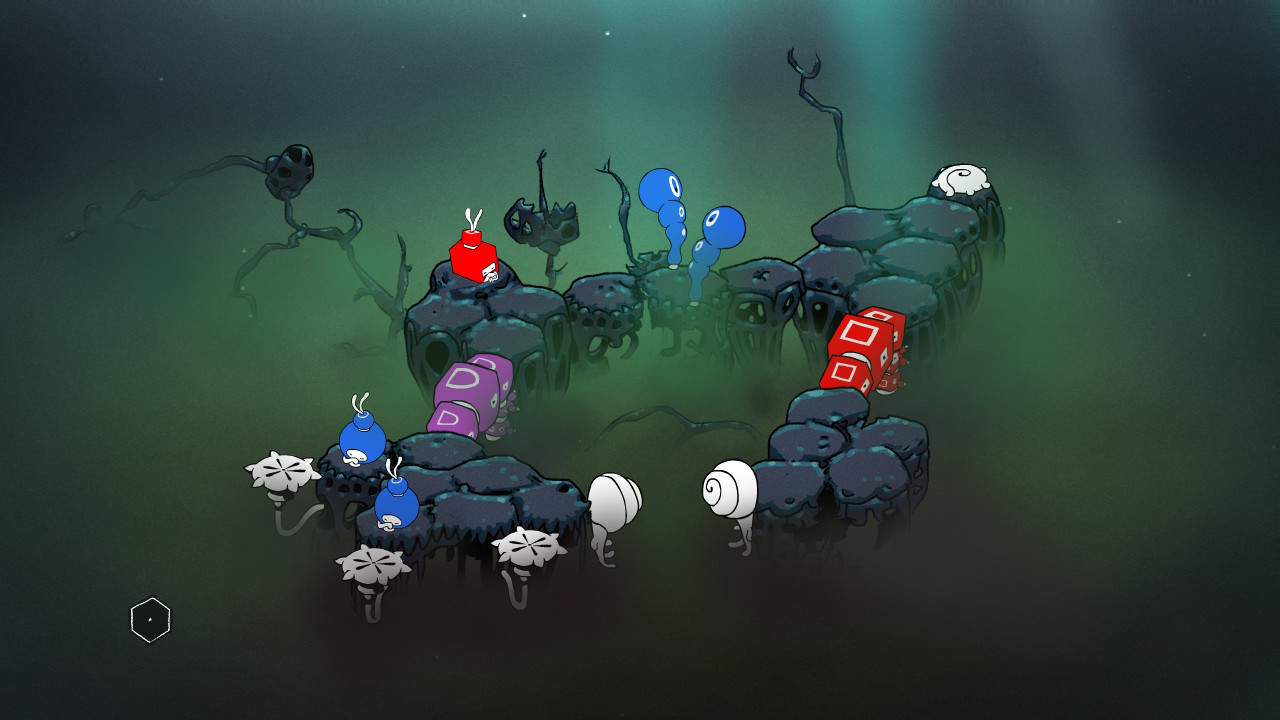 This month, we dive into an eclectic mix of Switch eShop releases to see what hits, what misses, and what manages to do both. 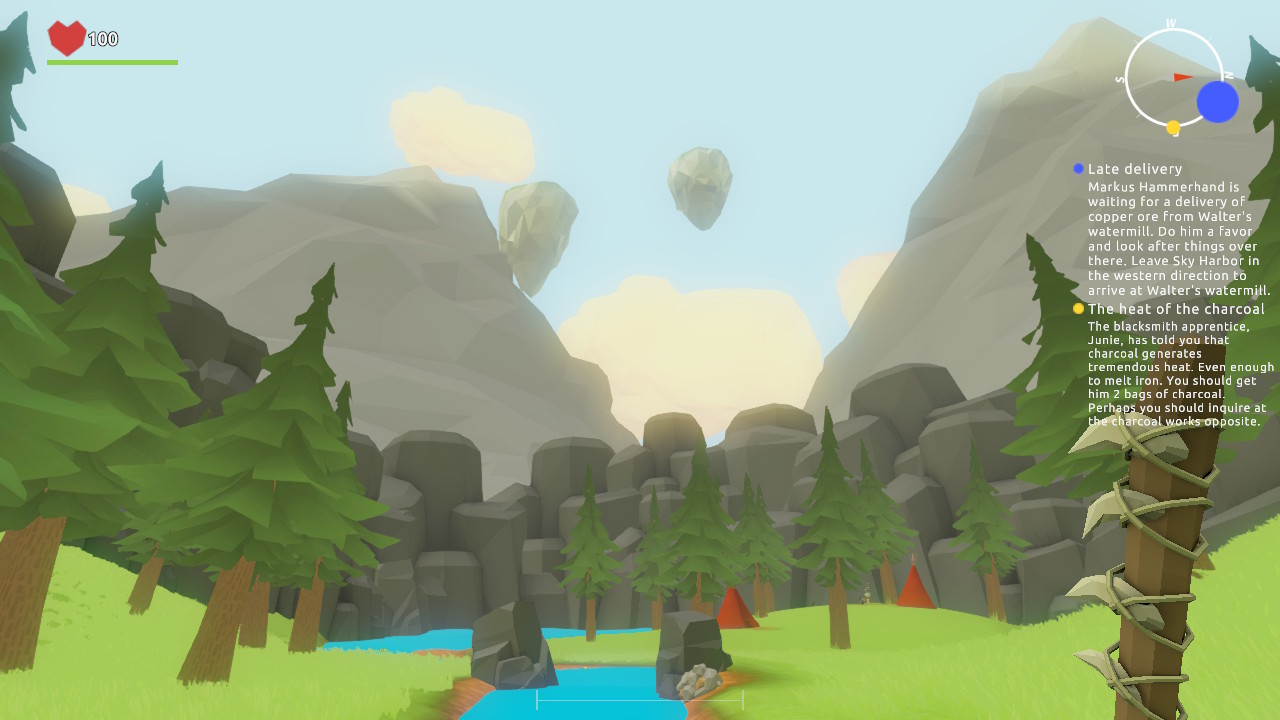 A relaxing, toned-down blend of Elder Scrolls and Zelda, Windscape is an ambitious first person, open world action-adventure game that is a pleasure to play, for the most part. You step into the shoes of Ida, daughter of hard-working farmers, in a colourful fantasy medieval world with floating islands and angry wildlife. After a short cooking tutorial, you’re sent on your way to make a delivery to a blacksmith in the local area, and from there you’re tasked with familiar quests: kill bandits, fetch resources, find hidden treasure and the like.

While the questlines aren’t anything to write home about, it’s the sense of exploration and striking world design that draws you in. Combat is rote – circle strafing will take out most enemies easily – but you can simply run past most encounters, finding NPCs and traversing the well-designed world map at your own pace. Light RPG elements add an extra layer of depth, with simple crafting, alchemy, cooking and foraging helping you to buff Ida’s resistance to certain foes, and to fend for herself with necessary weapons and armour.

Windscape invites you to wander and feel like a part of its mysterious little world. Some NPC models look a tad nightmarish and there’s a significant weight to movement, but with generous, location-based healing/save points, and a focus on enjoying the surroundings rather than demanding combat or frustrating enemy encounters, Windscape is a friendly, pleasant experience that is more meditative and nostalgic than anything else. And it’s all the better for it. 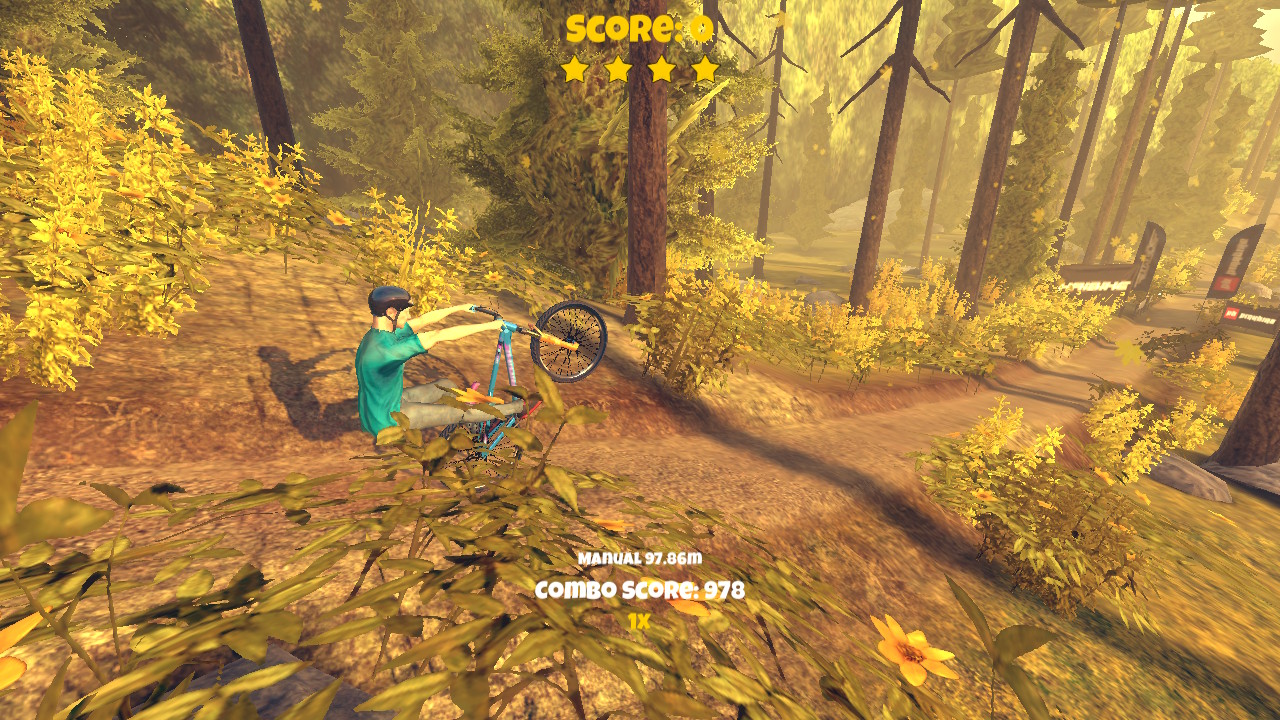 Shred! 2 is a frustrating little game, partly because of its trial and error gameplay and partly because there’s a level of depth here that should make for an exciting, action-packed experience. Instead, it falls somewhere in between exhilarating and bland.

With mountain biking legend Sam Pilgrim offering his likeness to the experience, there’s a definite focus on execution and skill; you need to pay close attention to the track layout and make sure you’re nailing your tricks, jumps, ‘pumps’ and every other manoeuvre with precision. However, success often comes from going in blind, wiping out multiple times then learning each bump, hill and ramp as you go. On one hand, it’s immensely satisfying to pull off complex tricks, nail a landing and finish a difficult track. On the other hand, it can become a repetitive grind to progress. Even with a quick restart button and a fantastic tutorial which eases you in extremely well, Shred! 2 felt like a chore more often than not.

Graphically, there’s no real style; at least, nothing you’d expect from a high-octane mountain biking game. Sam Pilgrim looks like a generic – if not well-rendered – human male, and while there’s a nice variety to environments, nothing screams intensity or fun. But if you’re a fan of the genre and want to dig into something that is specifically demanding on perfect performance, you could definitely do much worse. 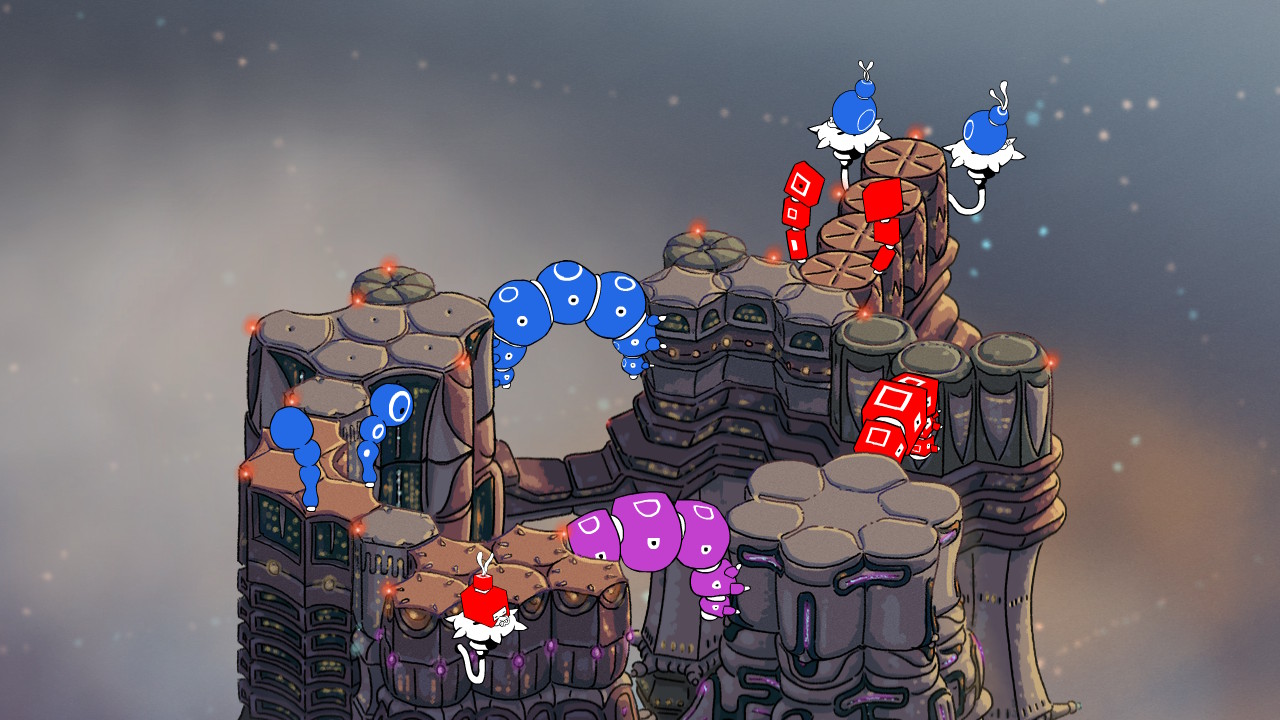 I’m always in awe of puzzle designers. How a single screen puzzle can have you bashing your head against a wall for so long, thinking ‘this is impossible, it must be bugged’ before having that breakthrough and unravelling the solution like a smooth, silk ribbon. She Remembered Caterpillars is stuffed with clever puzzles which challenge your ability to think logically, plan ahead and juggle deceptively-simple mechanics. Each level is nice and compact, but with enough complexity to keep you interested and impressed.

Predominantly colour-based, puzzles task you with transporting your little creatures to specific endpoints on the level. You have to work around bridges and arches that only let certain colours pass, while figuring out the best order to traverse your chosen path. When you have two characters of different colours next to each other, you can blend them to create a new colour, which allows you to proceed through once-impassable obstacles, transporting characters to places they otherwise would be unable to reach. The mechanics and rules are intuitive and clearly explained, so after the first act you’ll hit a rhythm where it’s just you against the puzzle – your brainpower against the fiendish level designers. It feels tremendously satisfying to solve each level, and nothing ever feels unfair or deceptive.

The subdued artwork has a calming and distinctive appeal, which makes things feel even more cohesive and lessens any frustrations – like looking at a well-made painting. Controls, however, can be cumbersome. If using the analogue stick for movement, your characters will often move too far ahead or repeat movements, slowing down your flow. You control each character separately, and the best way to do this is via the touchscreen: tap a character, tap where you want it to move. There’s enough inconsistency in the controls to be noticeable, but not overly disappointing.

She Remembered Caterpillars is a charming puzzle game that feels right at home on the Switch. It starts out simple then gets progressively more challenging, but it always treats the player with respect, and in turn, makes you feel like a genius whenever you succeed. 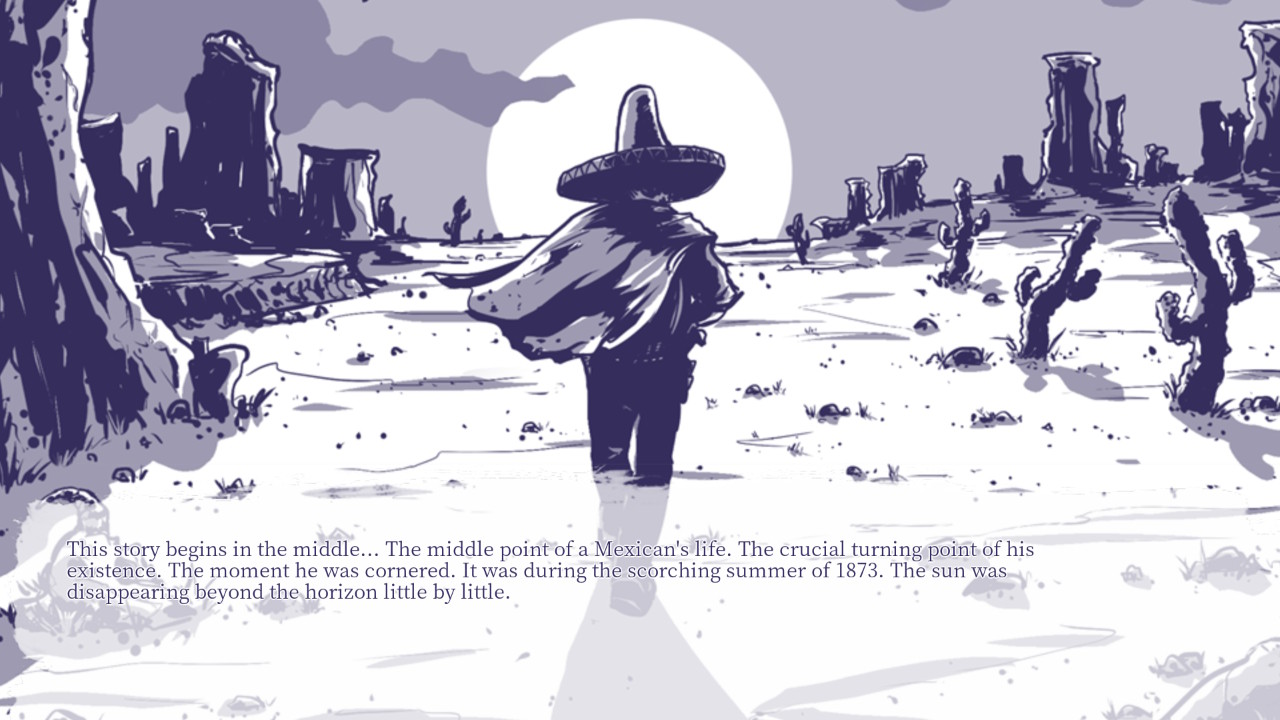 A top-down shooter with stylish artwork, clever, strategic gameplay and terrific music: what more could you ask for? It turns out, quite a bit actually. 12 Is Better Than 6 takes a slower, more methodical approach to the genre than something like Hotline Miami, and it pulls it off for the most part. However, with terrible writing and a repetitive approach to small, yet not particularly well-designed levels, it’s hard to shake the feeling like this could have been so much better.

There are some great ideas here. Playing as a sombrero-wearing, escaped Mexican slave in 1873 United States, you’re constantly one shot away from death. That means expert planning and a honed-in trigger finger are required. You raise your gun with ZL and fire with ZR, and you do this for every shot. So if you’re taking on four or five enemies, it’s down to your reaction speed and ability to execute high-fidelity movement. This is the part that works really well. There are stealth elements, too, but this boils down to you starting a level, knifing anyone that you can get behind, before eventually having to enter a shootout. Granted, a stealthy approach will give you the edge, and gunfights are tense, short bursts of excitement, but after a point it loses its lustre.

That’s partly due to the story. As a protagonist, the nameless Mexican is dull, unlikeable and devoid of development. Dialogue is poor, cliched and uninteresting, so after an hour or so the only thing really pulling you through is the cool black and white, hand-drawn aesthetic, and the excellent soundtrack. The gameplay does a lot to make up for the shortcoming of the overall package, and it’s fun to jump into for quick sessions, but with each death and each mindless conversation with one-dimensional characters, it gets harder to find reasons to keep going. 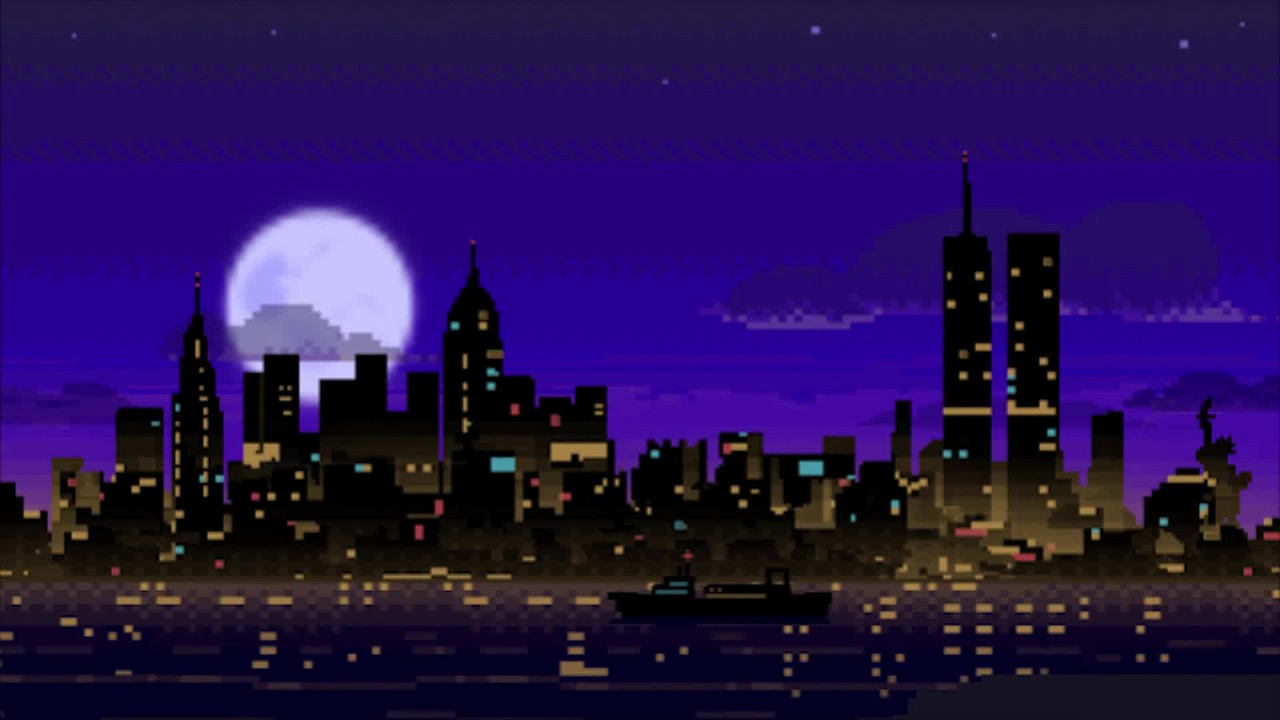 Made as a love letter to 1980s cop shows, Beat Cop has finally made its way to the Switch. It’s a tight, well-crafted experience overall, though the 80s style, cheesy dialogue and lack of any kind of deft hand waters down what would otherwise be an engaging, challenging adventure game experience.

Playing as disgraced detective Kelly, you’re confined to the position of beat cop on the streets of 1980s Brooklyn. Before you begin, Beat Cop tells you that it’s not meant to be taken seriously, and it shows. As you learn the ins and outs of the street, you’ll meet funny, expressive characters, have to make moral decisions revolving around money, gangs and reputation, and fill out hundreds and hundreds of parking tickets. It probably says a lot about me that I enjoyed spotting parking violations more than I did trying to play the mob against the local gangbangers, but because Beat Cop is so insistent that its story, motifs and attitude aren’t ‘serious’ then it’s hard to treat them like they are. Its approach to race, sex and stereotypes have no message behind them, not that it has to, but that design choice only makes things feel less important.

Kelly, along with most of his cop colleagues, isn’t a great guy, and it’s tough to become invested into the larger, overarching storyline. Still, with a set amount of time each day and a growing list of tasks to accomplish, hitting the streets and doing your police work – while doing some extra things on the side – is a fun and rewarding gameplay loop. It can get dull in spots, especially if you find yourself with downtime, but there’s enough flavour and personality in the artwork and important characters to make things interesting. I wish the story was better, and that the 80s cheese was toned down to make room for something more thought-provoking, but what’s here is unique. So if you’re up for some fun, time-management based gameplay that doesn’t take itself too seriously, get your ticket book out and hit the streets.

[All reviewed on Switch]