Behind The Booth: How Valuable Is EGX Rezzed In 2019?

Is it Rezzed or rinsed? 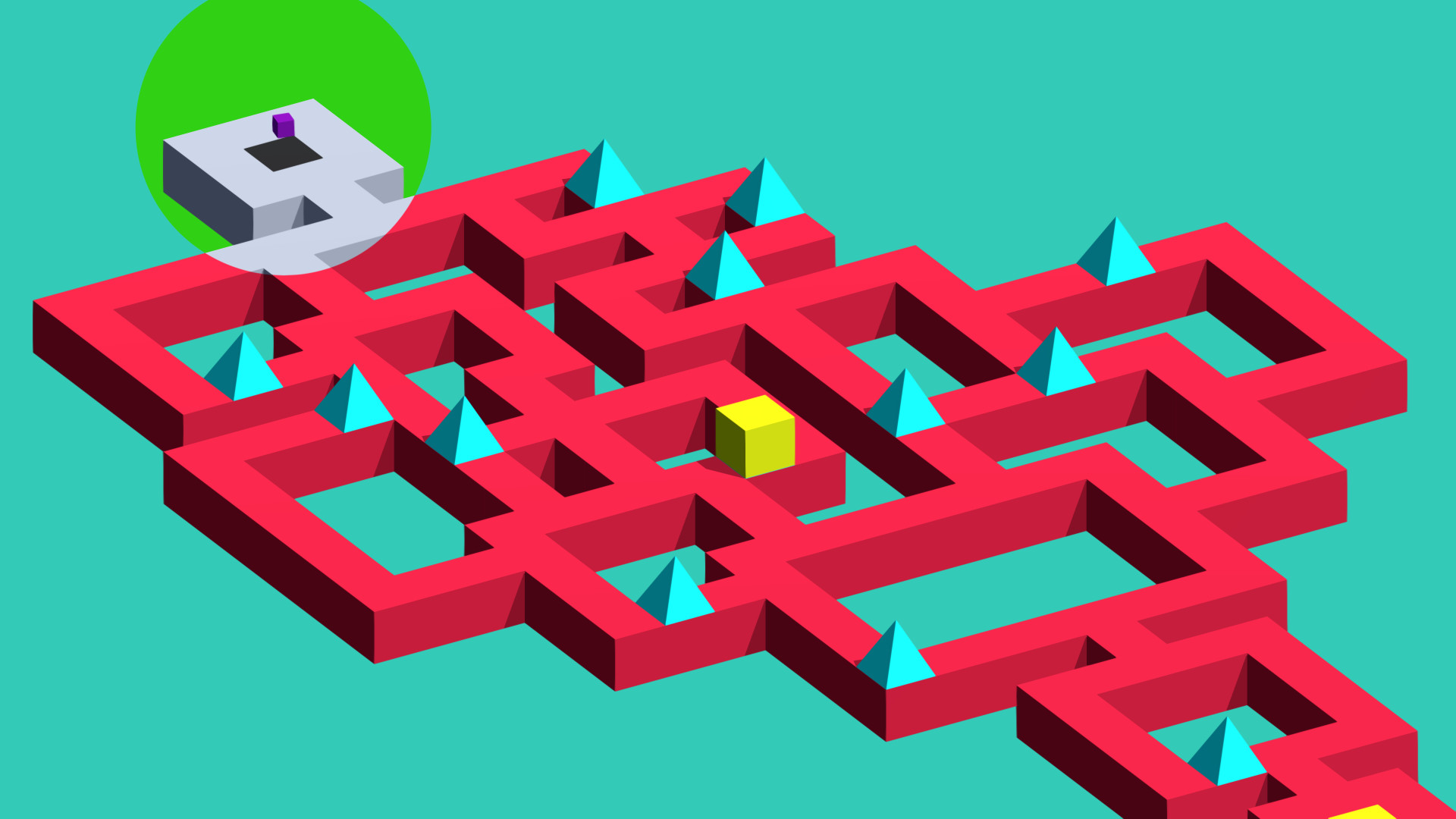 When one stands within the bustling halls of a gaming event, the goal is simple: to find games that surprise and delight. Players have often travelled to witness games in whatever state, be they alpha builds, short demos or even games that have already been released. The player’s objective is clear, but what about those on the other side of the booth?

Exhibiting at an event such as EGX Rezzed, London’s annual celebration of gaming that recently wrapped up for 2019, doesn’t come cheap. One publisher spent over £3,000 for four screens at Rezzed, a price tag that would comparatively get them very little at a larger event such as GDC. With flights and accommodation to pay as well as the event space itself, it’s easy to wonder just how useful such events are for developers, and if it’s worth the price.

For games in early stages, the top priority is always seeing if players get along with the mechanics of the game. Events are therefore the perfect testing ground to see how gamers interpret each system. For Utz Stauder, co-founder of Ludopium and developer on Vectronom, this process of observation boils down to one golden rule: ”You should never have to explain the game to anyone before playing. If you need to, it’s obviously not working (yet).”

The current build of Vectronom, a rhythm-based geometric puzzle game, is a very simplistic experience, but that wasn’t always the case. Through observing players, Stauder and his team noticed that the pop-up information they had implemented to guide players was interrupting the flow of their gameplay. The solution? Remove the hand-holding features that disrupted the players’ concentration and let them get into the beat in peace.

It was a wise decision, as, without the popups, Vectronom is a completely smooth and joyful experience precisely because you have to work out what it wants by yourself. Finding the beat and watching the environment shift and change is a frustrating, exciting and singular delight. 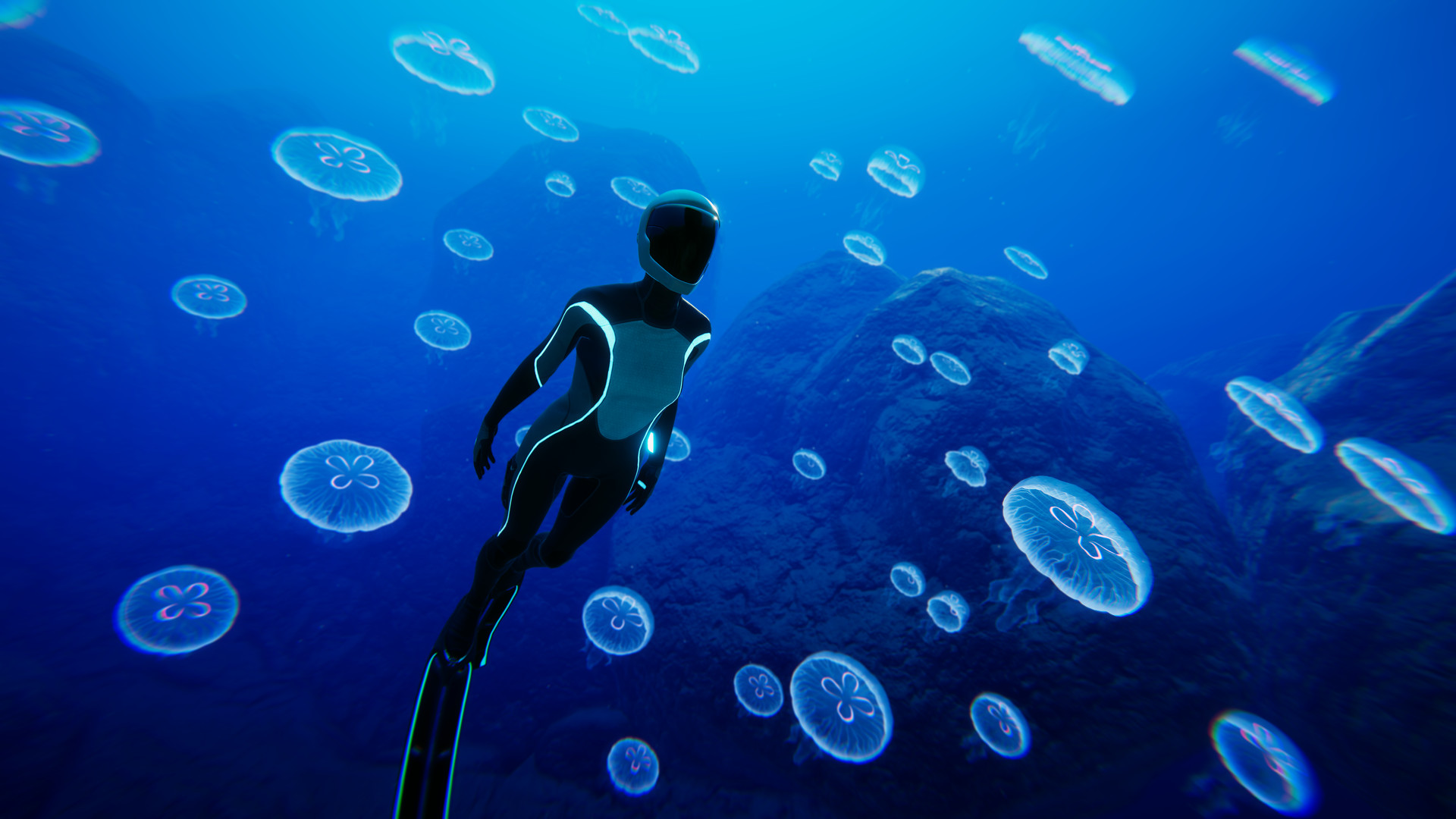 This wasn’t the only story of its kind heard at Rezzed. Beyond Blue, the educational deep-sea exploration game that Steve Zimmerman, Vice President of Marketing at E-line Media, was exhibiting, also encountered setbacks when players misunderstood what was needed of them in certain sections of the demo. Again, identifying the problem was easy as players consistently snagged on the same objective; removing the section was even easier.

But it’s not all negative. Player feedback also established a feature that they felt the game was missing, a photo mode. With this request coming up in conversation so frequently, the team at E-line Media are now considering working a photo mode into the final build. Even compliments become useful, as pinpointing why players enjoy your game is invaluable for describing and marketing the game. Zimmerman concluded his stance with great emphasis: ”People underestimate just how much [gaming events] inform the direction of games.”

So, for those games in the earlier stages, events like Rezzed have the massive draw of allowing developers to really see how players experience the game. Players attending and giving feedback to the developers, even just via their in-game struggles, does go on to have an important impact on its further development. But what about already well-established games, with thriving communities of their own? 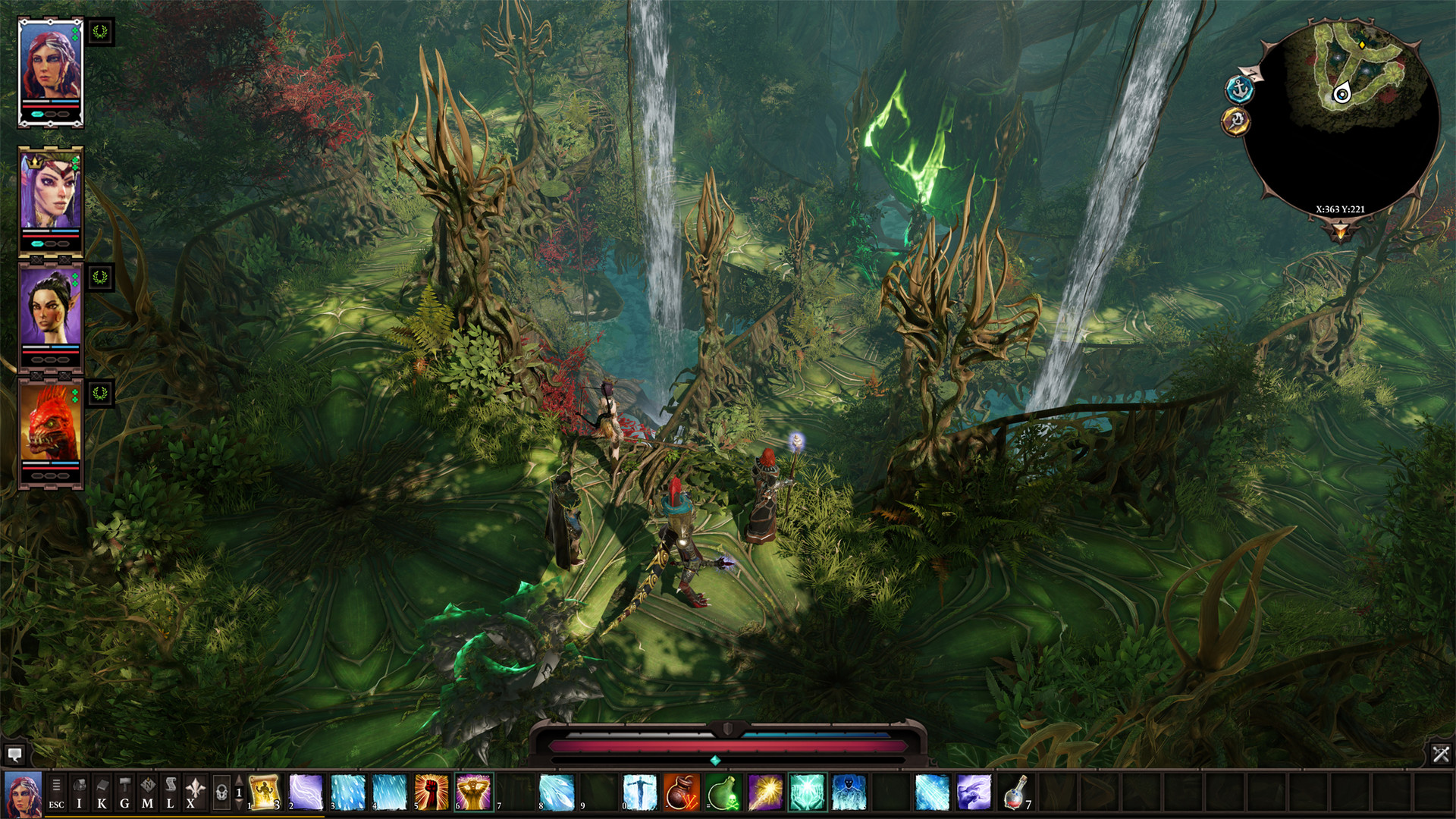 For those that are already established, gaming events can have a more selfless benefit. Larian Studios, the makers of Divinity: Original Sin, use showcasing at events as an opportunity to give back to the community of fans they already work so closely with through Kickstarter campaigns. Showing the new chapter in the Divinity series at EGX Rezzed, Divinity: Fallen Heroes, the team at Larian were after feedback as well as an opportunity to interact with the fans “on a more personal level”, Keiron Kelly explains.

For this team, interacting with their community in this way is well worth the cost of exhibiting. This interaction also continues to help grow a community which is particularly welcoming to new players, encouraging more and more players to join the game. The more contact they have with players, the more feedback and community building they achieve.

These benefits are all reasons to feel warm and fuzzy inside; it always feels good to know you’re helping a game creator reach their vision. But for some developers, getting to interact with the players is just an added bonus to the real benefit of coming to events – to meet other developers, publishers and the press. 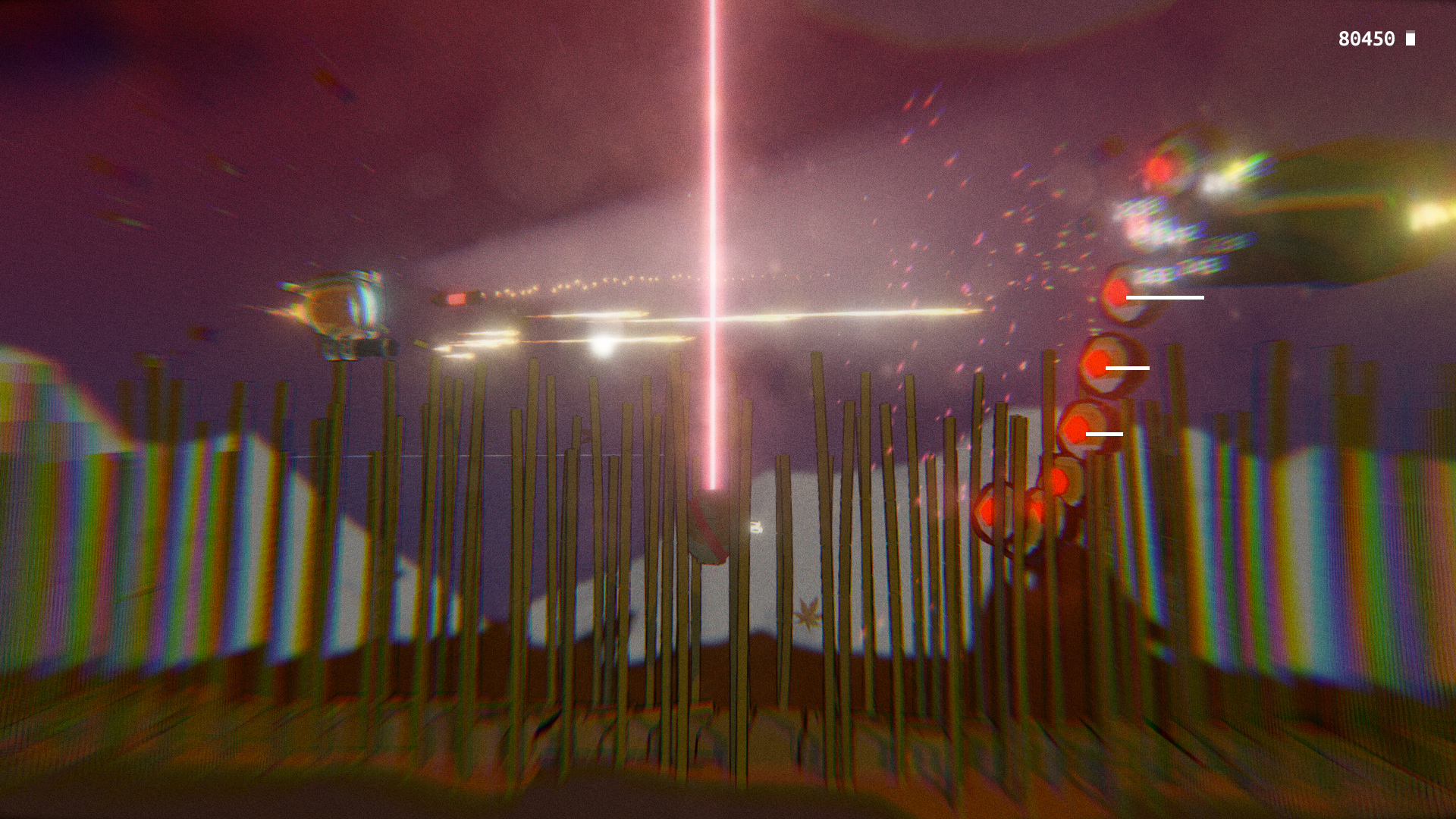 Claudio Catalano, solo-developer of 2.5D shoot ‘em up GROOD, highlights this as the primary benefit of coming to events. For him, they are “important for meeting important people for your game,” and in his case, attending events like Rezzed has certainly paid off.

Developing the game entirely himself with just the help of metalhead Andrew Wildman to create the thumping soundtrack, Catalano found events such as these crucial for meeting people that could help promote his game. Through similar events, Catalano went on to secure a publisher for GROOD, Ignition Publishing. The game has now been out for release on PC since March of last year, and is beginning to find its tricky-shooter-metal-loving audience. Being attached to a publisher has enabled Catalano to attend even more events and even begin the process of getting GROOD ported onto the Nintendo Switch, which should be releasing some time in the near future. The Switch will likely be the perfect platform for such a frenetic experience.

Yet, with the price of exhibiting still high, one has to wonder whether exhibiting actually sees any direct increase in game sales. Did spending the money on attending the events actually lead to a profit? For Catalano, the answer was..  not necessarily. “You do see more sales, but maybe 10-15… you’re more likely to see more followers than buyers.” Of course, whether or not an increase in followers converts into sales is a tricky thing to measure, but having people talk about your game is never a bad thing.

Which of course, is where we come in. Meeting the press is another great opportunity that comes with attending Rezzed, and boy, are there a lot of us to get round. For Darren Dredge, a manager at publishers Application Systems Heidelberg, ”these events [are] invaluable because it gives access to press and influencers.” The team at Application Systems were showcasing upcoming games such as Luna The Shadow Dust and released games like point-and-click adventure Lamplight City.

Interestingly, the team were also using the opportunity to test a port of narrative adventure Unforeseen Incidents, which they were bringing to the Switch as a touch-screen-only mechanic. The stand was a great advert for Application Systems as a whole, as well as the individual developers. Dredge as a representative of the publisher plays the role of both advocate of the games and the channel with which to feedback information, but his focus was both on the players and the press.

Dredge’s prioritising of influencers is understandable, considering the impact an influencer or Twitch streamer can have on a game’s success. A popular Twitch streamer playing one game can be the difference between an indie hit and a miss, and with plenty of influencers attending such events, the opportunity is within game creators’ grasps. Who wouldn’t want to make the most use of the press, considering the success games like The Untitled Goose Game have had since the tornado of hype has been kicked up around it?

The more a game is talked about, the more anticipation builds around its release. This is no bad thing if that anticipation converts into wishlisting by players on Steam, which, with enough wishlists, often gains games a featured spot on the Steam homepage. 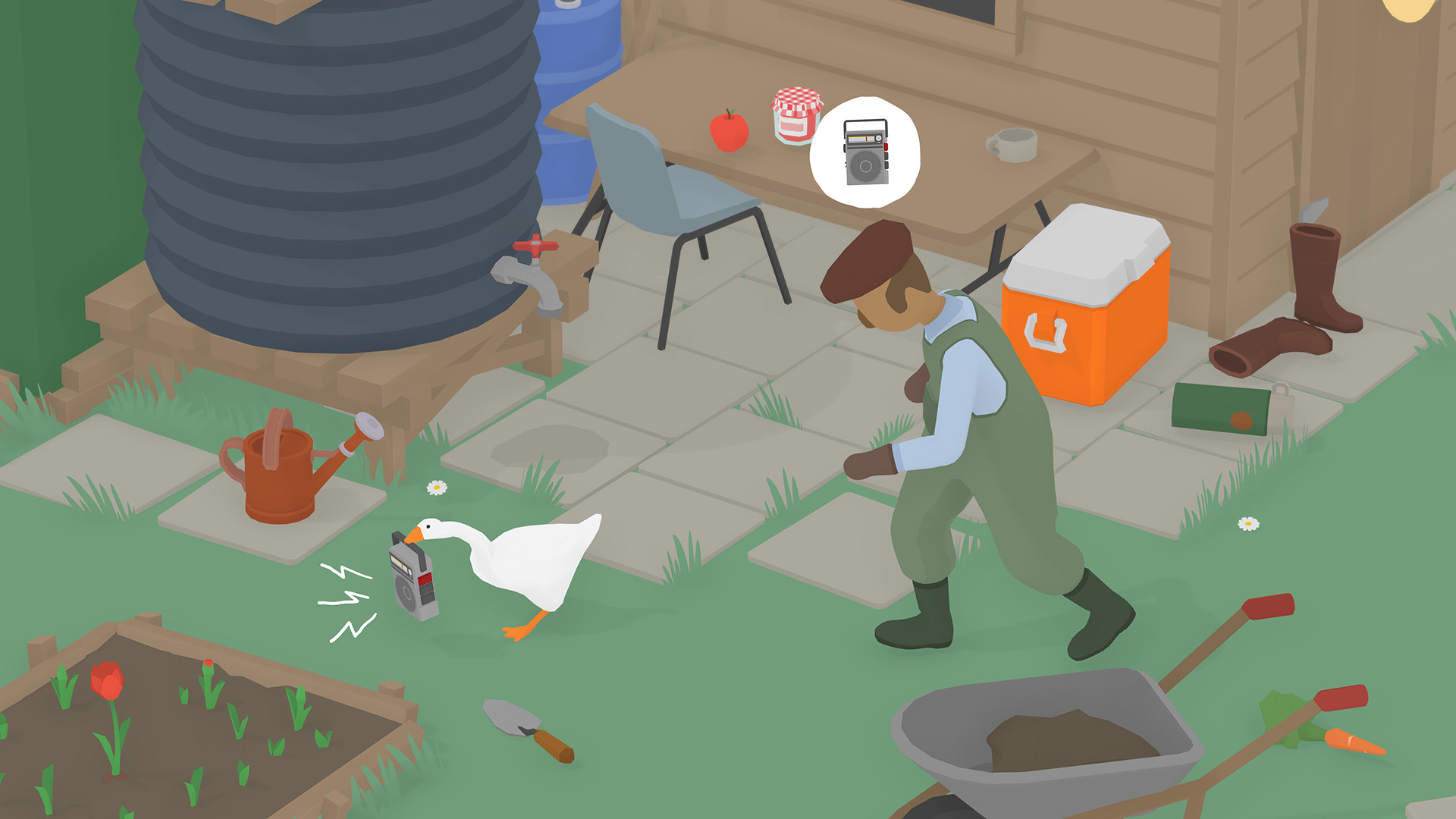 Ultimately, what game creators get out of events like EGX Rezzed depends on what stage their game is at. There is nothing better than a gaming event to remind you how wonderful the industry is. That one person playing a game in its early stages, tweeting about a game they’ve loved, or talking to developers about what might be missing, can have an impact on a game’s development is an unrivalled joy. But in many ways, player involvement is irrelevant in comparison to the networking that brings people together from every corner of the world.

Players see a room of tired, hungover and stressed developers. What those developers see is a constant footfall of eager testers just waiting to provide insights or spread the word about their project. Yes, it’s tiring and busy and sweaty, but how rare is it that we gather in a physical location to share insights about our favourite topic with other like-minded fans?

As Utz Stauder puts it, “in the end, seeing someone else having fun while playing your game is the best feeling.” In its basic form, Rezzed is a joy for the simple fact that you know you are in a room with people that love exactly the same thing as you. And in today’s fragmented online world, that pleasure has never been more welcome.