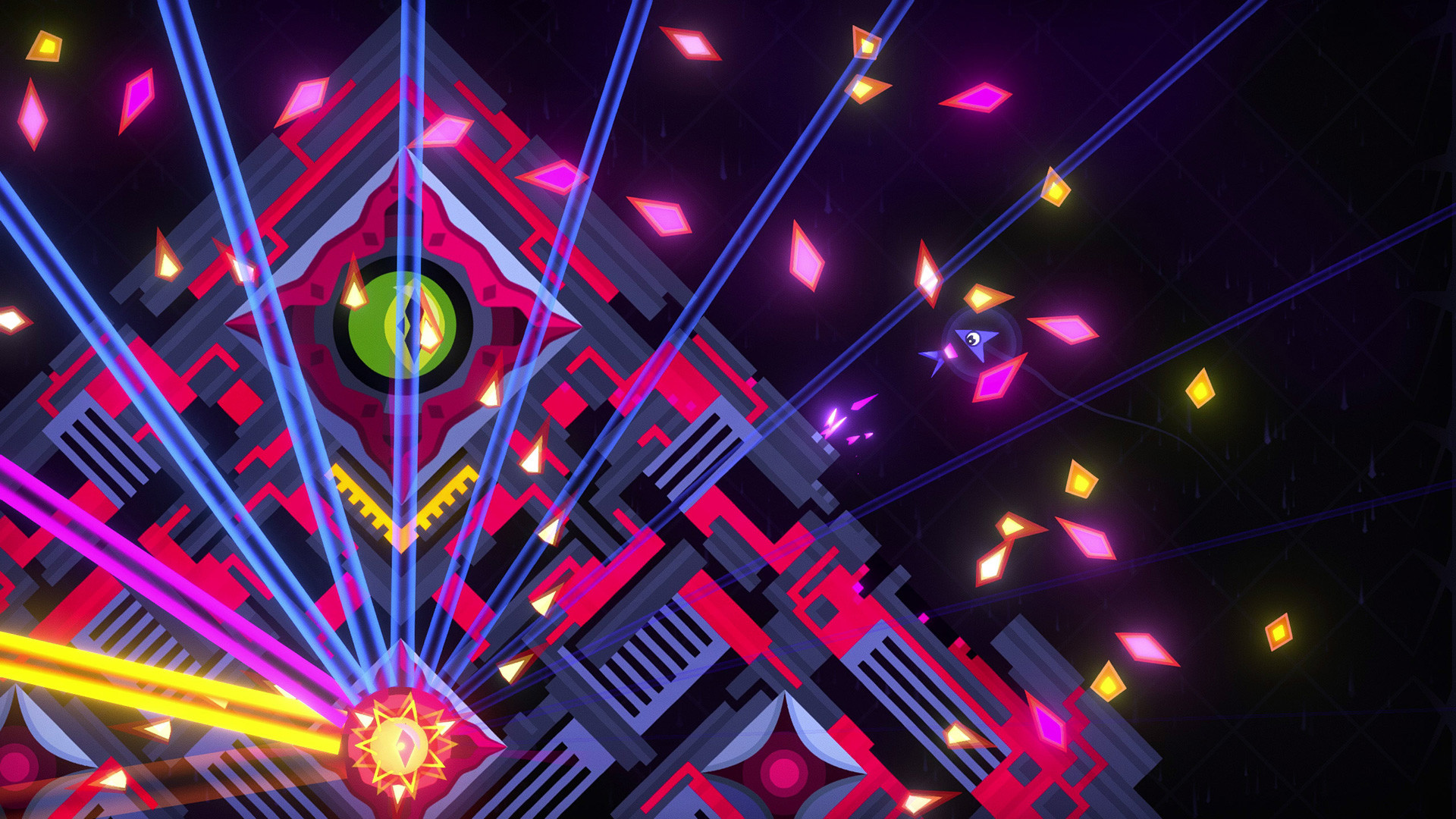 Our monthly review roundups provide a quick look at indie games that released over the course of the month but may have slipped through the cracks. June gave us a bunch of weird and wonderful releases that shouldn’t be missed – check them out below. 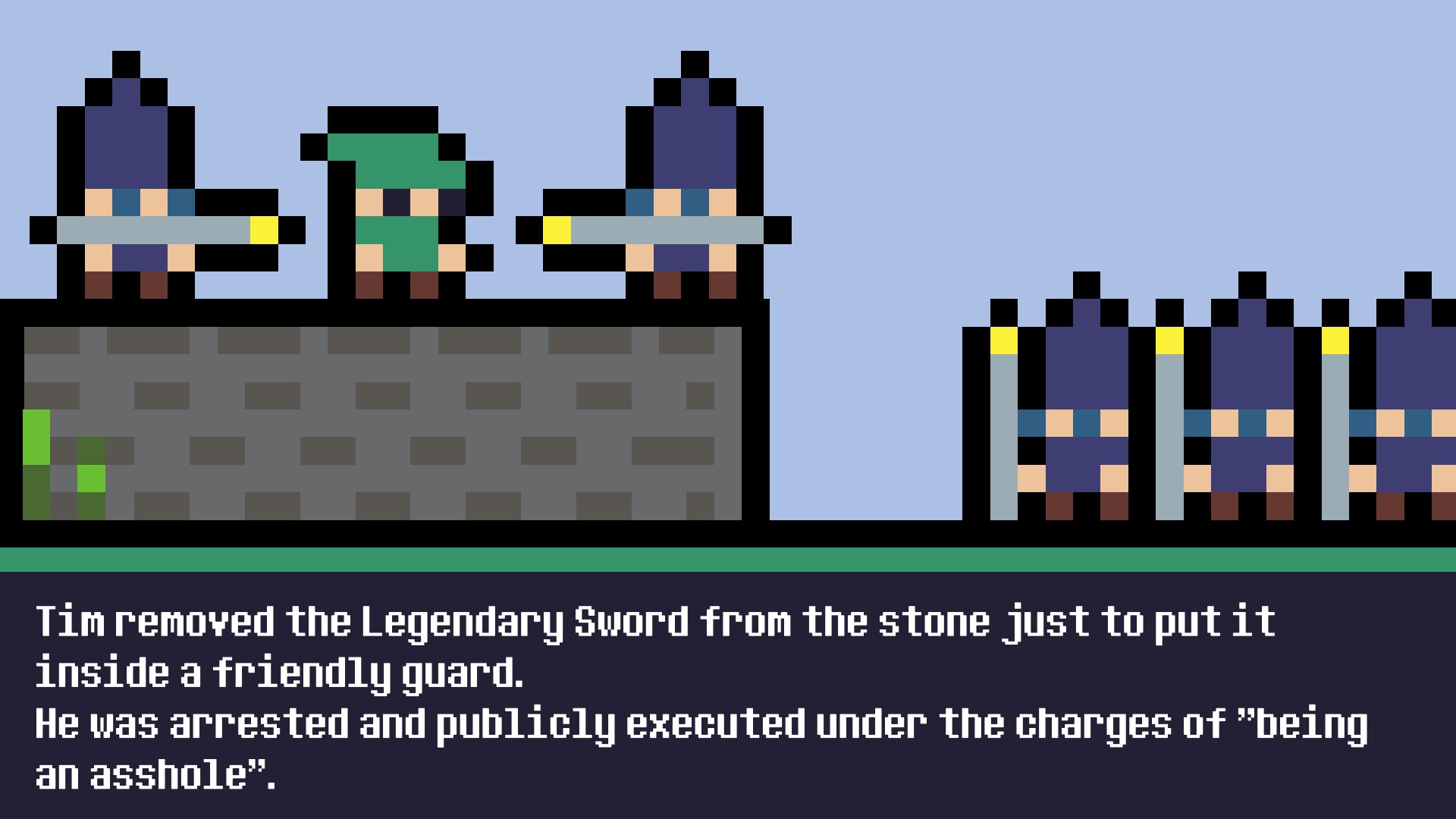 An ending commands a great deal of significance. The conclusion to tens, even hundreds of hours of commitment to a story, we want an ending to surprise, go out with a bang and ultimately justify everything leading up to that point. You only need to look at the outrage surrounding Mass Effect 3 or Game of Thrones to realise the keen sting of a disappointing final chapter.

Reventure, on the other hand, has some fantastic endings. And I’m not talking just a ‘good,’ ‘bad’ or ‘neutral’ ending – there are 100 varied, shocking, and above all, hilarious finales to uncover. This low-fi adventure riffs on classic Legend of Zelda games in which you play a hero saving a princess but experience a great deal of misfortune along the way that cuts your quest short. And this is the point: seeking out each eventuality unlocks another ending and puts you 1% closer to completion before putting you back at the beginning.

You’ll often not die in a blaze of glory, either – though being burned to death by a dragon is one of the endings. Sometimes you’ll simply trip over a rock, fall down a bottomless pit or be jailed for stabbing a guard. Crucially, Reventure approaches all of these with an incredible sense of humour. Often, you’ll respawn in a manner that reflects your last misadventure, dark purple from suffocation or in bandages from heavy injuries. I genuinely laughed out loud many times over.

Eventually repetition can start to set in and at this point I recommend quitting while you’re ahead. But at its measly asking price, a few hours of hilarious antics make Reventure a no-brainer of an impulse buy. 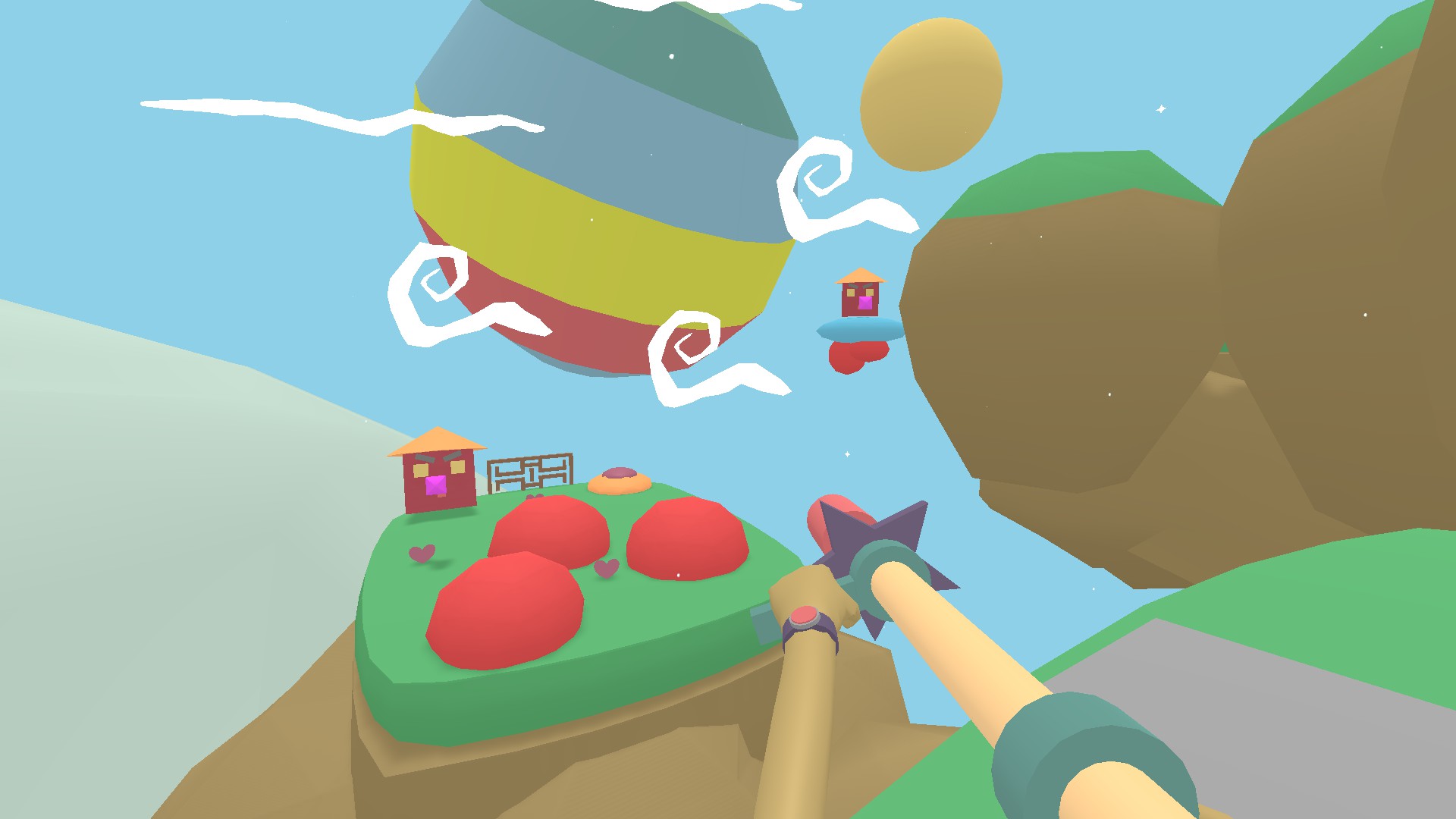 I regret to say there’s little about Lovely Planet 2 I find particularly ‘lovely.’ This relentlessly cheery time attack twitch FPS has its heart in the right place but feels hollow and frustrating in practice.

You’re in a world of floating platforms, bright, polygonal and in an assortment of Play-Doh colours. It feels like Katamari, if much of the detail and charm were sucked out. The landscape is formed of textureless blobs, enemies are merely angry red squares and your ‘friends’ are scared-looking grey squares. Shoot the former; don’t shoot the latter else it’s an instant fail.

Levels are short, one-hit-kill affairs in which you have to rush to the purple teleport beam. With enemies and hazards around every corner, it’s a case of trial and error necessitating a lot of restarts, particularly in the fiendish later levels. The problem is, it all feels unsatisfying and ultimately pointless.

Hotline Miami and, more recently, Ape Out mastered the one-more-try speedrun structure, buoyed with effortless style and fast, snappy mechanics. Thomas Was Alone made plain shapes interesting through engaging puzzles and incredible writing. Lovely Planet 2 has none of these traits.

For better or worse, it’s almost identical to its five-year-old predecessor. If you enjoyed that, great – this is more of the same. Otherwise, there’s not a lot to draw you in here. 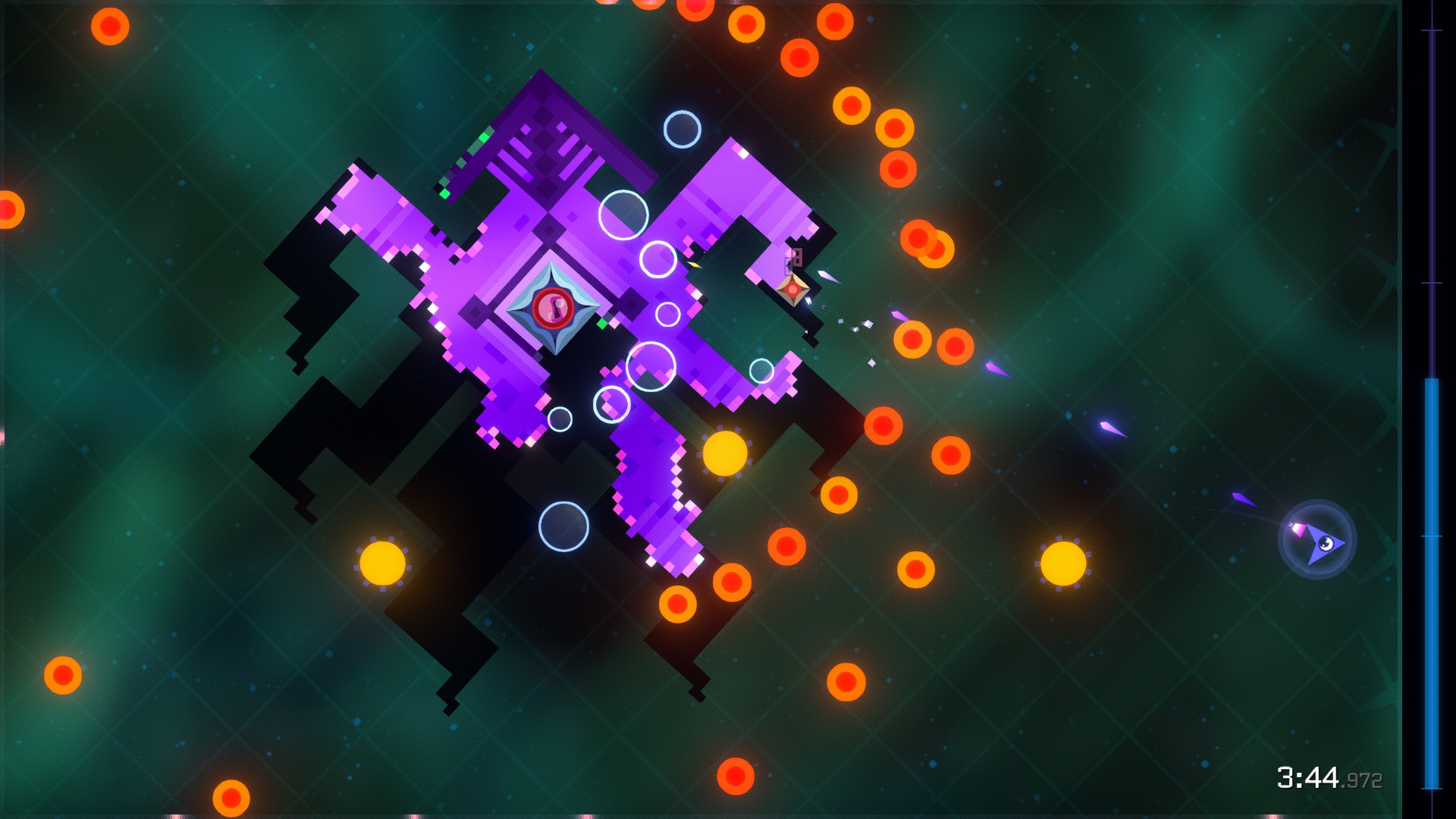 Many shooters in a variety of subgenres, from FPS to shmups, all hit a snag as far as realism is concerned. Shoot an enemy, and until you inflict enough numerical damage to plummet its health variable to zero and kill them, you can barely tell they’ve taken damage. Chippy addresses this limitation to the point of making it the main hook: all enemies are ‘chipped’ away when shot, showing an instant, visual indication of the blows you inflict.

Not only is this hella satisfying, it opens up whole new strategies. To reach an enemy’s core you’ll have to physically destroy its surrounding defenses. An appendage can be shot at the root, severing it quickly. And any weapons giving you trouble can be directly shattered off. Each level is an elaborate boss battle in which you methodically tear the enemy apart, pixels at a time.

But oh boy, do the bosses fight back. Bullet hell is an understatement, the screen filling with so many lasers and bombs and drones and plasma that there’s barely any screen real estate left that won’t hurt you. And herein lies Chippy’s main flaw: in the pursuit of challenge it arguably makes things too difficult, with it sometimes being unavoidable that you get hit.

I’ll happily admit that I’m far from a pro at twin-stick shooters, but you only need to take a look at the leaderboards. Whereas thousands of players have completed the first level at the time of writing, by level four and five that number drops to just several hundred.

Still, for those happy to get their asses handed to them, Chippy is a rock-solid shooter with a great gimmick. And over the coming months, the devs have promised new content and a level editor, which should really extend its lifespan – should you even make it past the first few levels. 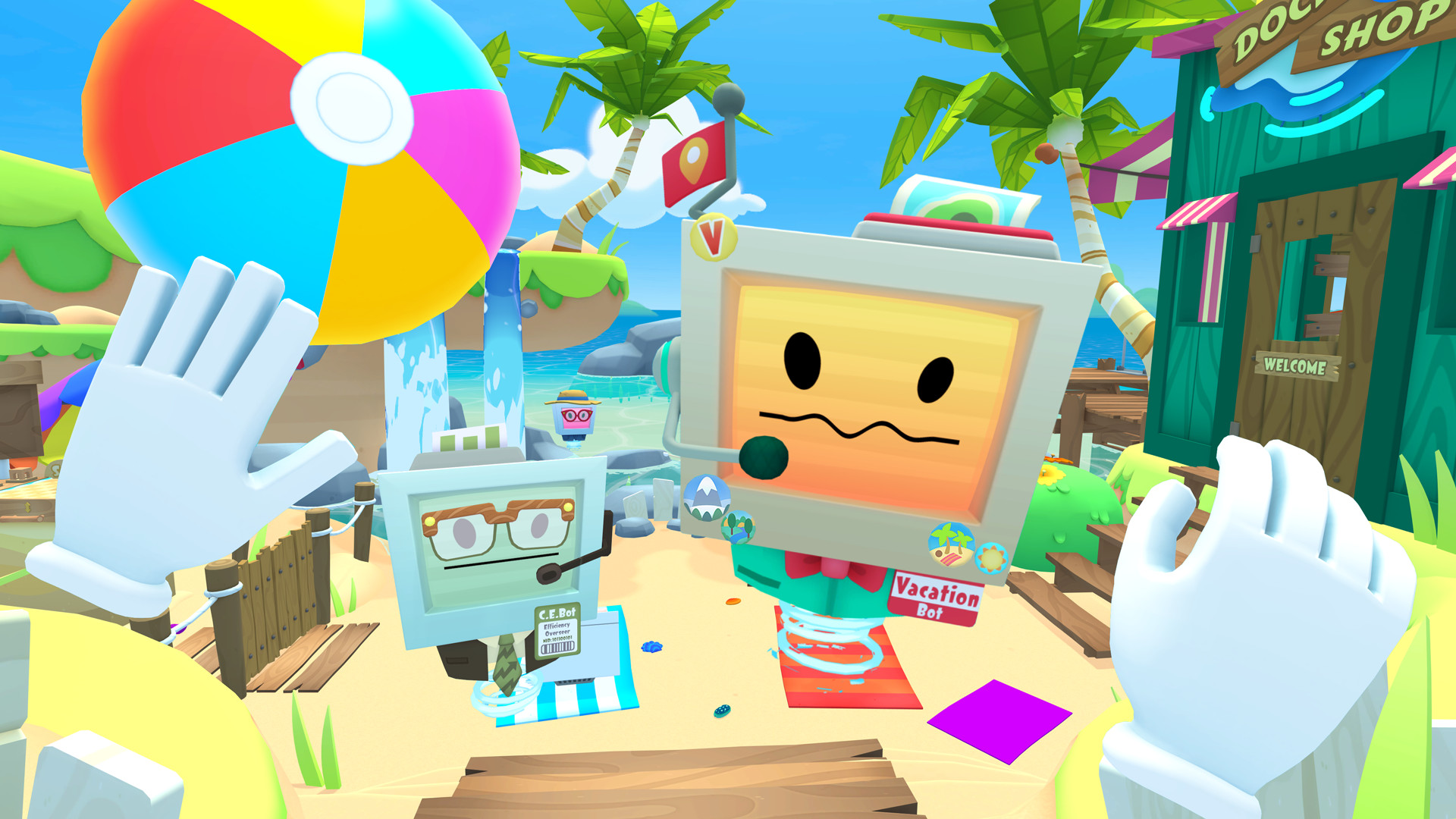 Travelling around the world is only getting more expensive and damaging to both world culture and the environment. So what’s a hard-up, socially conscious person to do when they’re in desperate need of some rest and relaxation? Make use of the wonders of virtual reality, of course!

After a few months on PC, Vacation Simulator has made its way to PSVR. This tongue-in-cheek holiday adventure has you visiting a variety of relaxing locales on Vacation Island. As an experience crafted by bots, everything has been designed for maximum enjoyment – or so they tell you. The reality is that you’ll carry out a range of daft activities to create ‘memories’ – a score they’ll keep a tally of.

Take the beach, for instance, where you’ll build sandcastles, play ball, collect butterflies and go on a deep sea dive to photograph marine life. Each is a little minigame, simple and not particularly taxing. While they make good use of the PS Move controllers, I did regularly experience technical issues with them going out of bounds or registering at the wrong angle, which can unfairly disrupt the challenges.

The PS4 is far from the most powerful VR machine but this is where Vacation Simulator works well – its visuals are bright and colorful but not technically demanding, allowing for a smooth and crisp experience. While there’s not technically a lot of depth here, there are still a good few hours of exploration, whimsical play and escapism on offer. Get your annual leave booked – Vacation Simulator is a trip worth taking. 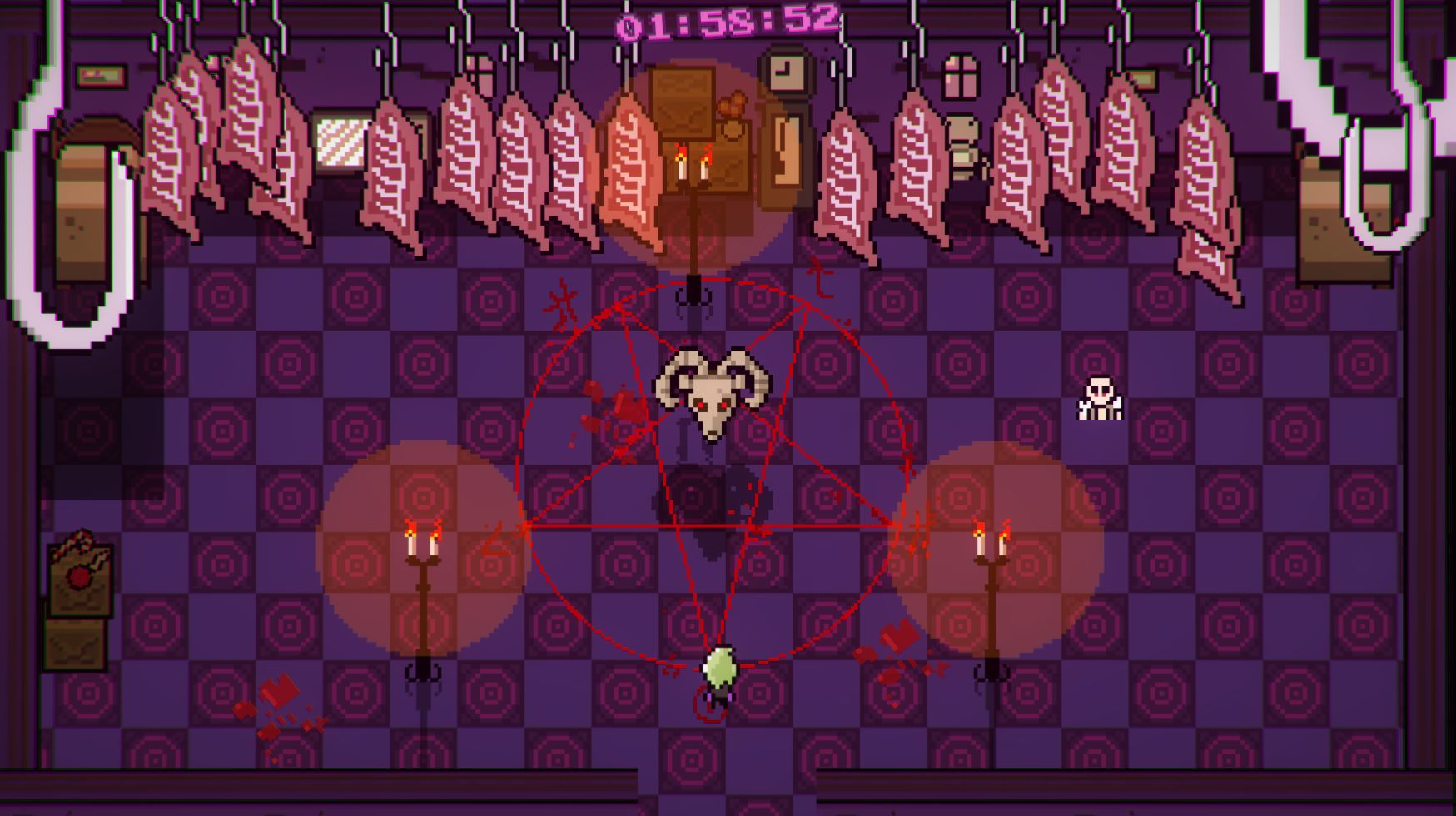 You’d be forgiven for not having even heard of Baobabs Mausoleum, let alone knowing that it’s on its second chapter. This obscure and indescribably bizarre adventure features Watracio Walpurgis, a vampiric aubergine FBI agent who becomes trapped in the town of Flamingo’s Creek. After failing to escape in the first episode, this second part sees him trying to solve the disappearance of a town resident.

While episode one was very linear, episode two opens up the whole town for you to explore at will. Along the way you’ll interrogate weird and not so wonderful townsfolk, play daft puzzles and minigames and leave with more questions than you had answers. Baobabs Mausoleum is a toxic melting pot of influences from The X-Files to Twin Peaks and Undertale, yet the result is unlike anything you’ve ever seen before.

While its rough presentation and jankiness are part of the charm, I had more issues with episode two than I did in the previous chapter. On the Switch, the game would hang for several seconds upon trying to enter a building in the town – pretty irritating when it’s such a regular occurrence. I managed to glitch through an obstacle which caused issues with my progression. And the writing hasn’t improved one bit – while it can frequently be funny and surreal, the spelling and grammar is terrible.

These faults can be forgiven, however, and if you love off-the-wall experiences, Baobabs Mausoleum may be right up your street. If you haven’t played episode one yet then start there, but if you’ve already been inducted into the crazy world of Flamingo’s Creek, rest assured that episode two is just as weird, but longer and meatier.