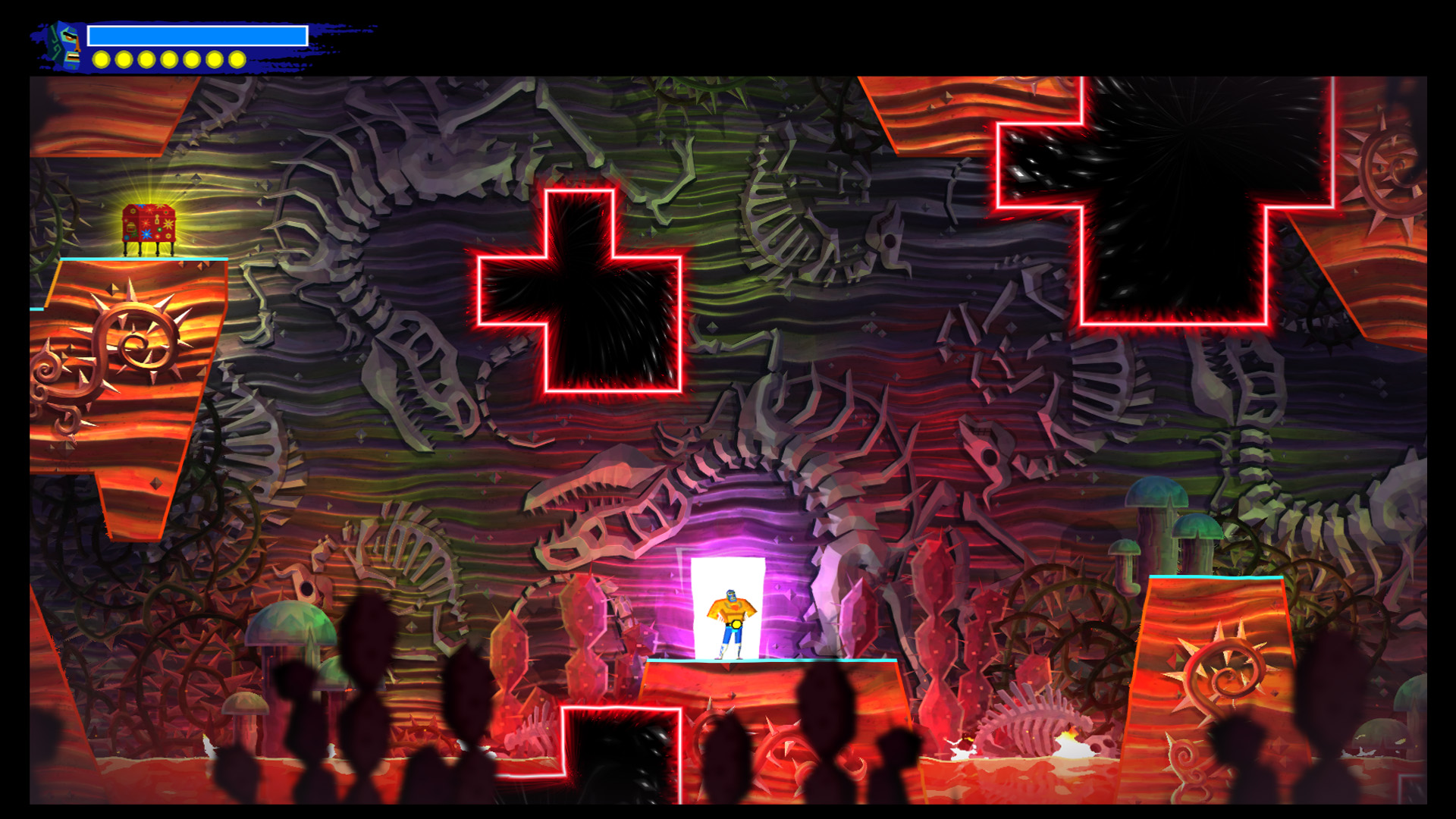 If you dig Metroidvanias, Guacamelee! 2 is absolutely essential. Hell, if you dig video games, Guacamelee! 2 is absolutely essential. This glorious return of Juan Aguacate, the farmer-turned-luchador sees him once again battling the forces of evil in both the world of the living and the dead, not to mention through multiple separate timelines. And this time, the entire Mexiverse is at stake – all this travelling through alternate dimensions is threatening to destabilise all of time and reality as we know it.

Guacamelee! 2 brings fun and frantic combo and special move focused combat to the Metroidvania formula, with a captivating Día de los Muertos theme. That’s not to mention the challenging just-one-more try platforming, jubilant soundtrack and its genuine laugh-out-loud humour. Oh, and did we mention you can turn into a badass wrestling chicken? You can even experience all of this chaos with up to three friends in drop-in, drop-out co-op. 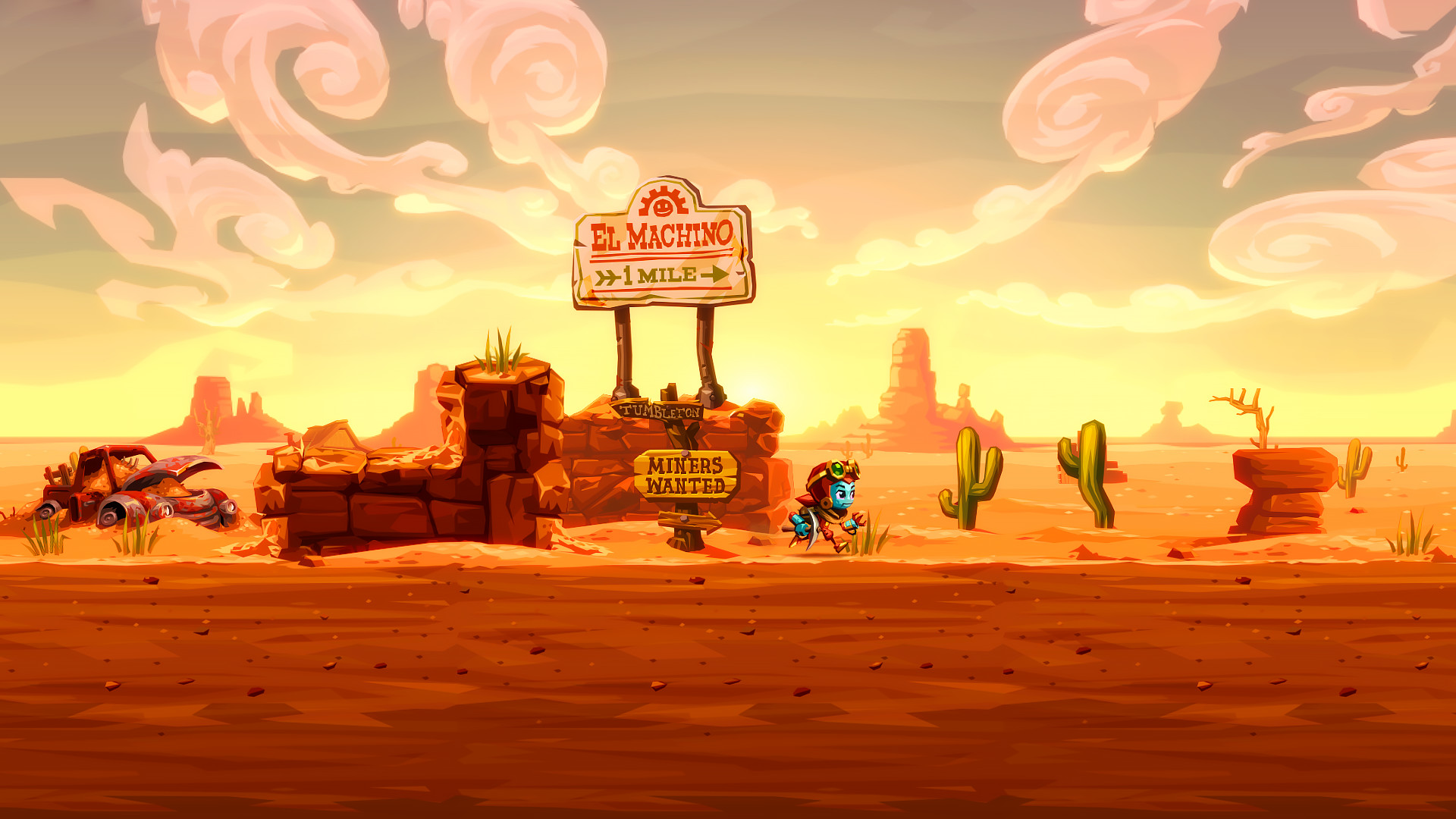 SteamWorld Dig was a surprising gem of a game, originally launching as a 3DS exclusive. In a few engaging hours, it put Mr Driller mechanics into a Metroidvania, set within a charming steampunk world of robots. SteamWorld Dig 2 offers all you could ask for from a good sequel: the same, but more of it and with better graphics. Grab your pickaxe and start mining.

Following on directly from Dig 1, you play as Dorothy in search of Rusty, the original protagonist. On travelling to the charming Old West town of El Machino, you hear uncharacteristic rumours of Rusty turning crazy and destructive. There’s nothing for you to do but dig down into the depths of the mines and find out for yourself what’s happened. While you initially start with a weedy pickaxe and the ability to only stay underground for a short while, you’ll upgrade your kit over time and unlock some useful new abilities. A subterranean adventure well worth taking. 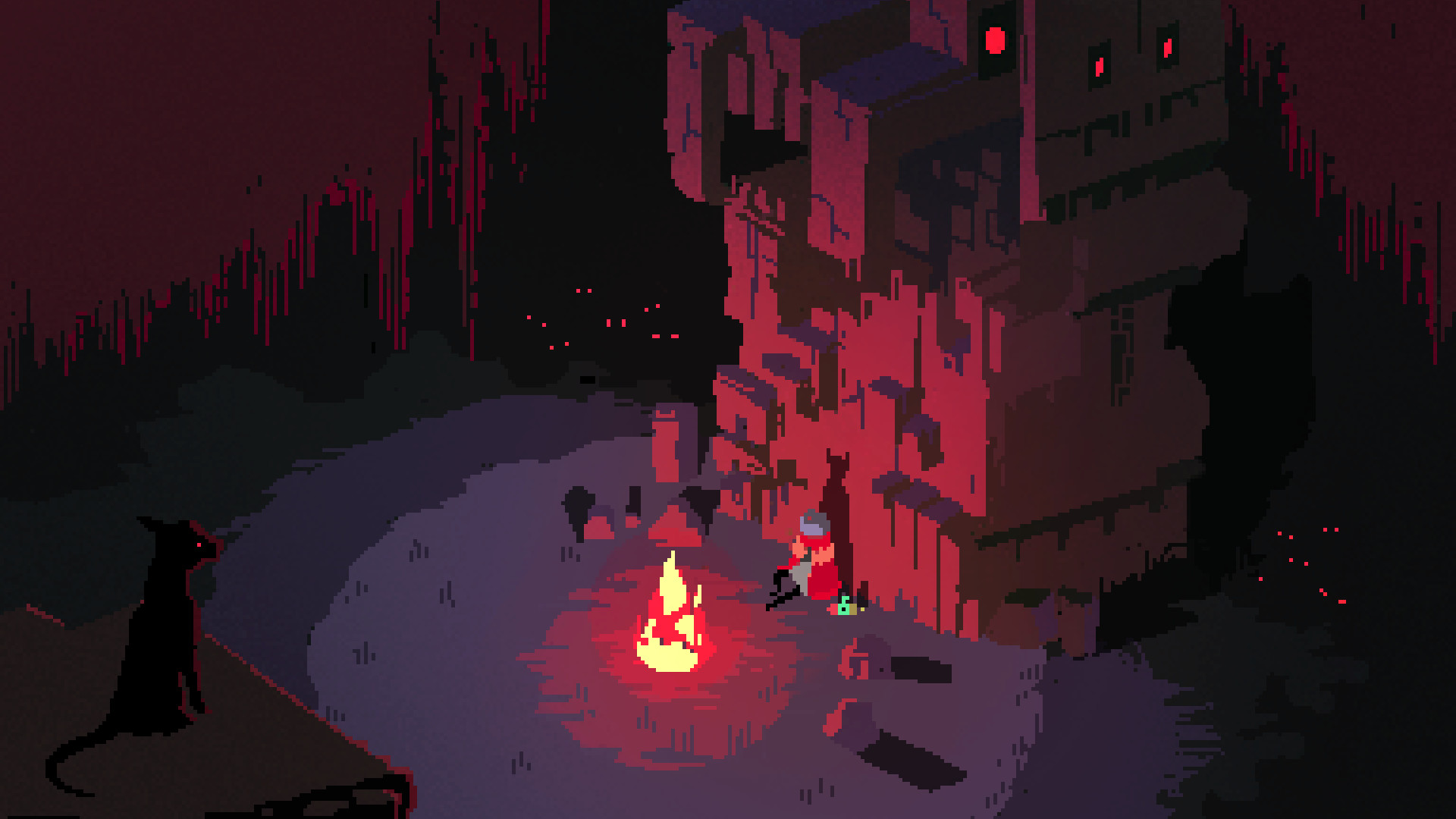 Hyper Light Drifter is a beautiful pixel-art platformer set in a ruined world. A world that the Drifters scavenge to collect the forgotten knowledge of the past in the hope of rebuilding society. Haunted by an insatiable illness, based on the developer’s real-life experience, our Drifter travel deeper into the wilderness hoping to find a cure.

Paying homage to 8-bit and 16-bit classics such as Zelda: A Link to the Past, this fast-paced 2D action adventure is a touching and challenging tale. Crafted and animated by hand, Hyper Light Drifter’s charm and personal touch shine through making it stand out amongst the crowd. With a modernised control system and a wide array of tactical options from weapons to abilities, Hyper Light Drifter is a retro love letter to the games that permeated our childhood. 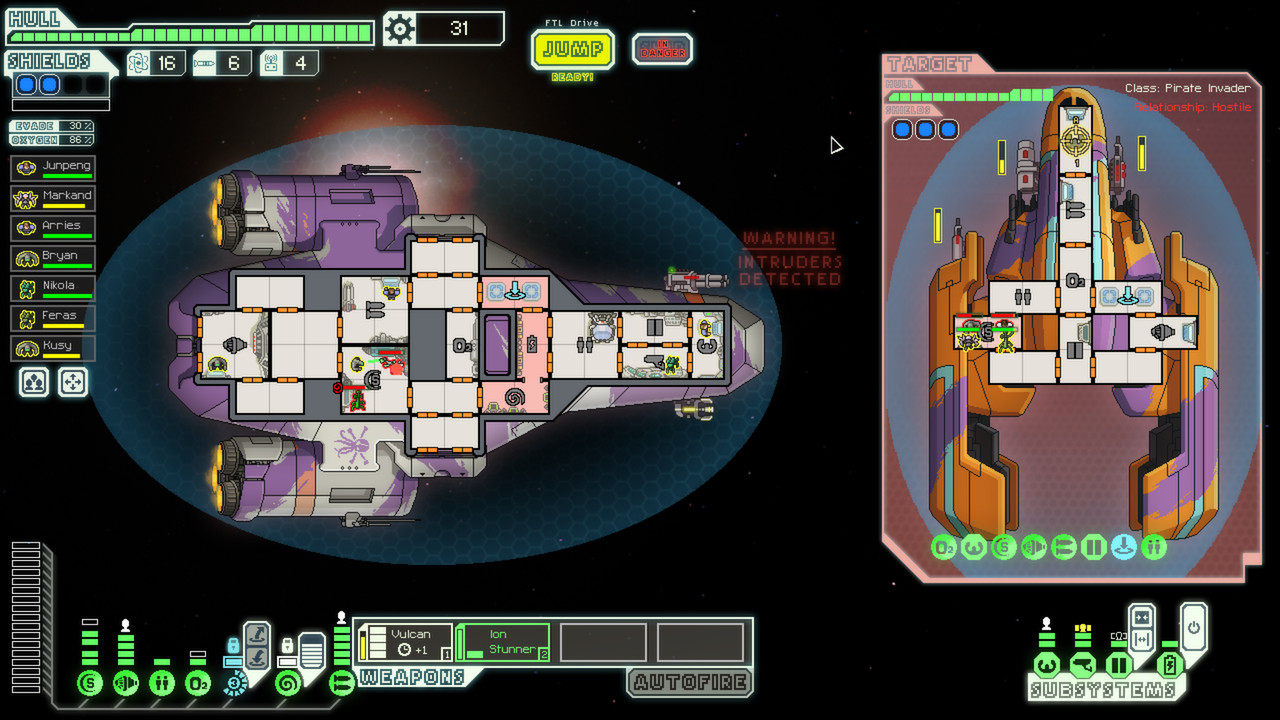 Space is an alluring place. Vast beyond our imaginations and full of untold potential. Also, very dangerous according to most video games and FTL, or Faster Than Light, is no exception. Running from the Federation and carrying sensitive data crucial to the rebellion this turn-based roguelike drops you in at the deep end. It seems like an almost impossible task, but it’s up to you and your small grew to take on the galaxies greatest power as well as the environment itself.

Engrossing tactical depth is at the heart of FTL and keeps players coming back run after run in a bid to finally make it to the end. Upgrade your craft and expand your crew of alien and human shipmen as plunge ever deeper into uncharted space. Like many other roguelikes in the genre, the goal is to refine your run process and slowly learn from your innumerable failures. No one run is the same with your decisions as captain changing the fate of your crew in the flip of a coin. FTL is a fantastic blend of strategy and roguelike gameplay that helped reignite the genre with new ideas. Not for the faint-hearted, for sure, but extremely rewarding for those who commit. 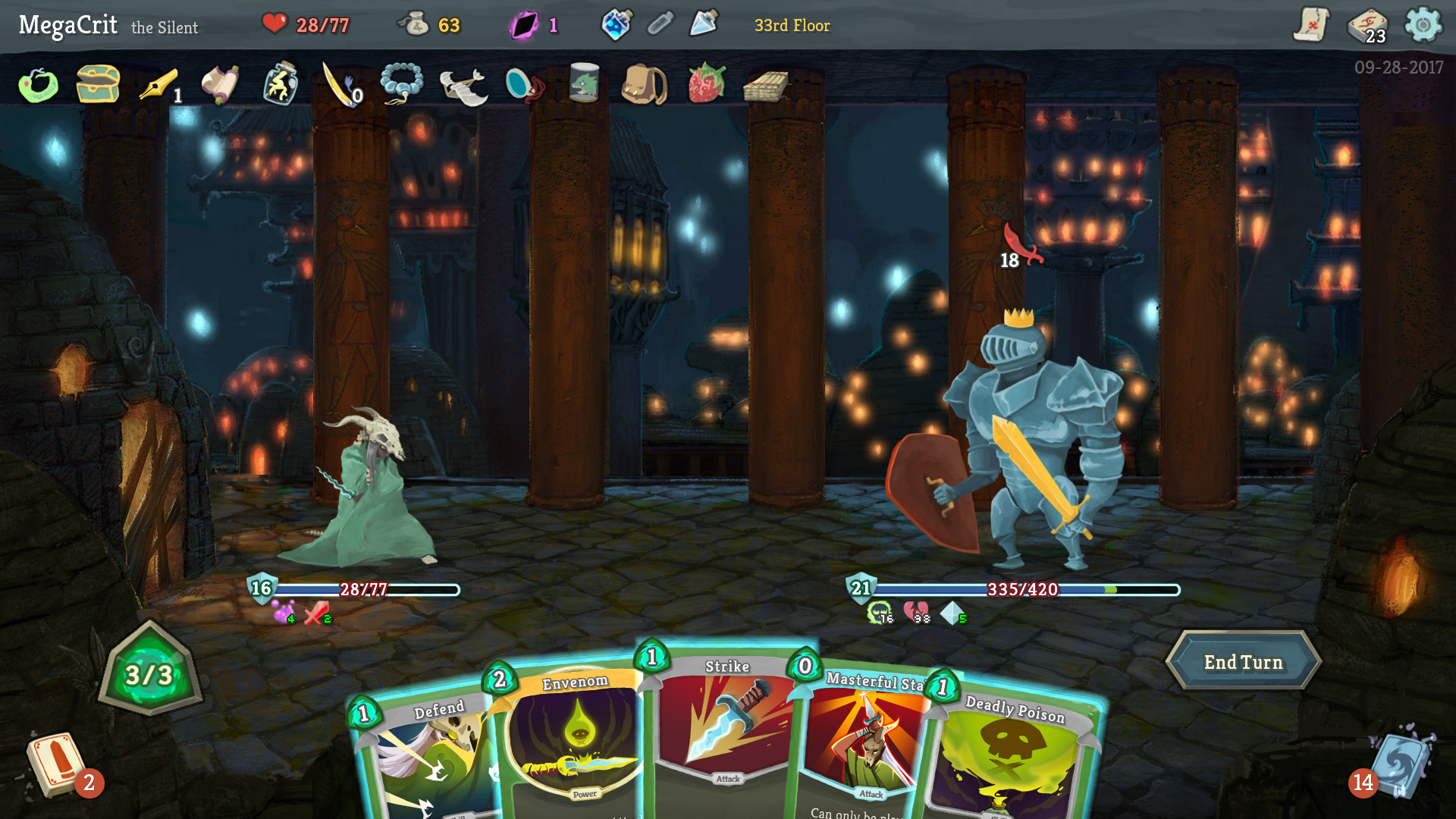 A roguelike deck builder with the power to hook its players like never before emerged in 2019. Slay The Spire takes a new look at the card slinging mechanic growing in the indie scene, combining it with the equally indie-favoured roguelike for a new spin on both genres. It’s a remarkably simple method of progressing through each run, collecting cards and learning their combinations with each new start. So effective is this pairing that it’s easy to wonder why the culmination of two indie giants has never occurred before. Slay the Spire offers a deep and deftly executed addictive deckbuilder experience, and definitely one of 2019’s strongest releases. 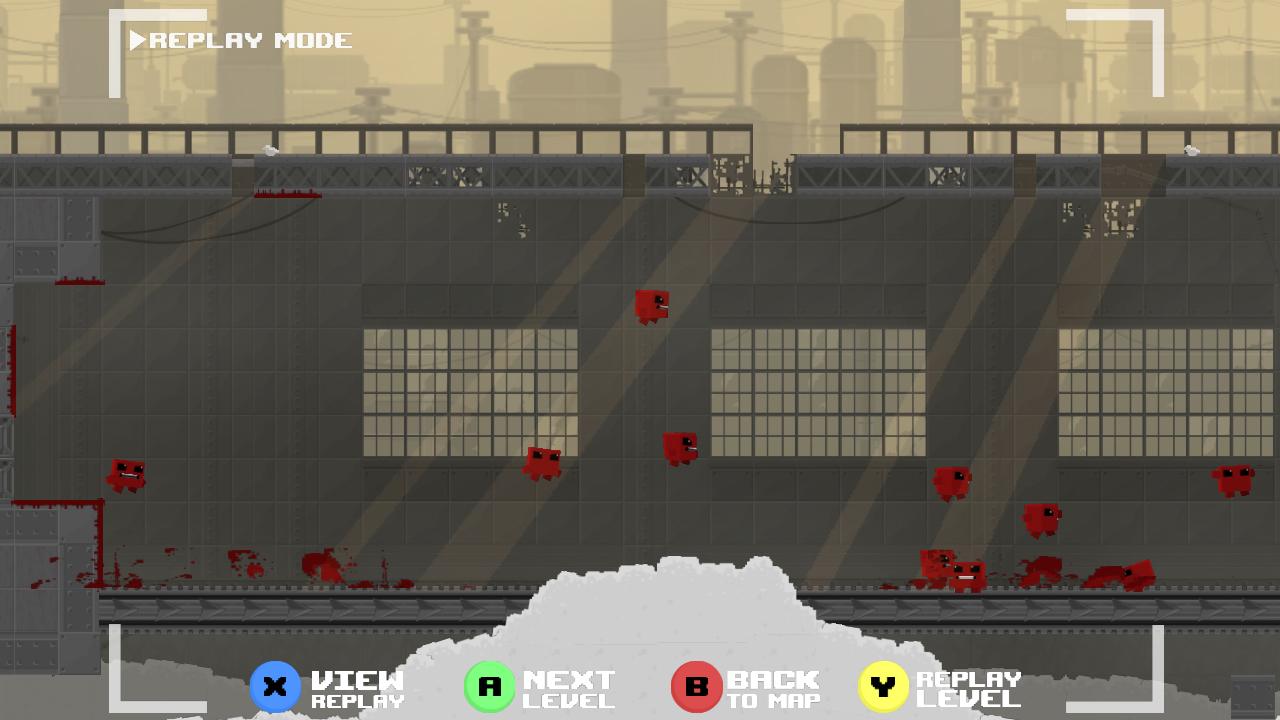 Born at the time of the indie revival, Super Meat Boy became synonymous with the indie game scene only further cemented by its appearance in Indie Games The Movie. That’s not to take away from the game itself though that was in many ways revolutionary. By taking the humble platformer, one of video games oldest genres, and flipping it on its head, Super Meat Boy breathed life into a stagnant style.

From its colourful way of dealing with death, to its quirky story and 2 man dev team, Super Meat Boy embodied what many indie games wanted to be. Fresh, creative and, ultimately, fun to play in a way that subverted mainstream efforts of the time. The game would go on to sell millions of copies and make its creators household names. Despite its illustrious history, Super Meat Boy remains one of the best platformers of our generation and still every bit as playable as it was almost a decade ago. 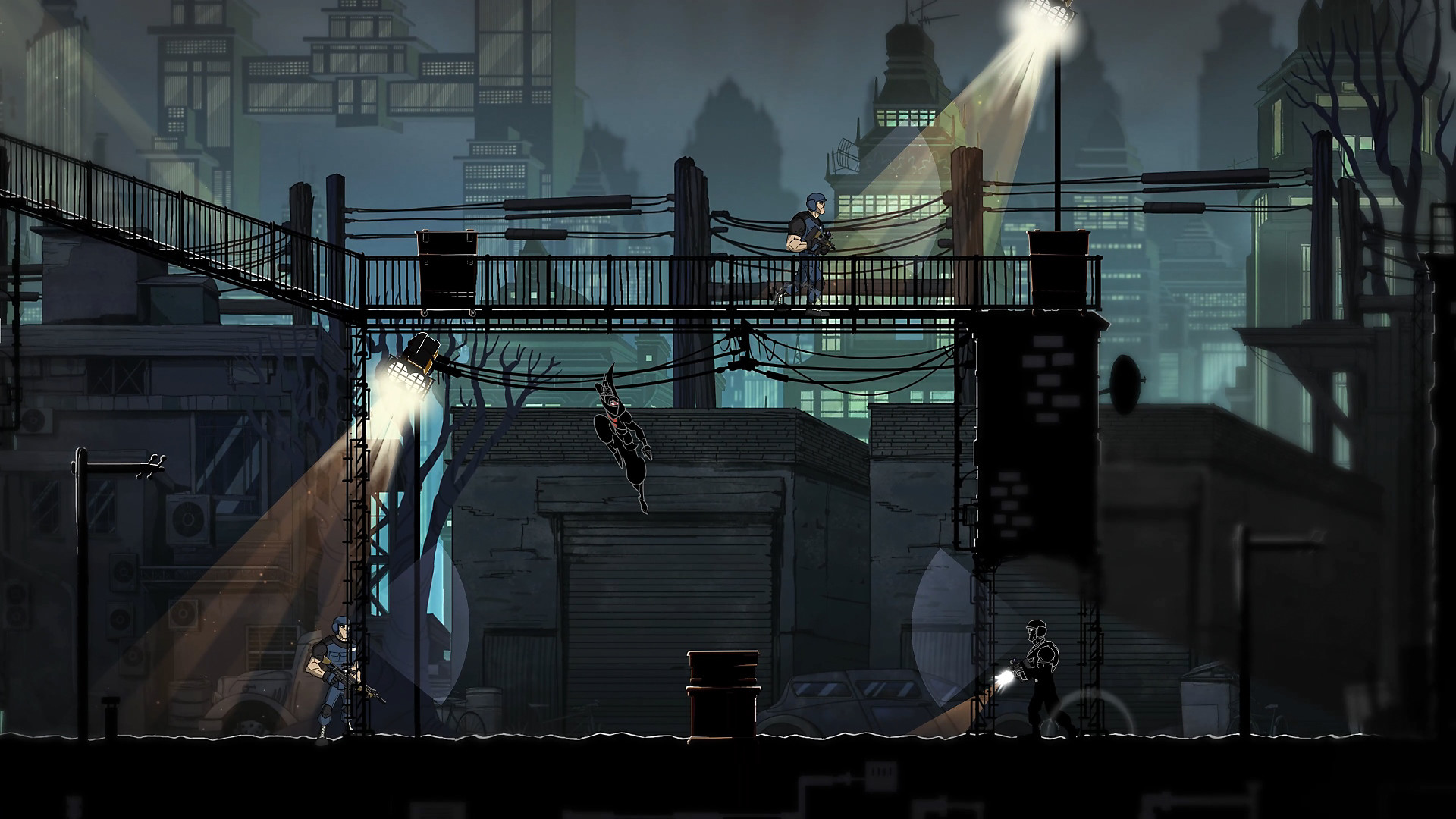 When enemies attack the hidden Hisomu Ninja dojo, a series of events unfold that will forever change their way of life. The clan of ninjas have been secretly living and training away from the rest of civilisation, until the moment their door is broken down by outside forces. As a member of the clan it’s up to you to find out exactly what’s going on, and how the military weapons your sensei stole from the attackers can be stopped. There’s a twist though. That new tattoo you just got inked gives you amazing powers of super strength, agility and speed – you’ll be using these powers to invade 2D levels and take out enemies with stealthy assassinations, all before the power of the ink turns you mad.

Mark of the Ninja is a stealth action platformer developed by Klei Entertainment. Its gameplay proves exceedingly freeing for a genre so often criticised for its on-rails, one strategy wins all approach. Use increasingly impressive moves to take out enemies from the shadows, or show off a bit and leave a disturbing corpse dangling from the rafters to spook any other combatants into a frenzy. You’ll be rewarded for the breadth of your approach, the silence of your stalking, and the general prowess you display on each level. Special Honour rewards can then be used to advance different abilities and skills, turning you into an ultimate sneaky machine. Mark of the Ninja carries a strong storyline with experimental gameplay and the mechanics to support both seamlessly. 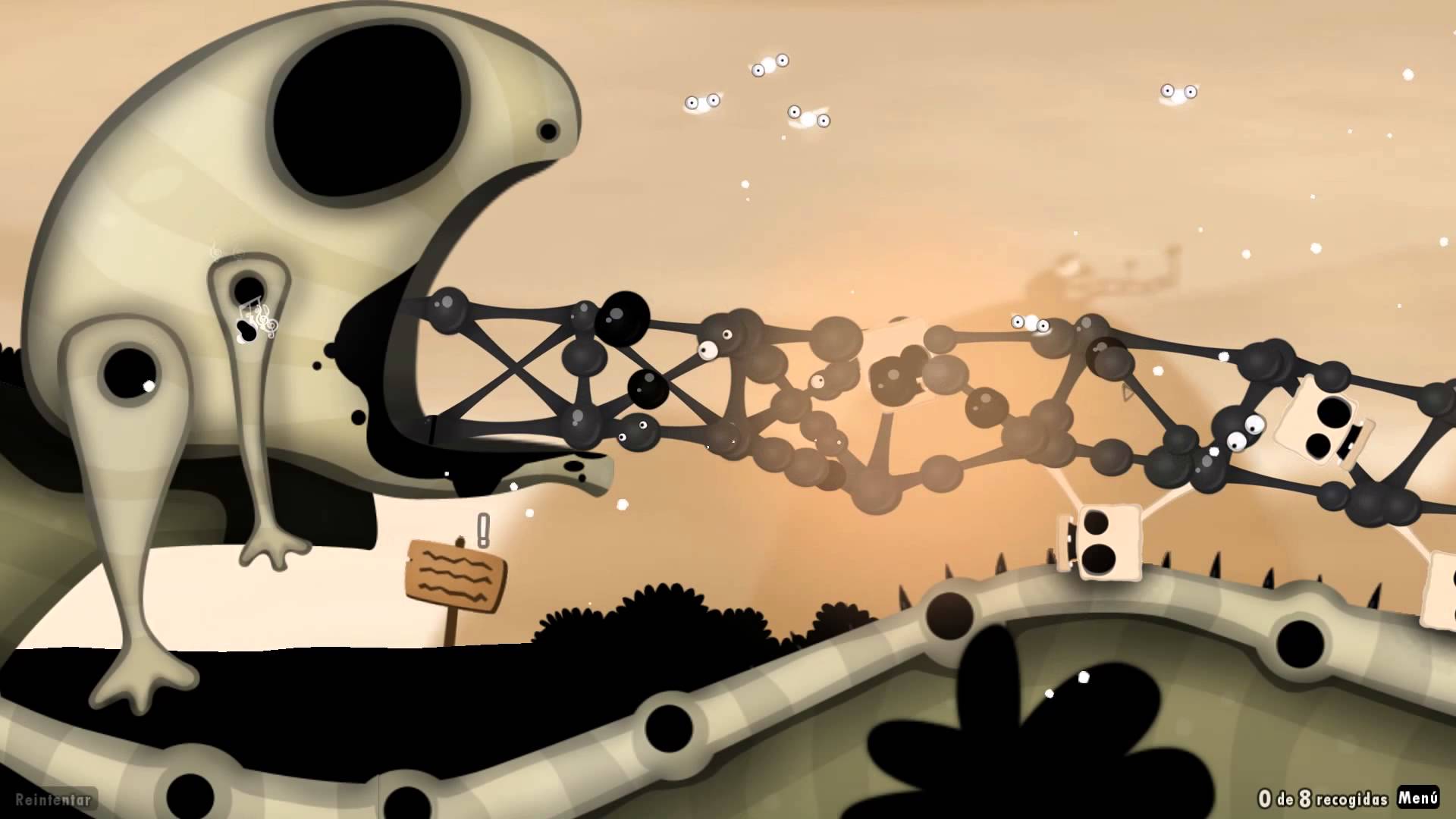 Launching way back in 2008, World of Goo was on the cusp of the indie game revolution and attracted critical praise thanks to its physics-based puzzles. Serving up a modern spin on classics titles such as Lemmings, World of Goo tasks players with building living structures out of the game’s Goo balls creating precarious towers and bridges with which to rescue their little friends.

It was a strange concept for the time but would come to define the experimental nature of the indie game genre. Built entirely by two developers, World of Goo’s originally gameplay and quirky style won it a multitude of awards, and deservedly so. It’s plain and simple fun. A game beholden to its novel mechanics rather than its depth or narrative. It’s also insanely addictive with a deceptively smart difficulty curve that sees you mastering the laws of physics before you know it. It may be over a decade old now but its lost none of its immense charm. 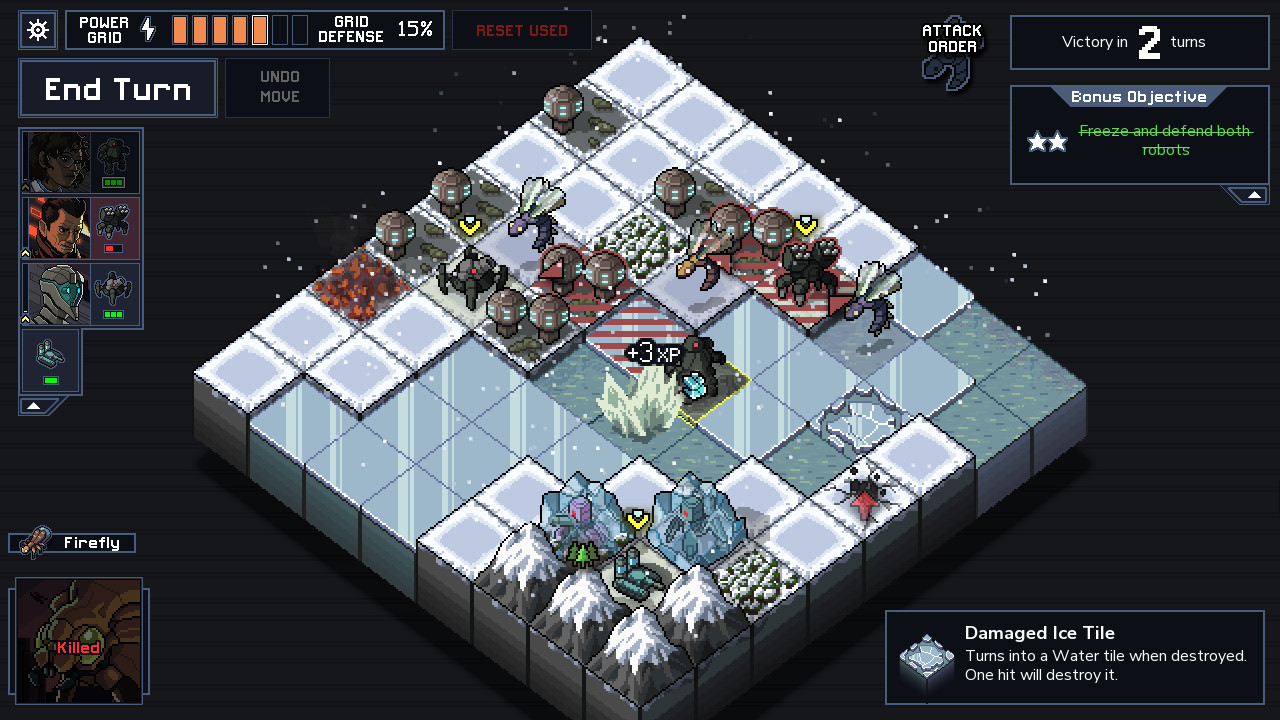 Created by the developers of FTL, Into The Breach is an addictive turn-based strategy game about giant robots battling gigantic bugs. Best described as Pacific Rim themed chess, Into The Breach is a game about planning and sacrifice. Approaching each map on your journey to eradicate the Gek menace you consider what you’re willing to lose. Your mechs? People’s lives? Your life? It’s a brilliant game of disaster management, particularly in your early runs.

Things do, of course, get much easier as with many roguelike games. Into The Breach has a nifty twist though that will serve you well in your failed run attempts. As your heroes are time travellers returning to the past to stop humanity being overthrown by said giant bugs, they can shift back to the future when things start to get a little too spicy. That means you can take all your exp and abilities and just dip out, plenty of other timelines to save. This soothes the excruciating pain of losing it all and starting from scratch inherent in so many roguelike games. Into The Breach really has it all, depth, replayability, challenge and the pleasure of nailing the perfect combo to save the day.

Next Up: Abandoned houses, family secrets, and building blocks