The Coma 2: Vicious Sisters is a side-scrolling horror with a big heart. You play Mina, a walking stereotype, who is cast into the shadowy, waxy realm of ‘The Coma’ during a normal evening at her school.

What starts as a relatively chilled experience quickly descends into atmospheric darkness. In the opening moments you are given a cliched speedrun of animated school life – boring classes, jocks and nerds, short skirts, and an unrealistic amount of respect for your teachers. All seems well until your test comes back with a rubbish grade and the whole world turns upside down (read that as you will). You’re given a steady tutorial before anything too savage gets thrown at you, each new power or item making you aware of just how dark this game could get. 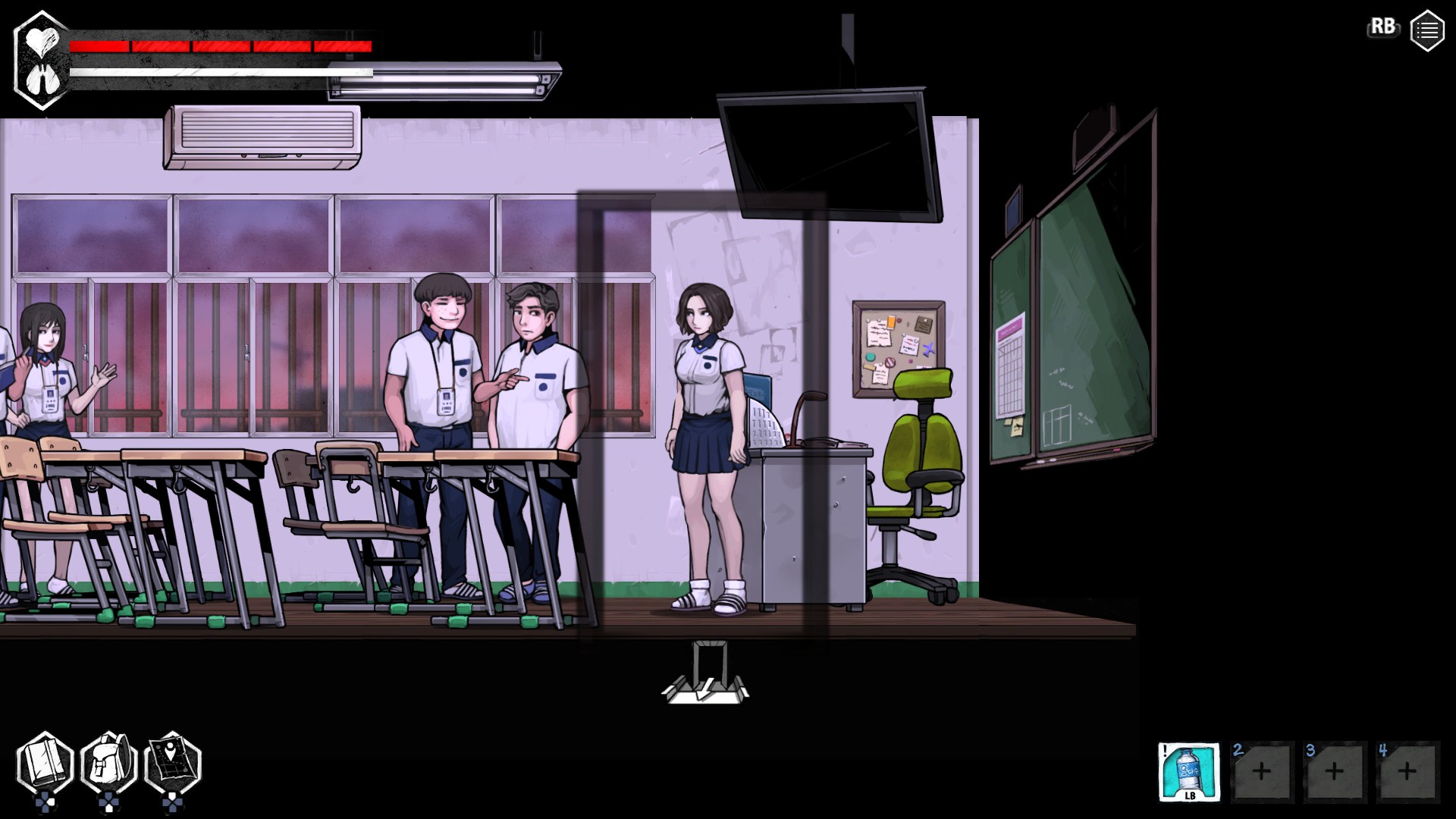 The Coma 2 is full of dingy corridors to skulk down, enemies that defy physics, and tightly wound suspense. Although I was skeptical initially, the game does horror very well in its own way. Flicking between side-scrolling, text overlays, and comic book panels, there is an unpredictability to the narrative that serves it nicely. The lore is campy but a lot of fun to get stuck into, especially if you talk to everyone you can and look out for torn pages to piece together the story.

Artistically, although there are a few snags such as overly repeated textures and questionable fashion choices, it is a pretty game. The maps are easy to use, the enemies are jarring, and the difficulty distinguishing between background ambience and tangible threat only adds to the effect. Whilst nothing immediately special springs to mind, everything does its intended job.

Seasoned horror fans might have a hard time getting amped-up enough however, as the art direction and side scroller action constrain The Coma 2 to a certain level of tameness. In my humble opinion, this doesn’t detract massively from the experience, which is primarily story-focused, but I can see some expectations not quite being met.

Hiding and using mace is your main recourse against the twisted fiends turning your friends to wax, dialling the tension up a notch when they zoom toward you – giving you a split second audio cue as you try to find an unlocked cupboard to cower in. The ambient sounds are really nice, creating a jarring mix between found-horror sound effects and remixed versions of everyday noises. Every building seems more creepy than the last, and you’re expected to figure out each sound’s meaning as you progress.

It feels mean to criticise The Coma 2. An obvious labour of love, the translations are very thorough and everything about it is very well designed. That being said, there’s not a great deal of play to get out of it, and it can be repetitive. You start with good intentions – wanting to find out what happened – but the story being delivered in miniscule slivers gets old fast, unfortunately. It feels paradoxically both too short and too long. The lack of variation in gameplay is also an issue in a horror game – relying on quick-time events isn’t the best way to make players feel engaged.

The story takes a while to get going, but the dialogue is fun and the characters are beautifully animated. There is a distinct period in the middle of the game where the tension, story, and vibe just hit the right spot – sadly, before and after isn’t quite there. A lot of the right ingredients are there – you’ll hear spooky sounds, spend a lot of time hiding in toilets, and get chased down corridors full of bodies. It works, it’s just nothing special. 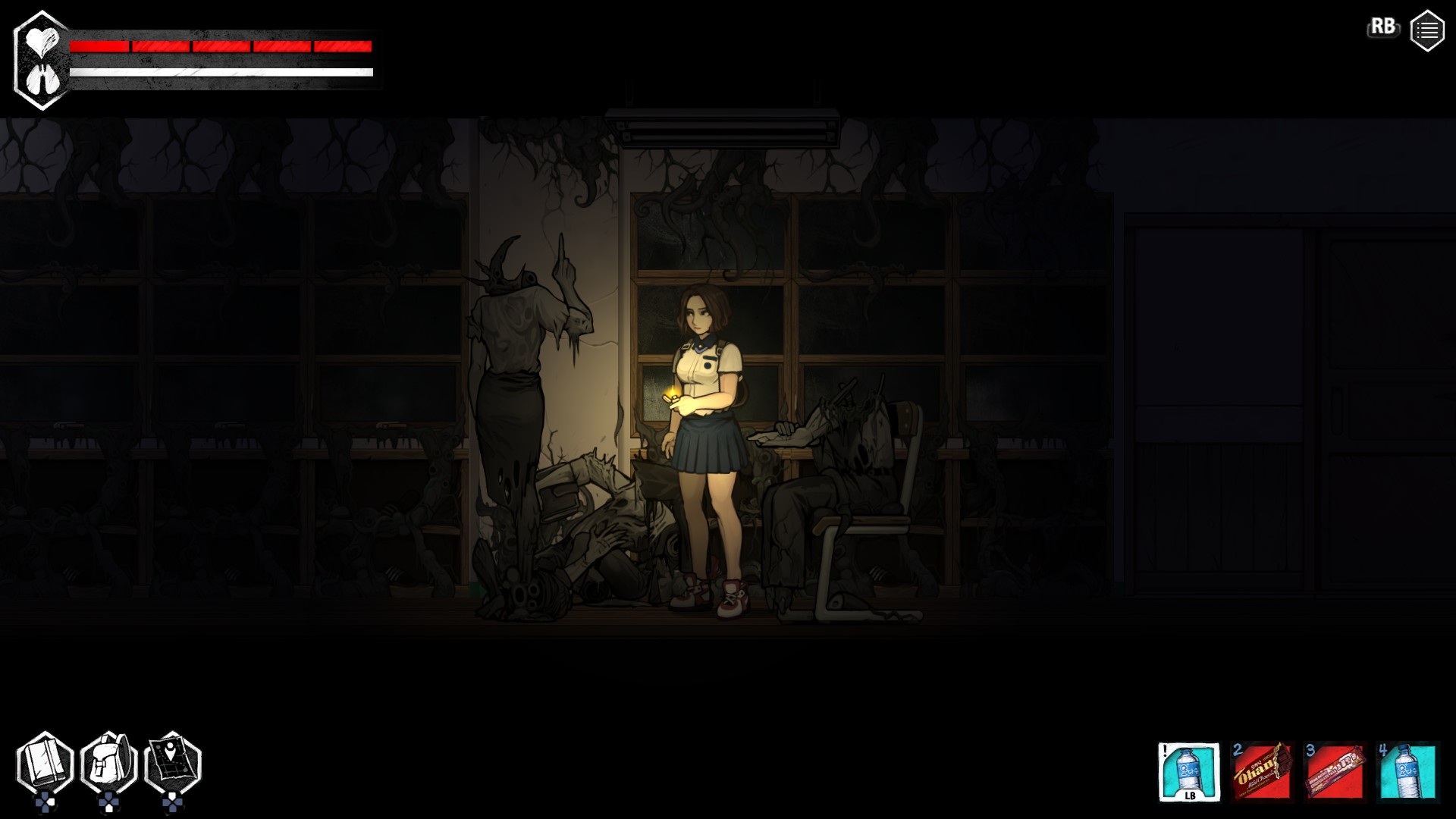 I would recommend this as a quick jaunt for lovers of Korean horror and all things eldritch. It doesn’t offend or do anything wrong, per se. It’s a nice choice of art style with an intriguing narrative, but it is unlikely to become a classic. I can’t say this game was made with anything less than the full passions of those behind it, and when it hits the right notes it’s definitely a lot of fun, but The Coma 2 has a tendency to feel like a bit of a slog… until it somehow finishes all too quickly.

Why You Should Be Playing Tabletop Simulator

Nick Bounty And The Dame With The Blue Chewed Shoe Review