Ori and the Will of the Wisps Review

Ori vs the even bigger world

Ori vs the even bigger world 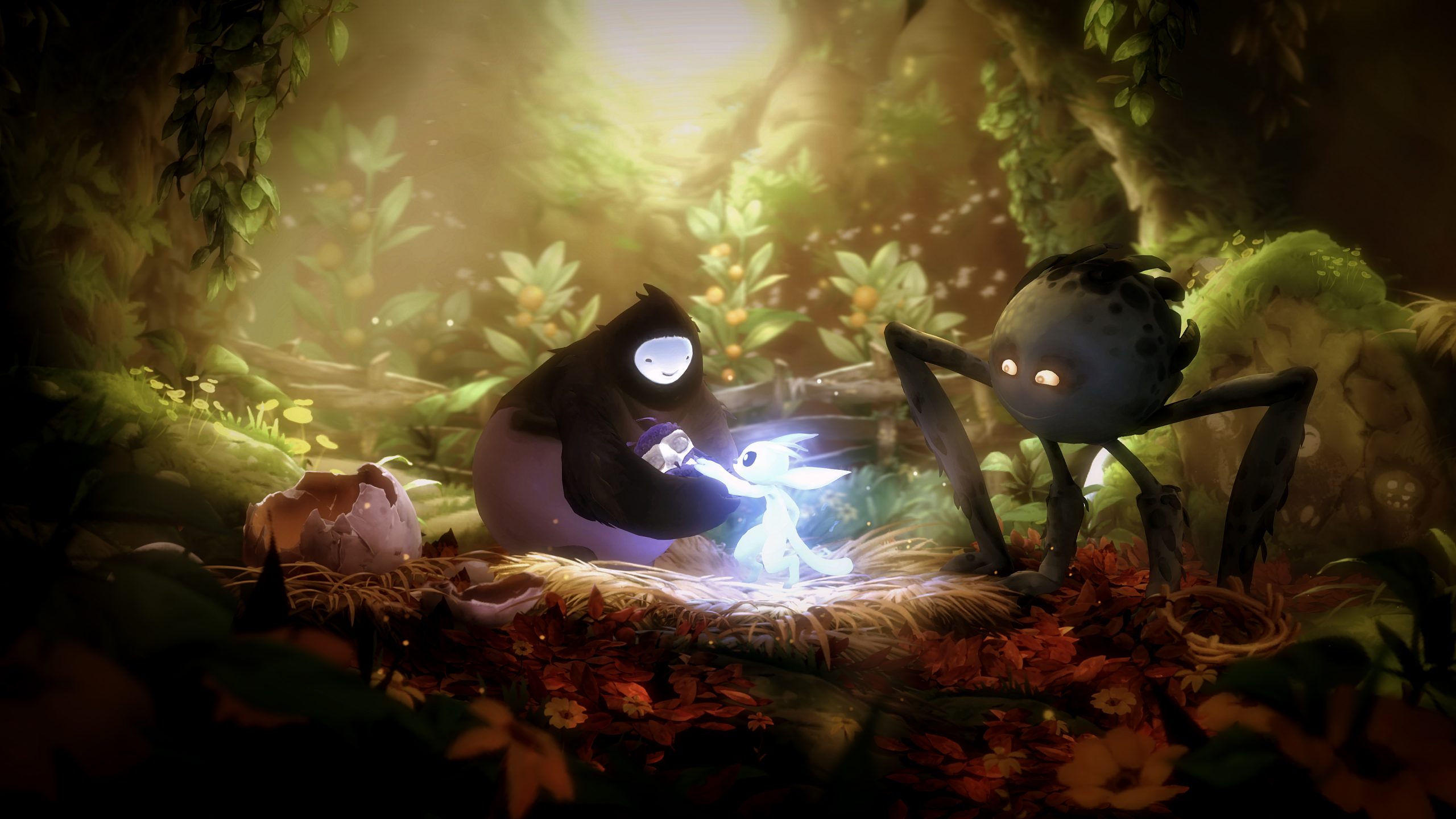 Ori’s as small as ever, but the world they find themselves in, even from the start of Will of the Wisps, is so much larger. This is the direct sequel to the breakout hit Ori and the Blind Forest, which had us cursing it out one second and weeping uncontrollably the next. It’s that magical combination of serene storytelling and masochistic difficulty that made the original Ori work, and it’s out in full force in the second game.

We begin our adventure with an introduction to that final unhatched egg that’s been playing with our parental instincts since the previous game wrapped. Kuru Jr soon hatches, and is welcomed into the family we left at the end of Blind Forest. From the off, it’s clear things are going to be different this time around. Will of the Wisps is going to have to sit on different foundations, even just for the sake of narrative. Sure, we’re still getting that gorgeous hand-drawn art style with a depth of field and smoothness of animation not seen in many other action platformers. We’re still treated to heart-wrenching montages, voice-over narration, and expressions of movement. We’re still playing with the flexibility to switch between lightning fast-twitch reflexes and slower, more contemplative puzzle solving. But everything about Ori and the Will of the Wisps feels bigger, deeper, and much, much longer. 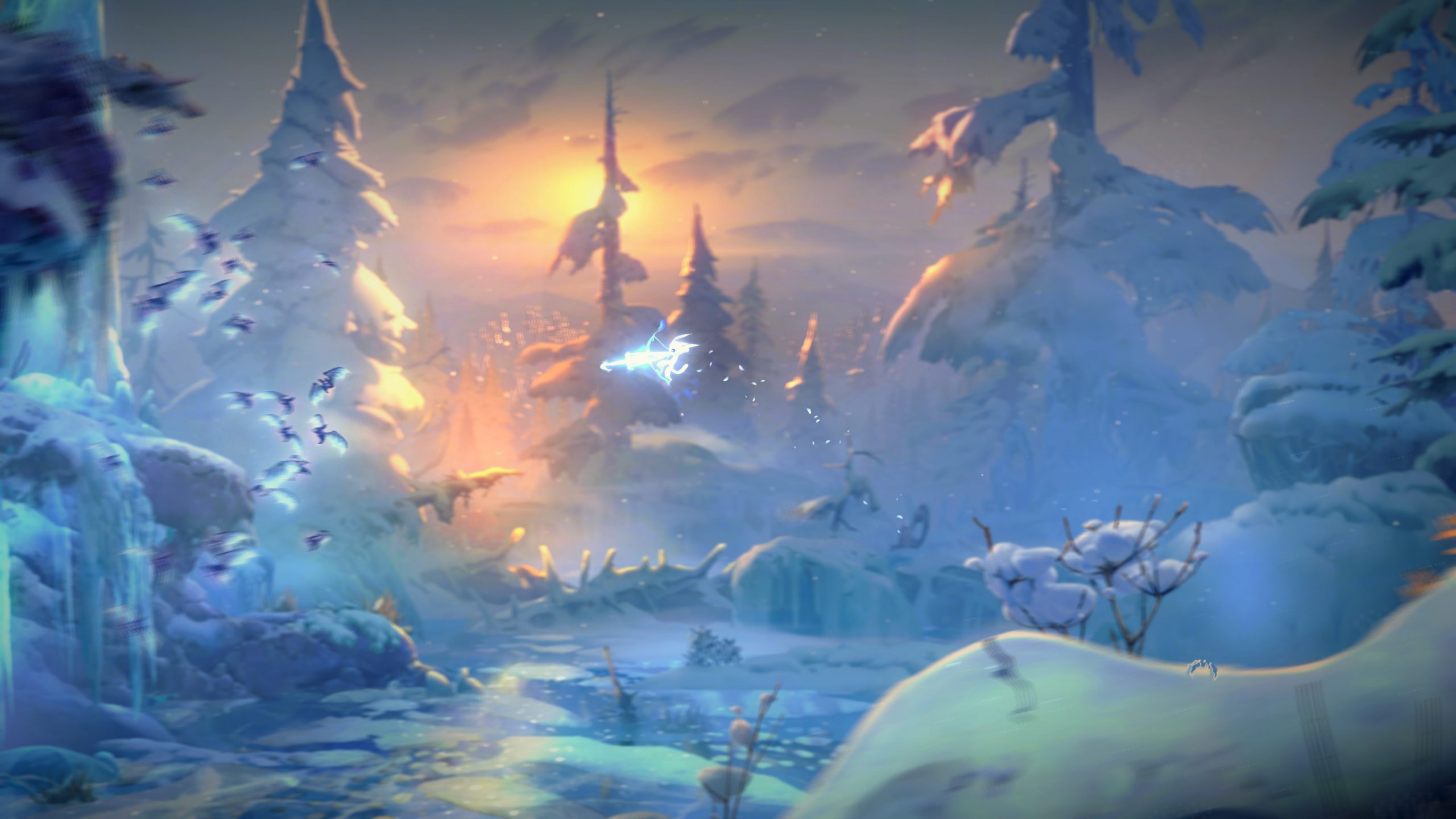 As you travel beyond the confines of Nibel, you’re treated to a wonderfully diverse series of locations. Immediately noticeable is just how much deeper these areas run, both in map size and screen real estate. An early example has me marvelling at the ferocity of a storm battling the forest I find myself lost in, all in the back layers of the screen as I continue my journey. I progress to a new section of this location just a few moments later, but just before I do, a large wolf takes snarling notice in the background, before slinking off to face me later on. Such depth is certainly carried over from the original game, but the result here serves to make Ori seem even more naive, even more vulnerable in the face of the corrupted world around them.

In fact, this feels like a central aspect of the overall atmosphere. The world seems to tower over Ori in every new land you visit, with seemingly insurmountable blockades and enemies everywhere you turn. But that’s where the beauty of this series comes into its own. The world is terrifying at first, and there will be wolves hiding in eye-wateringly pretty backdrops, but with every new skill, every new friend made along the journey, and every new personalised ability, every corner of this map opens up. Along your journey, you’ll meet the inhabitants of each region, trade with them, help them with side quests, and learn about their role in the forest. For all its heart-stopping art, tranquil music, and cast of incredible characters, however, it’s the combat that truly separates Ori and the Will of the Wisps not just from its predecessor but from the current cohort of platformers available.

They’re just a small sprite, nobody loves them 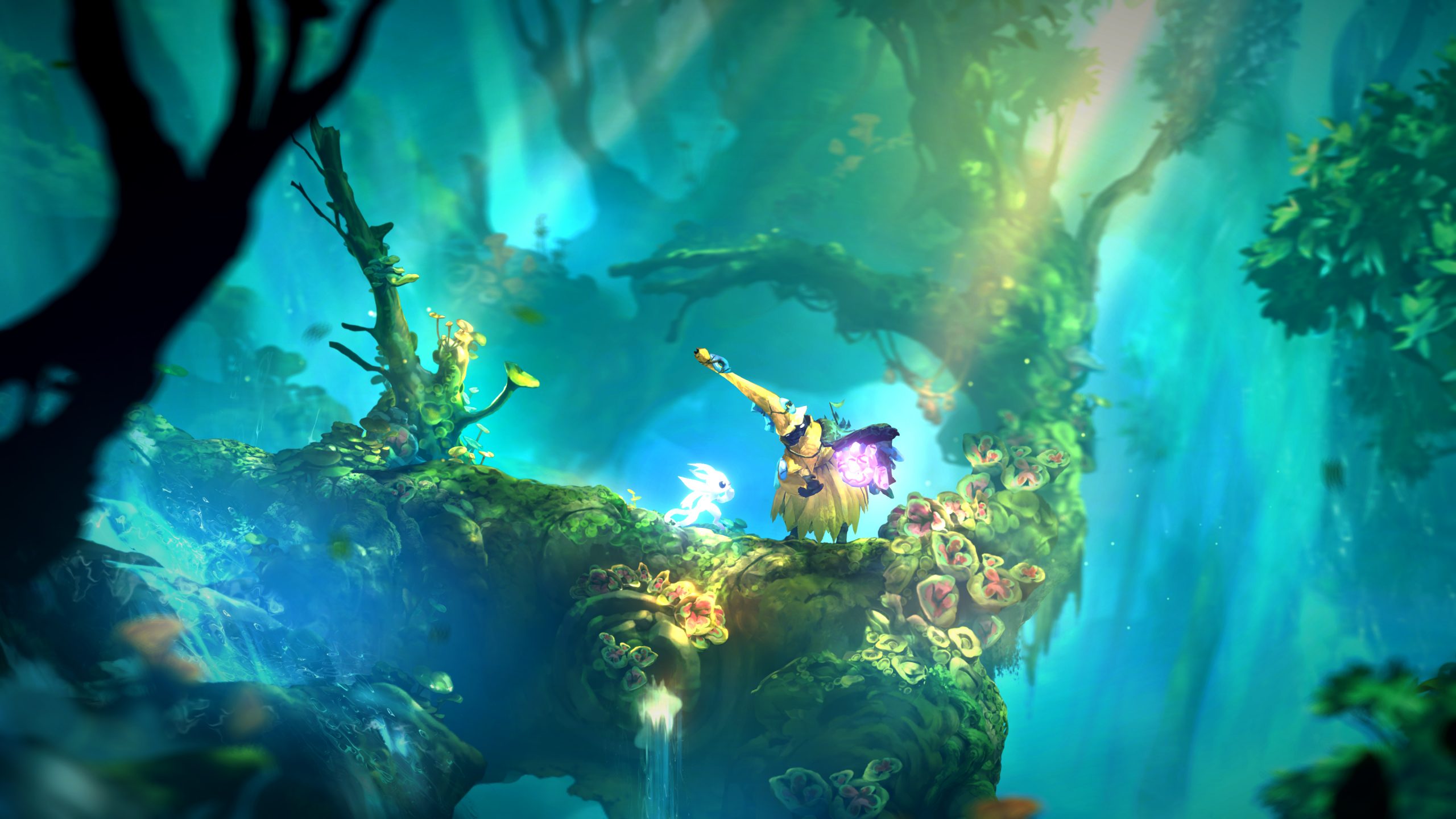 It turns out, not relying on Sein to fight your battles for you is incredibly fun. Instead of the light of the Spirit Tree, we’ll be taking on the evils of the forest with a good old fashioned sword and a whole host of extra abilities. Rather than the single linear skill tree of Blind Forest, Will of the Wisps opens up its combat to far more personalisation. Shards offer new passive abilities to hone your gameplay, meanwhile, extra abilities can be unlocked and upgraded through vendors throughout the world using that familiar Spirit Light. Pick up a new combat ability and you can assign it to a specific gamepad button. Sure, the new sword is incredibly satisfying – long, slender, and damn quick when combined in a series of combos – but there’s something about swapping your extra abilities in and out when matched up against a new foe that feels like a new layer of combat beyond strategically timed button presses. Plus, combat is hard. This still isn’t the gentle fairytale the almost water-colour art style would have you believe, and you’ll have to work to perfectly string each platforming manoeuvre and battle swing together in harmony.

Beyond combat, however, Will of the Wisps is also helping you personalise your game style through extra passive abilities. Near the beginning, I unlocked an ability that allowed Ori to cling to walls, run up them, and stay put when no input was received. I nearly cried. If there was one frustration I had with the original game, it was wall jumping. Oh, it was definitely smooth, well-tuned, and used perfectly well enough in-game – I just hate the frenzied strain of maintaining a position on a wall by pressing A at just the right time in order to leap across to the next surface. And here that was, completely eliminated. Of course, you don’t have to equip this ability – but the point is the option is there, and choosing which shards to position in your three available slots soon becomes a meta-game as you work out where your strengths and weaknesses lie in each area of the map, especially in the later game.

Better than a kick in the teeth 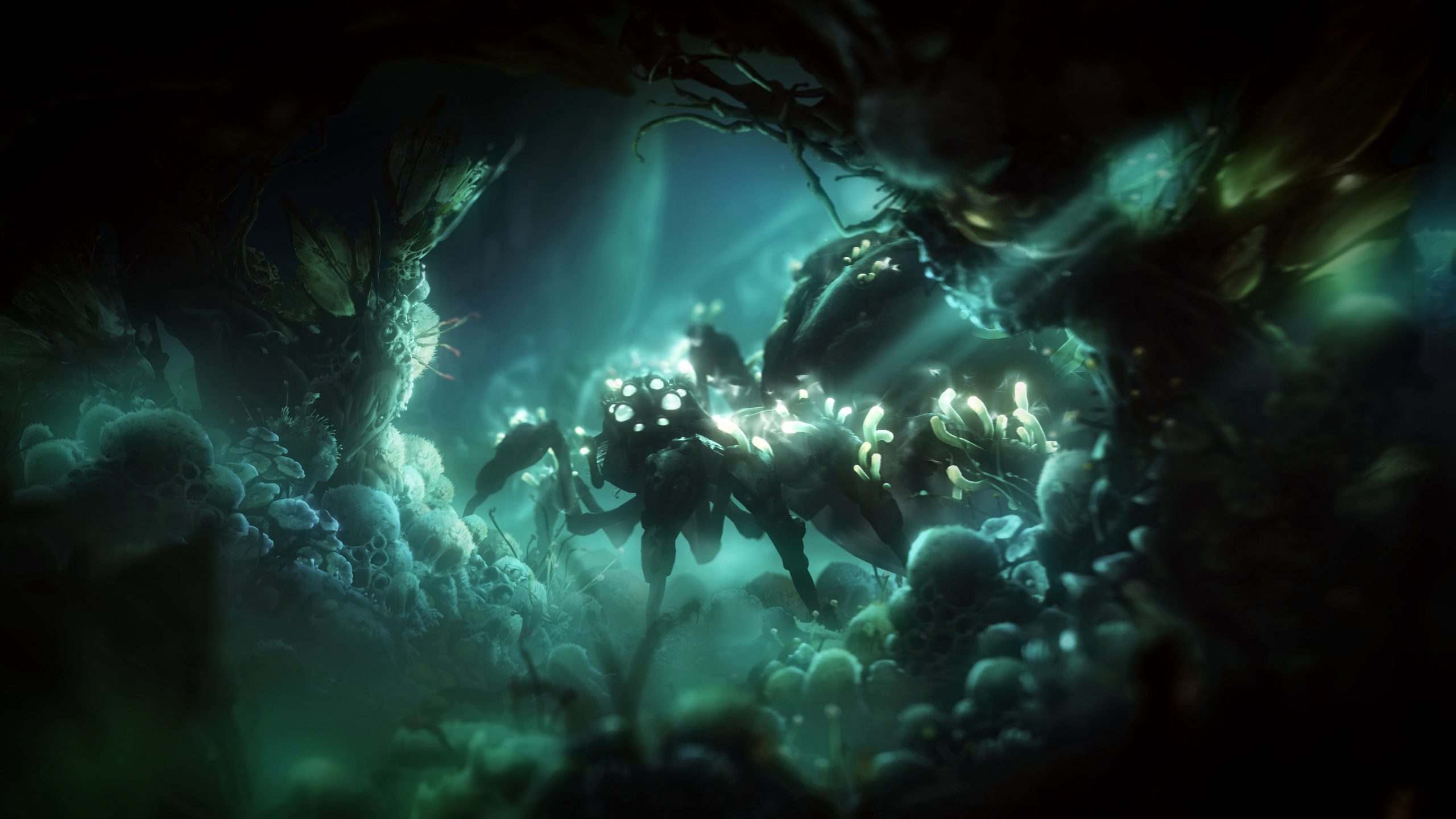 Of course, there have been some sacrifices. The loss of a manual save-point may, like my wall jumping godsend, be a win for many. However, I was disappointed that a mechanic that had almost become a core gameplay feature for me had been done away with. Strategically placing save points and gripping your controller through an unexpectedly difficult section became part of Ori’s charm over the first game, and letting us off with an auto-save feels like a watering down of that element of difficulty and punishment. That said, once you really get into it, Will of the Wisps does progress further in challenge than Blind Forest seemed to, so perhaps this is a feature more designed to compliment the late game than the first few hours.

Overall, Ori and the Will of the Wisps retains Blind Forest’s effortlessly satisfying platforming experience that defies a rage quit, while building on the central experience with a much larger map, richer combat experience, and more ways than ever to personalise your playstyle. Every grapple, slam, and triple jump builds on that unmatched flow of gently nudging you towards confidence, rewarding you when it’s there, and punishing the cocky. You’ll soon be flying through these gorgeous worlds with grace and style, and while it may look effortless on-screen, you’ll be concentrating damn hard on perfecting every move. That’s one of the best feelings in fluid platforming, and you can guarantee that Will of the Wisps oozes such sophistication.

[Reviewed on Xbox One]