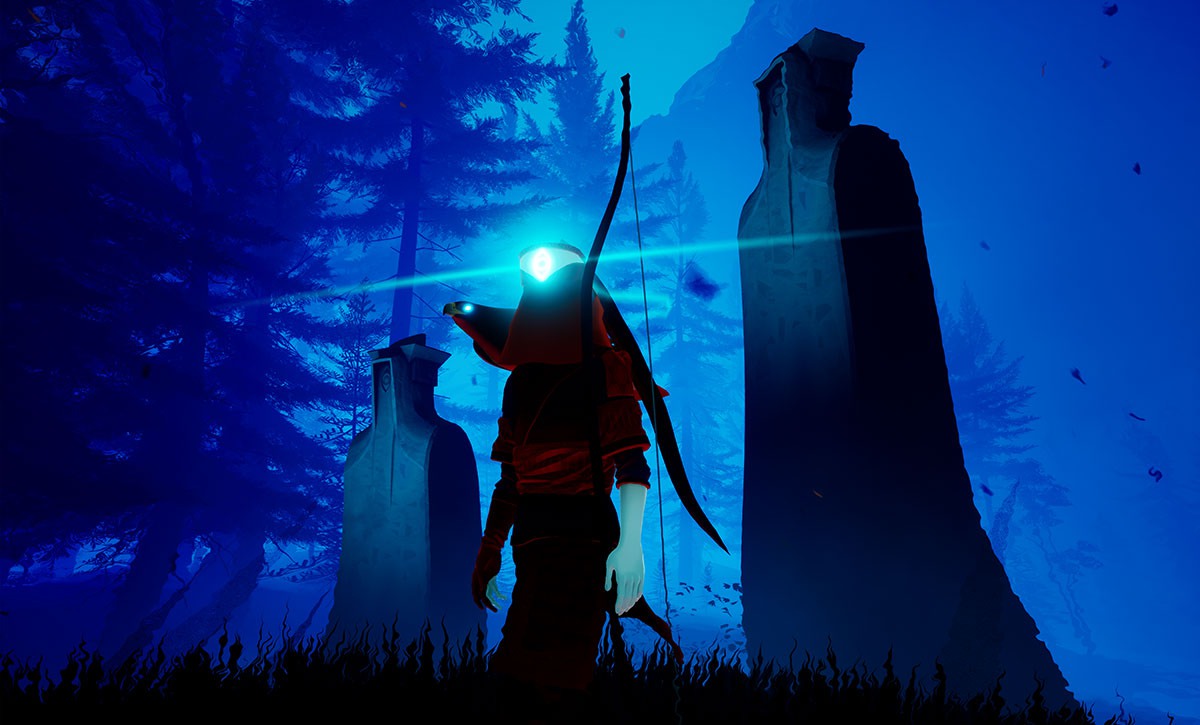 For a game titled The Pathless, Giant Squid’s latest is a refreshingly streamlined experience. Much like their prior game, Abzu, it is aesthetically and mechanically clean, abandoning the accumulated cruft of the open-world genre it occupies, shedding nearly every piece of extraneous busywork to craft a lean and thoughtful experience.

Set in a mysterious world that appears is steeped in Tibetan feeling mythology and sounds, The Pathless sees you explore a vast open-world as The Hunter. She is on a journey to cleanse the land of the corrupting influence of the Godslayer, a malignant three-eyed fiend who has turned the great beasts of the land against its populace as he attempts to usher in an age of calamity.

You know the tale 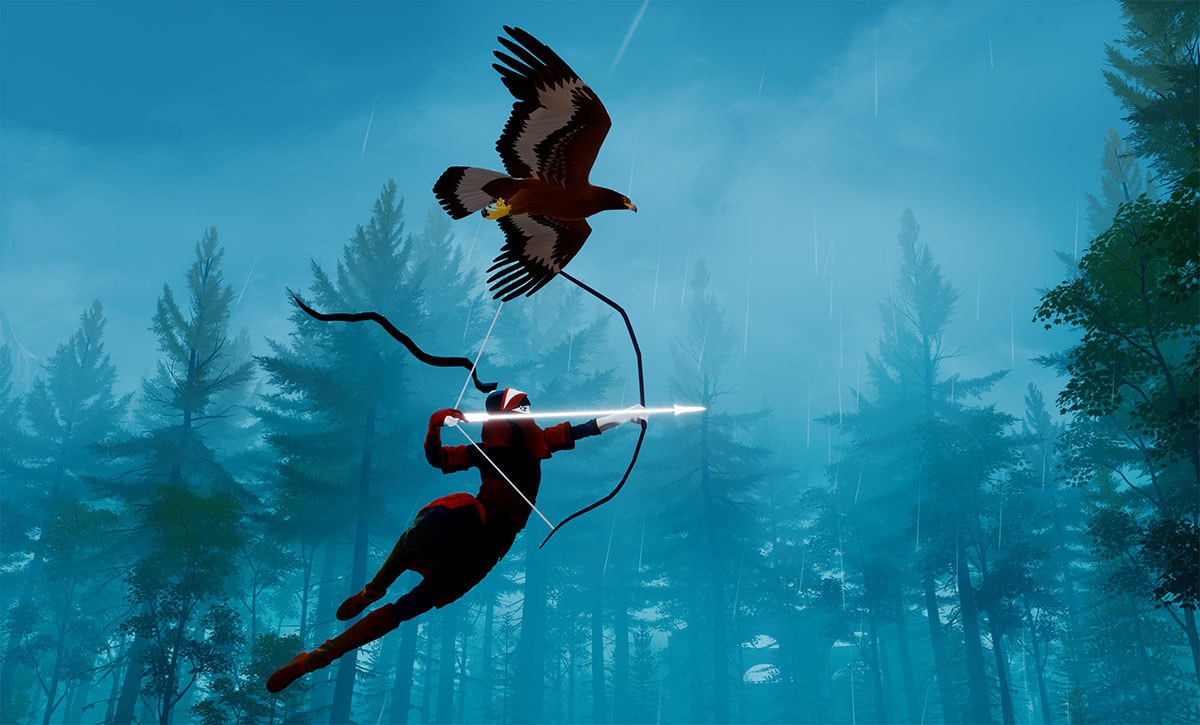 The setup is a simple tale of good and evil, and after being gifted an eagle by the mother spirit of the world, you take to the steppes to solve puzzles, collect talismans, and defeat the cursed spirits that prowl the environments ahead. And what environments! The Pathless is as stunning as its predecessor; its vast smooth visuals ground the world as equally as they elevate it into something ethereal, any individual vista feels worthy of framing.

Given the pitch and the scale, The Pathless could have been a cloying open-world smothered in objectives and sidequests, but is instead an elegant and streamlined experience. Movement and archery are the main attractions, with The Hunter able to shoot talismans to grant her a speed boost that transforms her gait into that of gazelle – each step allows you to cover huge amounts of ground, and chaining together shots sees gives you further boosts, allowing you to cut across the environment with little resistance. 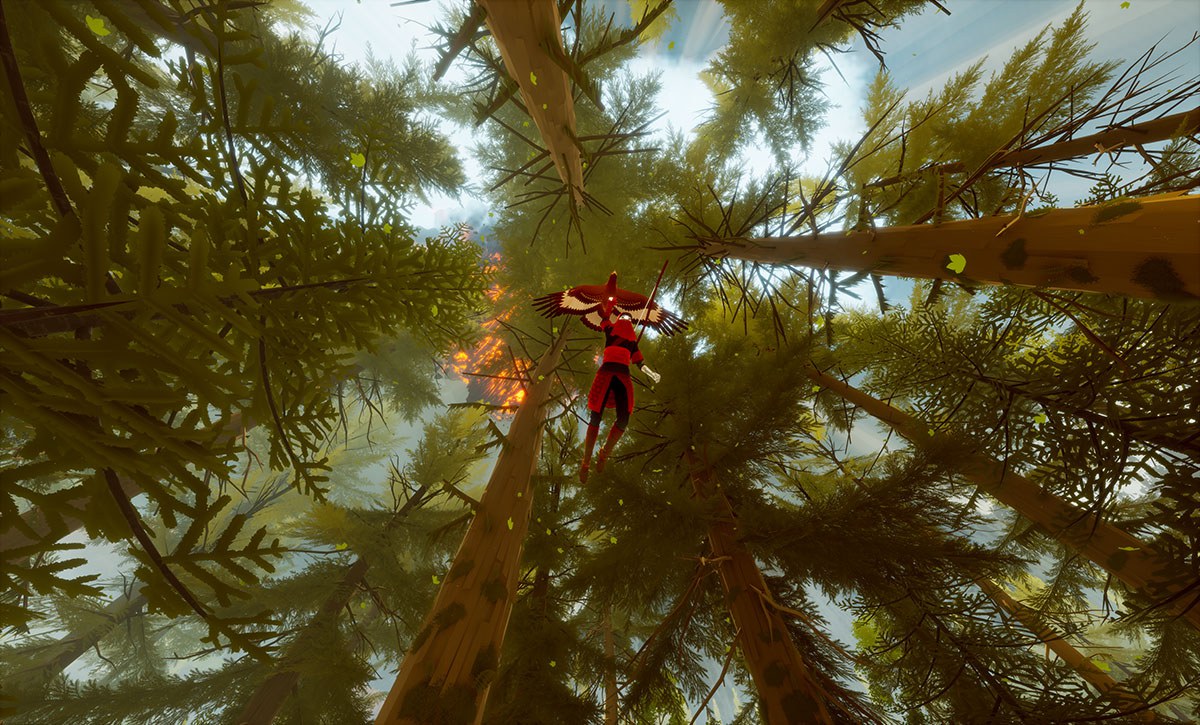 This lack of friction is at the core of The Pathless: everything that can get in your way is simply elided by the gameplay. There is no need to aim – the Hunter is preternaturally proficient with her bow, allowing you to focus on navigating and timing. Your eagle companion aids with jumping, with a limited secondary flap based jump that you can gather more uses of as you play.

Enemies only appear in the form of the aforementioned cursed spirits – they hump around the map, bathing areas in a tumultuous crimson storm which when entered forces the Hunter into a light stealth encounter where you must find your eagle. There is no real fail state here beyond losing a few of the upgrade currency that allows you to flap during a jump, and these encounters are more speed bumps than conflicts. As a bonus, upon exiting the storm, you’ll need to pat down the eagle to get rid of the corruption – a lovely little moment that strengthens the bond between the pair.

Rather than litter a map with icons and quest givers, The Pathless is an austere affair. In lieu of a map, navigation is accomplished through the use of a spirit sight which highlights areas of interest in red, identifies the location of the tokens, and the towers you need to take them to in order to begin the purification of each spirit.

I think it’s this one 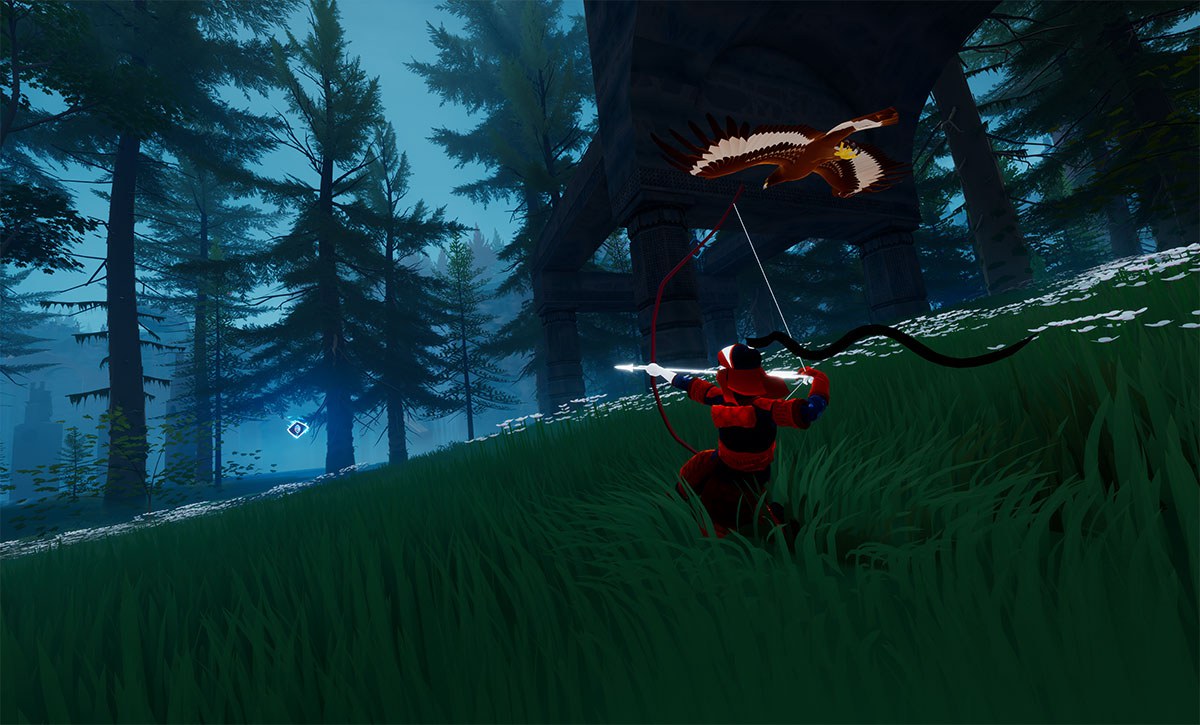 Each token is hidden behind a light puzzle that tends to involve manipulating the environment to fire arrows at targets, figuring out the correct position you need to occupy before performing an impressive trick shot with a squeeze of the trigger. These could be rote, but the timing of the animations and the sound of the arrow as it skips through braziers and runic rings keeps them feeling mostly fresh.

Upon finding enough tokens to light up three towers, the game transitions to a chase as the Hunter chains together arrow shots and boosts to gain on the spirit, and pelt it with arrows. These encounters are again, entirely frictionless: there is no fail state beyond losing distance on the beasts. After they are weakened enough, the hunt is succeeded by a more cinematic boss encounter, before the spirit is ultimately purified and the process begins again.

The Pathless follows this formula, often to a fault, and could be accused of being derivative of games such as Shadow of the Colossus, Breath of the Wild, and Furi, but by approaching the typical spectacle and scale of an open world with the mindset of an experiential game Abzu, it creates a game with an immense sense of mood and atmosphere that sidesteps the mechanical demands that spectacle would suggest.

Music to your ears 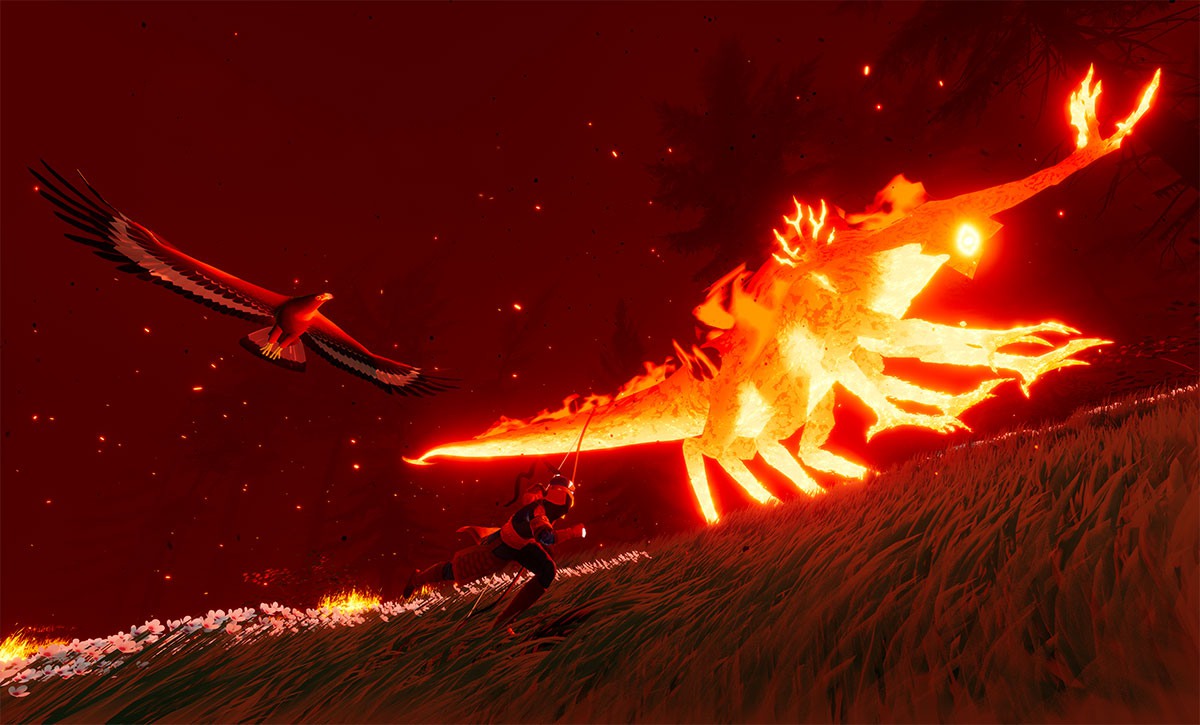 Special mention has to go to Austin Wintory’s incredible soundtrack. Drums, throat singing and strings all work together in harmony and transition beautifully to suit the mood of the game – the throb of the double bass during some puzzle sections calls to mind Talk Talk’s latter-day work, and it all works to steep the game in a wonderfully meditative quality.

In its quest to remove everything that ties it to the bigger games it emulates, The Pathless does lose something in the process. Purifying spirits feels slightly too brief, with their spectacle being overshadowed by the simplicity with which they are dispatched, and the automatic nature of arrow trajectory during puzzles can often make them feel little more than perfunctory at their worst.

Nevertheless, The Pathless still excels in spite of these failings, simply because it attempts to tackle the homogenous open-world design in a novel way. Its use of scale imbues the experience with all the grandiosity of a 60-hour title, but the lack of friction and purity of vision means that it accomplishes its epic conflict in a tenth of the time and in doing so manages to leave a real impact.