Since the release of Telltale Games’ The Walking Dead and their subsequent rise to fame in the 2010s, the element of choice and consequence in gaming has become more prevalent, making its way into the point-and-click adventure genre by the end of the decade with games like Lamplight City and Unavowed. But rarely does a game fully explore the impact of the player’s choices and their lasting consequences.

Enter Lacuna, the debut game from German developer DigiTales Interactive, and what a debut! The scene of this pixel art sci-fi noir adventure is a futuristic universe of technological advancement, uneasy planetary alliances and colossal social divides. You are Neil Conrad, a CDI agent called in to investigate the murder of a political ambassador from a neighbouring planet. But this is just the beginning of the unveiling of an intricate web of secrets that will turn Neil’s life on its head, and potentially put the balance of the solar system in jeopardy.

Being one of my standout demos from the Winter Steam Games Festival in February, I was eager to see if Lacuna delivers on the tremendous promise it showed—and I was not disappointed. Not only does it offer elements that echo authentic detective work, it’s also a truly immersive experience. Thanks to the stellar writing and world-building, choices weigh like a stone in the pit of your stomach; consequences can be huge and are not always immediate, meaning you find yourself on tenterhooks as the story progresses,  wondering how events will play out. This is because conversations are non-repeatable and responses are timed, giving you only a fraction of time to make a choice, oftentimes far from clear cut and sometimes having simply no right answers. And if you’re thinking of reloading an earlier save to ease your conscience, think again! Manual saving is not an option in Lacuna and autosaves occur at certain points—time marches on and the ripples of your actions spread ever further. The outcomes are something Neil, and indeed you, have to live with. No decision should be made lightly. 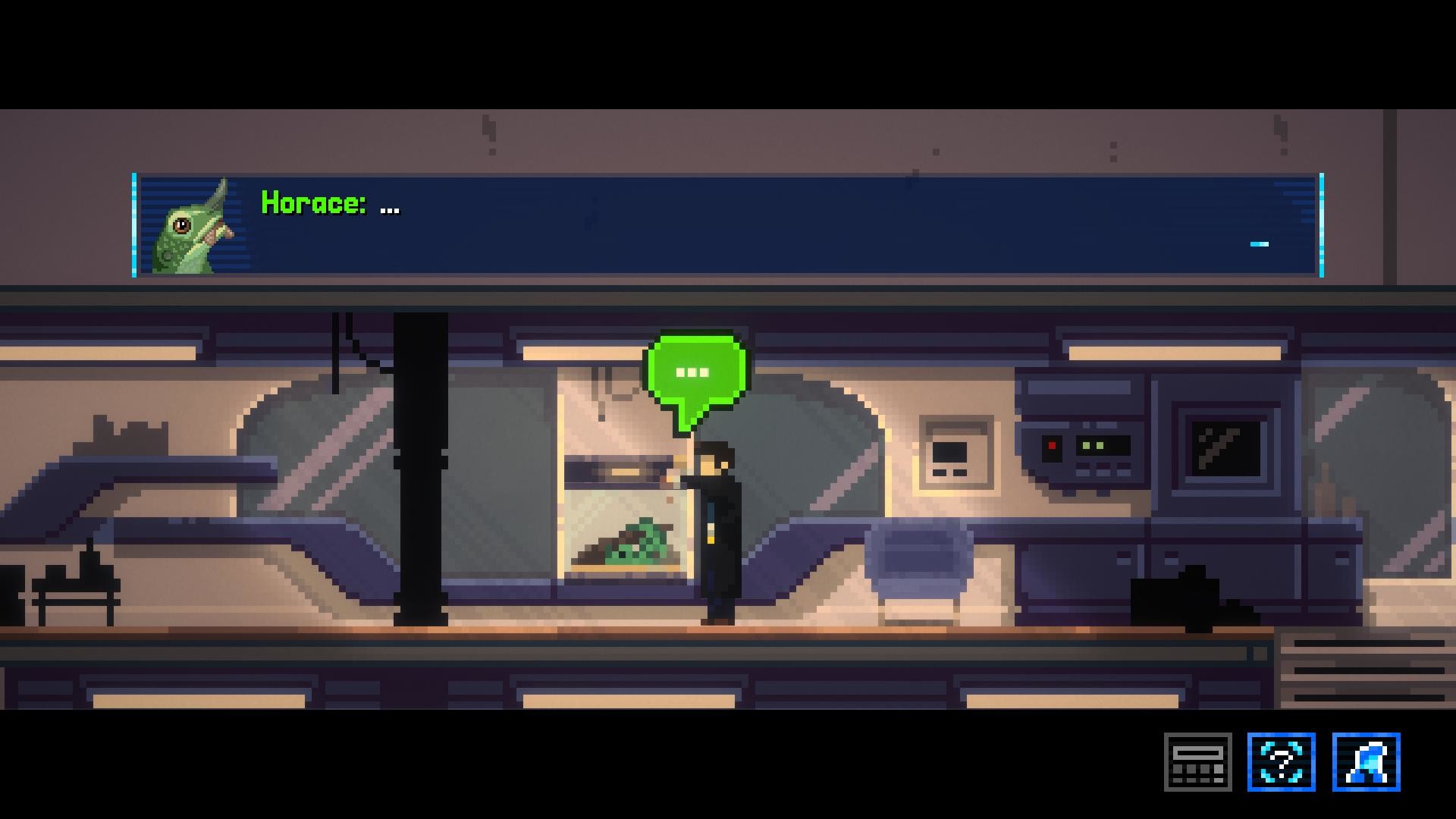 This immersion is further enhanced by the top notch visuals. It will be a chilly day in Beelzebub’s backyard when I stop swooning over intricate pixel art and animation—and Lacuna’s is simply breathtaking. Planes, details and lighting are used to phenomenal effect: market districts are bustling with activity, skyscrapers and neon landscapes can be seen in the distance and the light of streetlamps caresses the walkers as they pass by. All this adds to the feel of a layered, thriving world, offering a glimpse of just how far reaching the consequences of Neil’s actions are.

An adventure game that, in DigiTales’ own words, “does away with the baggage of many adventure game tropes”, Lacuna indeed further paves the way for adventure games looking to break from tradition in how it approaches investigations. As a CDI agent, Neil must question witnesses, collect evidence and connect the dots in order to solve a case. A button press activates ‘Investigation Mode’ which singles out interesting objects or elements that yield vital information. Not a fan of pixel hunting? An optional highlight feature will draw attention to interactable objects and people of interest.

Plus, instead of grinding to a halt by a convoluted puzzle, the story can always be driven forward in a number of approaches, depending on the outcome of your investigation. As a detective, you must help Neil draw crucial connections from the details he uncovers and look out for things that don’t add up. Doing so means making use of the ultimate detection tool: the Cell. This nifty device stores clues, conversations and other useful information that could impact the investigation. Once you’ve made a conclusion about a case, you must submit a report or ‘Sheet’ to the CDI, detailing your findings. One small detail could mean the difference between cracking the case wide open and letting a dangerous criminal escape scott-free! This approach is wonderfully slick and streamlined and genuinely replicates the experience of conducting complex detective work. 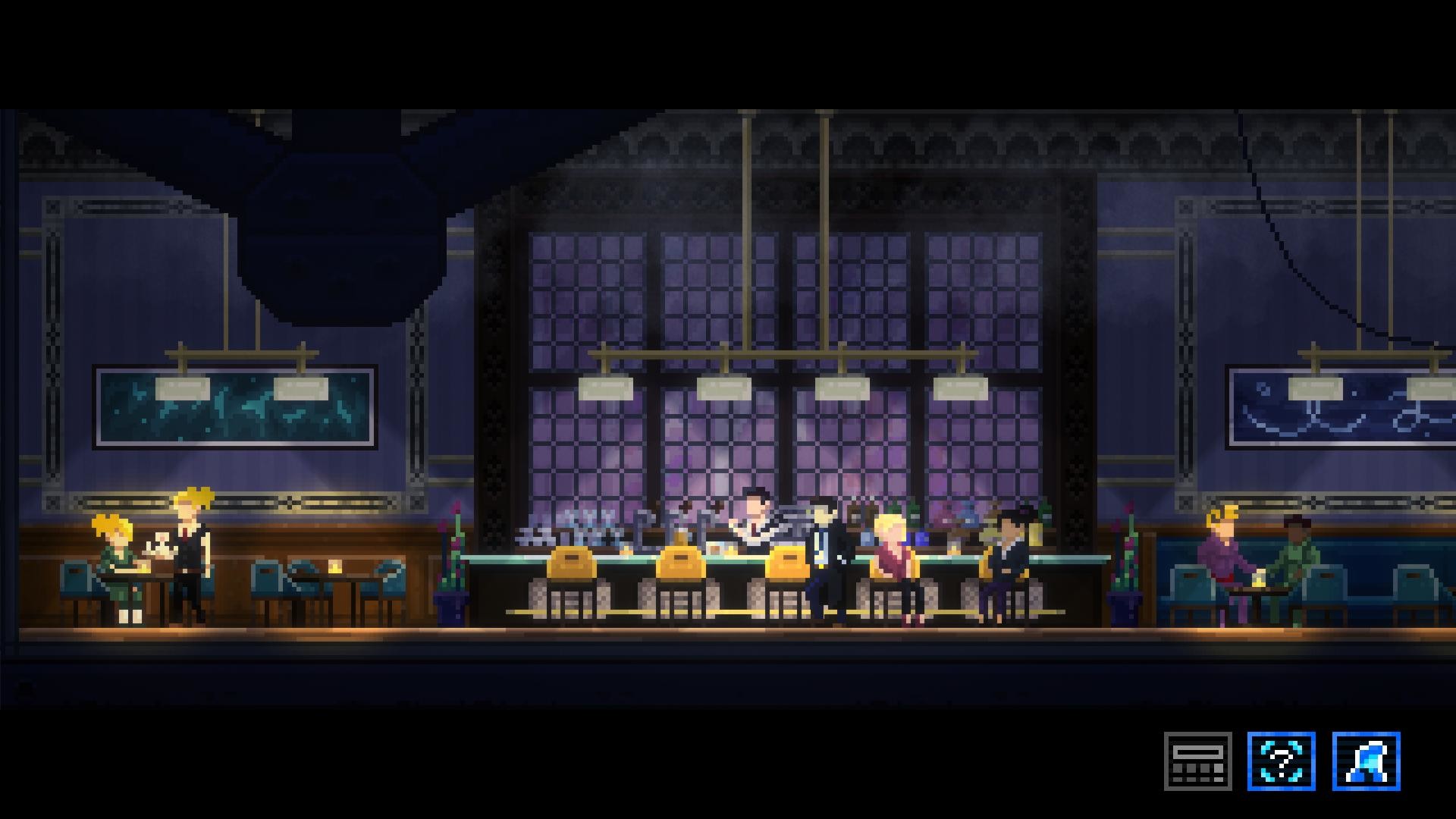 So, what’s the catch? There’s only one minor drawback. Without stepping into spoiler territory, it becomes apparent later that a certain character is heavily involved with the unfurling narrative. But the nature of that involvement is somewhat glossed over and referenced only briefly in one segment. This could’ve been explored in a lot more detail, given the depth of their involvement, even being a whole new case in itself. At 4.5 hours long, despite the replay value in exploring different choices, you’re left wanting a little more; an extra case would satiate that craving just nicely.

It’s rare that a game fully explores the weight of choice and consequence, but it’s even rarer that a debut game does it so well. Lacuna is that game: an intricately crafted, perfectly paced and engrossing experience that places the story front and centre. Players will be on the edge of their seats, pouring over every detail and—quite literally—reflecting on the choices that led them there.

Rowen is a freelance writer, performer and content creator with a penchant for colourful attire and floral headwear. Bitten by the gaming bug at age five, she is a huge fan of pixel art games, RPGs and point-and-click-adventures and flits about the Steam Game Festival religiously.