Deceit tests your instincts at trust and deception in a multiplayer first-person shooter. You wake up in an asylum to the sound of an unfamiliar voice, surrounded by five others. However, one of your group has been infected by a terrible virus.  There’s no immediate way of knowing who it is – so you’ll need either the truth and trust, or lies and deception to figure out who the infected is and deal with them before it’s too late.

Deceit beings somewhat similarly to murder mystery games.  You’ll need to collect evidence, such as empty bags of devoured blood, or various tools you can collect, to determine who the infected is.  At the same time, the infected will be drinking blood to keep up their strength until night time comes around.  This is when the deceit really begins.  The infected then shifts into their more powerful form, and will begin to hunt down the other characters.  If you’re not infected, your job is simply to survive, and to try to get the lights back on, all the time the tension and threat of attack growing. 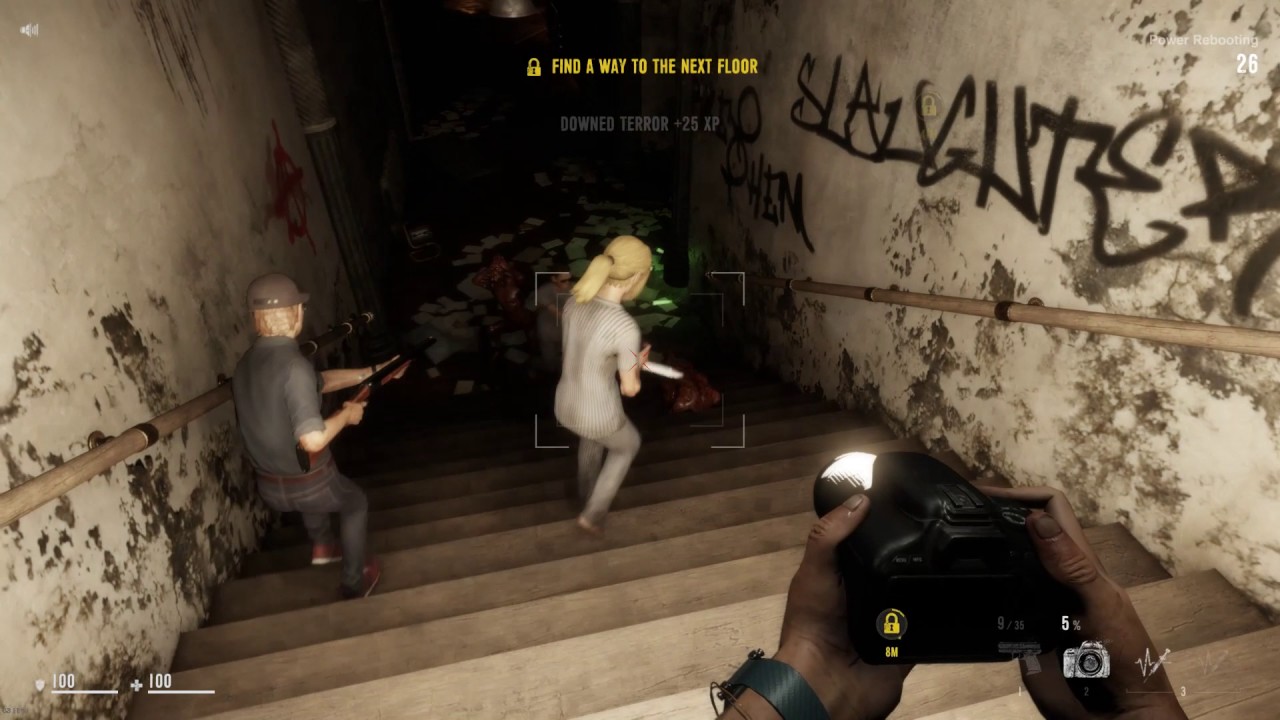 As you progress through the map you’ll come across objectives that will help you survive and progress towards the exit, even a camera, which you can use to temporarily blind the infected.  However, you will need to decide which is most important to you, and whether to collaborate or fight with other players over them.  With each decision gives players more information and an indication to what team you’re likely to be on.  The perception of each action won’t necessarily be seen as a fair representation to others about your intentions though as the truth can be easily skewed.

Deceit is without a doubt one of the most fun, headset-shattering multiplayer games I’ve played this year.  More arguments are guaranteed than at a family Christmas gathering as accusations are thrown left and right.  You’ll end up ousting innocent friends whilst the person who is actually infected tries to hide their gleeful giggles.  And that’s exactly how a multiplayer experience with your friends should be: infuriating; tense; and damn fun.

If you’re still not sold, the fact that you can download Deceit on Steam for free might help.  If you’re not a big fan of horror games, check out RiME, which we reckon was the fifth best game this year.  We move in to the final three best games of 2017 tomorrow, so don’t run and hide just yet.