The Aquatic Adventure of the Last Human now on PS4

Underwater, action-adventure, exploration and dystopian future: now, that’s a great mix. No wonder The Aquatic Adventure of the Last Human, the metroidvanian -Metroid + Castlevania- game created by the Swedish based studio YCJY, is being released in the US today on Playstation 4 to continue captivating players that have already praised it’s immersive (no pun intended) and mysterious story, combined with thrilling and progressive gameplay on PC since January of 2016.

“We strive to create unique and interesting game experiences”, creators Joseph Martinovsky and Christopher Andreasson stated on their website to describe their goals as an indie game studio. And The Aquatic Aventure of the Last Human does just that. You control the last survivor of a perished humanity aboard an initially small and unequiped submarine on a planet that has kicked us out by covering everything with water as a result of global warming.

A new environment has taken over, inhabited by monstrous creatures that won’t be glad to see us snooping around for answers on what the hell happened to the previous owners of these wastes and how did they manage to destroy such a place. The aim is not to save humanity, being that as a lone survivor that’s impossible, but instead everything is about getting answers and trying not to die.

“As we made a game about the extinction of the human race, we wanted to explore some reasons for our species ever existing, and what it has meant to the planet – if anything at all – and the ways that we have lived on Earth; being a part of it whilst also shaping it like how the sea shapes ancient canyons.” 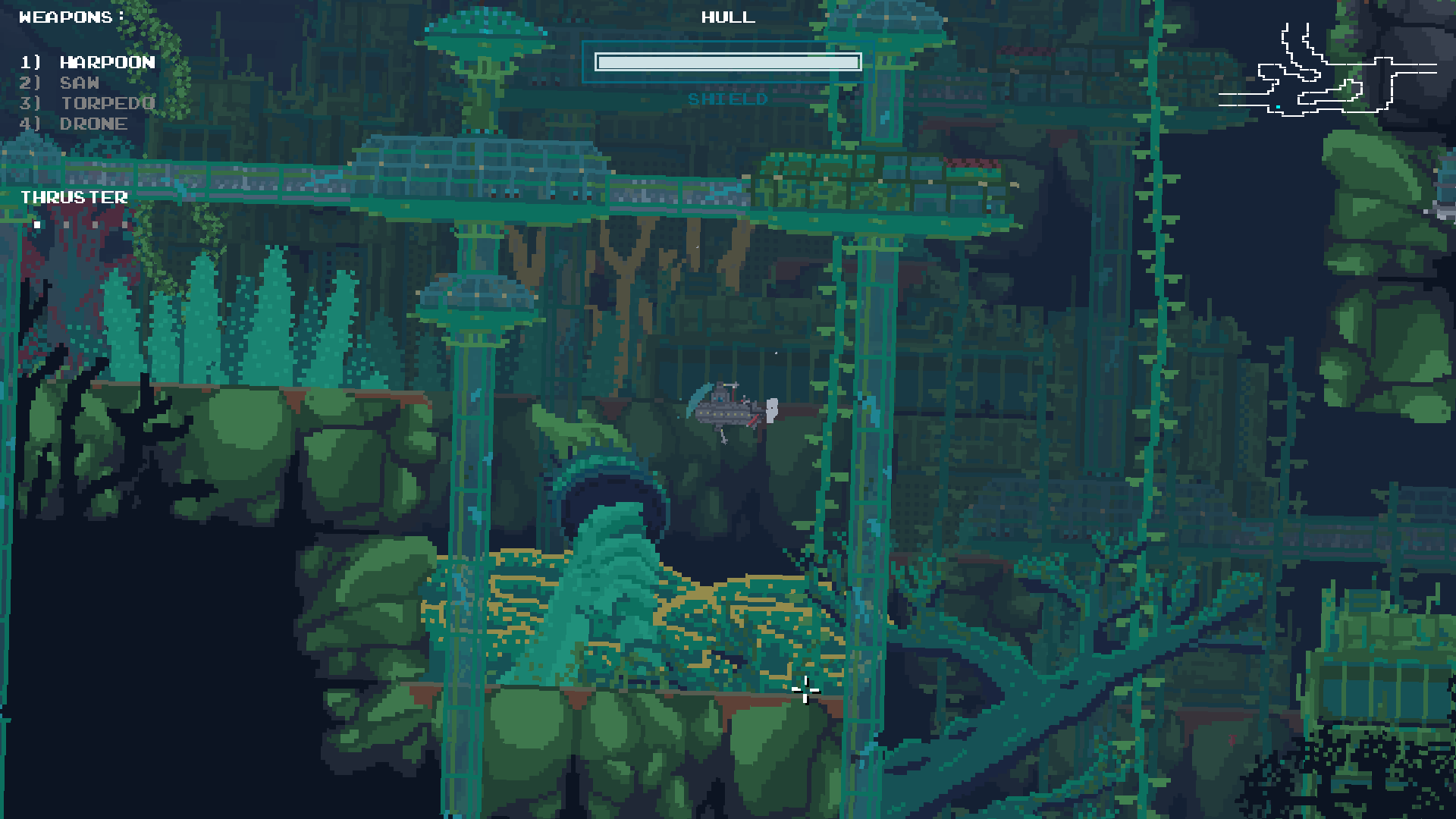 The game has 11 boss fights that will test the player’s skills and upgrades found in what the developers consider to be “unique” and “grand” encounters. “They might appear as you’re exploring some old ruins or maybe your journey will take you through some of these monsters’ homes”, they added. The pixelated art and the electro soundtrack certainly add to the creative and immersive mixture.

To a hardcore gamer, it’s five to seven hours of gameplay may not be very appealing when deciding which title to hit next, but the artistic design of The Aquatic Adventure of the Last Human, combined with it’s intriguing story line and the effort put by YCJY to create a challenging and rewarding experience will, without a doubt, captivate the interest of many. Proof of that is its launch on PS4 today and tomorrow in Europe for £6.99 / €9.99 / $9.99.