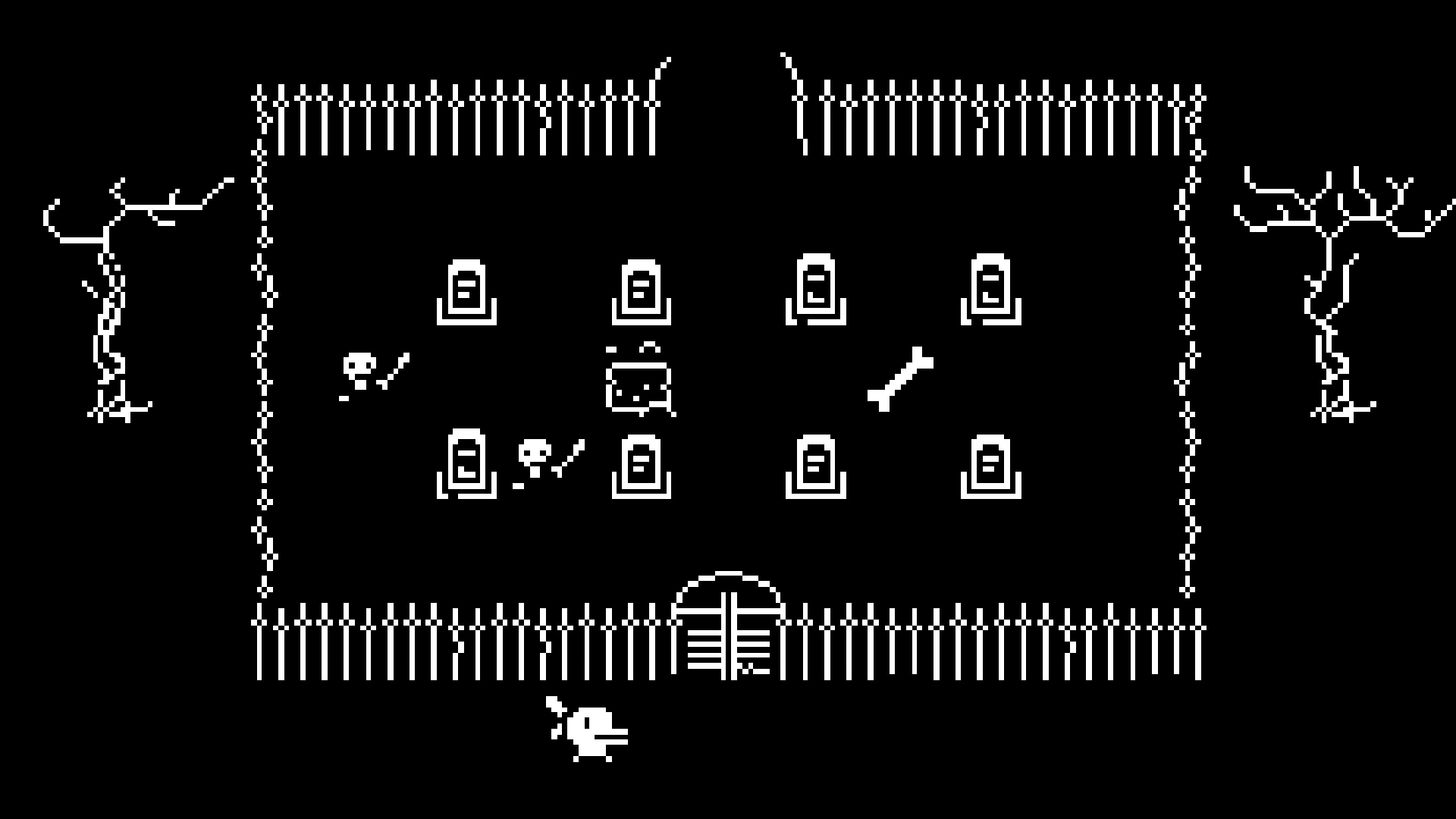 You’re late for work, you can’t find your car keys and after every 60 seconds of looking for them around your flat you get teleported back to your bedroom. Simply put, this is what it feels like to play Minit. It’s frustrating and dull.

The collaborative project from developers Kitty Calis, Jan Willem Nijman, Jukio Kallio and Dominik Johann gives you free rein to wander around the monochromatic world from the off as you explore the first few areas and find a cursed sword. From the moment you pick up the sword a 60-second timer begins, however – and when it reaches zero you die and respawn in your home. With only a maximum of a minute for each life, the pressure begins as you aimlessly wander around the monochromatic world knowing that if you don’t get something done it’s another wasted life.

Within the first few moments of Minit it’s clear the game is heavily inspired by The Legend Of Zelda with the same world structure, top-down 8-bit look and a similar but less flexible way of slicing apart your enemies. Minit apes systems from almost 30 years ago but fails to nail them.

As you wander around and talk to locals they give you hints about jobs which need doing as well as certain items needed to get to other areas of the map. For example, a saw is needed to cut down trees which block your path. The game revolves around completing certain tasks in a fairly limited order to progress. Unfortunately, the objectives are dull and Minit does little to explain what you need to do as you stumble blindly, searching for the next objective to complete. It would be palatable if you didn’t die every 60 seconds.

Having one minute for each life to find an item or complete a task is infuriating. You’ll spend half your time just trying to find out what needs to be done and the other half retracing your steps, trying to find the most efficient way back into the area you were in before your death to grab a few more seconds of searching time. It’s like living a day as the White Rabbit from Alice In Wonderland, though the irony is you’re not the one who’s late – the game is, by 30 years.

If Minit came out a year or two after The Legend Of Zelda it would have been a quirky twist on a classic, but in 2018 it feels outdated as it tries to tap into your nostalgia.

Fighting in Minit is incredibly basic and it’s only fortunate you don’t have to do a great deal of it. There are only a handful of enemies you will face in the roughly two hours you spend with Minit as you stab up, down, left or right. It would be more enjoyable without having to awkwardly fight enemies. 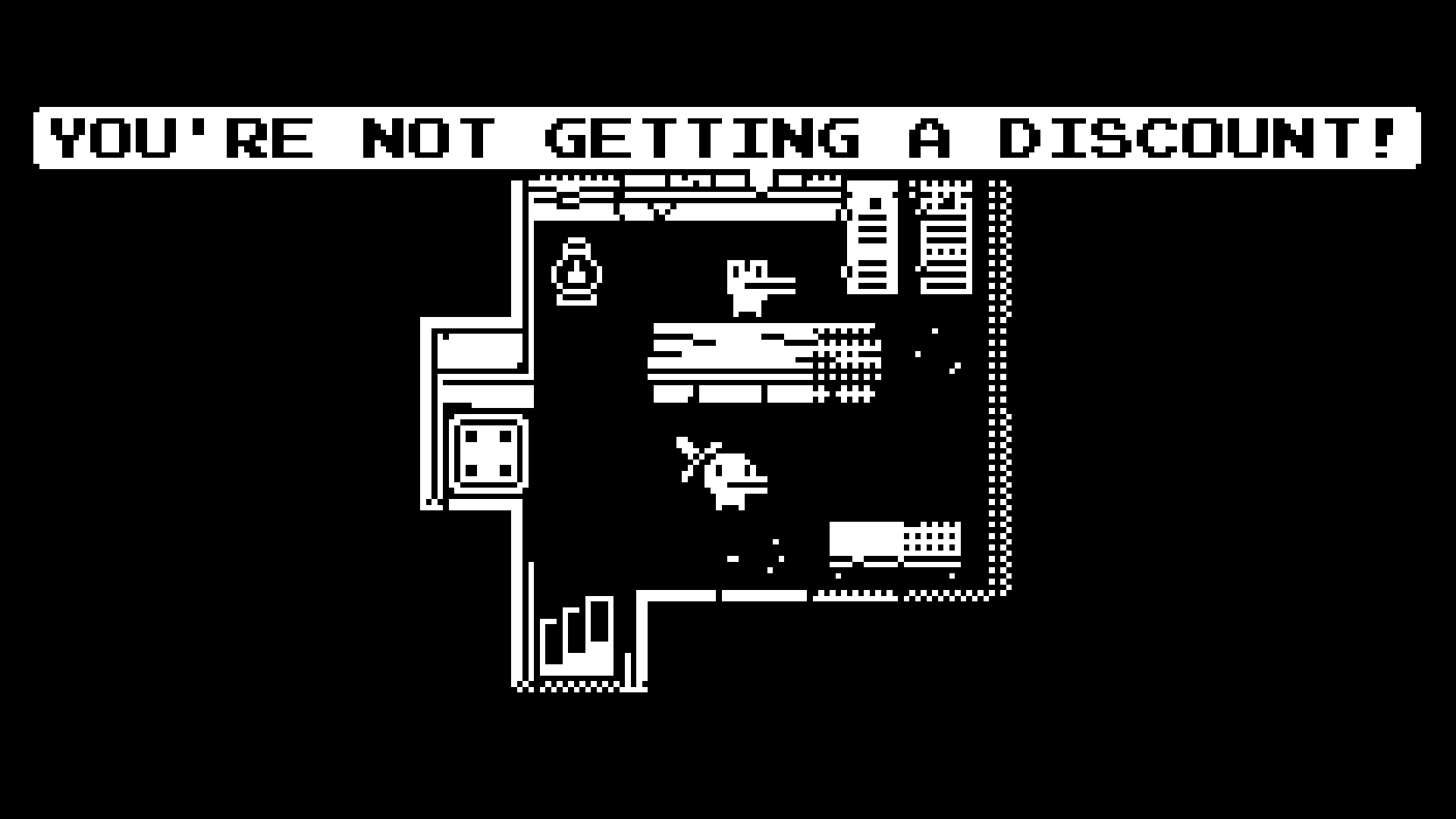 However, in spite of Minit’s many failings its world building is lovely. The black and white look works exceptionally well. It’s impressive how much personality the animation manages to extract with a limited colour palette. The beak-shaped mouths of the humanoid residents are cute, as well as the monsters and other characters who all add to a wonderfully crafted setting.

The developers also delight with the retro music reminiscent of the late 80s which helps boost the overall feel of the game. As each second ticks by the music intensifies, successfully adding to the sense of dread and panic the 60-second timer evokes. The story sufficiently piques your interest throughout the journey, including some delightfully weird characters with random requests and comments about the world. They slightly lessen the other annoyances the game inflicts upon you.

Overall, though, Minit suffers from trying to replicate an old game and fails. Its core, 60-second life is not a bad premise, just one which feels out of place with the genre. For it to have worked, it needed to be done late last century.

How And Why To Play Disintegration, Halo Creator’s New Game

Help Save Australia By Buying These Excellent Games