Bombslinger out today on PC, Xbox One and Switch

Brussels based indie studio Mode4 announced today the release of their Spaghetti Western set maze-battle game, heavily inspired in the classic Bomberman saga with some goofy characters and old-school animation added. The game is available as of today on Nintendo Switch, Xbox One and PC.

Bombslinger tells a classic revenge story set in the Wild West, where players will pursue revenge on each of the posse members responsible for the death of the main character’s wife. Each battle is set on a procedurally generated maze-like map where users will control de Bombslinger in chaotic and explosive encounters.

Maps are interactive as bombs can blow away pieces of each area, as well as enemies, while victories allow players to upgrade the Bombslinger’s abilities in this arcade-like experience that certainly looks good for any nostalgic gamer out there. Bombslinger also features challenging boss battles and a progression-based story in which players will shop new items to aid them in their path for revenge. 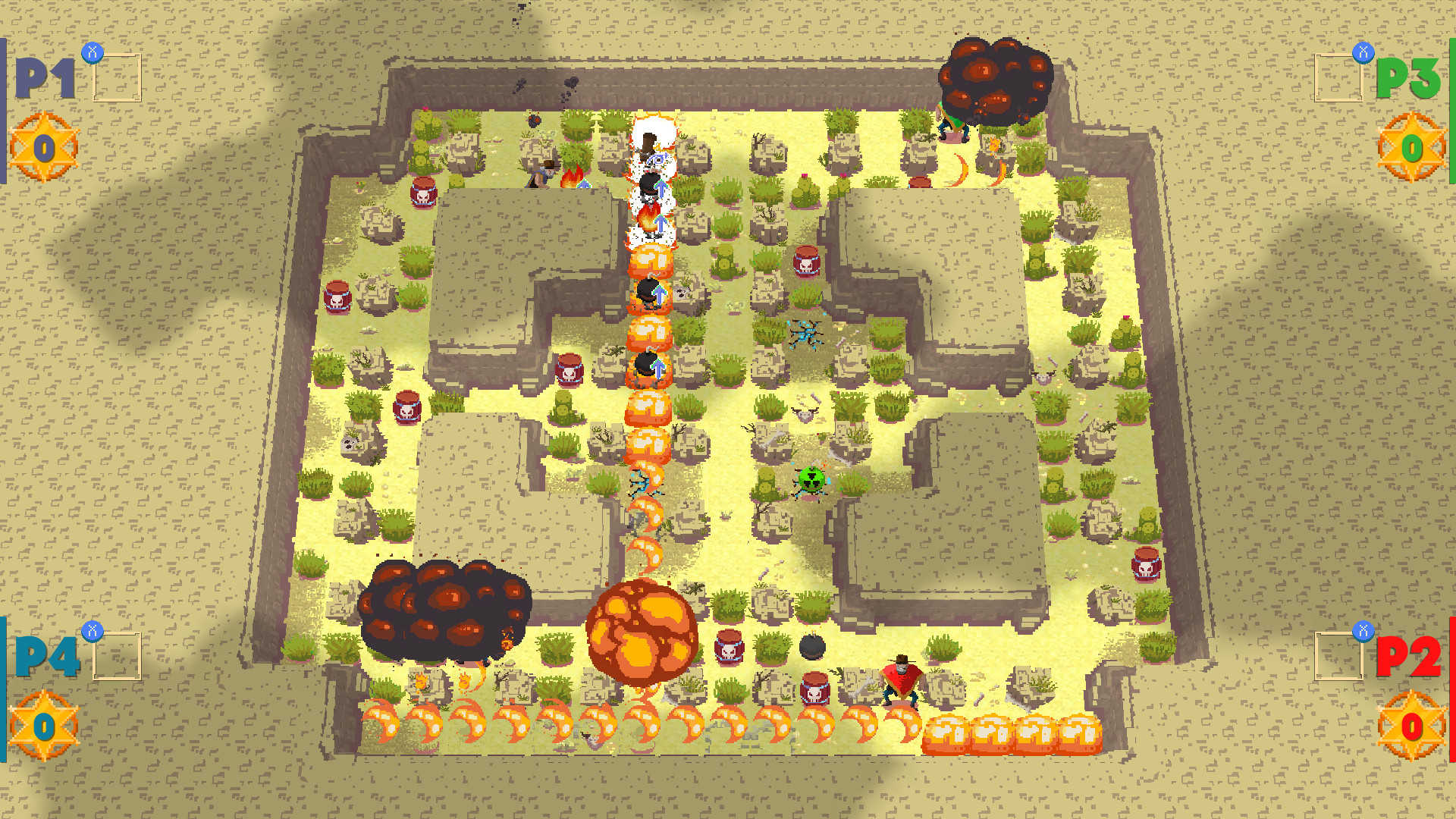 “Bombslinger is an absolute blast,” says Ferry Keesom, co-founder, programmer and designer of studio Mode4. “When players face off against their friends in the chaotic multiplayer or experience the single-player campaign, they’ll recognize modern design elements incorporated into this classic genre”, he added.

Keesom makes reference in that last quote to the multiplayer feature that Bombslinger also offers, allowing upto 4 friends to face each other in this frantic, exciting battle game, also bringing back some memories of any player who ever went to an arcade shop and played games like Sunset Riders.

Multiplayer sessions will also include AI bots in a classic Free-For-All battle were players will have to blow up their friends, bots and the actual map in order to claim victory.

Bombslinger is available now on Switch, Xbox and PC for $11.99 USD/ €11.99 with support for several languages such as English, French, Italian, Spanish and German.