The player controls a single character on screen that can carry a variety of different weapons and can freely aim and attack in a 360 radius. N.U.T.Z. currently supports both mouse-keyboard and gamepad-controller setups. The game will feature collectible upgrades for weapons and armor that are located throughout the world of Zarda. They will enhance the characters abilities and enable them to access areas in previous levels that they could not and unlock new skills.

The final game will present non-linear level progression. After completing some of the starting stages the player will have the freedom of choice to choose where you want to go similar to the overworld style in games like Shovel Knight.

Each character has a unique set of abilities that differentiate their playstyle from each other. Saya the Fox is a very melee and is speed oriented, whereas Sil the Squirrel is more focused on range combat and heavy weapons. 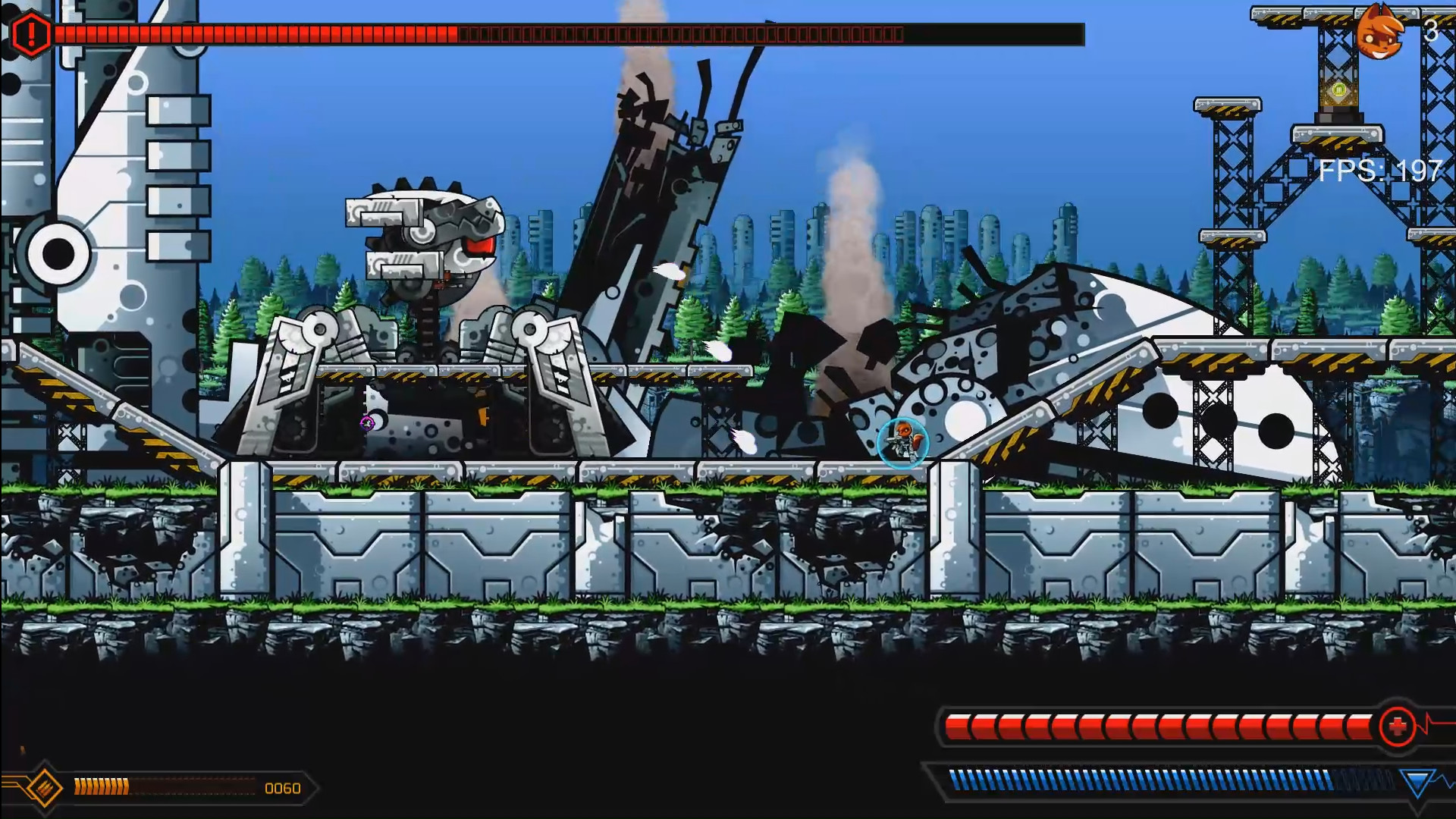 “Back in 2016 what started off as a dream became reality. We started working on what would become known as N.U.T.Z. In October of 2017 N.U.T.Z. was released to the public in a pre-alpha demo state and has received much interest. Many agree that there is great potential and we intend to not disappoint them. We are taking feedback seriously and working with community involvement to make this game the best it can be. We’ve still got much to do so this is what you can expect from us. There will be extra playable characters with unique abilities in the future, ready to take on 13 new stages and epic bosses. You’ll upgrade your arsenal with armor and weapon parts hidden in the levels. Players will then take all of their upgrades, skill, and wit to the final battle, in a direct counterattack against the Saurian Empire, and free the planet.”

You can already add N.U.T.Z. to your Steam wishlist, and check out the N.U.T.Z. Kickstarter campaign if you want to help the developers reach their goal of £21,283. Contributing about £8 will get you a copy of the game on release.