Players are thrust into a compact arena with wrap-around movement in small teams of up to four players, battling for control of the arena and laser nodes that spawn in a set pattern depending on which of the many maps is selected. The core gameplay is simple: walk over an unclaimed laser node to activate it for your team, creating a laser for your team that will eliminate any enemy player who touches it. Eliminate the entire team to win the round, and win more rounds than your opponents to win the match. 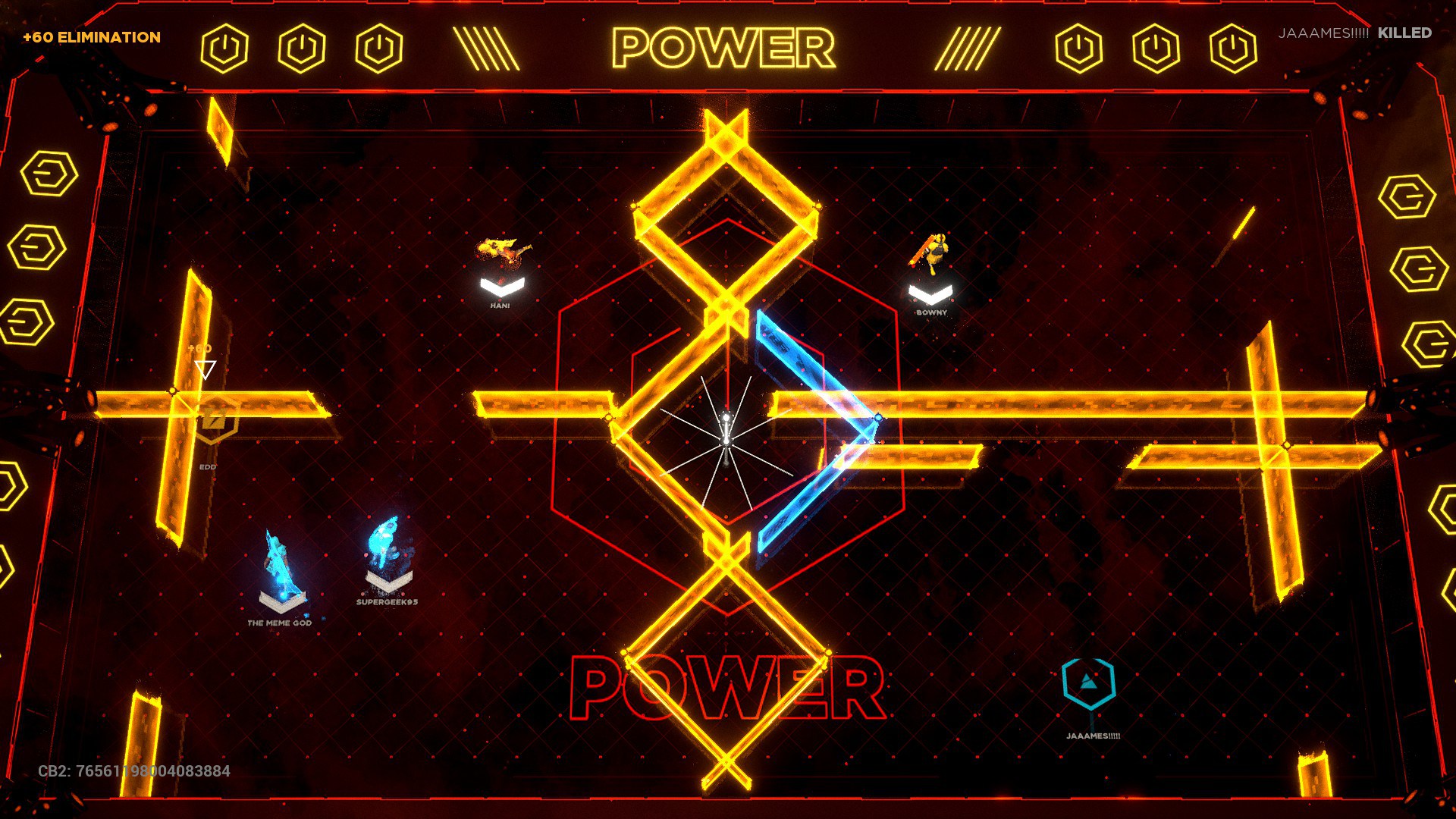 Playing your first few matches can be daunting, as there is an incredible amount of action happening at any one time – your attention being torn between the movement of your team and the enemy team, the laser nodes and randomly appearing power-ups. It can be easy to overlook a power-up, but these can have massive impacts on the round. Pick up a Switch power-up when your opponents are dominating the arena, and both teams will see their lasers being swapped with the other team. Power-ups such as this – or Reset, which deactivates all lasers – can create game-saving clutch moves offering a deep level of tactical options for advanced players.

The replayability value in Laser League is huge. If you can dominate a particular arena and know where and when different types of laser nodes appear, there are another 25 to master. Six different and exciting character classes are available, and to become a pro at Laser League you’ll not only need to be familiar with your own class, but those on the enemy team as well.

Feeling safe next to a wall of your own lasers can quickly be the end of you if an enemy Thief class steals your lasers and cuts you in half unexpectedly. The Sniper class lays down a marker, tracking a line between himself and the marker. Step within that line and you could find the sniper teleporting across the map, cutting you down along the way. Each of the classes also offers three modifier effects adjusting the class for your own playstyle, such as reducing ability cooldown or increasing their area of effect. 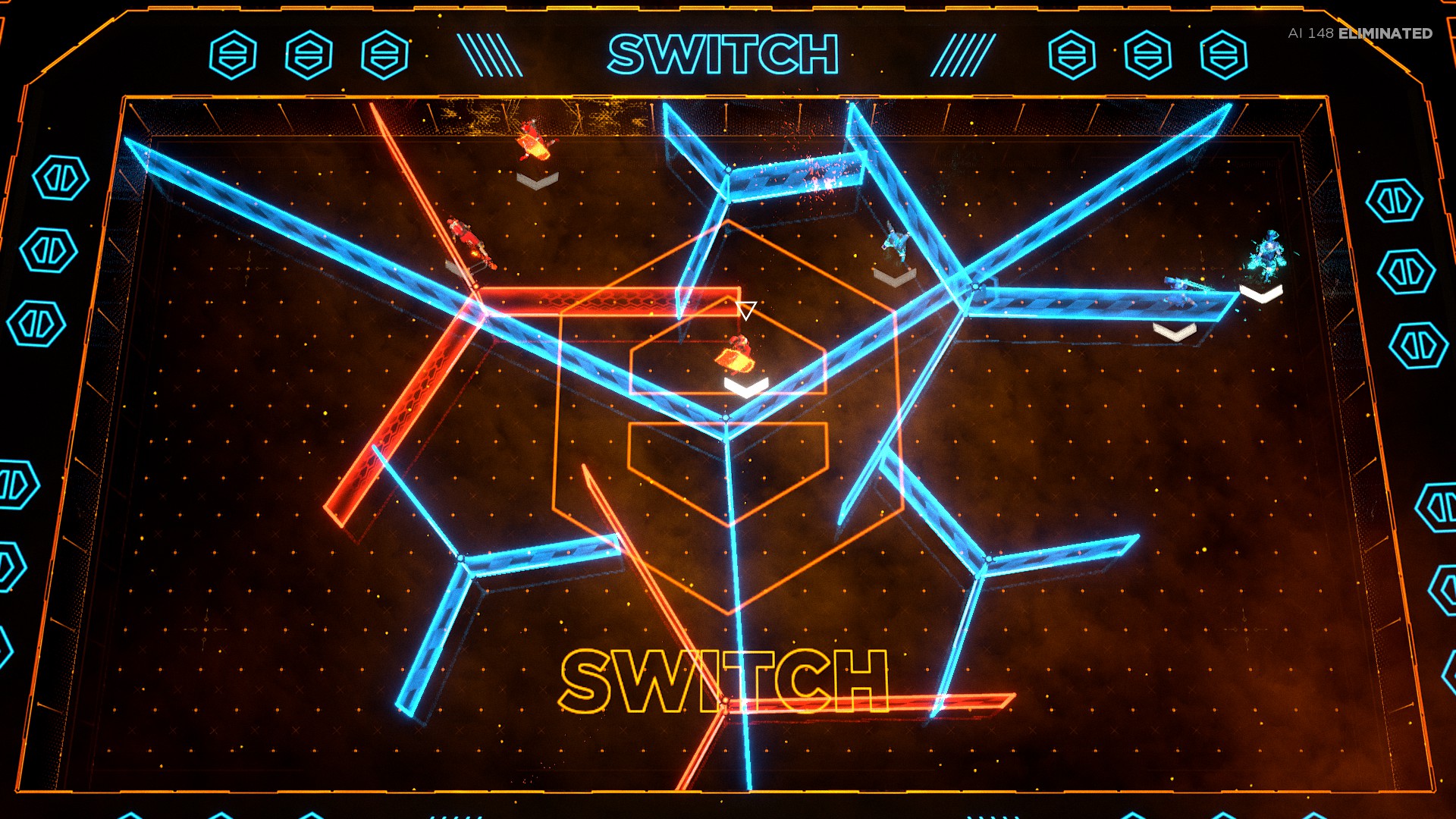 Graphically, Laser League fits the hectic playstyle perfectly. The last thing you need whilst caught up in the tumultuous battles is to be distracted by the visuals, yet the game does offer plenty of customisation options to unlock to boast about your achievements. Customisable lasers are perhaps the most exciting as this highlights who activated the laser that slaughtered the enemy team, especially in end-of-round highlights. You’ll also unlock various other cosmetics, such as player models, kits, portraits and emojis.

Laser League is by far best enjoyed in online multiplayer matches. While there is an option to play against the AI, this is best used primarily for practice with a new class or arena. It’s immediately obvious when playing Laser League that it’s incredibly competitive, and though e-sports is not yet the developers’ focus, the game is almost as fun to watch as it is to play.

The only negative thing I can say about Laser League is the daunting nature of playing your first few matches. If you’re thrown up against a skilled team, it can get frustrating when you’re getting killed in ways that you didn’t know were possible and had no chance of predicting. Of course, the steep learning curve is beset by a rewarding and immense satisfaction when your team pulls off show-stopping teamwork, but the initial difficulty may turn off some new players. This is a minor con though, as the AI does a great job at providing target practice to a more co-ordinated enemy depending on the difficulty setting. 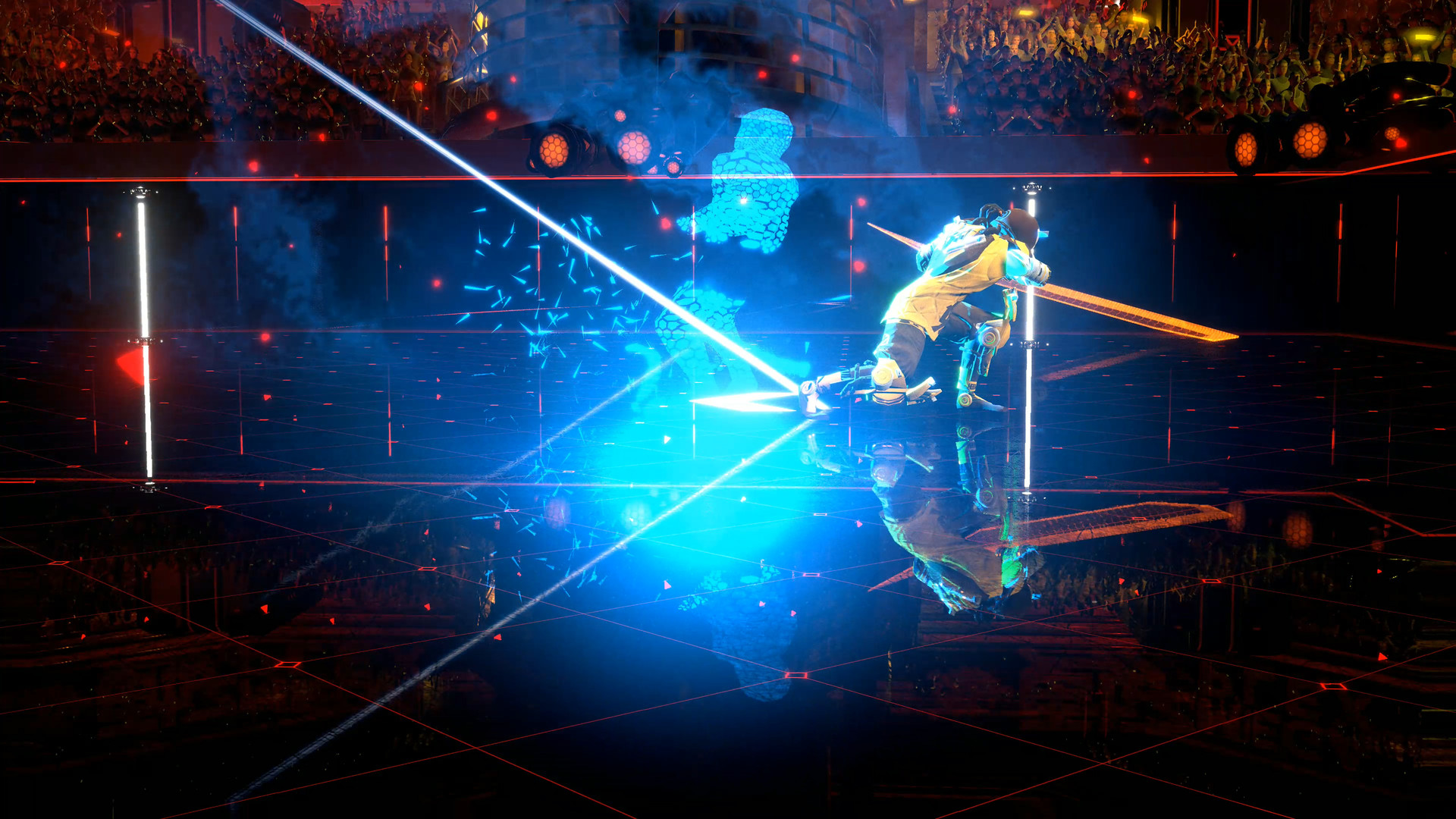 Overall, Laser League is an incredibly fun, challenging and rewarding experience. Though it can be intimidating at first, there’s nothing quite like getting that sweet highlight at the end of a match, replaying the epic moment when you wiped out the entire enemy team at once. Laser League is now available on PC, PS4 and Xbox One. I won’t distract you any further – go and get Laser League, you owe it to yourself.