Buenos Aires based indie developers at IO Game Studio launched an Indiegogo campaign in order to fund their first game, Metal Reborn, a first-person shooter mixed with third-person elements set in a post-apocalyptic Earth in the midst of an alien invasion after a meteorite crashes and nearly destroys our planet.

In Metal Reborn, players will take the role of Demian, a naval pilot and a nuclear and systems ingeneer who will embrace the responsibility of leading the Coalition, a resistance group aiming to stop the invasion of the ancient alien race SARN. The secondary main character is called Andria, an alien AI that manages to break free and pursue her own will, helping Demian find his way through this new, devastated Earth.

Metal Reborn features AAA looking open world, non-linear environments where players will be able to explore and complete their missions, with different research centers and closed areas scarced about. In order to achieve this, IO Game Studio has set a funding goal of USD $15,000, half of which will be directed towards the development of different environments and characters. 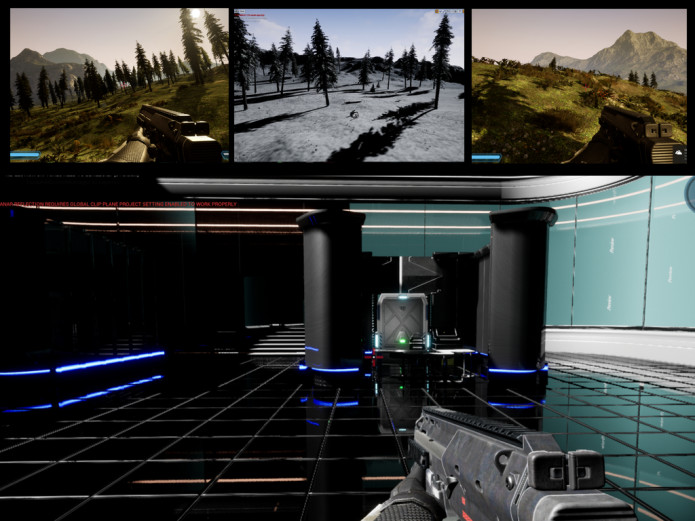 The game also features more complex gameplay aspects, as players will also have the opportunity to gain control of different vehicles in order to traverse the world and fight enemies. Helicopters and tanks are two of these options.

This Indiegogo campaign has been started in order for IO Game Studio to be able to finish the work that they have started. In the words of lead developer Damián Pomponio:

“The economic situation of our country makes it very difficult for small studios to keep up to date in technology as software for modelling and texturing, and hardware updates to work with that software. We already invest a lot in this project and need your help so we can finish it.”

Metal Reborn’s crowdfunding campaign has a minimal backing option of USD $1 and a maximum choice of USD $4000.