Indie developers at Crazy Monkey Studios have released today the sequel to their Metal Slug inspired platformer shooter Guns, Gore & Cannoli to Xbox One. This mafia-themed action-packed run & gun title brings the noir theme of American 1940’s to a funny yet violent experience to Microsoft’s console.

“Welcome to the 1940’s. Europe is being torn apart by the war, the USA is preparing for battle and the mob does business as usual. Only this time they went too far, even for Vinnie’s standards. Prepare yourself to go to war after you make a shocking discovery about what actually happened during the end-stage of the Thugtown Massacre from Guns, Gore & Cannoli 1.”, reads the game description in Microsoft’s online store.

But the experience is not only set in America, as various WW2 scenarios will also have a role in this story. “Walk around in the European battlefields of World War 2. Every level of Guns, Gore & Cannoli 2 breathes the 1940’s. Every inch of the game is like a picture straight from the second World War era. The cars, the furniture, the speakeasy clubs, the music, the propaganda posters, the streets and the weaponry reflect the turbulent time that the 1940’s were.” 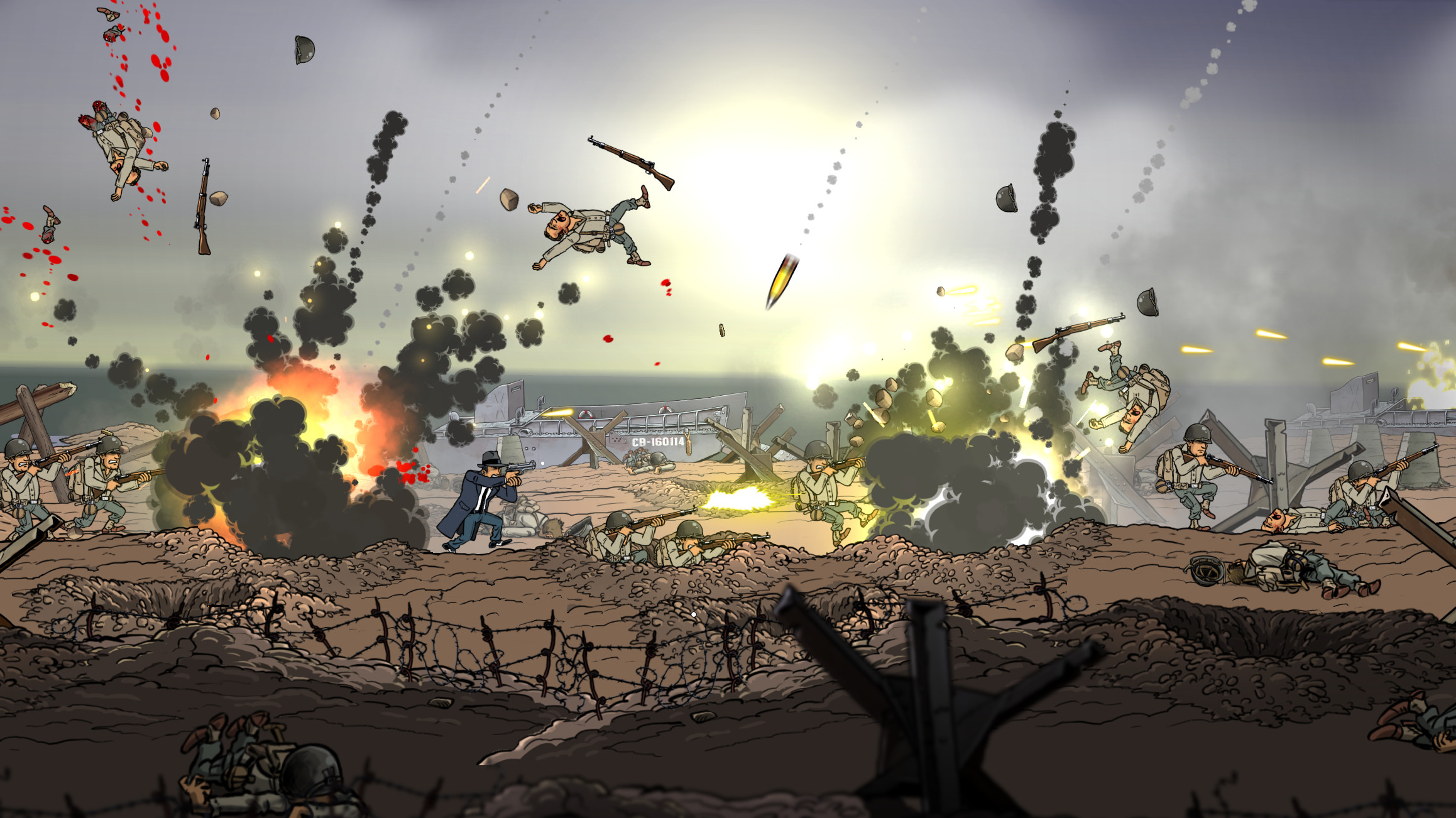 “We’re happy to include one of the most requested features by fans: 4-player online multiplayer. Because the only thing more fun than shooting zombies on your own, is blasting the hell out of some (undead) Nazis with some friends. Those who prefer to be in high-fiving distance of their brothers in arms can rest assured that local multiplayer is still an option. In short: if you liked the first game, you’re going to adore this one. We worked hard to retain the unique feel and attention to detail of the original while making improvements to the gameplay where possible. We’re confident you’ll agree we did good.”, said the developers at Crazy Monkey Studios back when this sequel was released for PC.

Guns, Gore & Cannoli 2 is available as of today for Xbox One at USD $12.99 through Microsoft’s online store.