Since the release of debut game Bastion, developers Supergiant Games have become known for their painterly aesthetics and unique gameplay twists. Yet while we wait for the successor to Bastion and Pyre, Switch owners can enjoy this release of the company’s second game, Transistor.

Originally released back in 2014, Transistor thrives on its intriguing combat, which blends real-time and turn-based strategy. Different attacks can be mapped to any of the face buttons and used to directly hurt enemies, but with a click of a trigger the action pauses to allow a moment of reflection. Attacks and movement can then be queued up and released, though you’ll be vulnerable until you’ve had a chance to recharge. 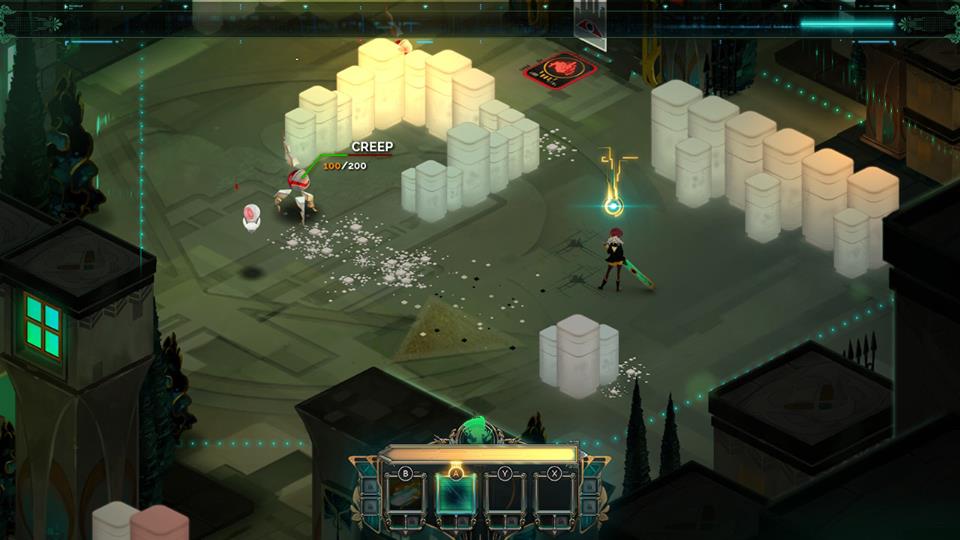 There’s a huge amount of strategy here: knowing when to attack and when to retreat, when to pause, and how much of your action bar to use at once. Positioning is important on the isometric battlefield, and with a variety of close-up and ranged attacks there are plenty of options.

Customisation is important too. Attacks, known as Functions, have multiple uses. Assigned to a button, they’re used to deal damage, but they can also be attached to others for secondary effects, or equipped as a persistent passive effect. Levelling up opens more Functions, more slots and more options. You can even customise Limiters that handicap you but increase experience gained. Despite this being a relatively short game, combat provides welcome complexity that is slowly explained and never overwhelming. It’s a smart and compact system that gets a lot of mileage out of minimal ideas.

The narrative, too, slowly unfurls with subtlety. It begins with a death, triggering a series of events in which Red, a celebrated singer in the futuristic metropolis of Cloudburst, wields a sword-like weapon (the titular Transistor) against robot enemies sweeping the city. Elements of noir are given a fresh twist – from the mysteries of the plot, to the near constant chatter from the voice of your lover monologuing while trapped in your sword. Yes, it’s pretty bizarre – the Functions you collect are actually the personas of citizens, abilities reflecting their personalities. 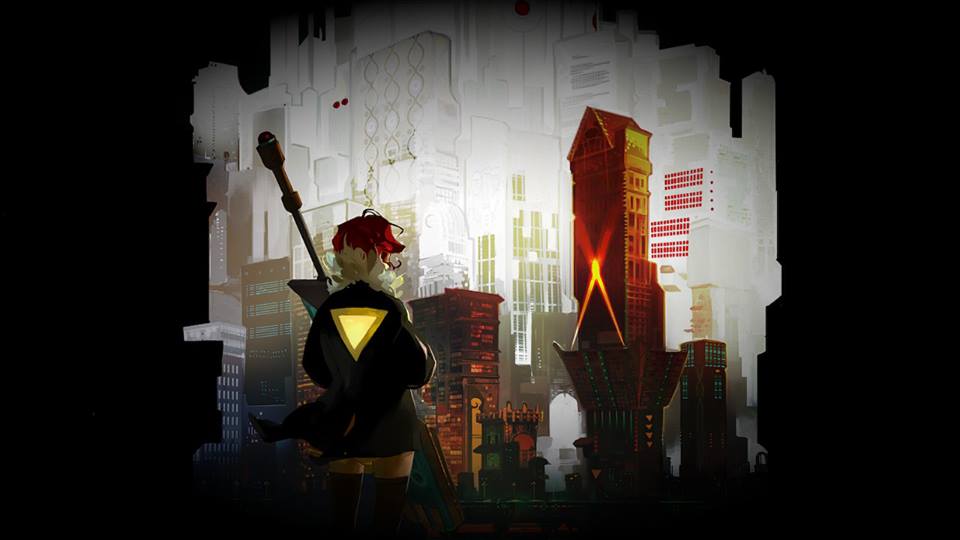 It’s easy to get drawn into the plot, though it ultimately falls on familiar cyber-punk neo-noir conventions: evil corporations, megalomaniac villains, and downbeat twists. At times it falls a little flat, swallowed by its own ambiguity.

That’s forgivable, though, when the presentation oozes this much style, in its mix of art deco and futuristic design. Neon lit deserted streets become slowly washed out, cutscenes are beautifully rendered in watercolour comic style, and the music – a blend of sultry jazz, pulsing electronica and wailing guitars – adds to the evocative tone. It’s all wrapped up in computerised imagery: glitchy effects, small descriptions given to key elements of the world, the way Functions link together like lines of code. 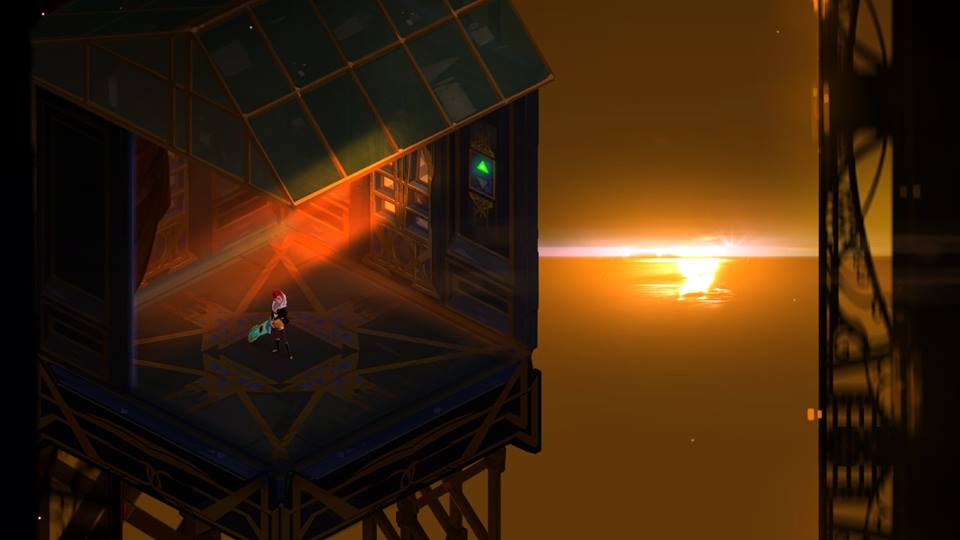 It’s the tiny details that really set the mood, though. The backdrops are visually stunning and meticulously crafted, while tiny particle effects and glittering lighting add polish. And despite being mute, Red is given plenty of personality. Her heavy weapon sparks as she drags it along the ground and heftily swings it during combat, and she’s even given the ability to hum or flourish – both incidental moves with no real purpose beyond giving life to the character.

Beyond the occasional frame rate dip, it all runs smoothly on the Switch, though the gorgeous world demands to be seen on a big TV screen. It might be short, but Transistor is compact and dense, even if its gameplay has more depth than its story.