We asked a few Indie Game Website editors which single indie game stood out for them personally in 2018. Here’s what they had to say. Just want to see what takes the number one spot? Go here to discover our overall Game of the Year… 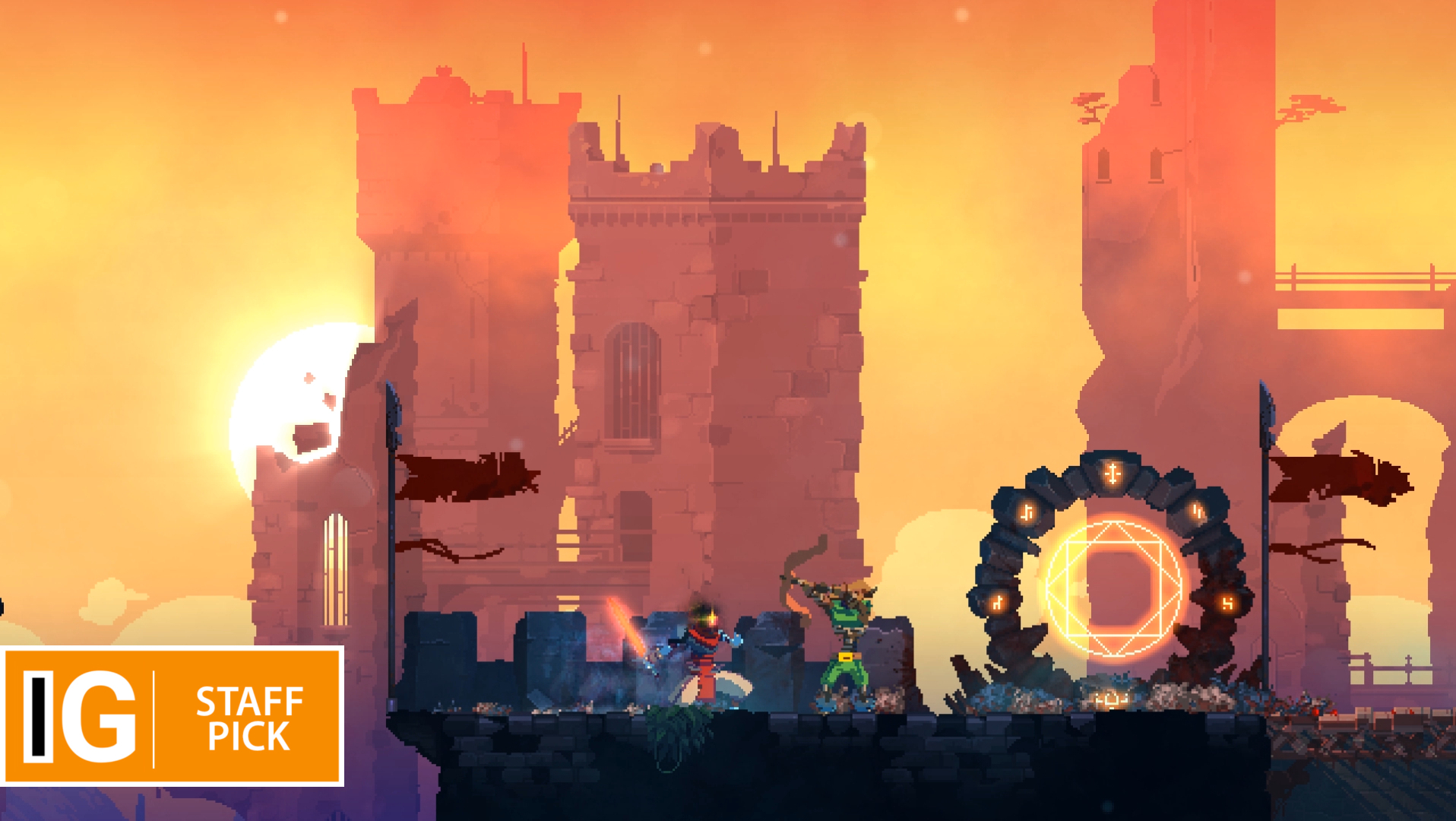 In our Dead Cells review, we called it “so much more than the sum of its parts”, and that’s exactly why it sits here as one of the best indie games of 2018. Taking inspiration from the mechanics of rogue-likes, the visual traditions of platformers, and the character development of RPGs, Dead Cells takes the greatest parts of its influences and creates a powerhouse of sublime experience. The result is a challenge so delicately designed around player development that every second feels productive and leaves one eager for the next.

Each movement is knitted together so well that within minutes of loading the game, the player is lost in the choreography of double jumps and wall bounces. With a storyline intrinsically tied to a player’s skill and character development, even the narrative will keep players hooked; a rare event in what is generally a heavily ludic experience. Perfectly suited to Switch gameplay but with the graphical fidelity worthy of PS4 and Xbox One output, Dead Cells is an all-around winner, and definitely one of the titles we’ll be playing far beyond its year of release. 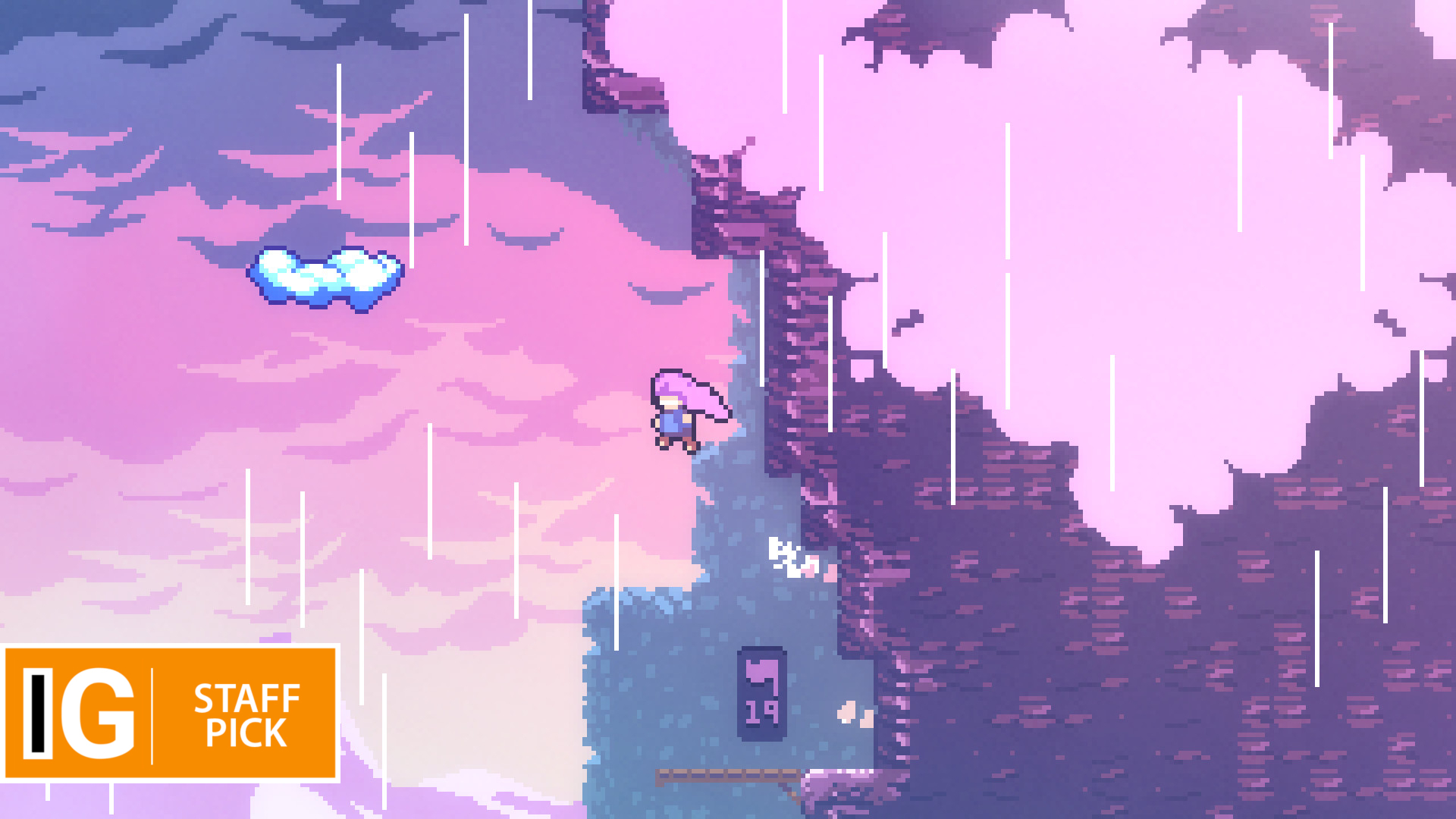 Before Celeste, I didn’t really ‘get’ hardcore platformers. I bounced off Super Meat Boy like a sack of beef on a trampoline. Spelunky just felt too punishing. But there’s something special about Celeste, something which made me learn to appreciate its subgenre for the first time.

Perhaps it’s the presentation, its captivating pixel art and soundtrack drawing you in and refusing to let go. Maybe it’s the varied level designs and the flawlessly polished platforming mechanics which take you through them, little by little. It could be the concessions to casual players, the generous checkpointing, assist mode and non-obligatory nature of all the toughest bits.

Or perhaps it’s the simple but heartfelt story of Madeline climbing the mountain and what it represents for her. Your struggle is her struggle, there’s solace in that. I’m not sure I’ve ever played a perfect video game, but Celeste is one of those rare examples which comes incredibly close. 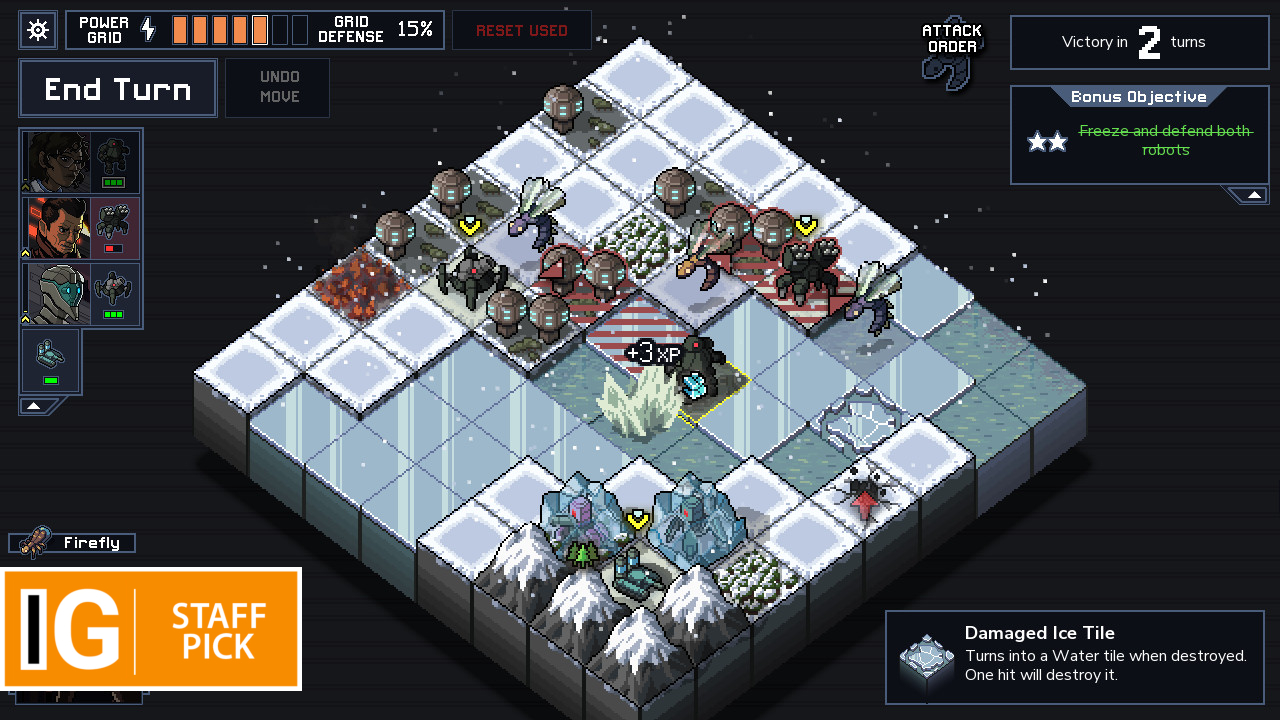 Give me a mech and a mission and I’m happy. Thankfully, Into The Breach serves up both with impeccable quality. Access to specialised mech classes provides the first inkling of the wide range of combat options available here, and the missions themselves demonstrate just how flexible players need to be with these squads.

Subset Games takes the combat style developed in Faster Than Light and throws robots into the ring. Players are in charge of a battalion of mechs made up of different abilities and specialities and tasked with strategically outmanoeuvring the enemy Vek as they attempt to destroy Earth. Each mission, however, throws a new curveball. Mission-specific events force players to keep their strategies open to change and the mechs selected flexible in their skills. It’s the tidal waves that threaten to wipe out the board, or the valuable Time Pods randomly dropping into the grid that often require a complete switch in tactics.

Each mission, therefore, feels like a refreshing mix of puzzle and direct combat. With so much liable to change, every move counts, and Into The Breach keeps its gameplay dynamic and fluid.

Next up: It’s the big one… our official Indie Game Website Game of the Year 2018 award goes to…