7 Indie Games to Play This Christmas 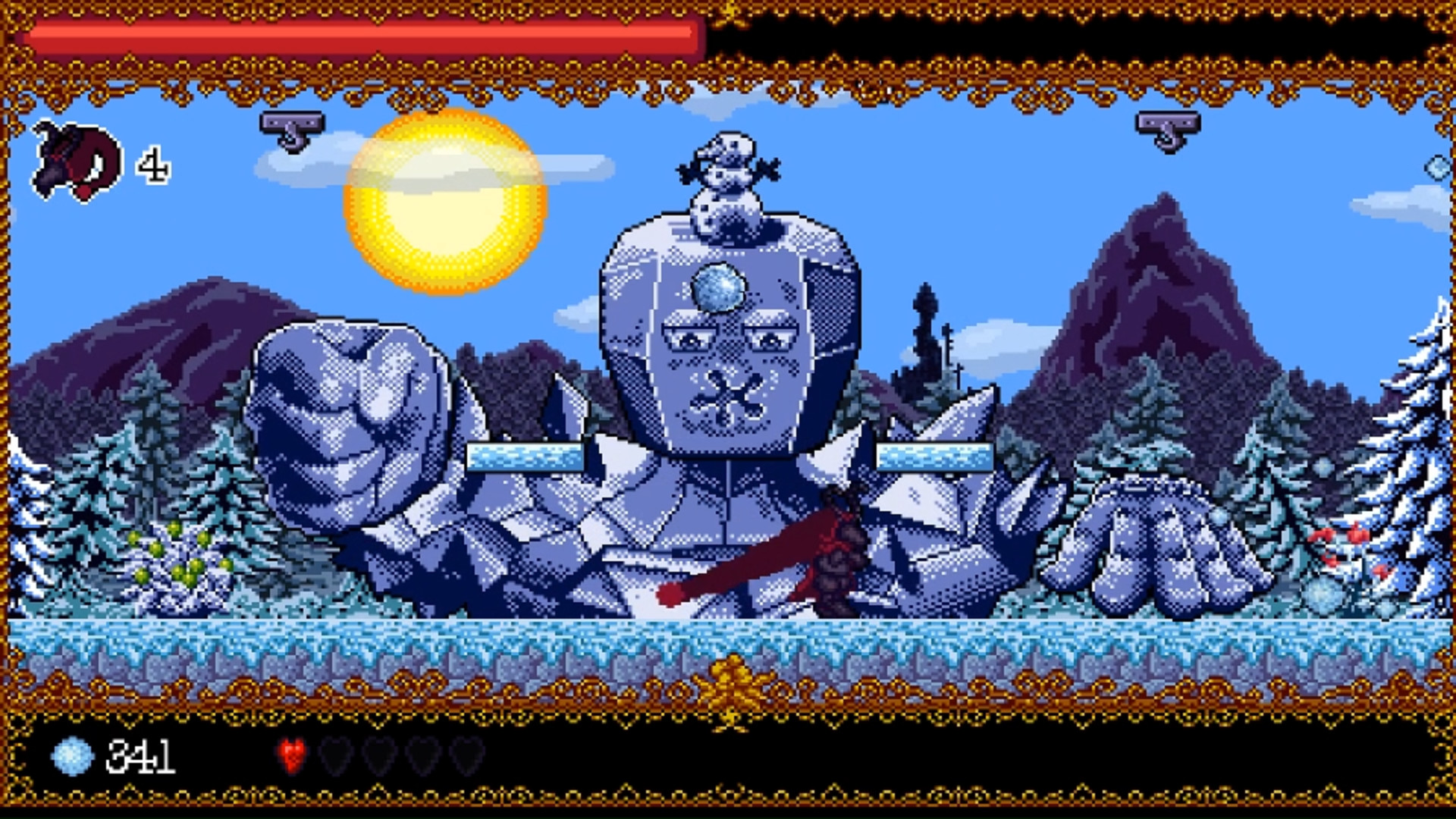 Despite the loop of ten repetitive songs played over and over in every single store at the busiest time of year for shopping, Christmas is a time for relaxation and peace. There is something about the holiday atmosphere, the joy and community of it, that we all enjoy despite our yearly grumbles about parking spaces and checkout lines.

Plus, you’ll likely get a few days off work – perfect for catching up on some video games! While I’m sure you’re looking forward to a few classics, if you’re looking for something to help you get into the Christmas spirit or a new game to play with some friends over the cold winter weeks, then why not check out some of the indie games on this list. None of them are overly expensive, so they won’t make a dent in your Christmas shopping list!

While many of these are Christmas themed, some are just fun multiplayers to bring out when the parties start. 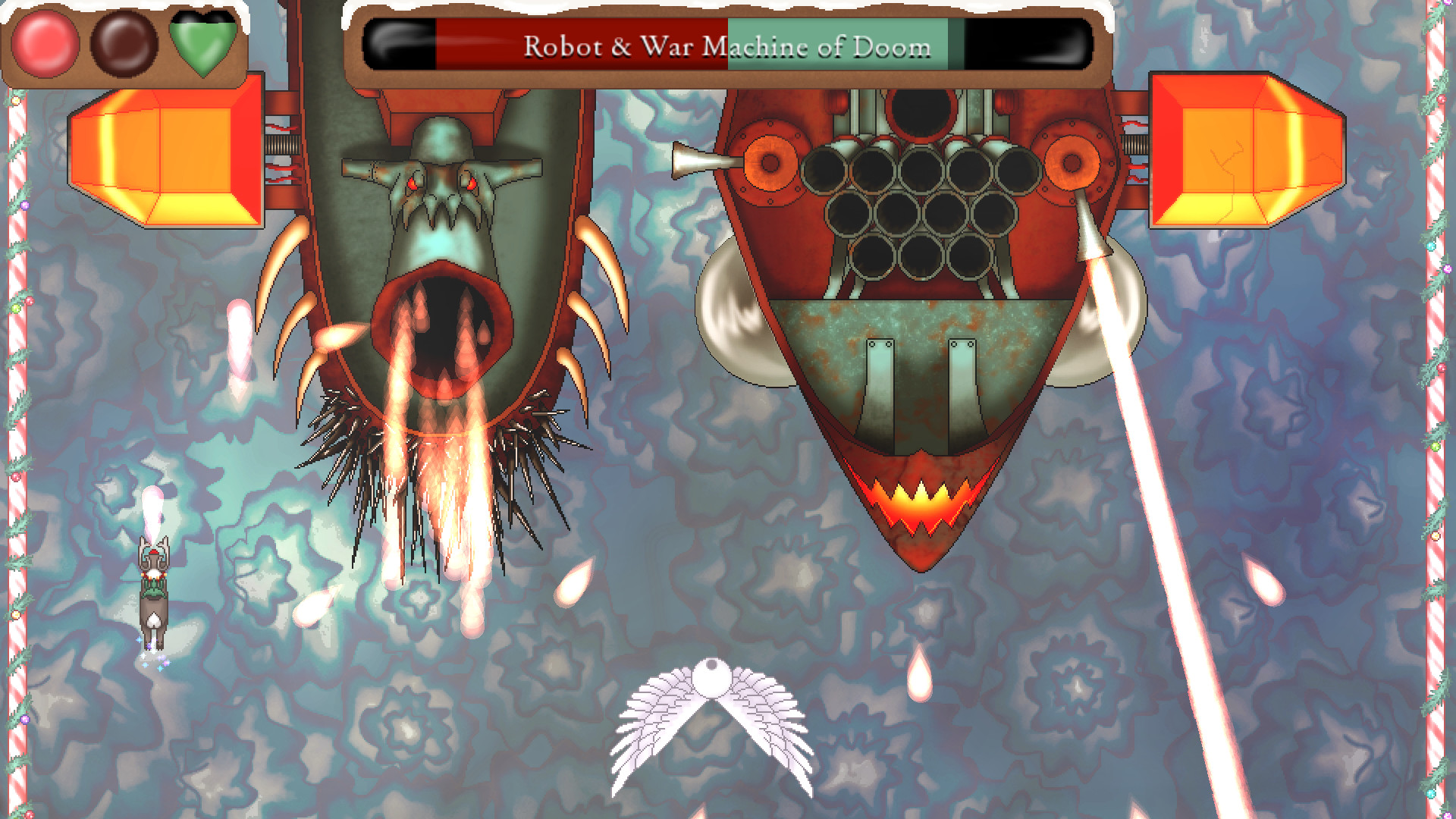 The Night Christmas Ended is a rather silly Christmas themed, arcade style shooter game. You play as an annoying Christmas Goblin, aptly named The Giant Goblin, and have to shoot away some pretty disturbing, yet often creative, enemies.

I’ll admit that the humour is rather stupid at times, and it feels like it’s trying too hard to be ‘edgy’ – but in many ways, isn’t that what Christmas is all about? They’re the kind of jokes, like playing as a flying pooping reindeer, that a small part of you can’t help but giggle at, much like the often groan-inducing Christmas cracker. Besides, the game makes it very clear it doesn’t take itself so seriously.

You can play either in single-player or local two-player, perfect for whether you’re sneaking away for some quiet time or just getting the party started. 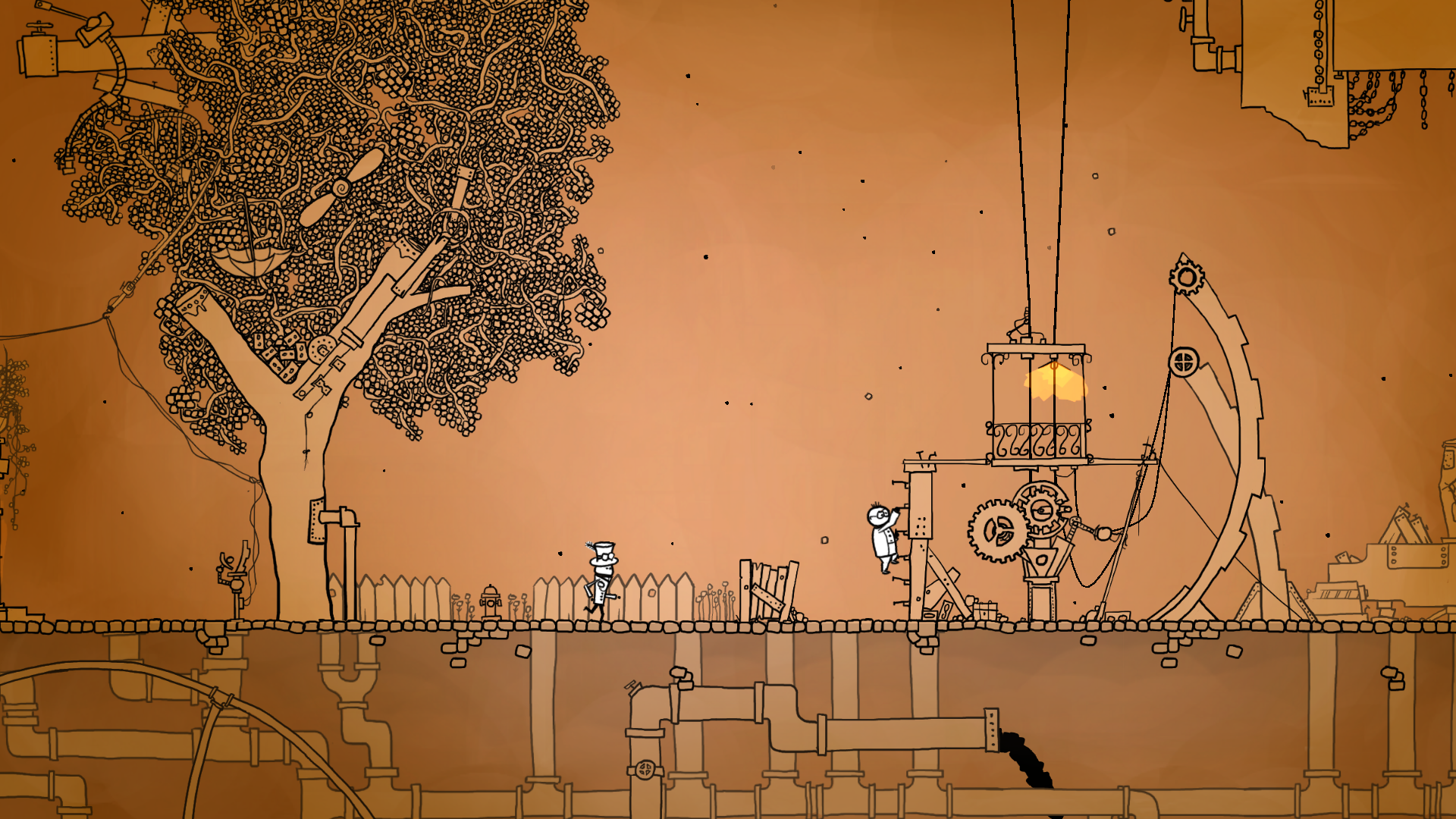 While it’s not a Christmas game, 39 Days To Mars is definitely of the most romantic games I’ve ever played. In this two-player puzzle adventure, players must ensure two Victorian gentlemen reach their destination of Mars.

The adventure can get frustrating at times, but you need to work together and communicate to make it through. Maybe it’s the gentle, calming music but I promise if you pour each other a glass of mulled wine, put on that video of the crackling fireplace and sit down to play this game, you’ll come out feeling all warm and snuggly. Especially if it’s snowing outside!

If you and your partner have an evening together before the masses of judging relatives arrive, I’d definitely recommend 39 Days To Mars. 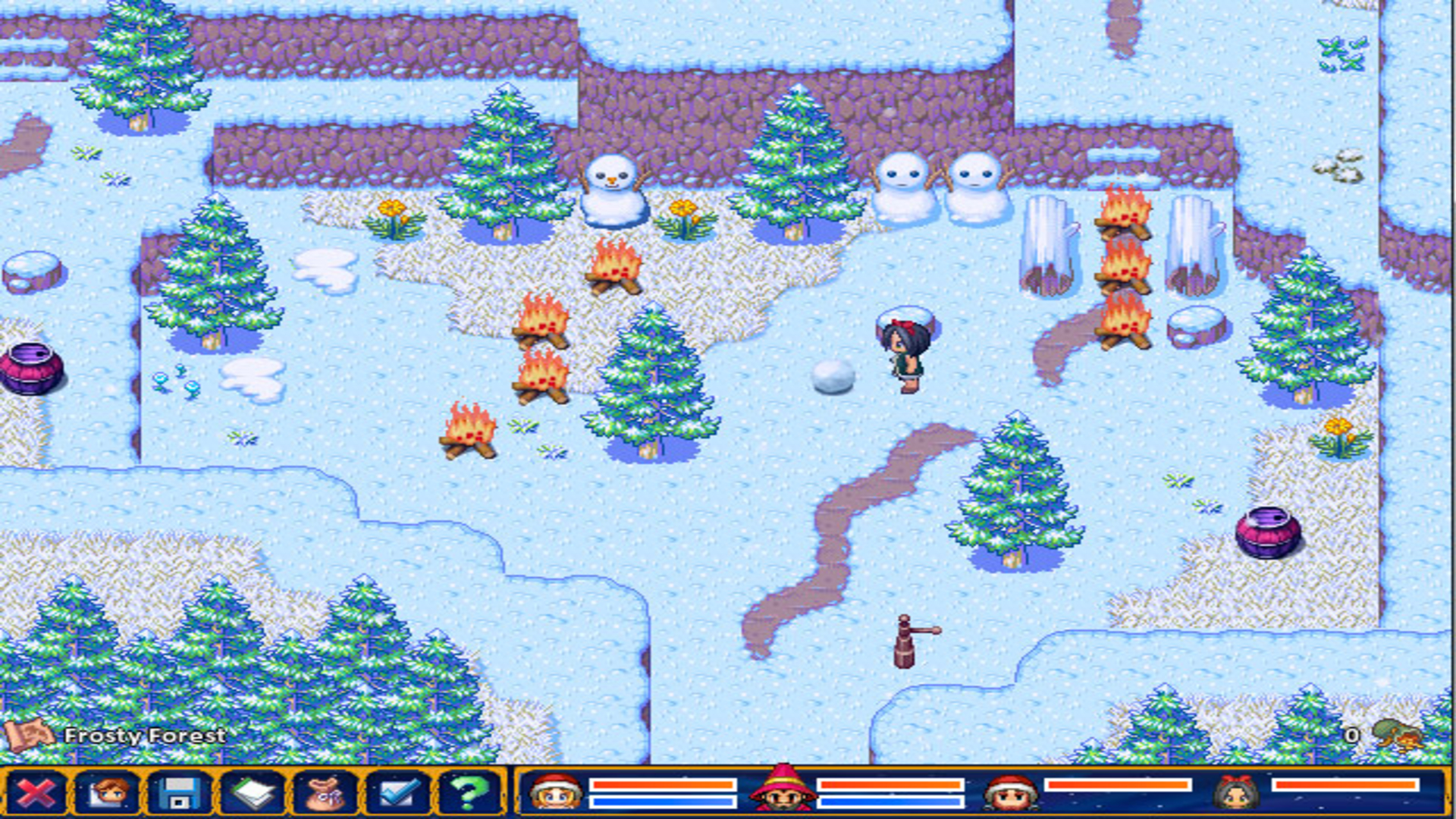 Stargazer Christmas is a bizarrely twee adventure RPG. But you could hardly get through the holiday season without playing a game about saving Christmas.

Protagonist John Wizard and yourself will be tasked with solving puzzles to help Santa save the holiday of turkey and lights. Most of these brain teasers are rather easy, but we’re thinking this is probably one for all ages.

Fans seem to love the holiday spirit as the Christmas edition has better reviews on Steam than the original Stargazer game, so now is the definitely the best time to dive into the delightful puzzles and Christmas jingles it has to bestow. 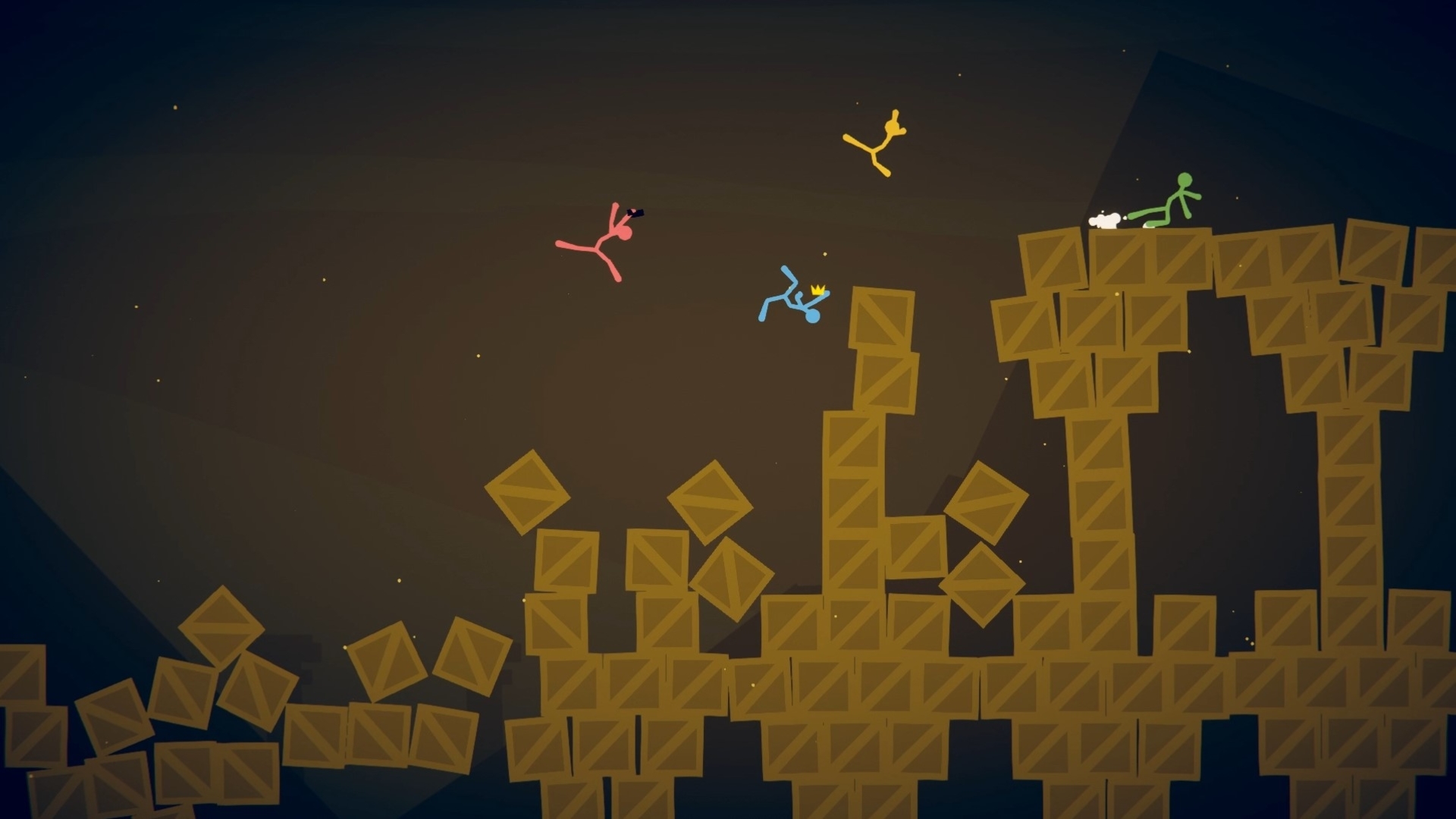 Maybe after indulging in some sickly-sweet Stargazer Christmas, you’re keen to escape that unnervingly warm feeling of ‘Christmas cheer’. That’s where Stick Fight: The Game comes in.

This is a game that really doesn’t need much explanation. You play as stick people and have to battle it out with other stick people in short brutal battles. That’s pretty much it. But it’s tremendously fun and has online multiplayer options, so even though your friends are far away over the holdays, you can still destroy each other. It’s bizarre how much being shot by a snake gun can make you feel closer to friends you haven’t been able to see this year.

Plus, if you’re not ready to live the “bah, humbug!” lifestyle, you can play the winter levels to inject a bit more Christmas into your experience. 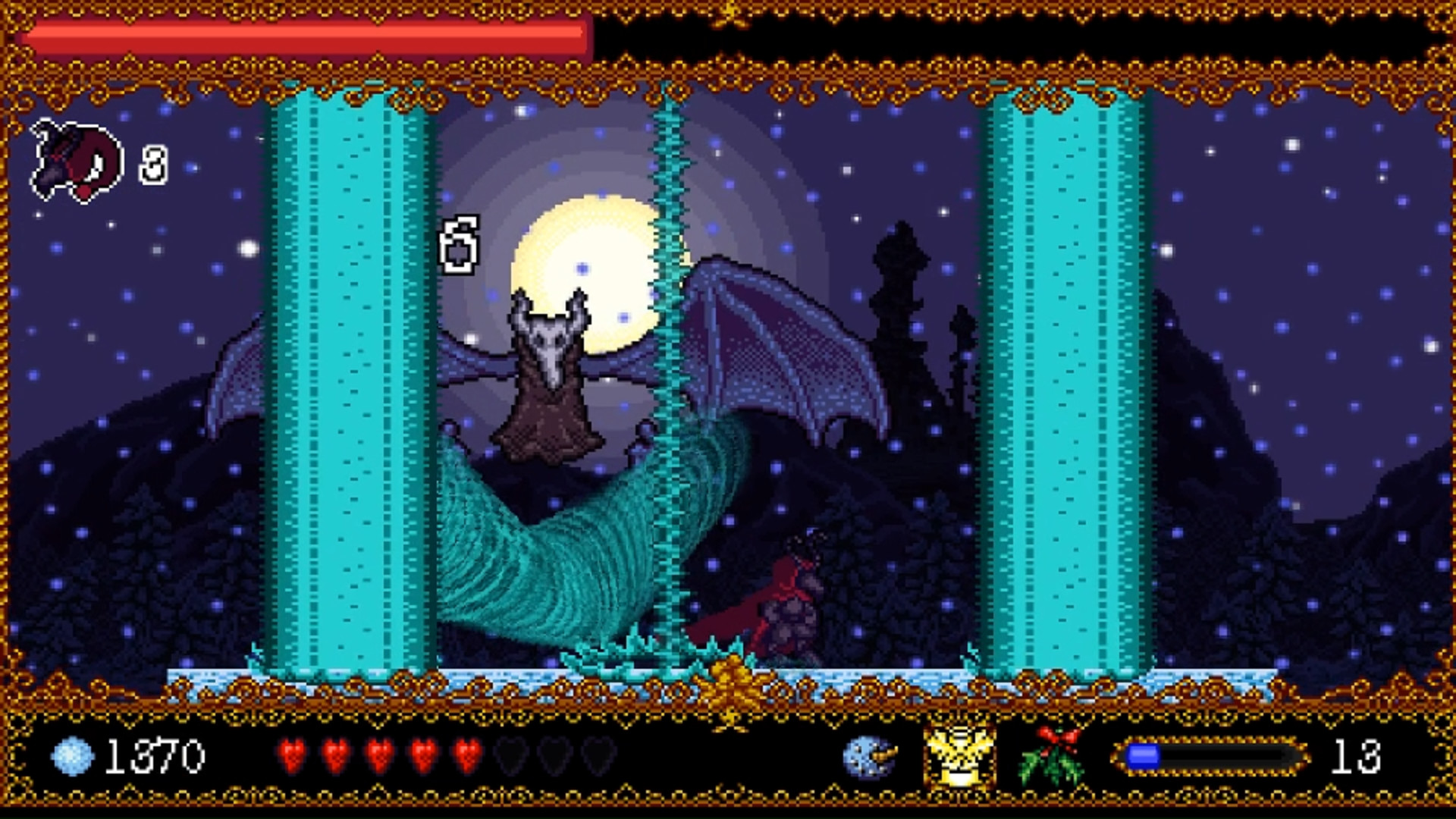 With all the naff horror films based on the story of Krampus in existence, this game honestly seems sophisticated in comparison.

Krampus Quest is another arcade-style game where players take on the role of Santa’s rival, Krampus. It’s described by its creators as a “back-to-basics retro-style action-platformer with a Christmas theme,” and at the end of the day, isn’t that what the holidays are all about?

The controls can prove frustrating, but this definitely adds to the effect. After listening to so many brat-tantrums in stores this time of year, you’ll want to take your frustrations out on this game, working to destroy the fat jolly guy who started it all. 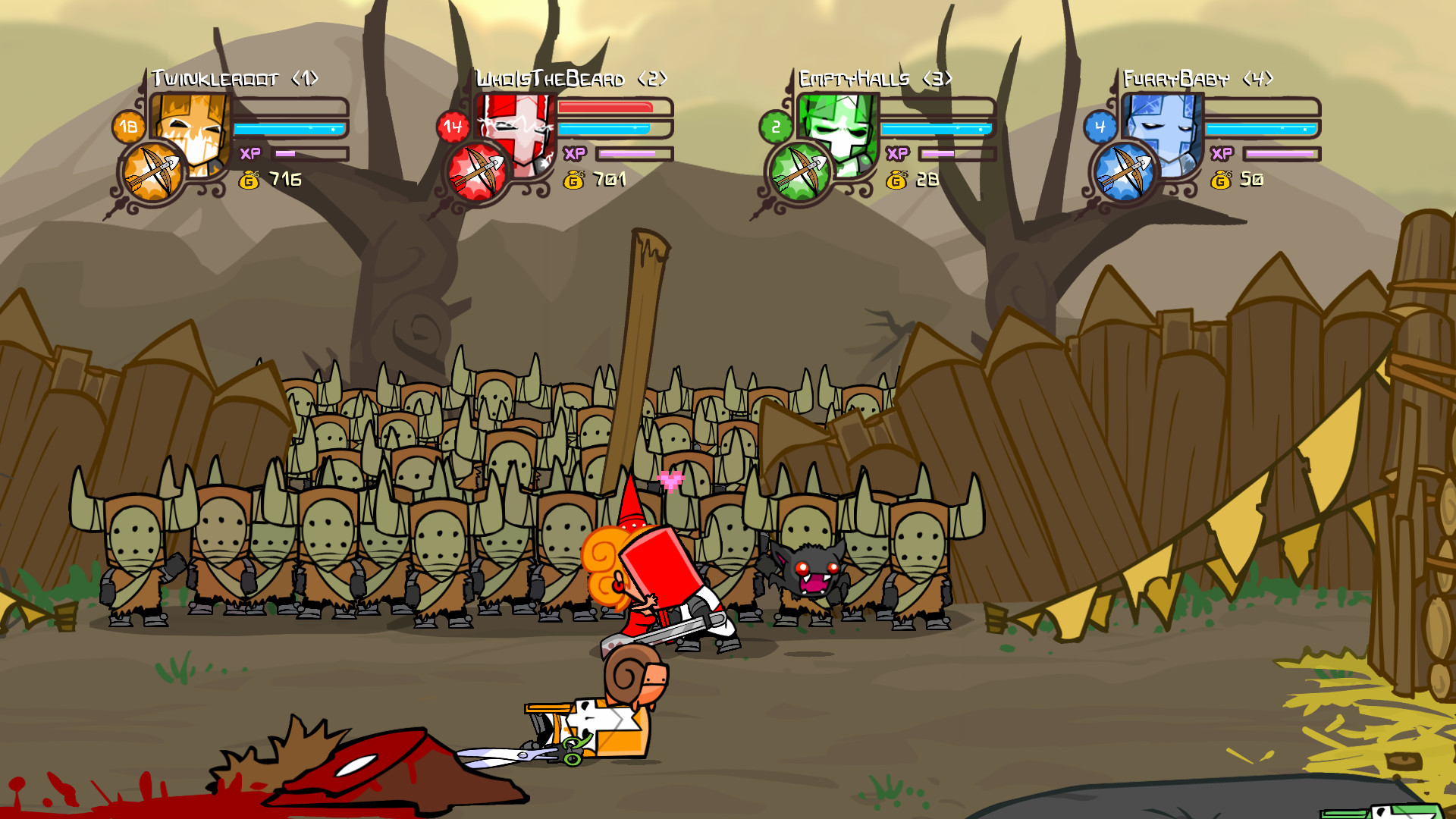 You’ve got a few days off work, so you should spend one of them bonding with friends and playing an awesome game. Failing that, sneak it into the office party to escape the drunken ‘banter’ and that creepy guy with the mistletoe from finance.

Castle Crashers is a four-player action adventure game, following four knights on their quest to rescue a Princess and defeat an evil wizard. As you’d expect, you will be faced with a number of battles along the way, including ninja pirates and alien invaders. It’s a bizarre fantasy parody game that was around before bizarre fantasy parody became so mainstream.

Castle Crashers has the same daft jokes that one expects from The Behemoth, and the humour feels decidedly darker and more sarcastic than some of the more jolly, cartoonified titles on this list. 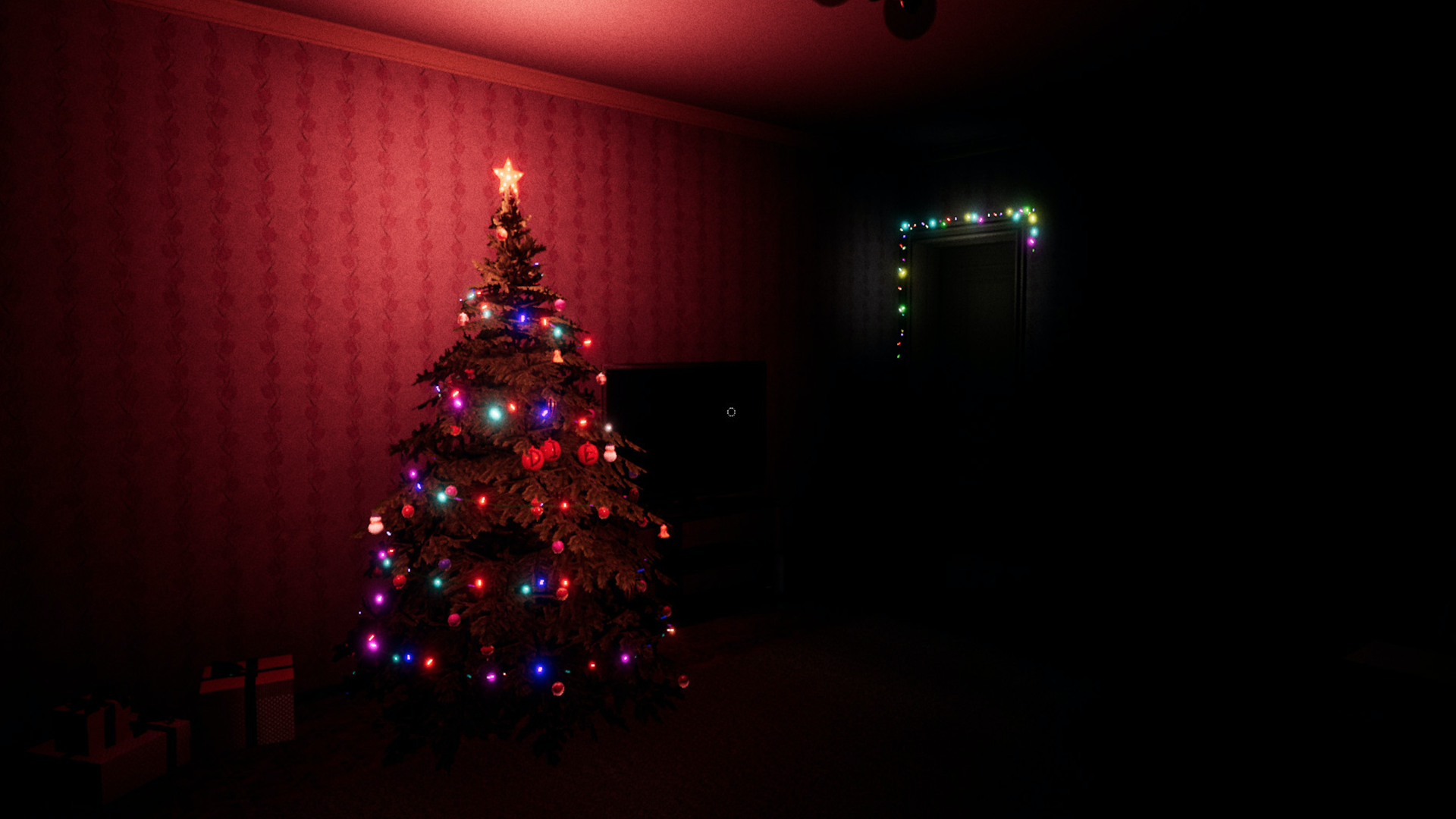 Once you make it through this game, you’ll never hear holiday music the same way again.

This Early Access indie horror has the potential to become something creepy and brilliant, plus it brings chilling fear into the realm of Christmas, which is a USP many can get behind.

The player finds themselves alone in a big creepy house with no company except a shady character who probably doesn’t have any holiday cheer. Explore, discover clues and solve puzzles in your efforts to try to make it through the night. The experience is so immersive and proves incredibly intense, putting players right in the middle of a Christmas nightmare bigger than Santa not bringing you that Spider-Man Mega Laser Set.

Whether you’re snuggled up with a partner enjoying a few last hours of solitude or crowding around a laptop at your Christmas Party, there’s plenty of holiday cheer to be found in indie games this year. Each of these is best served with a slight hangover, mince pie, and a scratchy woollen jumper.