When a midnight trip to the loo becomes something much darker.

When a midnight trip to the loo becomes something much darker. 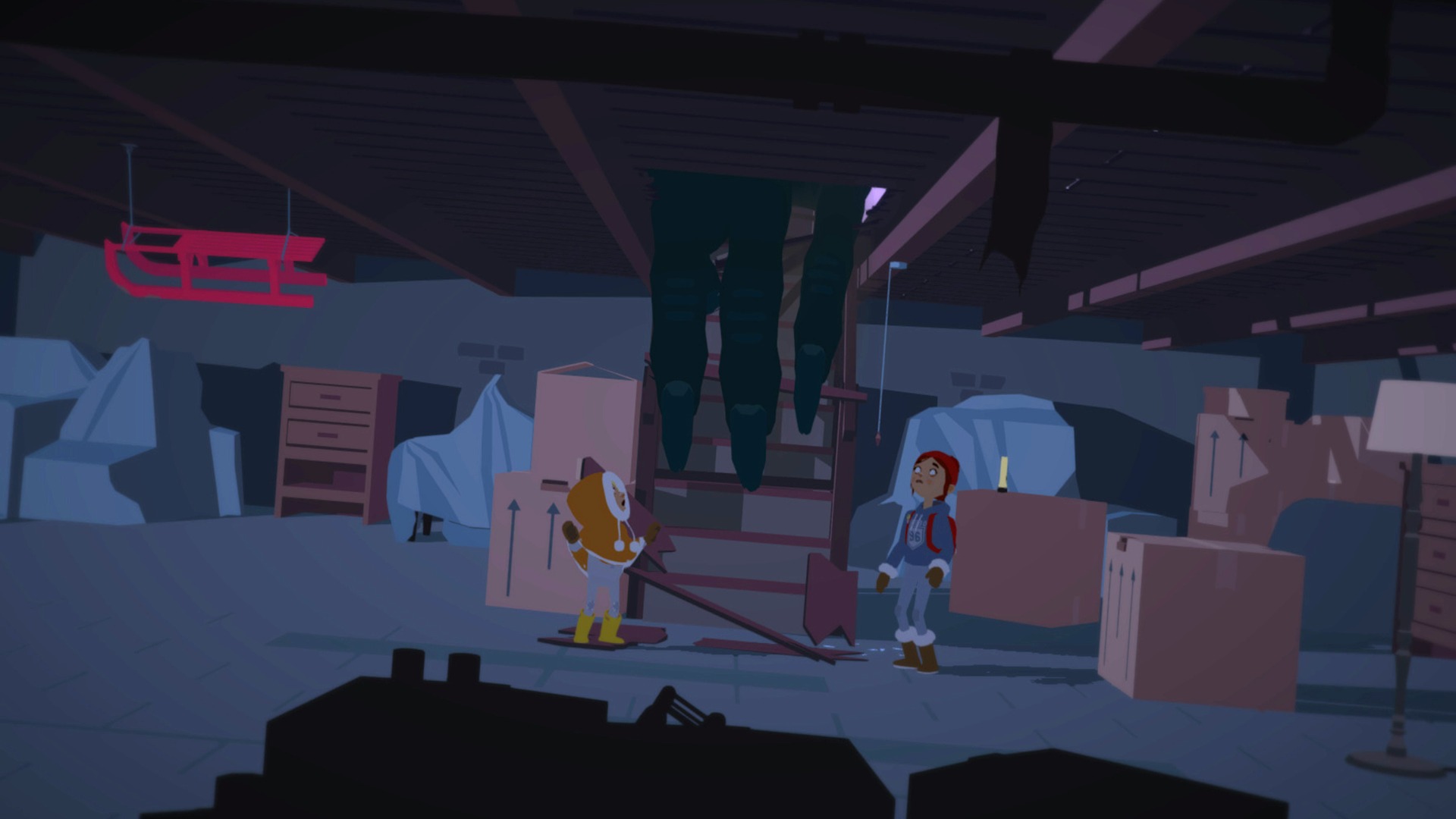 Röki, a beautiful yet dark narrative-based adventure that takes heavy inspiration from Scandinavian folklore, has been making its way to events across the UK. We had a chance to taste the upcoming mysteries of this cold winter’s night.

Set for release at the end of 2019, Röki takes you on a strange, mythical adventure in the snow boots of Tove, a young girl with a lot of responsibilities. When a monster suddenly decides to destroy her family home, Tove’s big sisterly instincts are put to the test. 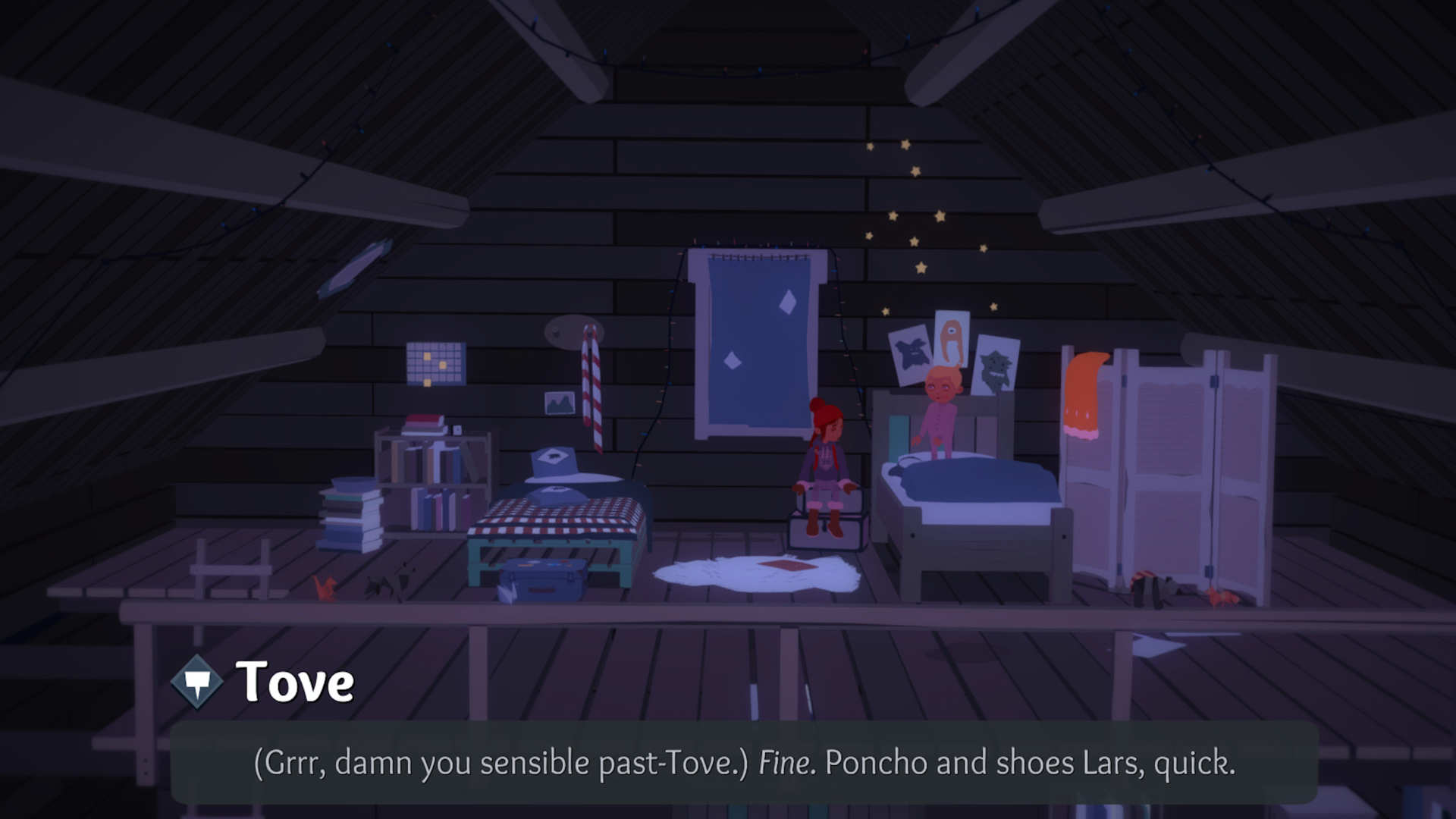 Our demo begins with Tove waking up after falling asleep reading to her younger brother Lars. Naturally, Lars needs to use the bathroom, located in a small building outside the house. Being the responsible older sister, Tove agrees to accompany her brother to the outhouse in the middle of the night. Tove has a lot of things to do before she can get back to bed: putting wood on the fire, helping her brother make it to the toilet and scaring away the strange number of crows that have appeared…

It soon becomes clear that this is not an average night as the world starts to shake. As soon as you’re safely inside and tucked up in bed, a giant monster hand appears through the window, destroying everything it touches. You must now figure out a way to get rid of this monster, all while your brother whines in the corner and your father remains passed out downstairs. Environmental storytelling and Tove’s own speech is telling of the life this child has been living, and her own defiant attitude to her lot. Tove is fearless, able to overcome anything that stands in her way, as long as she thinks it through and takes a look at the items around her. 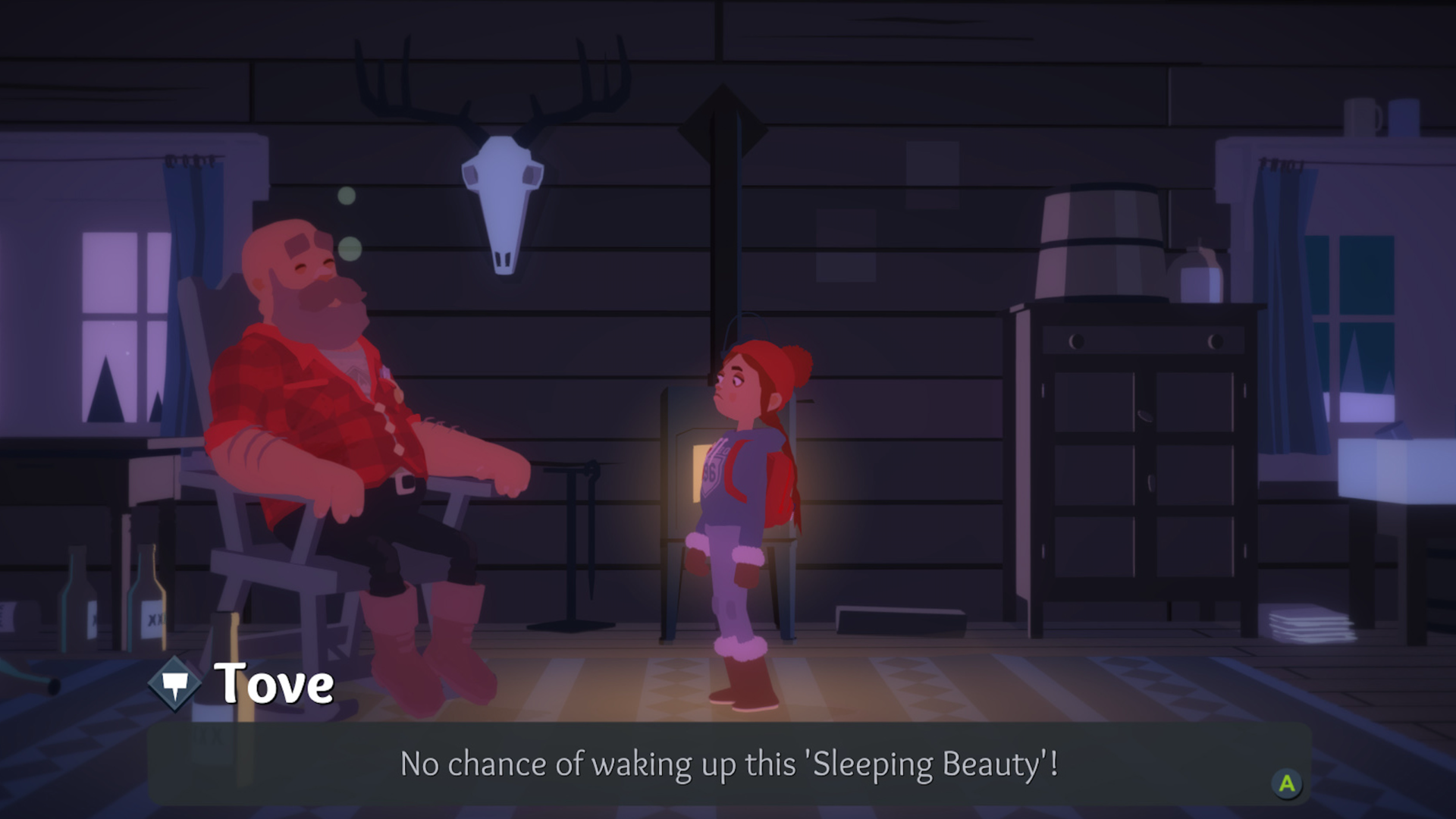 Röki works much like a point-and-click adventure, requiring players to imaginatively combine objects in their inventory and drag them to the surroundings to interact in different ways. As you make your escape from the home, you are free to explore each room and scour each area for helpful objects and extra narrative. It becomes obvious that Tove will need to search every nook and cranny of the tumbling house for valuable tools, as well as figure out how to use the monster itself to her advantage. As a player, you’re torn between this desperate search for survival and the needs of your younger brother, who simply needs looking after while you shield him from the horrors of the night.

Soon enough, the demo sees players leave the crumbling house, father still fast asleep (we hope) inside, and head into town. Röki’s cliffhanger ending is powerful. Your home has been demolished by a giant monster and your father is still in there; meanwhile, the journey to this mysterious town stretches out in front of you. 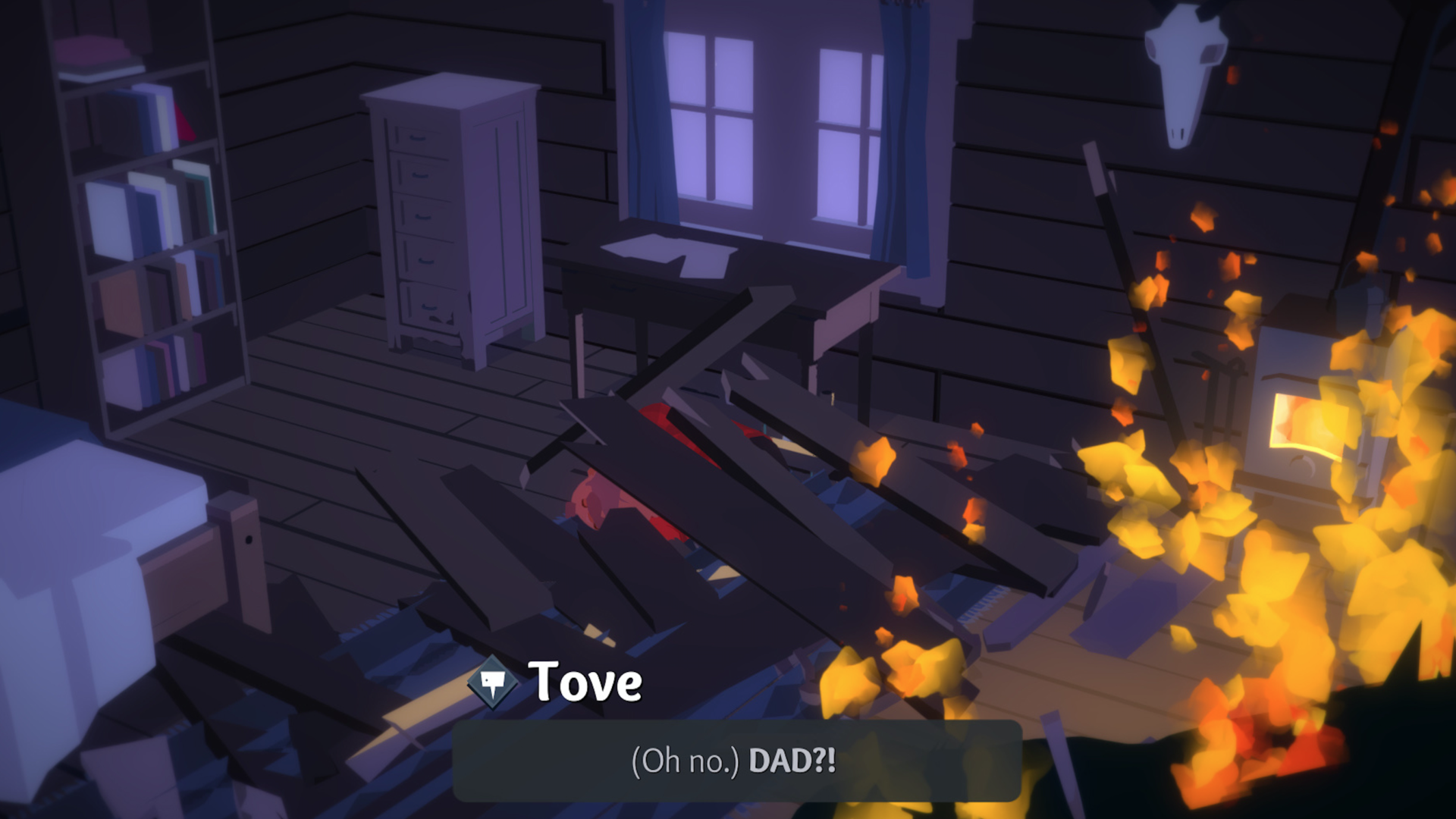 Even at this stage of development, Röki’s story is polished and nuanced, with subtle voice acting cues providing insight into the emotions and personalities of the colourful characters contained within its world. Hopefully, this voice acting will feature more prominently in the final release of the game, as other aspects of characterisation are already extremely sophisticated.

Individual character animation that supports each movement is something that developers Polygon Treehouse have been working on throughout development, posting regular updates on Twitter. A quick glance at the company’s social media reveals a flourishing devotion to detail in the way their characters move and are presented. It’s rare that a point-and-click adventure places so much focus on this, but Polygon Treehouse are offering an emotive experience in which players truly feel that they can connect with their young characters. In rigging each joint within a character, developers can allow for a wealth of facial expressions and micro-movements, as well as their body’s gait and stance. Tove’s braid even has physics applied to it, so it bounces around as she moves. This level of polish really takes Röki over the top, making the game stand out so much more at events and on screenshots than others of the same genre. 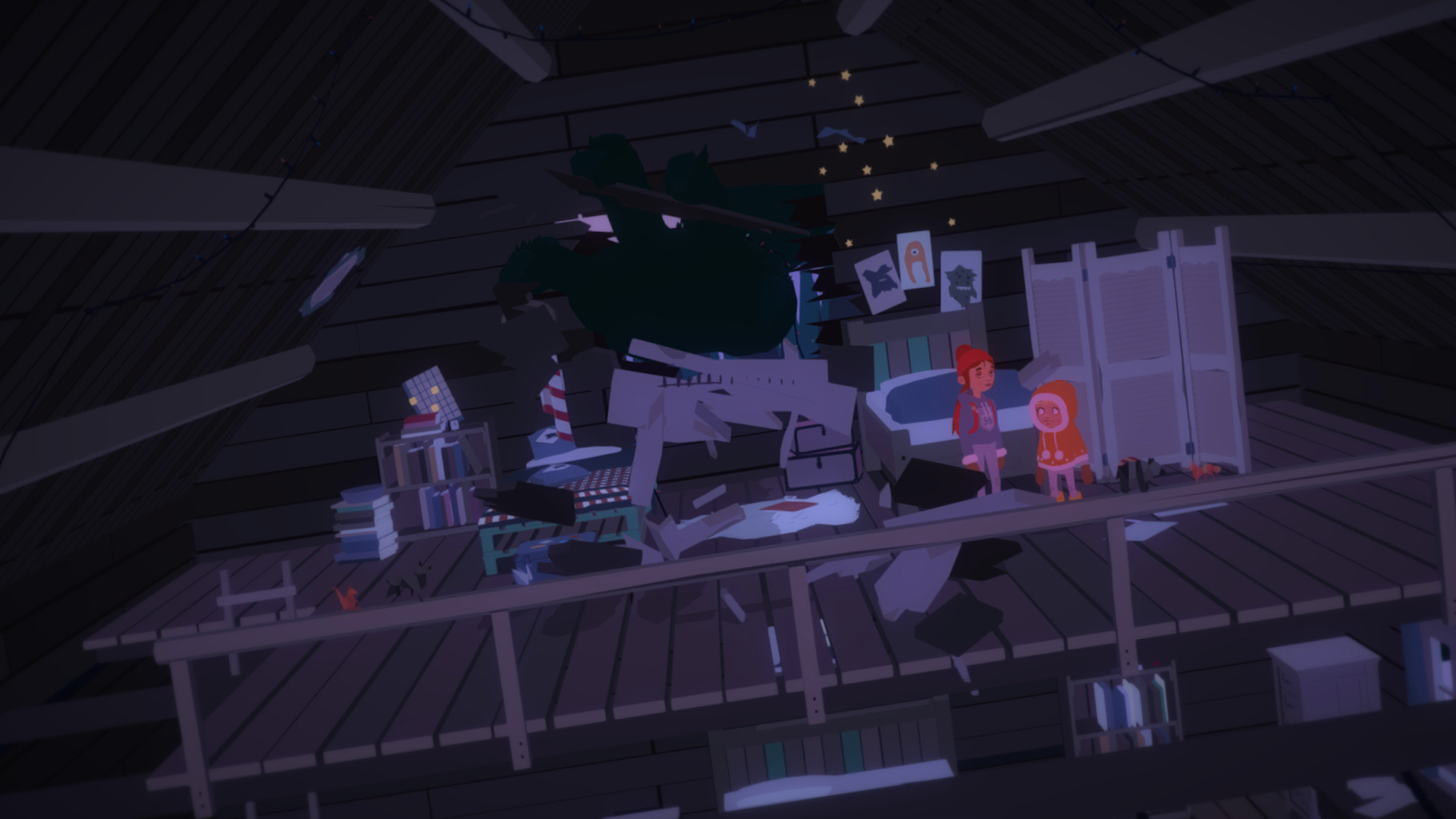 There are several cinematic moments in the game in which you can sit back and watch as Tove and Lars interact with the world or fulfil the task you have just asked them to do. These cinematic moments, where the screen gains black lines on the top and bottom, are skillfully placed to give more meaning and context to the actions you are performing. Each puzzle solved and each new area explored is placed into context at the exact time you would need or want it to be, creating an ever-present sense of urgency in your movements. The current demo is just a slice of what is to come, but it has left an impression in our minds, making us eager to find out what greater adventure lies in store for this amazing young girl and her brother.

Röki is set to release in late 2019 but you can keep up to date with its progress by signing up to the newsletter on their website.

Grief As A Puzzle With RiME And The Almost Gone