Turn-based RPG Nomads of the Fallen Star gets release date

Half Geek Studios prepares this post-apocalyptic RPG and economy simulator for January 30th.

Half Geek Studios prepares this post-apocalyptic RPG and economy simulator for January 30th.

Solo indie developer Huy Phan (Half Geek Studios) has announced today the release date of his new turn-based sci-fi RPG title Nomads of the Fallen Star, scheduled for January 30th through Steam for PC. This game blends a classic role-playing adventure set in a post-apocalyptic world and lead by a group of mercenaries and scavengers.

Nomads of the Fallen Star follows the path of a rag-tag scavenger gang looking for fame, glory and wealth through a ravaged wasteland filled with dangerous enemies and many secrets. But this title has some interesting features that stand out from other similar titles. For instance, its dynamic economy makes resources and supplies scarce or abundant depending on when we encounter traders and merchants. These NPCs will be constantly on the move and each time we intervene with them or their trade we might disrupt the region’s economic flow and suffer the consequences of its fallout.

Gang factions and militia groups will populate Nomads of the Fallen Star’s map, making each run for resources or precious loot a challenge with dire opposition. “The game at its core is a deep economic simulation,” said Huy Phan. “Think about the little guy, toiling away at some outpost digging up resources. He has needs and desires, he’s a consumer and a producer in a complex supply chain”, he added. 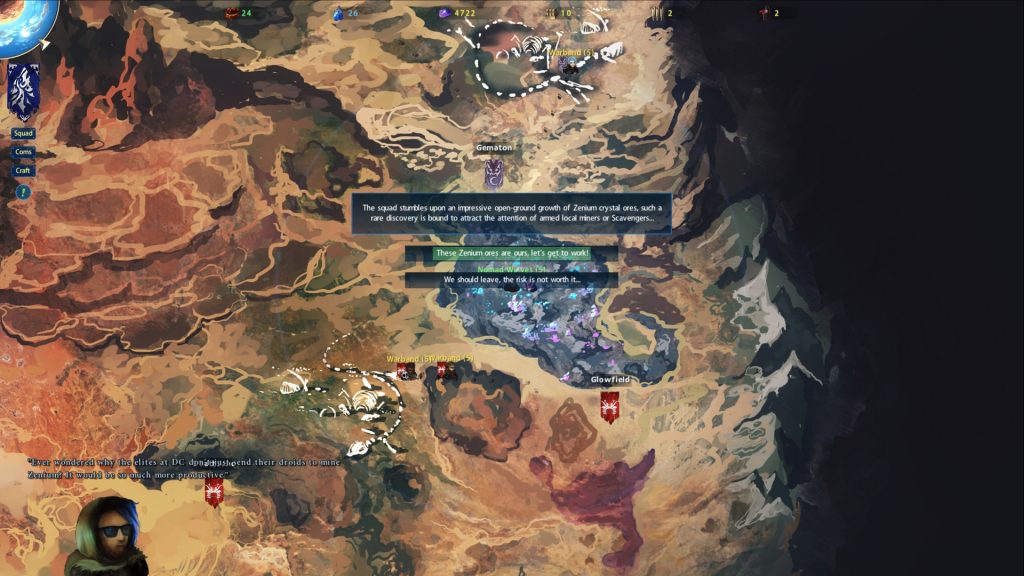 “If raiders or xeno-beasts ambush caravans, those resources never arrive at their destination. While that’s bad for them, it presents an opportunity for players who can bring in the goods at a higher price and partake in mercenary combat missions related to the threats.”

And even though graphic quality isn’t something to look forward to in Nomads of the Fallen Star, its content and complex systems are pretty attractive features for fans of both simulation and turn-based strategy games, as well as role-playing.

A large set of weapons, items, resources and enemies to extract crafting components from await in this wasteland as we and our scavengers take on mercenary contracts and different quests while we explore and learn the secrets behind the fallen star.

Nomads of the Fallen Star will be available from January 30th for PC through Steam.