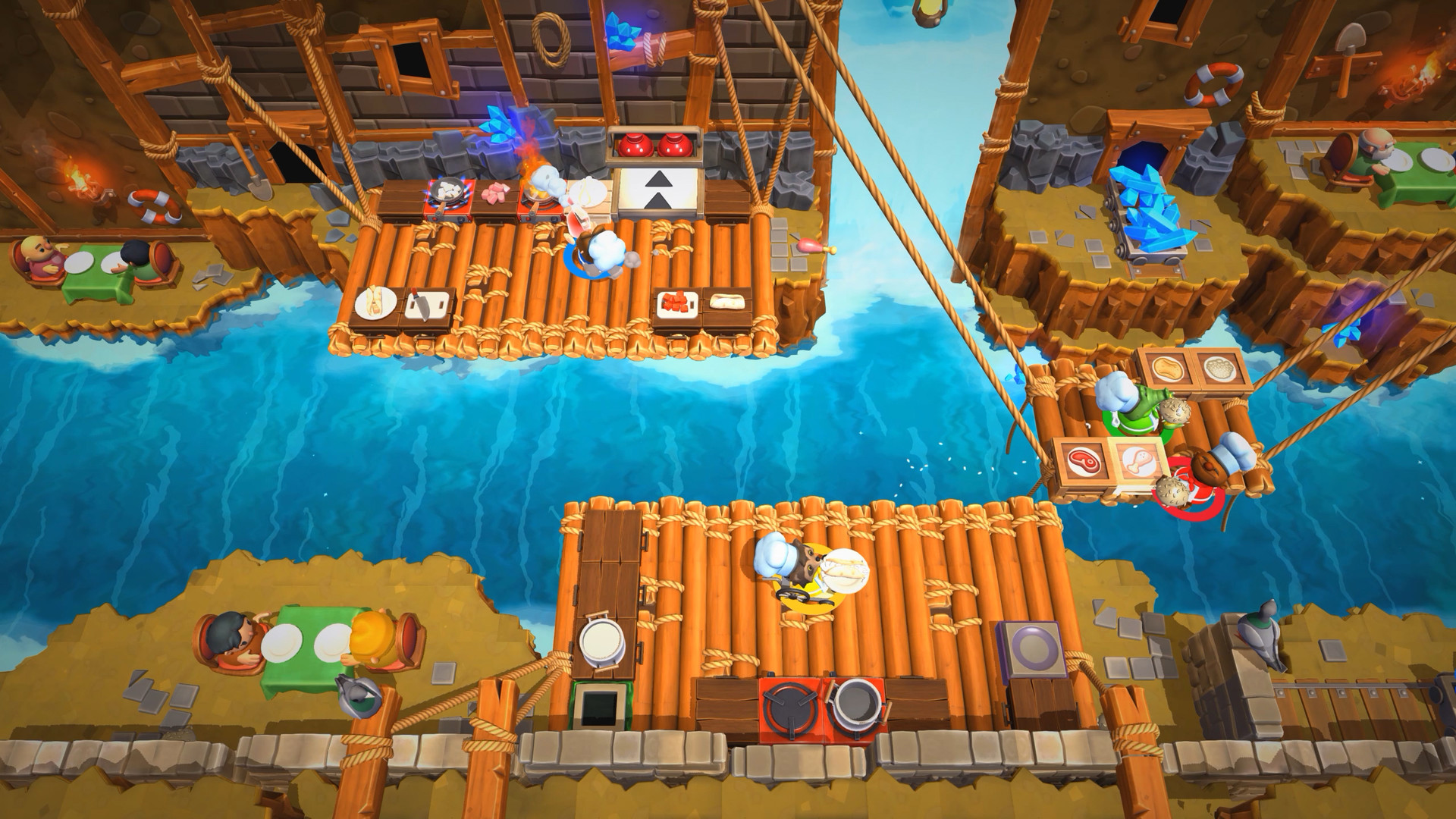 Online play is all well and good, but nothing tops the satisfaction of playing with (or against) a group of friends in the same room. Couch co-op or living room warfare has been a mainstay of gaming since way before the internet and it remains as entertaining as ever. So, in the spirit of spring – when new things blossom, the sun is potentially shining, and everyone else is annoyingly chipper – here are some great games worth staying inside with your best mates for. 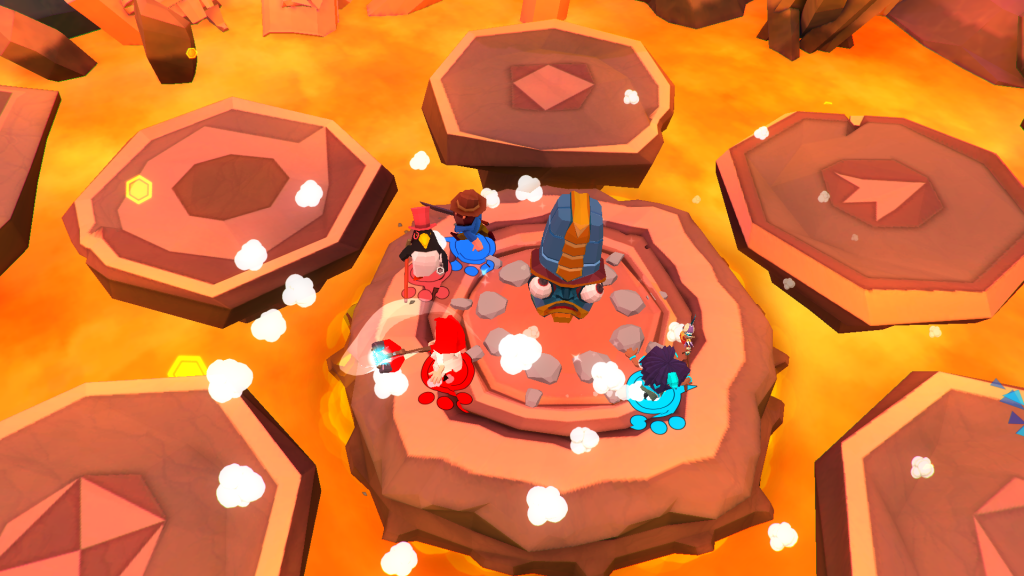 Available in two flavors, the original and the Switch-specific Party Edition, this insane romp is part soccer, part gladiator combat. Playable for up to four players, the goal of a match is to grab the giant head of a god and get it to the goal. All the while, the opposing team is trying to steal it back by hacking you to bits.

In full-on four-player mode, this means one player is moving a cantankerous head, while the other is defending them. The variety of maps frequently have their own hazards and the godhead itself has unique powers that can work against everyone’s favor. 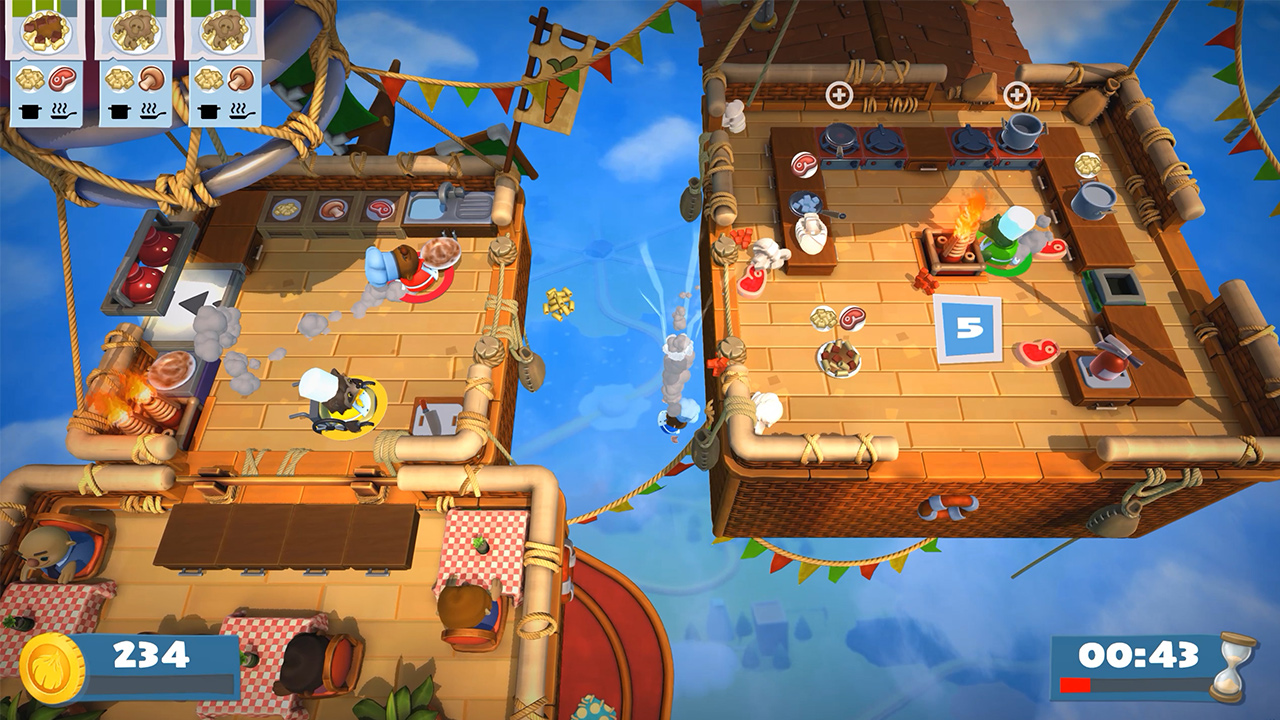 No matter what Overcooked game you play (the first is excellent too), be prepared for a challenge to not just your reflexes but your patience, decency as a human being, and temper. Overcooked is a game where each player has a role and everyone is reliant on each other to an extreme degree.

The premise seems quaint enough: you play as chefs tasked with feeding hungry restaurant patrons. Keep track of orders, gather ingredients, prepare them, put the meal together, and send it off. Simple, right? Except getting all these elements to work in an orchestrated manner could very well require superhuman calm and grace. Overcooked is a brilliantly evil game that is less about cooking and more about testing the strength of your relationships. 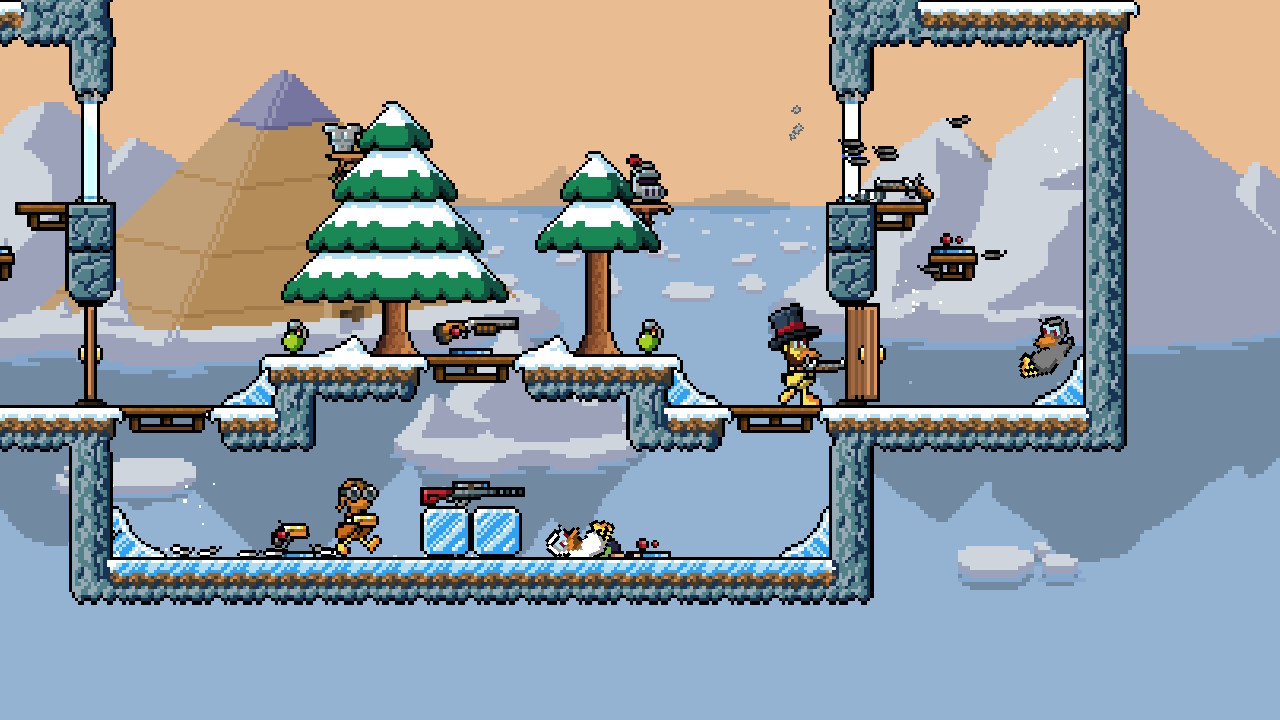 A retro arcade-style 2D shooter, Duck Game lives up to its name. Pick a duck and then enter the arena for lightning-fast battles where the first kill wins. Up to four can battle in a series of ever-changing (and frequently absurd) levels, starting with nothing and immediately scrambling to find a weapon.

Run, jump, swing, jetpack, hack, slash, and shoot all in the name of a quacking good time. The game originally launched on the ill-fated Ouya, but thanks to Adult Swim Games it has since migrated south to PC and PS4, and will soon poke its beak into the Switch this May. 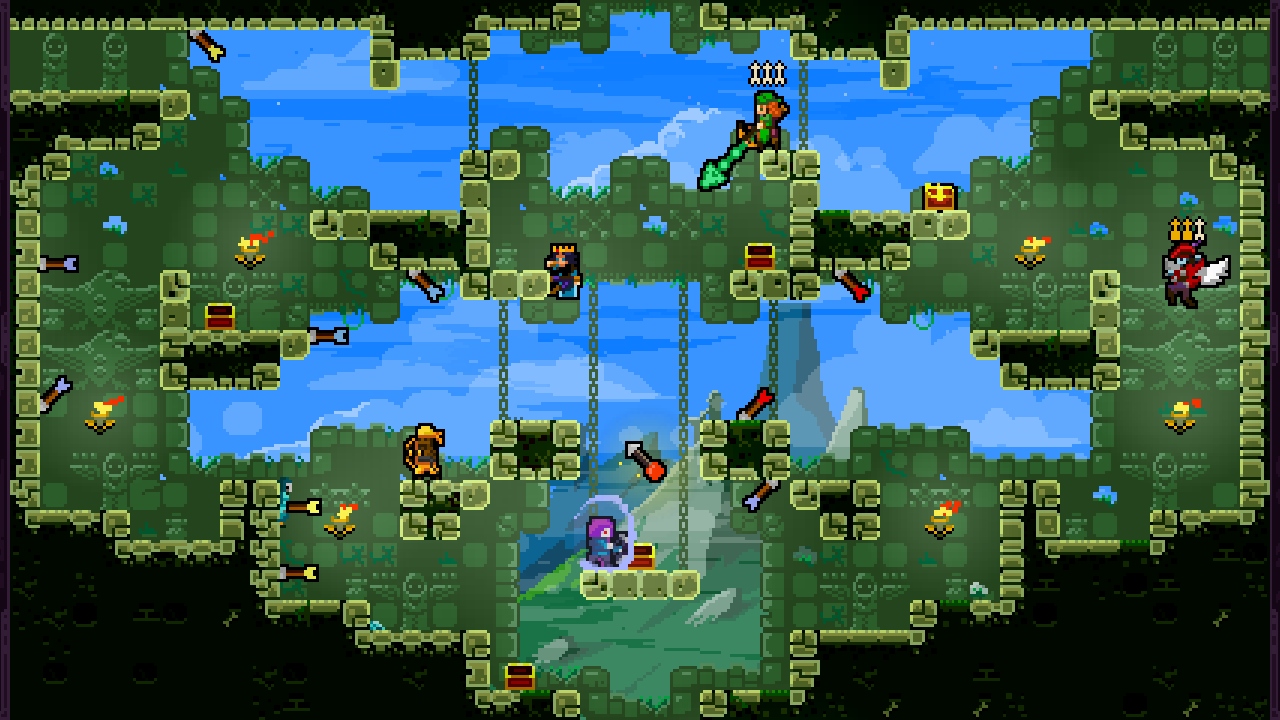 The second game that originated from the Ouya platform, TowerFall shares a lot of similarities with The Duck Game. It’s a retro-inspired 2D multiplayer battle game where up to four (and on the Switch, 6!) players battle for supremacy through the age-old method of filling their opponents with righteous arrows of death.

TowerFall remains a must-have party game because the gameplay itself is so refined and damn near perfect. It’s not an easy game, but pretty much anyone can instantly grasp the concept and start playing. 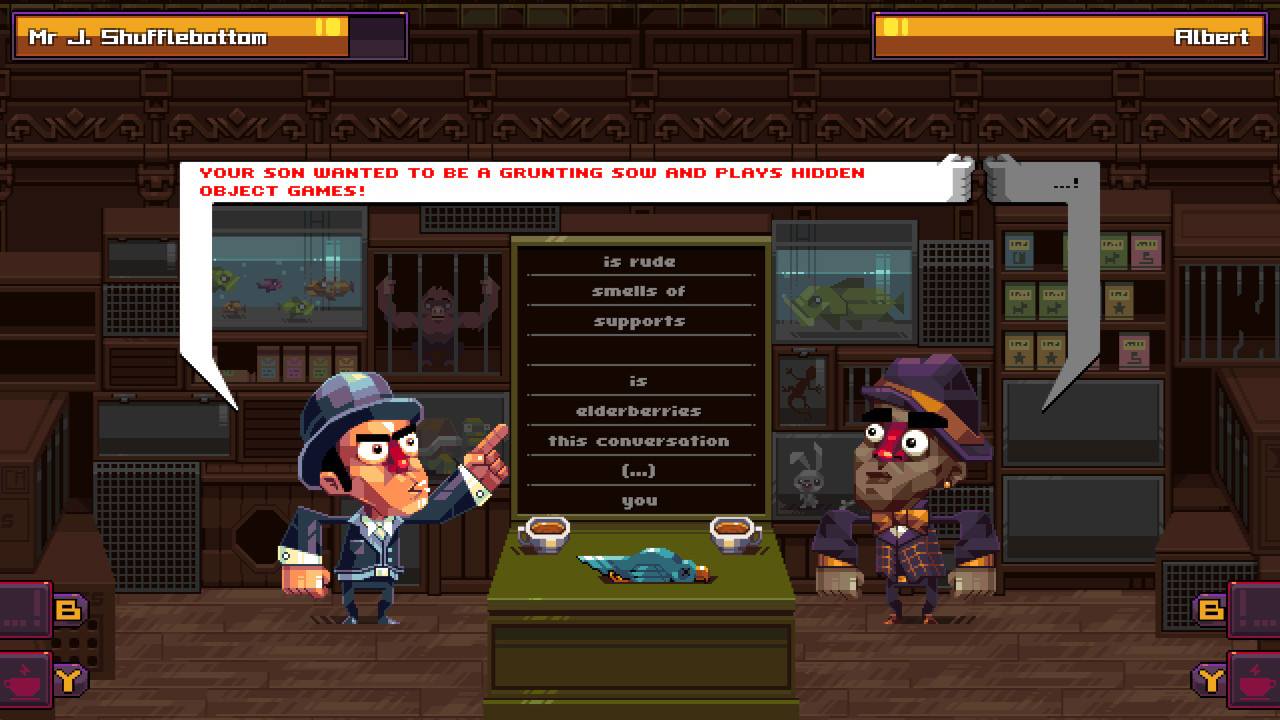 Some people just don’t enjoy this insanely hilarious, juvenile battle of non-wits set against a bonkers Victorian background. Avoid those people. Oh Sir!! is easily the greatest and most entertaining method of teaching sentence structure ever created. Admittedly, the sentences frequently make no sense whatsoever, but that hardly matters.

You can even play as HP Lovecraft and every one of the 11 playable characters has distinct hot button topics you can use to earn higher points in your verbal barbs. There’s also a Hollywood Roast edition, but the original’s charm makes it the standout. 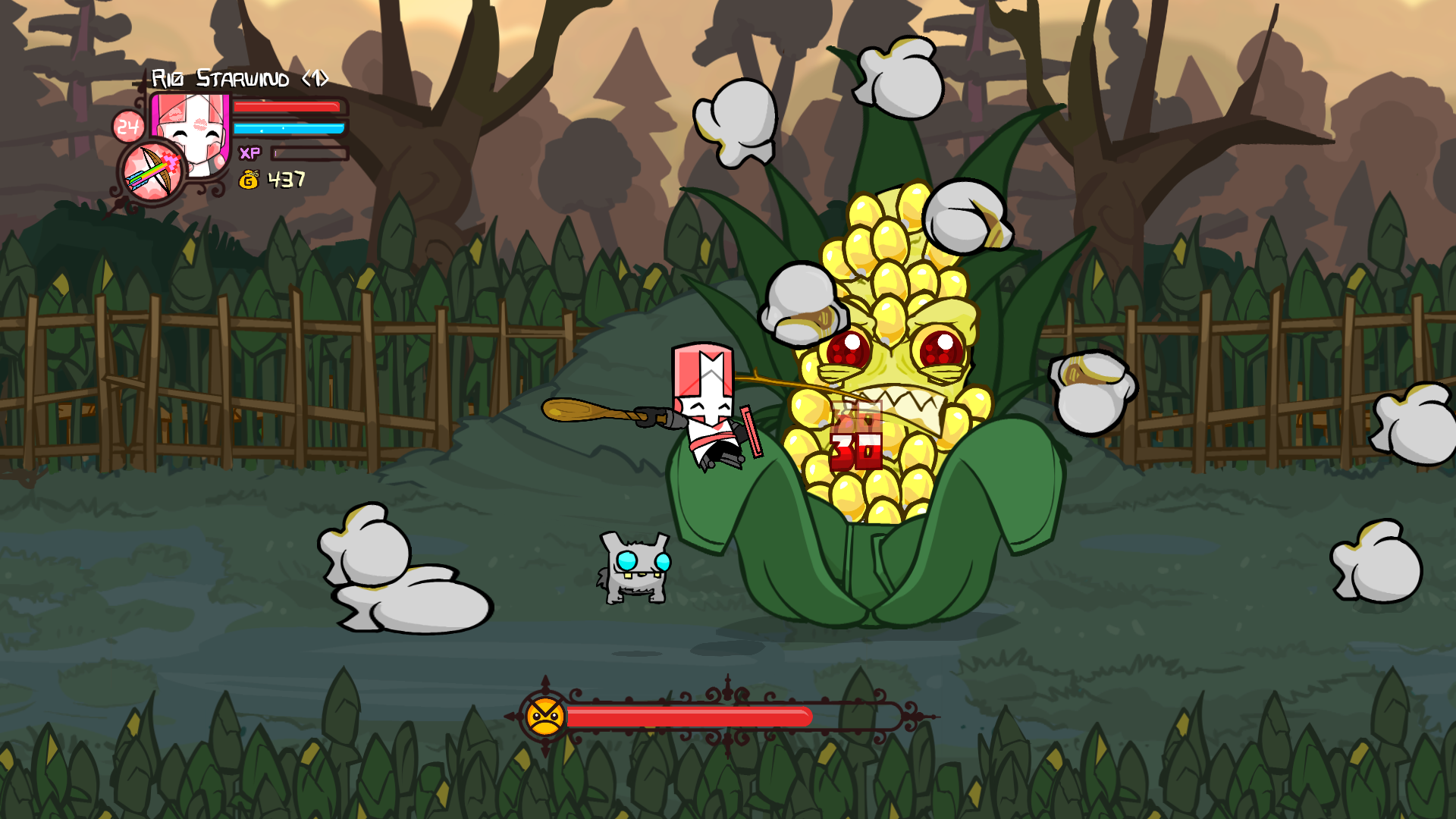 The Behemoth is a developer with a uniquely weird and wonderful sense of aesthetics. While their Battle Block Theater comes close to Castle Crashers’ chaotic local multiplayer prowess, it’s sadly only available on Xbox and Steam. So, the recent announcement that previously Xbox-only Castle Crashers Remastered would be hitting the PS4 and Switch shortly is a big deal.

Four-player 2D mayhem across a variety of game modes has players hacking and slashing to destroy barbarian hordes, rescue princesses, and just generally cause hilarious mayhem. Castle Crashers is a modern classic. 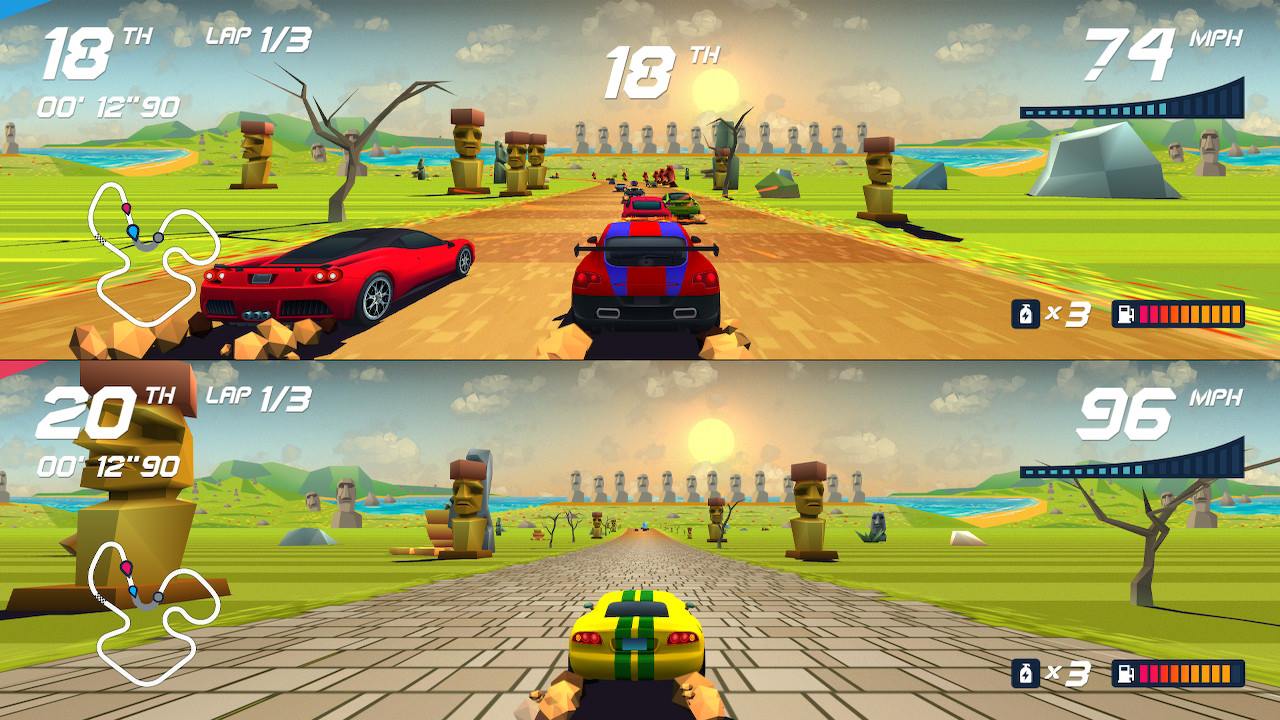 For those who love classic arcade racers, Horizon Chase Turbo is a treasure. Imagine Sega’s beloved Outrun! on tracks instead of the open road and you’re close. While Horizon Chase is superb fun alone, the game’s 2-4 player split-screen mode is what really makes it a must-have party game.

While any version of the game is terrific fun, it’s hard not to be impressed with the frantic sense of speed and buttery framerates, even in split-screen, of the Switch version where the game feels very much at home.

Grab some friends and fire up the machine of your choice to get in on the action with these multiplayer masterpieces. Putting your skills, teamwork, and relationships to the test has never been so fun!