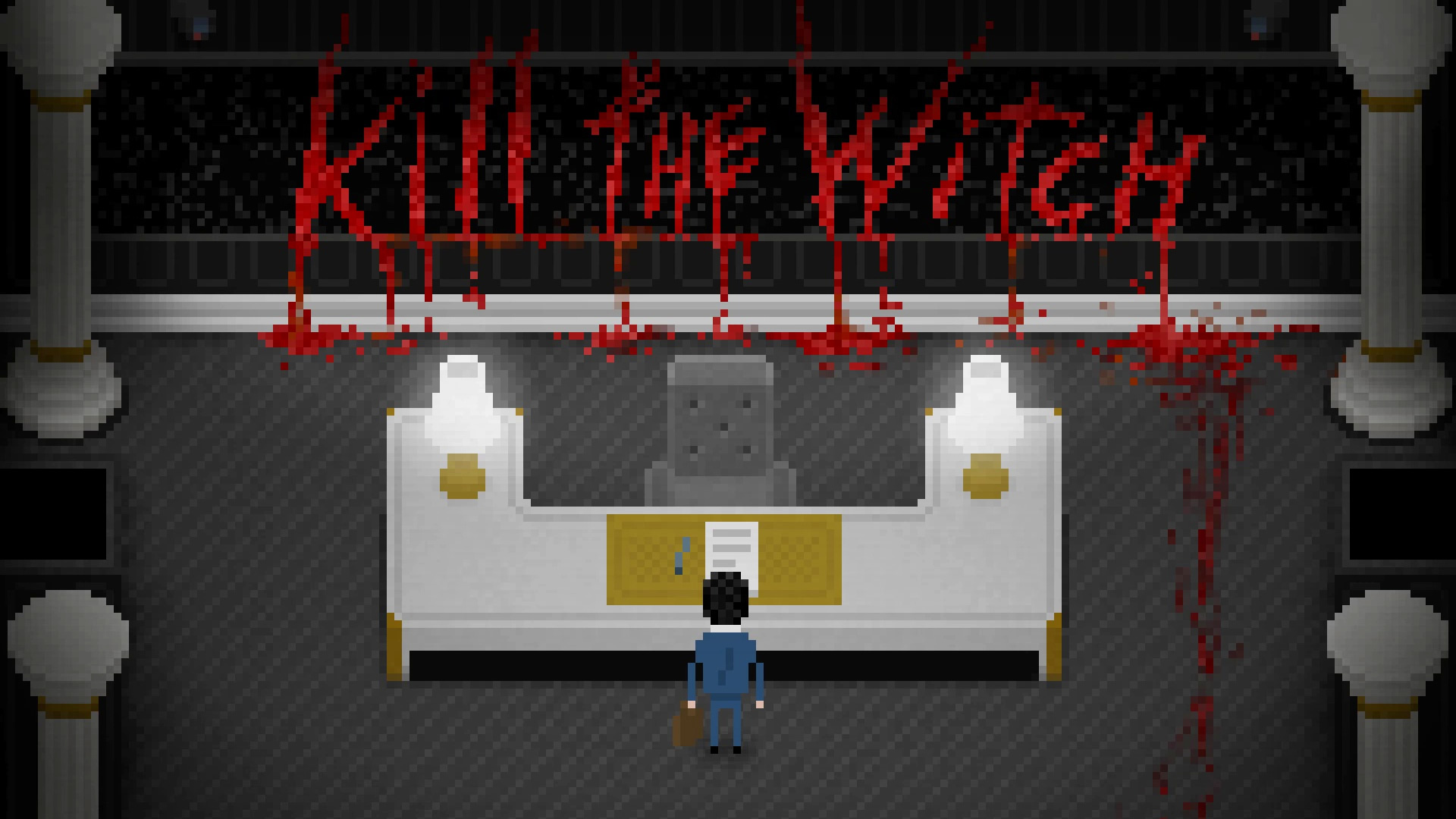 In a small windowless office surrounded by familiar, hollow suits, an important-looking man in full dress armour gives a motivational speech from the back of a horse. The message of this speech is that we are all trash – but we could be better, if we only accepted that. If we could only surrender ourselves to the company, sacrifice our individuality, and embrace monotony, then, and only then could we feel any self-worth. The first day on the job is challenging for anyone, but for Brian Pasternack, this is only the beginning.

Stranded in a bizarre dystopian ’90s society, Brian, a lower-class citizen, finds himself invited to work at one of the most prestigious corporations in the world: Sintracorp. Excited at the prospect of working for such a company and the class mobility that might offer, Brian arrives for his first day at work confused but eager to impress.

It doesn’t take long to see that things aren’t as they seem at Sintracorp, not to mention his job role. You see, Sintracorp doesn’t want another faceless office clerk, they want a hunter. And the job of that hunter? Simple: Kill the witch. 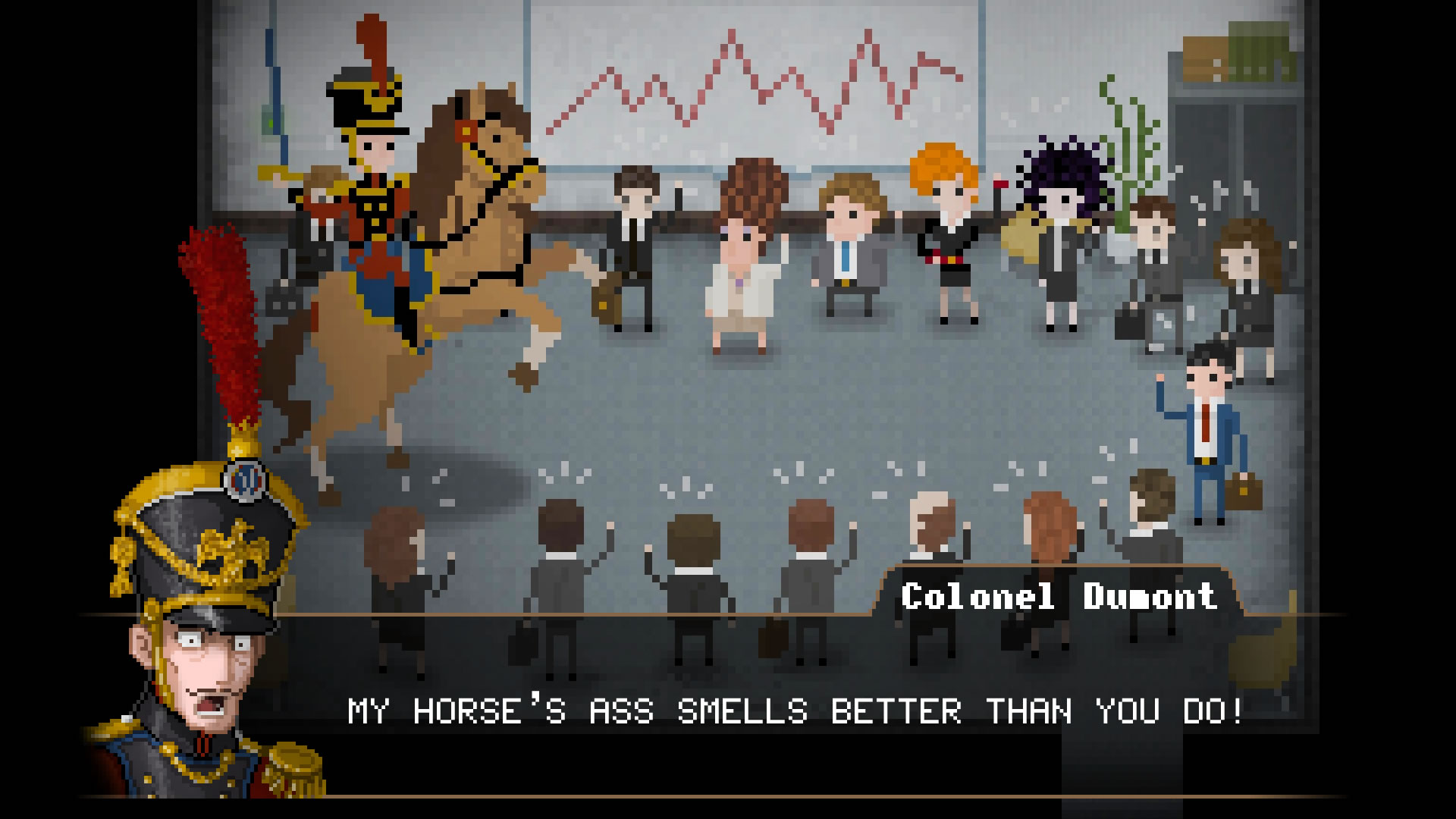 It turns out Sintracorp dabble in the occult and may have used a witch’s powers to manipulate their success. Problem is, she’s now taken full control of their headquarters and is tormenting their employees with macabre mind games. It’s Brian’s clandestine task to infiltrate the workforce, locate the witch, and finally put an end to her brutal influence over the company. Quite the induction, to say the least.

You set about this task by logging into Sintranet and communicating with the company’s AI, Sintra. After acclimatising yourself to your new office environment, she’ll inform you of what you need to do to kill the witch and save the company. Each step toward this goal sees you running around the building unravelling its strange past as you interact with its disturbing inhabitants. And it’s these bizarre fellow employees you meet throughout your time at Sintracorp that are the real stars of the show.

From coffee-frazzled VHS enthusiasts to self-proclaimed goblins, Sintracorp’s long-suffering office survivors offer up comic relief as well as sheer terror throughout your working day. They’ll help you solve the multitude of puzzles you face on the trail of the witch through an uncertain paranoia of who is or isn’t one of her thrall.

Many of them are nice, normal people in a terrible situation. But, there’s also the ruthless corporate ladder climbing sort ready to scale to the top of the pyramid on the corpses of their rivals. Office politics really is a tight rope walk, even under normal circumstances. 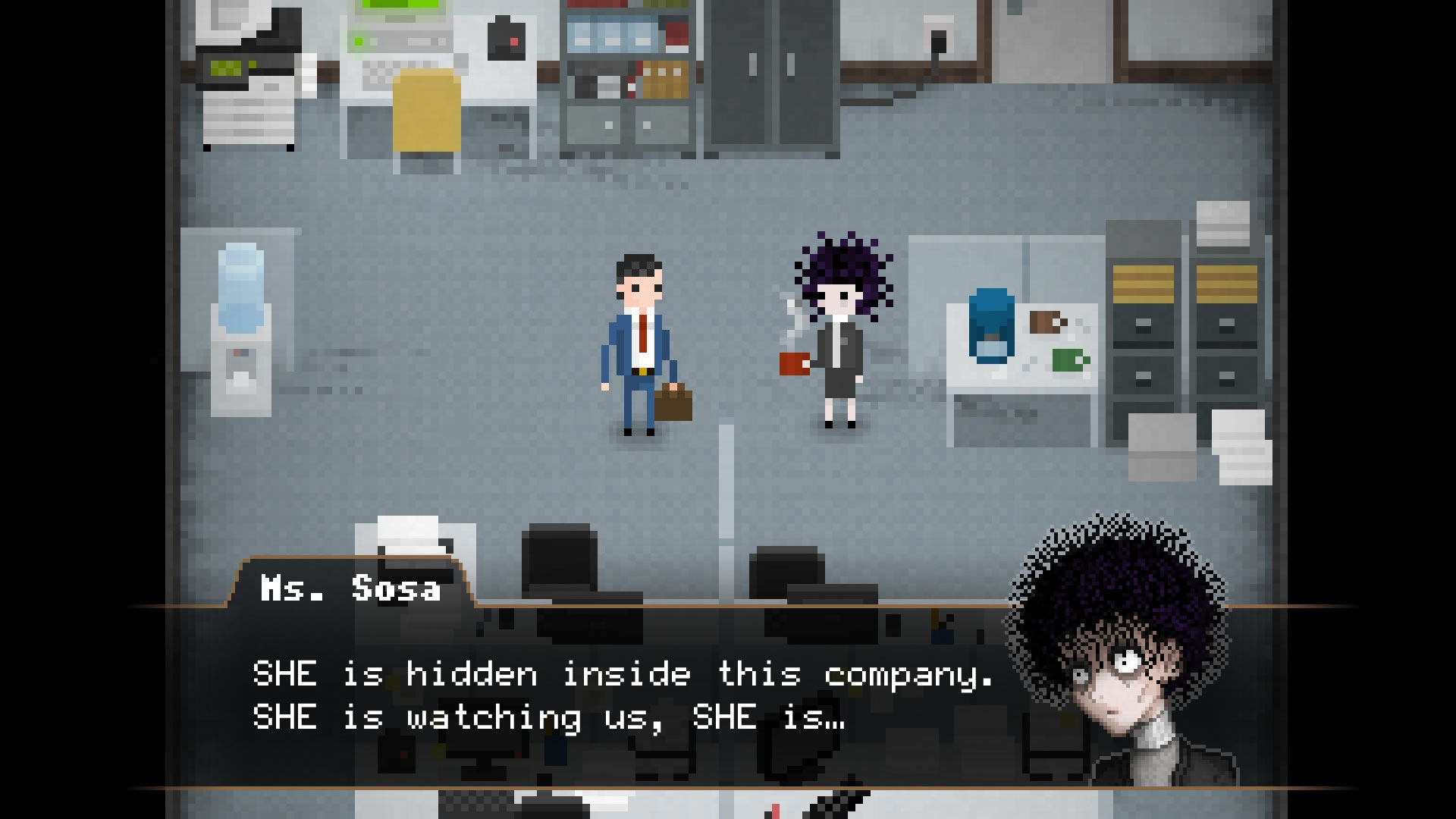 It’s this intersection between the clean-cut corporate world and the bizarre rituals of the occult where Yuppie Psycho really shines. It invokes the sentiments of films like American Psycho, where the deranged behaviour of suited psychopaths contrasts starkly against their social position and image.

There is something strange about the insulated behaviour of mega-corporations and the isolated cultures they create. You only need to see Mark Zuckerberg address a room full of adoring Facebook employees or Bill Gates jump around on stage to understand how surreal corporate culture seems to an outsider. And that’s what Brian is here – an outsider.

In this way, you’re peering in on a bizarre world where strange printers with hands for legs trying to kill you is normalised as part of the job. It screams of the dangers corporate entities present – a world where anything goes in the pursuit of power and profit. On that level, Yuppie Psycho is terrifying. A pixelated nightmare vision of an alternate, dystopian future where faceless corporations control the globe and enslave the human race.

It’s easy to forget the real-life parallels as you run around in your suit, briefcase in tow as you frantically try to subvert the witch’s heinous machinations. 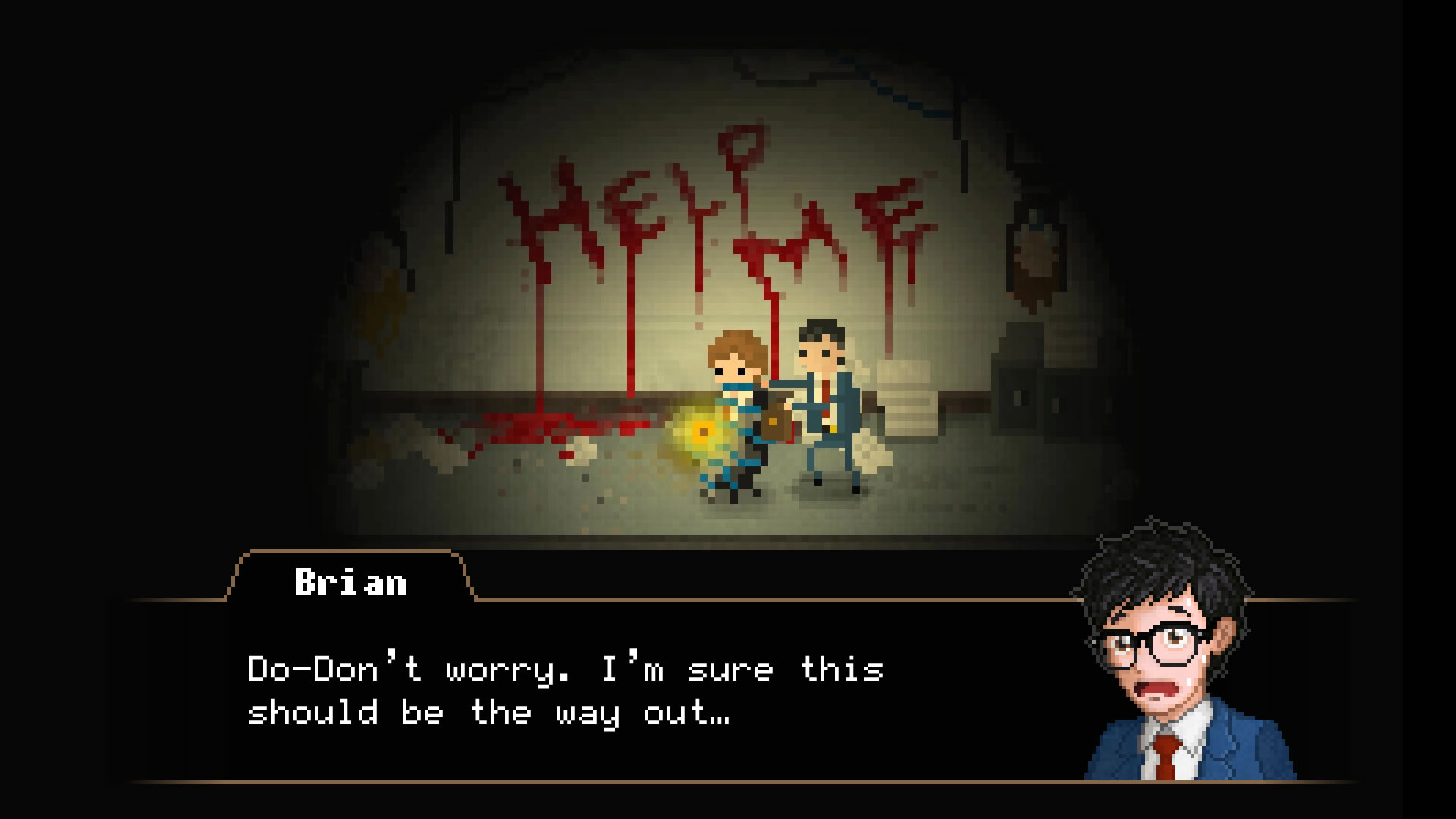 Horror aside, the whole game has a charming Game Boy-era RPG vibe to it. From the obscure Japanese humour – where people get huge beads of sweat over their head during awkward social situations – to the novel save system, it uses ‘retro’ as an aesthetic. Like many video games of the era, it’s a collision of western pop culture and eastern social norms all wrapped up in an anime-styled satire of modern American office life.

Of course, it’s all presented to the background of a funky alternative soundtrack that pulls from these many inspirations to conjure up that bewildering sense of horror. These take on a particularly piercing tone during the tense boss encounters that punctuate the story.

Nothing in this game requires intense twitch reactions, but rather everything is a puzzle to be understood and overcome. It’s a game that demands you pay attention to the details, lest you miss a crucial piece of information that will rob you of your eureka moment. 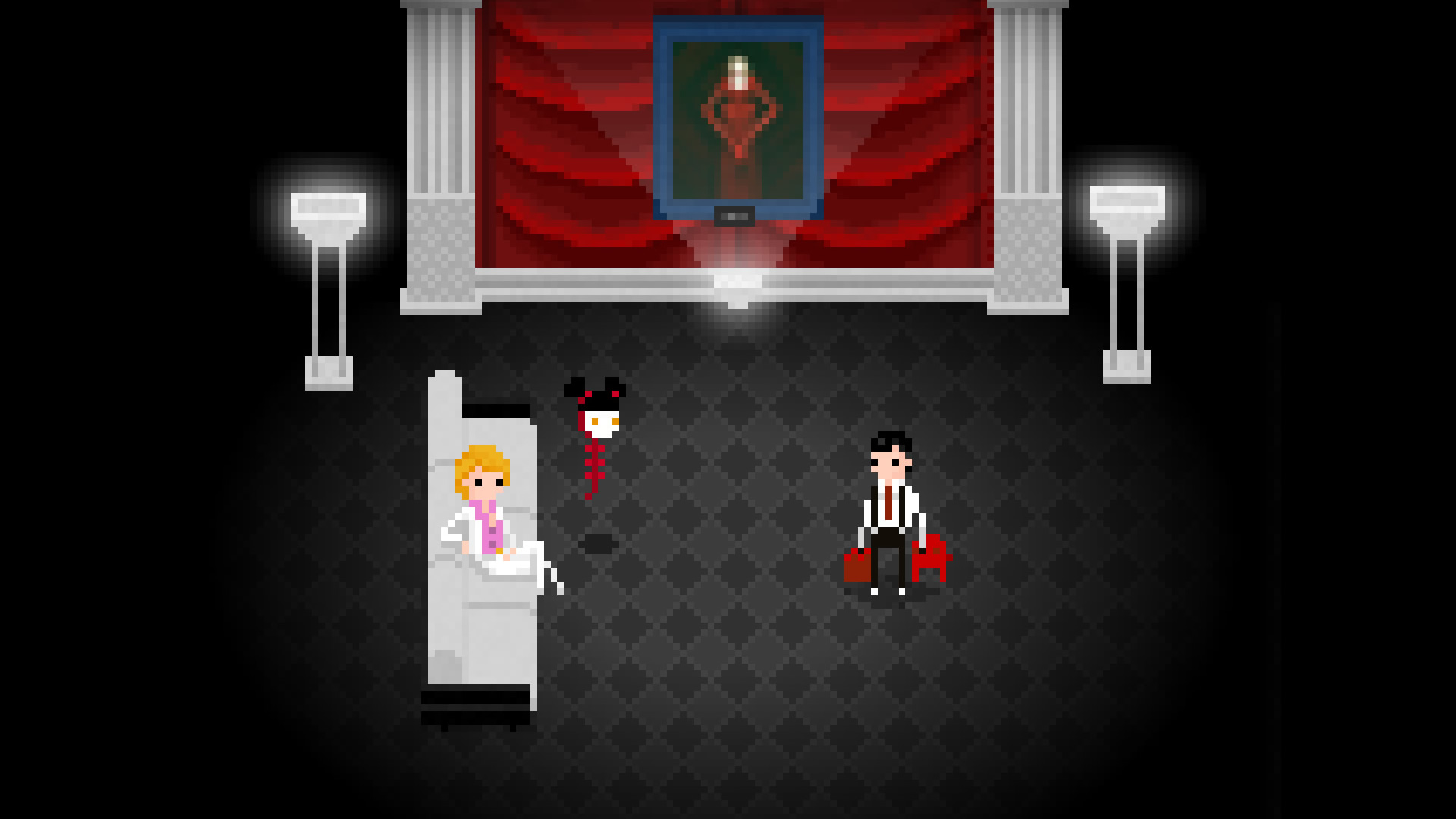 At its core, it’s a horror. It’s not the occult monstrosities that now wander the dark, polluted office spaces you should be afraid of, though. It’s the suits, the corporate policies, and the secrets that should really strike fear into your heart. It asks, what if all the rumours are true? What if all these big wigs really are satan-worshipping psychos?

Yuppie Psycho gives us a glimpse into the neo-corporate future depicted in science fiction films like Robocop and The Matrix, where normal people try to navigate the corporate dystopian workspaces they’ve found themselves in. It’s a highly polished look at what we once imagined as the reality of the corporatised future, and still could be. It’s entertaining and engaging with its poke at modern life and the flimsy social systems we cling to. It argues that you are not defined by your job – and, on occasion, that’s something everyone needs to hear.