Fighter of the nightmare.

Zombie shooters and ‘90s nostalgia. It’s everywhere, and Daymare: 1998 is one such title to deliver on this. Inspired by classic horror action games like Resident Evil and Half-Life, a deadly biohazard event has turned the residents of a small town into raging creatures. The story follows three characters and their involvement with the incident.

If you’ve played Resident Evil, you know what to expect: shoot zombies, watch your supplies, and solve puzzles. Developer Invader Studios is not shy in its Capcom influences, whether that be its Raccoon City-esque setting or the unergonomic level designs that make you question why anyone would ever live in a place like this.

It’s once you get beneath these references it falls apart, because the execution leaves a lot to be desired. The writing is full of clichés, with two of the three playable characters embodying the whole ‘bad-tempered soldier saying gruff lines’ persona. The dialogue features some of the worst exposition I’ve ever witnessed in a video game, with people literally derailing conversations to talk about a specific event that happened five years in the past. It doesn’t sound realistic at all.

While the soldier segments are dull rehashes of every B-movie zombie horror you’ve ever watched, the pacing somewhat improves with the introduction of the third character, Samuel. As a civilian, his first chapter has you fighting zombies in a rural area with nothing but a shotgun. Being separated from all the fancy military tech makes the game feel fresher and more exciting. At this point, I became optimistic things would start to look up.

Alas, it was not to be, as Samuel also gets fancy gear later and becomes just as flat as his counterparts. But what sets him apart from the others is his unique medical condition that causes hallucinations, which directly affects what enemies you see. You may shoot at a zombie only to find it was a vision, and you just wasted a bullet instead. It becomes a problem when facing groups of them, as you’re never sure how much you’re hurting each zombie.

Graphically, Daymare looks great for an indie horror. With visual effects including dynamic lighting, real-time reflections and high-quality textures, there’s a pretty game on paper. This is ruined by the character models, which look like plastic action toys, coupled with the cheap animations. Enemies move stiffly, often barely flinching when shot at. Instead, they half-shamble, half-run at you.

Bosses are even worse, as they soak bullets up like a sponge and deal astounding damage. These sections lead you to running around in circles and shooting at them from a safe distance. It’s tedious and sucks the fun out of these otherwise exciting encounters. 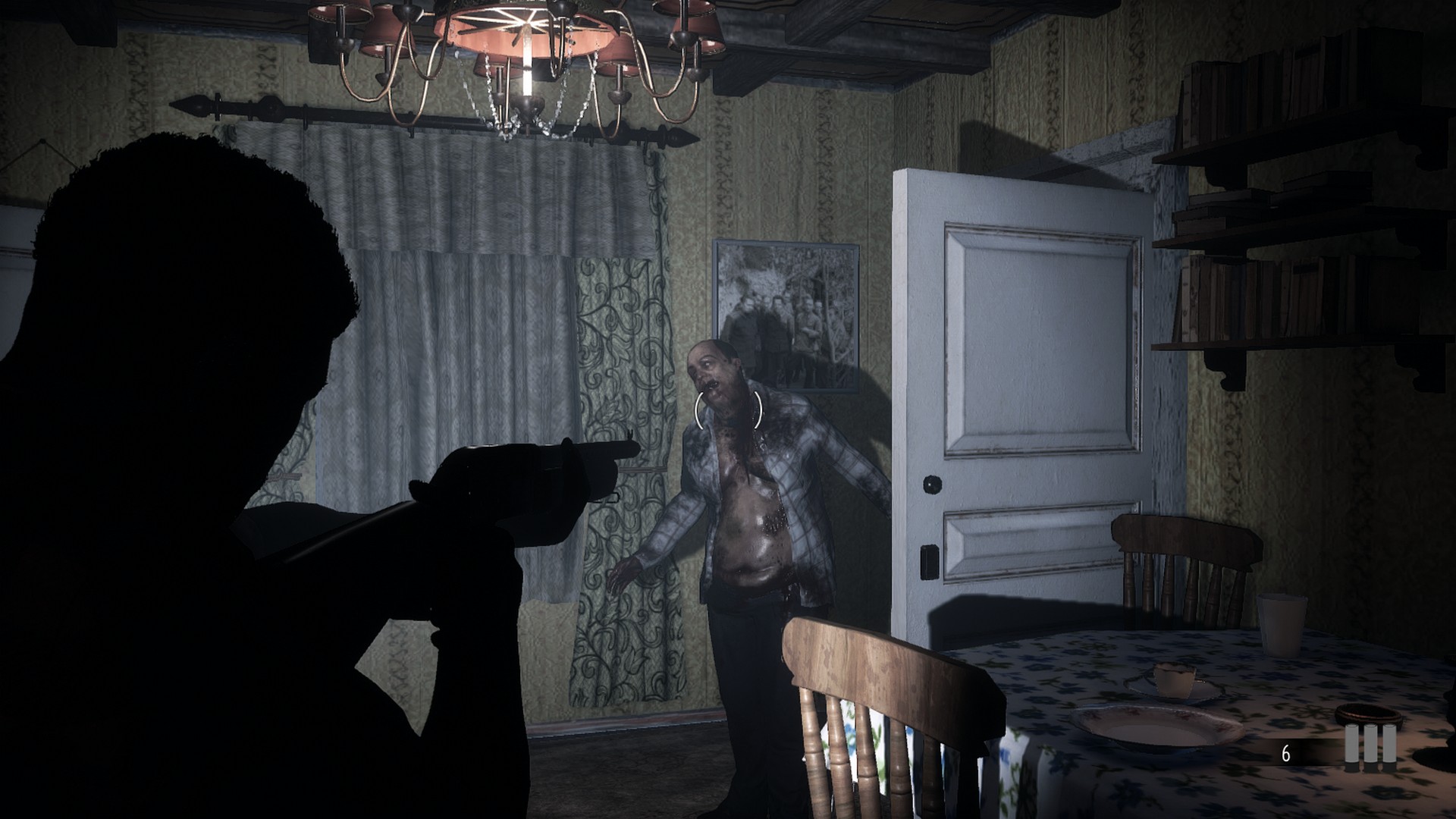 Even on the easiest difficulty, Daymare is tough. It’s problematic when you realise how much the game relies on placing enemies around corners to ambush you. This is especially true for indoor stages, where zombies regularly jumped out and surprised me. It puts a strain on your health resources when you must constantly heal from these unavoidable attacks, and overall becomes an endeavour that’s more frustrating than scary.

But in terms of scare factor, Daymare does a good job of building tension. The sound design is excellent, adding a touch of realism with all the random ambient noises you’d expect to hear in a small town. It’s very effective in indoor areas, where the creepy sounds create a feeling of unease as you’re unsure what may lurk behind you. From the zombies’ gargling growls to the low hum of an electrical generator, the dread is always there.

Some of Daymare’s biggest flaws come in its mechanics. There’s realism to the reloading system. Unlike many other shooters, each magazine has its own bullet count, meaning you lose any remaining shots in your clip if you reload early. I had a problem understanding how it worked exactly, as it never properly explains how to manage your inventory or sort between different ammunition types.

Accompanying the hideous inventory and tedious combat systems is the unforgiveable control scheme, which can’t be remapped at all. Overall, it feels like each of these are intentional choices to help solidify the ‘90s horror vibe it goes for, but just because something is purposely bad doesn’t actually make it good. Game design has progressed a lot in two decades, and Daymare is at odds with what it wants to achieve.