Want to plan for the apocalypse? Well first you’ve got to plan out your future ruined city. These roads can’t lay host to critical dystopian literature like The Road without your help. While it might seem like the last thing we need in this stressful climate is to inhabit a world where everything’s gone just as wrong as we fear, at least players can gain back a bit of control via organising the worst scenario. Right guys? Wholesome? Right!?

When we reviewed Rise of Industry back in May, we said of the base game: “This sort of game can be tricky to get your head around, but the difficulty settings here are thoughtfully designed. You have five main options to choose from plus the ability to customise the minutiae (…). This bespoke approach is laudable; the only downside is the transparency with which you’re inconveniencing yourself by choosing a more challenging setting.”

We gave it a fair but slightly underwhelming score of 7, but in this new setting can Rise of Industry rise up a little further? The new concept certainly separates the game from the city building pack. Here, the world has gone to waste, and you’re tasked with building around these new, rather large, issues. Instead of gathering natural resources, you’re “scaveng[ing] through the ruins of the past and min[ing] the valuable stores within”. Rather than the cosiest of homes, you’ll want futuristic houses with offshore algae farms. 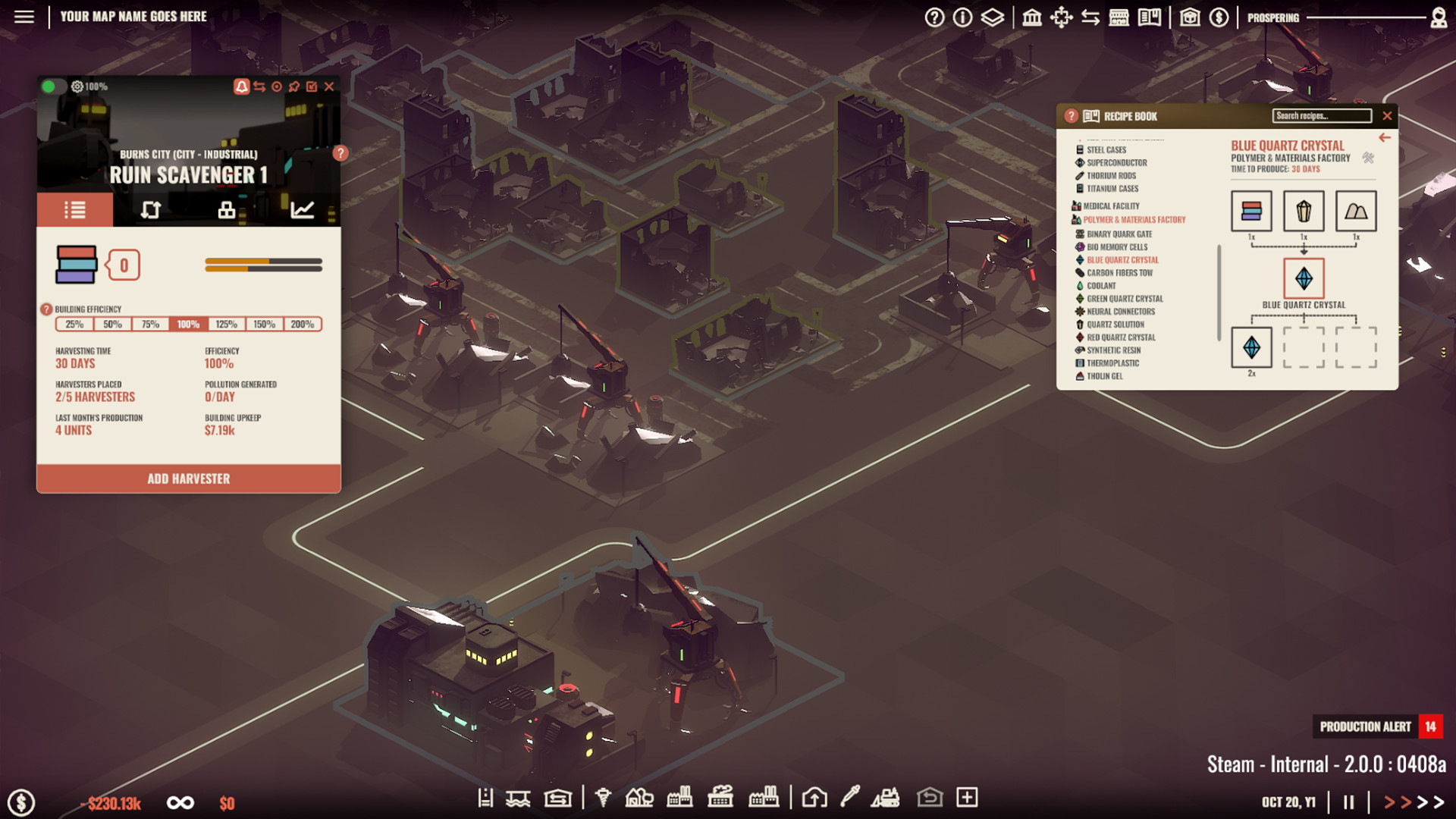 Everything you’ve grown used to collecting and collating in the base game is thus switched on its head, making loyal players of the first re-learn pretty much everything they know. It’s a really interesting concept for a game expansion which chooses to invert what the base game does rather than build upon it. It may be bleak, but it’s also instantly intriguing.

With difficulty in mind, it’s still probably not for players that haven’t figured out Rise of Industry already. This is still a tricky game. Never fear, however, as we’ve put a guide together to help you learn the tips and tricks. If you’ve got your head around it already, you can get Rise of Industry: 2130 now on Steam.

Unicorn Tails Is Skyrim For Seven-Year-Olds