Cloudy with a chance of explosions 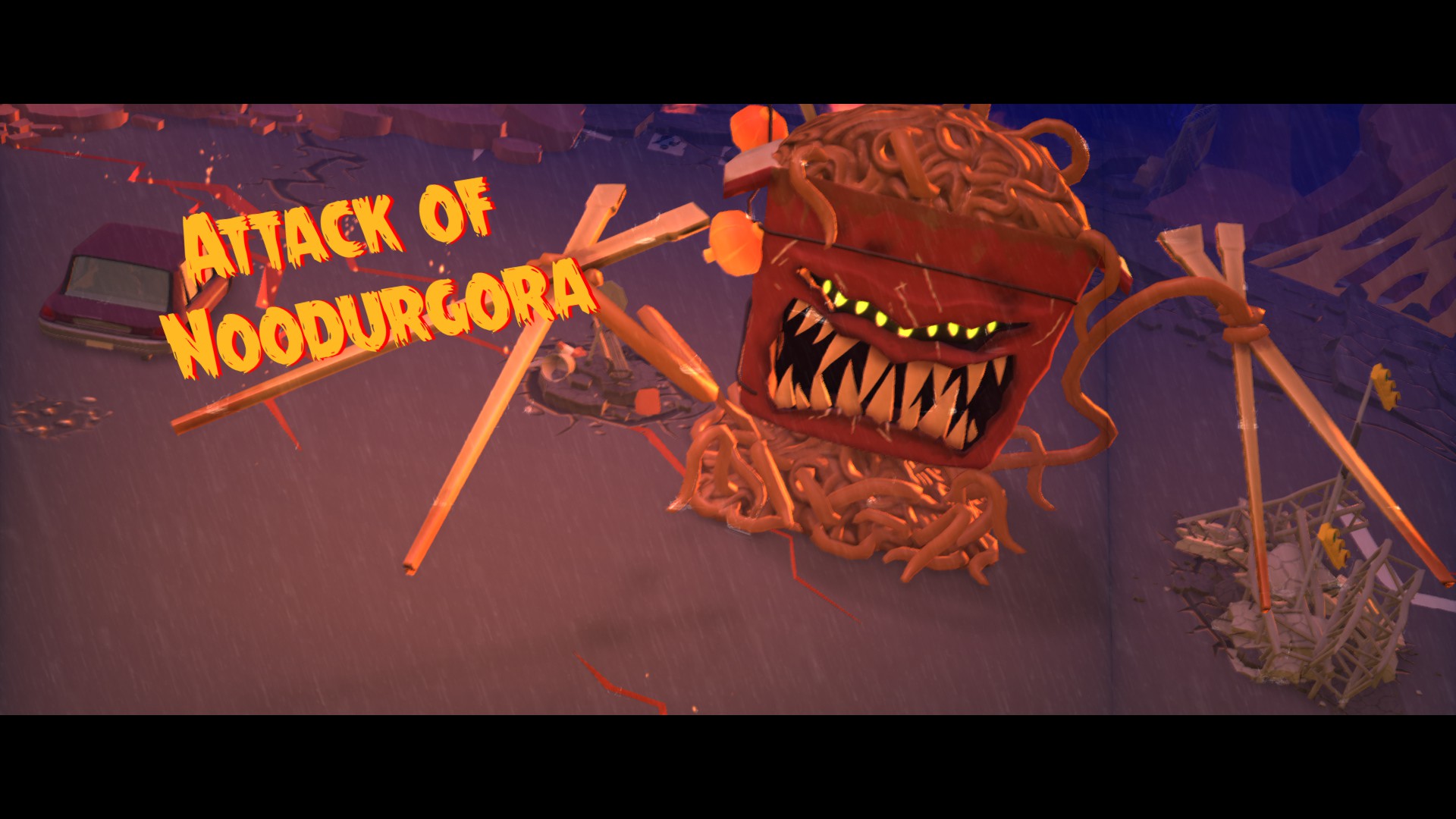 There’s a tone that’s struck throughout Nom Nom Apocalypse, a very particular tone that resonates throughout each aspect. It strikes true in the visuals, the theme, the music, and the design. This tone constantly and is monotone, grey, a rich tea biscuit if you will. A game whose design would almost look in fashion ten years ago but for the drab style it presents itself in. That doesn’t mean there’s nothing to learn from this game though!

Nom Nom Apocalypse comes from Deadleaf Games. It’s a top-down, twin-stick shooter the kind of game that Housemarque was making ten years ago with Dead Nation. The player enters a room where they are assaulted by hordes of enemies spawning from all over the place. The game is split into five separate stages, from apocalyptic streets to candy-covered schools, and there are a variety of characters to play as and unlock. Some sort of nuclear blast has taken place inside a diner, and all of the food has come alive, all of which is baying for your greasy blood.

The theme alone has all the personality of a teddy bear with the stuffing taken out: vacuous. Apocalyptic fiction really has its work cut out for it when we seem to be tipping ever closer to an actual apocalypse scenario in the real world. It’s wearying to see another horde based threat coming after the player. And having that theme centred around an American style diner is achingly B-movie with a lot less charm.

Is anyone else hungry? 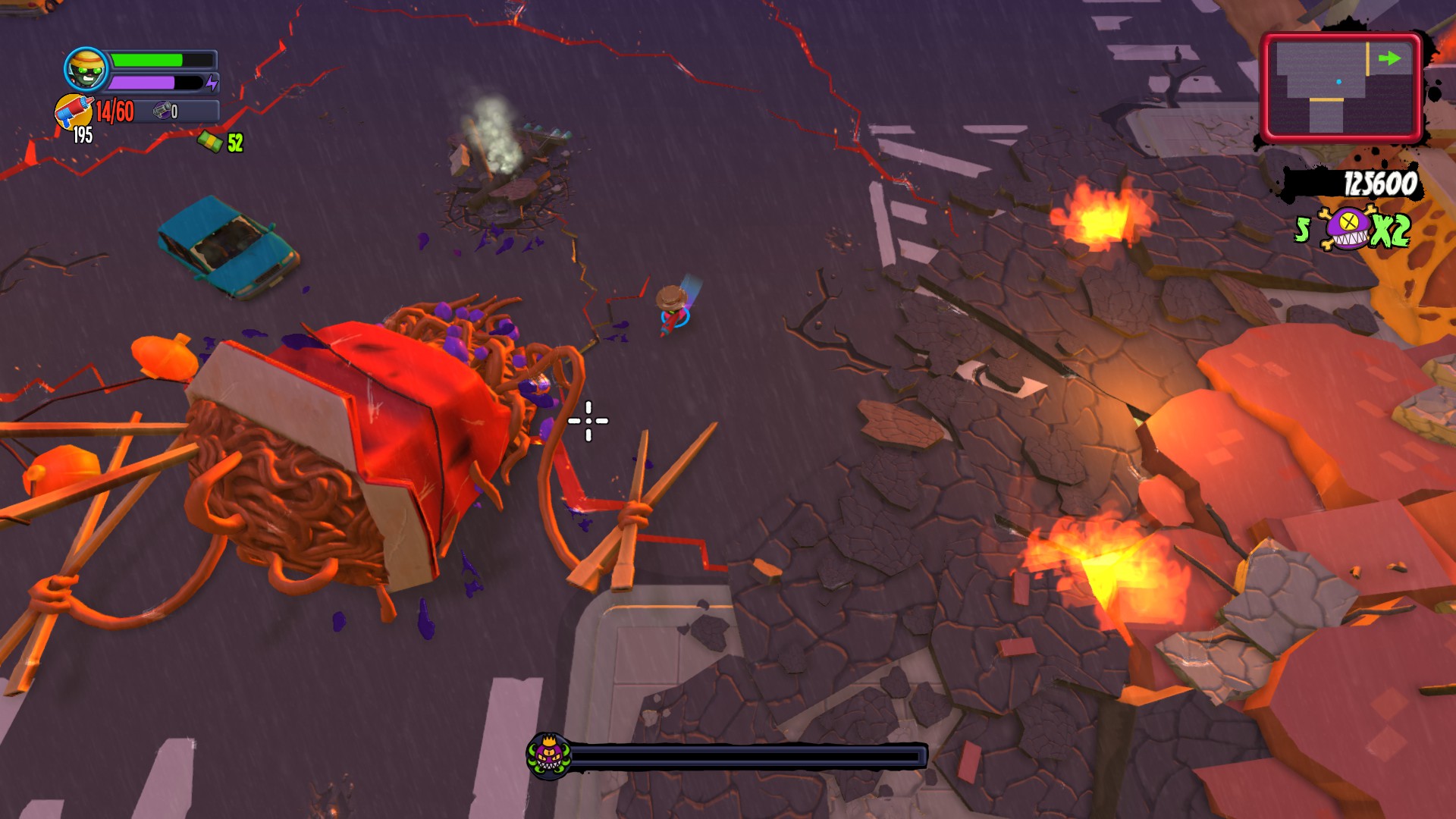 The one saving grace of this theme, and perhaps the only compliment that can be levelled at the game, is that the enemies are very well modelled and animated. From bosses to regular fries, there’s imagination on show here that doesn’t extend to the rest of the game. Bosses like Noodurgora and Pancakor are admittedly fun concepts with the former wielding giant chopsticks at the player. The sweet based level in the school has a giant gobstopper which sheds its layers the more damage it takes, so you can see these excellent bits of design throughout the levels.

There are some interesting ideas content-wise in Nom Nom Apocalypse, but they’re propped up by a theme and design that lost its flair quite a while ago. The game boasts procedural generation of its levels. But that isn’t a panacea to levels which are uninspiring in their base design. Levels are generally square or rectangular with a few obstacles strewn around. Spawn points for enemies are placed in some corners. But no matter the arrangement of the room, it doesn’t really change or liven up the experience, so it always feels repetitive.

The game has some roguelike elements such as permadeath and passive upgrades. You can have pickups float towards you, become invincible whilst dodge rolling, or regain health when activating your character’s special power. There are some perks which suggest alternate play styles like having floating teeth circle the player for luring enemies into close range. But it doesn’t really work with horde based combat. 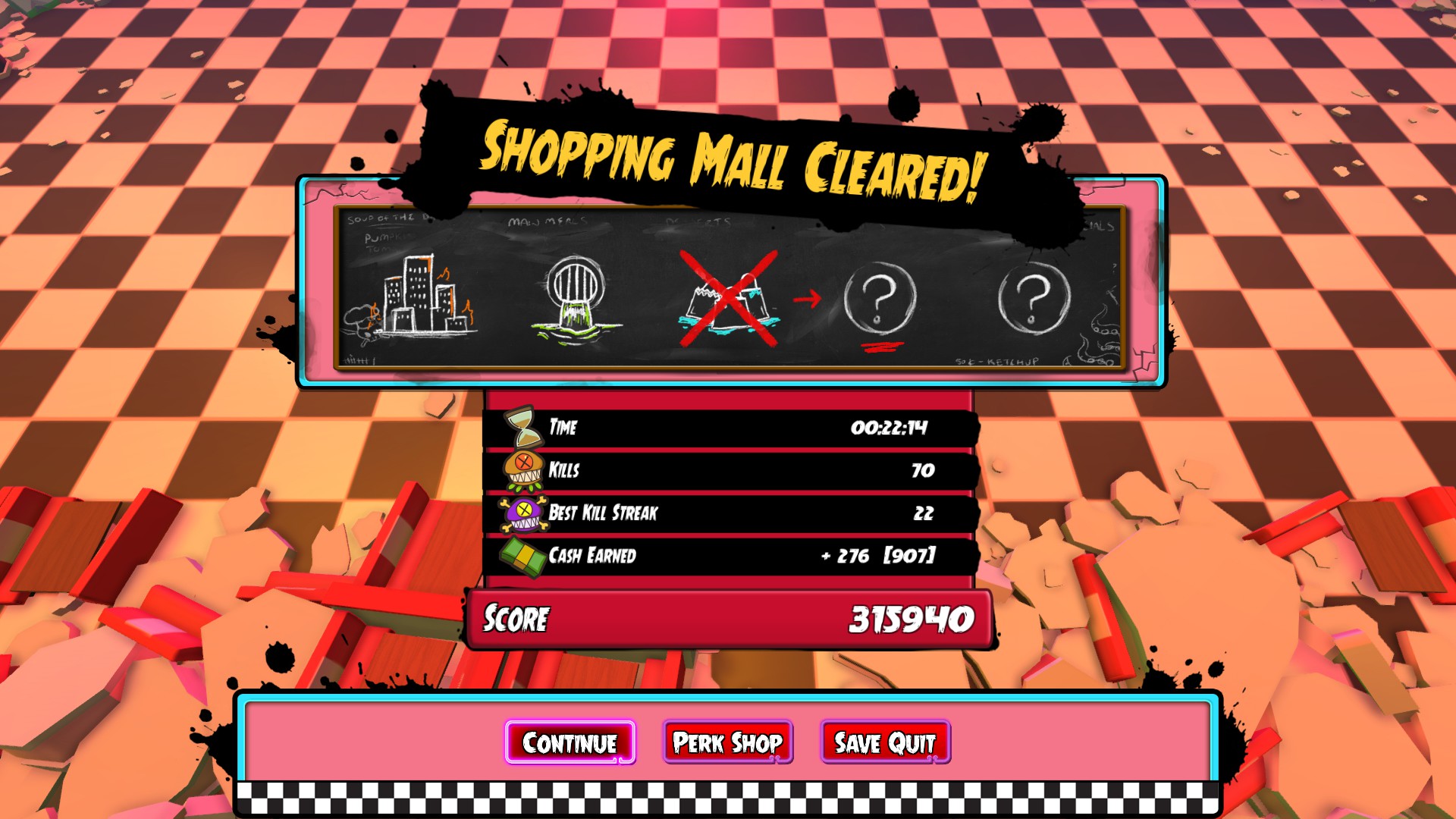 There’s a problem in shooter games like this, where the core loop is to run backwards in a circle, baiting the enemies whilst you fire rounds into them. It’s something that the developers of Doom (2016) did a good job of addressing by forcing the player into a closer range to get health and upgrades. Play became a dance between short and long-range with a variety of enemy types. In contrast, the design of Nom Nom Apocalypse only encourages a type of play that is tired in gun-toting arenas.

Some enemies fire projectiles at the player. Others chase them to explode. Some just want to take a bite out of you. These enemies might all do different things, but it doesn’t manifest in their behaviour, which makes you feel almost cruel taking them out. It really keeps to the ‘running-backwards-whilst-firing’ style quite religiously.

Nothing is truly seamless in Nom Nom Apocalypse. Not being able to use the D-Pad on a controller in the menu is frustrating. Swapping your weapon for another yeets it precariously away. The music is repetitive. The sound design lacks a real punch. What this all combines to deliver is a game where you can see each individual part operating independently.

The game doesn’t really have any unique ideas or ways to build upon this genre. That would be fine if the ones they did have were executed well, but this sadly isn’t the case. The monotony pervades every aspect of this game. And that’s a shame. You can see certain parts of the game trying to make an impression, but they inevitably falter. However, was there any real hope for an engaging experience if everything was executed well?