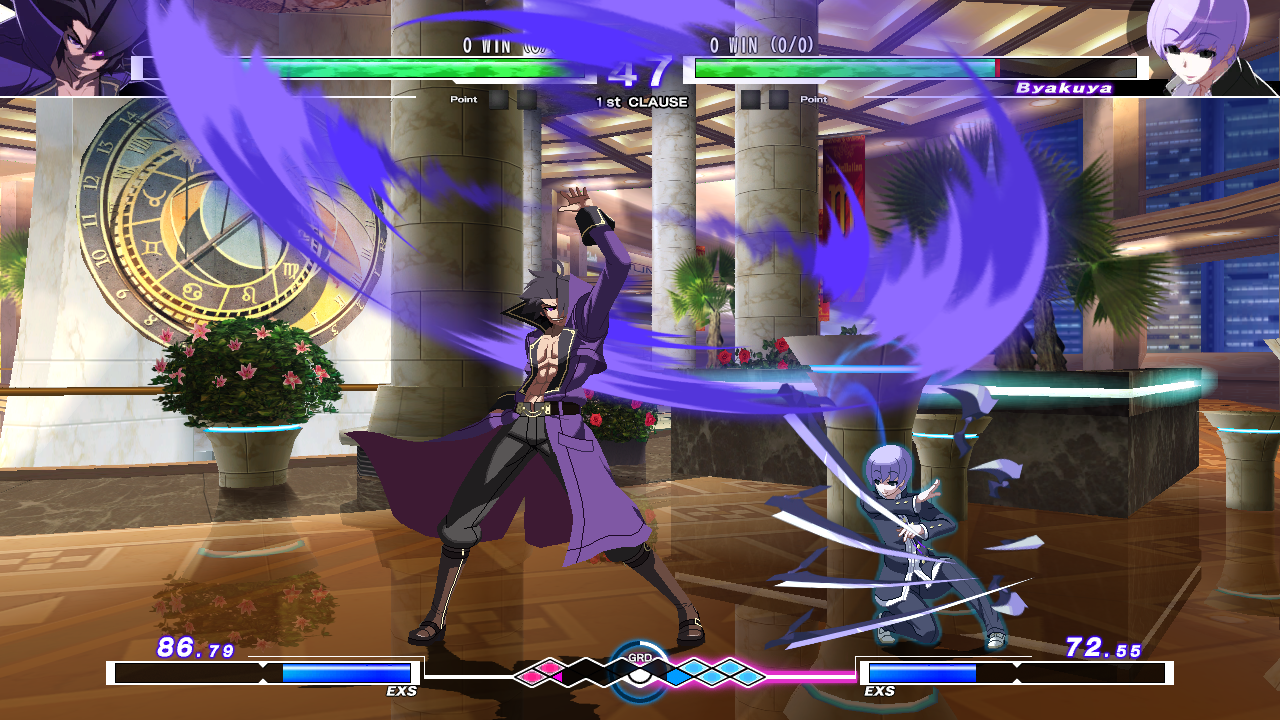 Sometimes games are unapproachable or seem a little too daunting because of deep lore, overly complex mechanics, or even just a very committed fanbase. Sometimes it’s none of those things, but just the name itself which induces a mild state of panic, Under Night In-Birth Exe:Late[cl-r] is one of those cases, which is a shame because it’s actually a good entry point into the series.

If you’re not familiar with the Under Night In-Birth series, and I don’t blame you. It’s a series that’s been around for a while but hasn’t really broken into the mainstream. It’s set in a fictional modern-day setting where something called the Hollow Night has been engulfing parts of Japan once a month for centuries. During these events, monsters called the Void to appear and attack people, leading them to either die, lose their sanity, or become something known as an In-Birth.

In-Births all gain supernatural powers, and they make up the colourful cast of characters you can find in the games. These range from your typical emo-fringed sword-wielders, to your brooding ninja bois, and even a weird monster with elastic arms. It’s a great selection of characters, with each one feeling very different from the others, making for a lot of interesting fighting styles and play styles as a result. 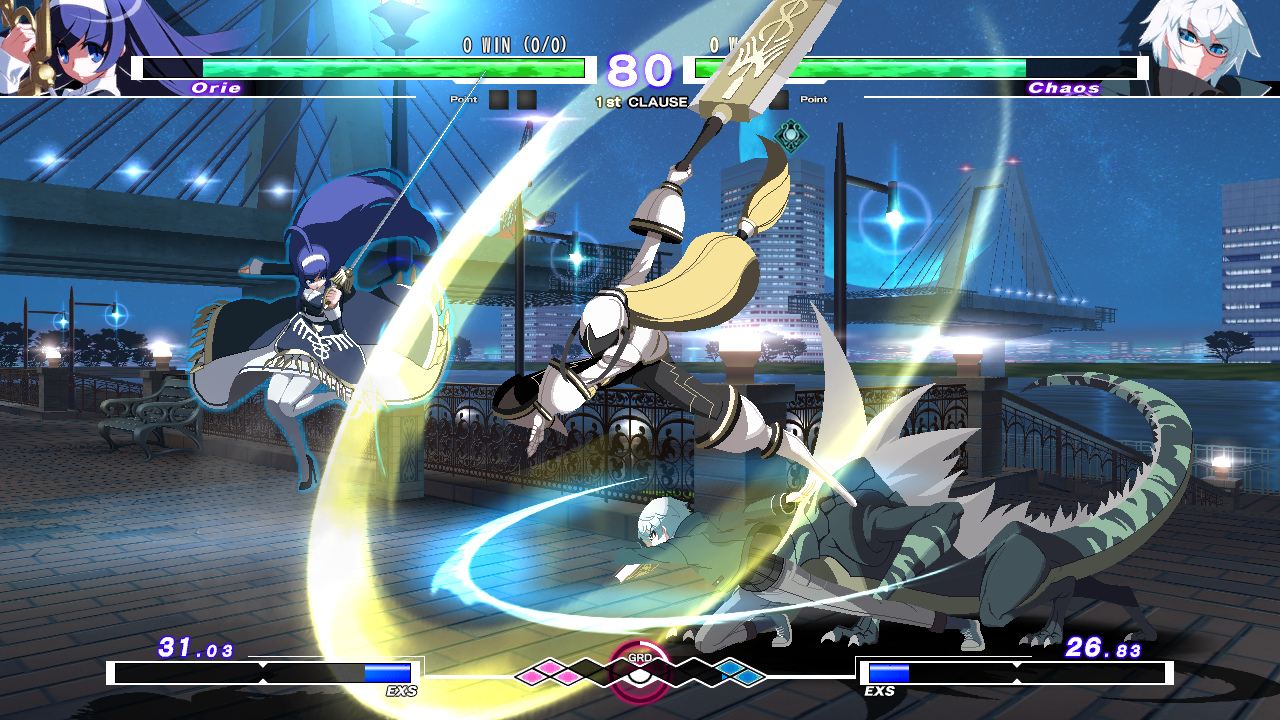 One of the things that really helps this particular entry is the intensely detailed training mode, which has well over a hundred different missions for you to try, plus plenty that are unique to each character as well. The aim seems to be to bring a new fan from the level of someone who has never played a fighting game before up to that of a pro. It’s an amicable aim, but the missions can feel very frustrating due to the demands they make of the player. They’re good, but don’t expect an easy time of them.

The actual fighting has the same simple combo system popularized by Dragon Ball FighterZ and then seen again in BlazBlue: Cross Tag Battle. This time though it feels less obvious, with it only working on your basic attack and not being available at different intensities based on which button you’re mashing. It’s a nice crutch to have available, but it feels like just that when you come up against harder opponents.

The combat feels good, moves are easy to pull off, attacks look great, and the pace of battle is constantly very high as you try and bait your foes into your special attacks and look for openings in their defence. It’s got a good tug of war feeling as you balance your various gauges and try and take the advantage from under your enemies feet.

A fresh new coat of paint 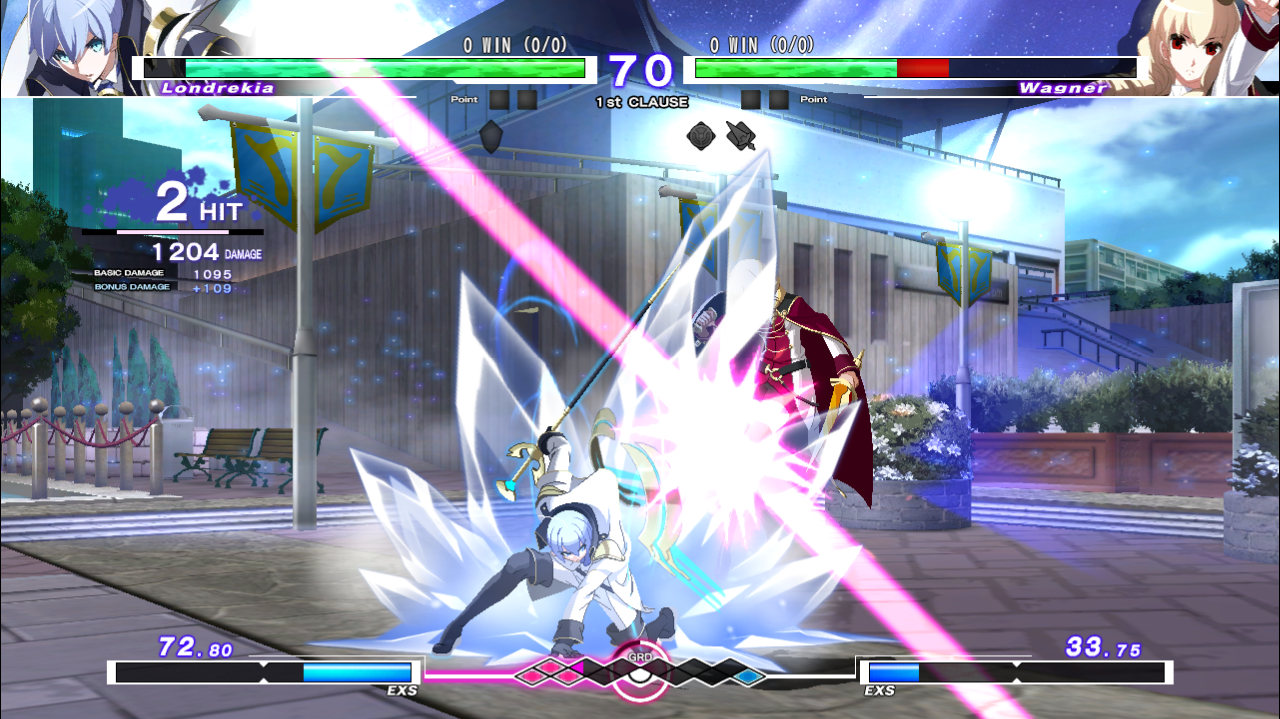 It all looks and sounds great too, though it’s hard to be unaware of how much cleaner Cross Tag Battle looks, but that’s not the fault of the developers, French-Bread is a far smaller team, and they’ve done good work here.

Overall, Under Night In-Birth Exe:Late[cl-r] is a good fighting game, one that should help any interested players into the world of In-Birth, and maybe even bring back a few lost fans. That being said, it’s also effectively a remaster with a couple of small updates, so it stings a little to see it out in the world as a brand-new game. This is a great pick up if you’ve never played the series, but a far harder sell if you’re a long term fan who has bought every entry in the series so far, though you’ve probably already bought your copy if that’s the case.

Jason was the Editor of The Indie Game Website. He's a lover of roguelikes, soulslikes, and other kinds of likes. He basically spends a lot of time getting beaten up in games and seems to enjoy it.