This Strange Realm Of Mine Review

Existential horror and a bit of the classic stuff, too 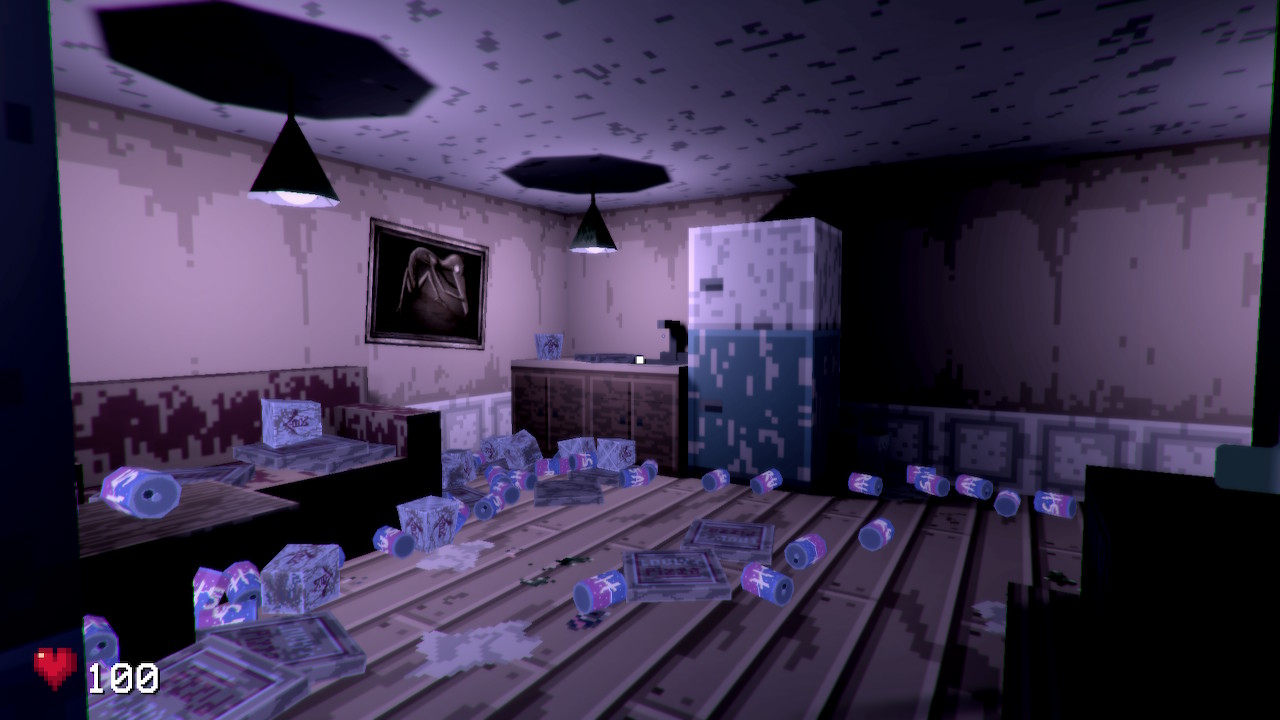 As strange as it feels to put 1994’s Doom and 2015’s The Beginner’s Guide in conversation, I can’t think of a better way to describe the odd experiential melding that happens in This Strange Realm of Mine. The latest title from one-person development outfit Doomster Entertainment is now available on Nintendo Switch after releasing on Steam back in 2017. And if you’re in the mood for some classic 90’s iD Software run-and-gun with a considerable dose of philosophy, this might be the perfect fit.

The game begins by informing you that you are dead by having you create a character and then promptly throwing up a “The End” title card. But death is not as final as we conventionally believe. In fact, what comes after your untimely end, as explained by the barkeep in the sanctuary of your imagination (we’ll get there), is your consciousness accepting and internalising the death of the physical body and the separation of the elements you once considered a whole being.

And I haven’t even mentioned the guns.

How low can you go? 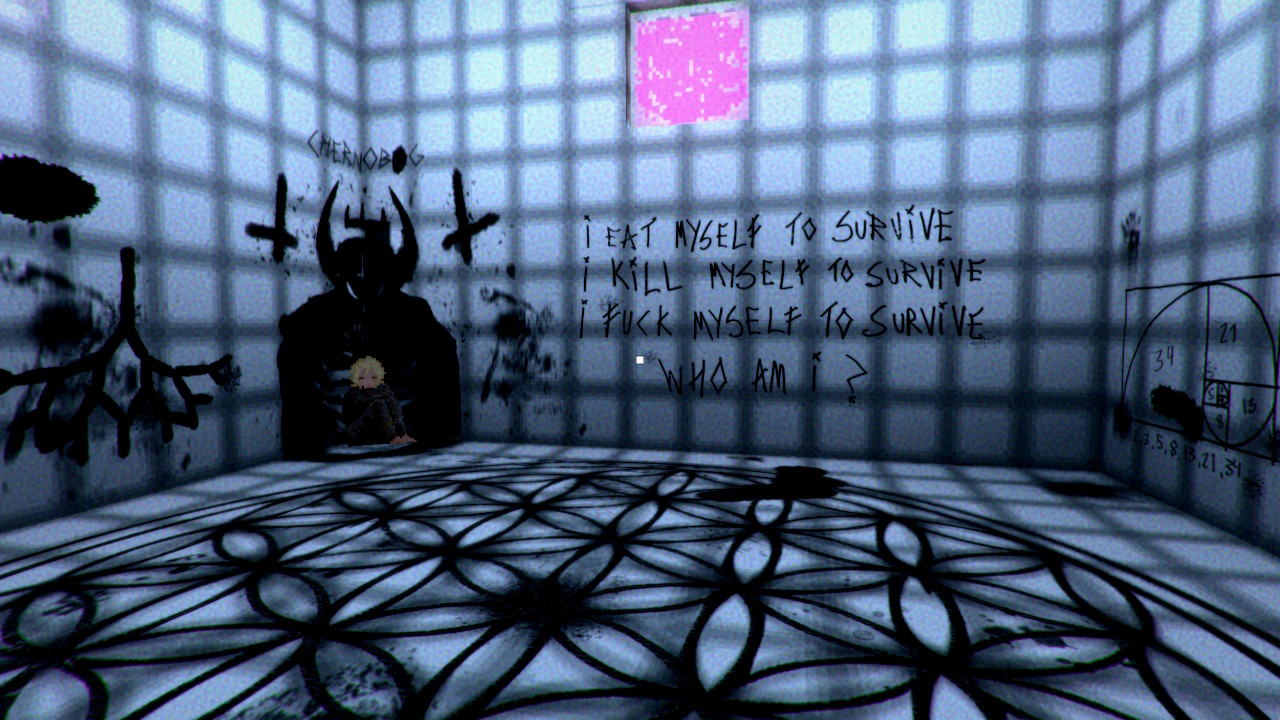 This Strange Realm of Mine alternates between a space called Tavern Limbo, which delivers exactly what’s advertised, and the darker corridors of your mind that are plagued with doubts, hatred (self and otherwise), regrets, and all the other emotional baggage not neatly squared away before expiring. These manifest as more system-focused sections styled after older game genres: classic FPS corridor gunning crops up the most often, but expect to see 2D and 3D platforming, topdown space shooters and others as you sift through a mind coming to terms with whatever’s next.

Enemies in these spaces are all 2D sprites, further highlighting the Doom inspiration, but the environments hew closer to a recent indie style of chunky, low-res models more often seen in titles like Paratopic and most anything by Kitty HorrorShow. Though the tone shifts wildly between sections, carefully crafted locations do much of the work immediately subsuming you into what’s to come. It’s a feat to make a transition from oozing dungeons to a cloud world with flying purple whales feel natural.

Subtlety is for cowards 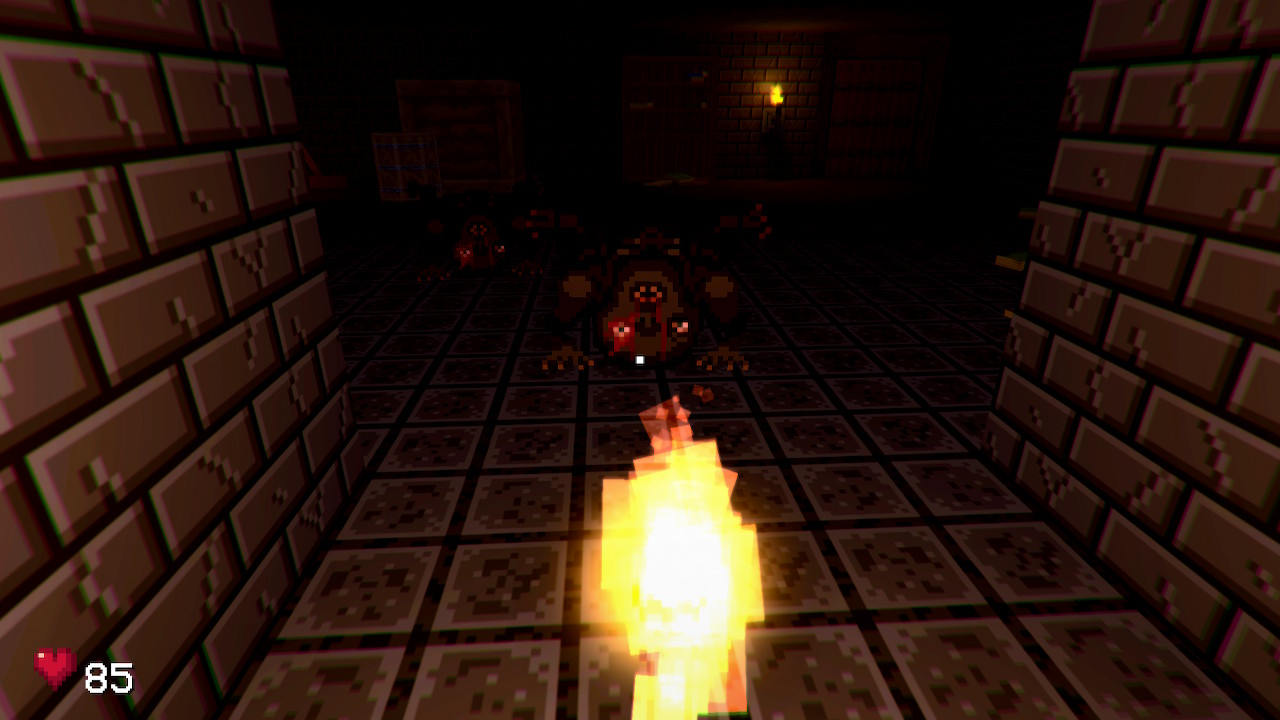 But let’s get back to why I can’t stop thinking about The Beginner’s Guide, a game many read as an artist grappling with their own professional self. This Strange Realm of Mine’s plot is primarily delivered through dialogue with characters that are explicitly explained as figments of your own mind, yet describe to the player character their worldview and how overcoming personal crises shaped it for the better (your character is often uncomfortable by this level of emotional honesty). Each map becomes successively more sophisticated in mechanics, art design or narrative load bearing as the game progresses, running parallel with the plot’s unfolding truth. It also reveals a growing fascination with philosophy and psychology, especially that of gestalt therapy, via quotes on walls, loading screen poetry and much of the structure of the third act twist.

Nobody would accuse This Strange Realm of Mine of being too subtle, but the stark honesty that pervades every decision can’t help but feel like an invitation into someone’s psyche. It is earnest to a fault and often plays with ideas too cumbersome for a 4-hour playtime. It has a preoccupation with religion, society, and politics, specifically the damage those institutions do to an individual, but in the same way Green Day’s American Idiot was a scathing takedown of the Bush Administration.

We have the biggest thoughts 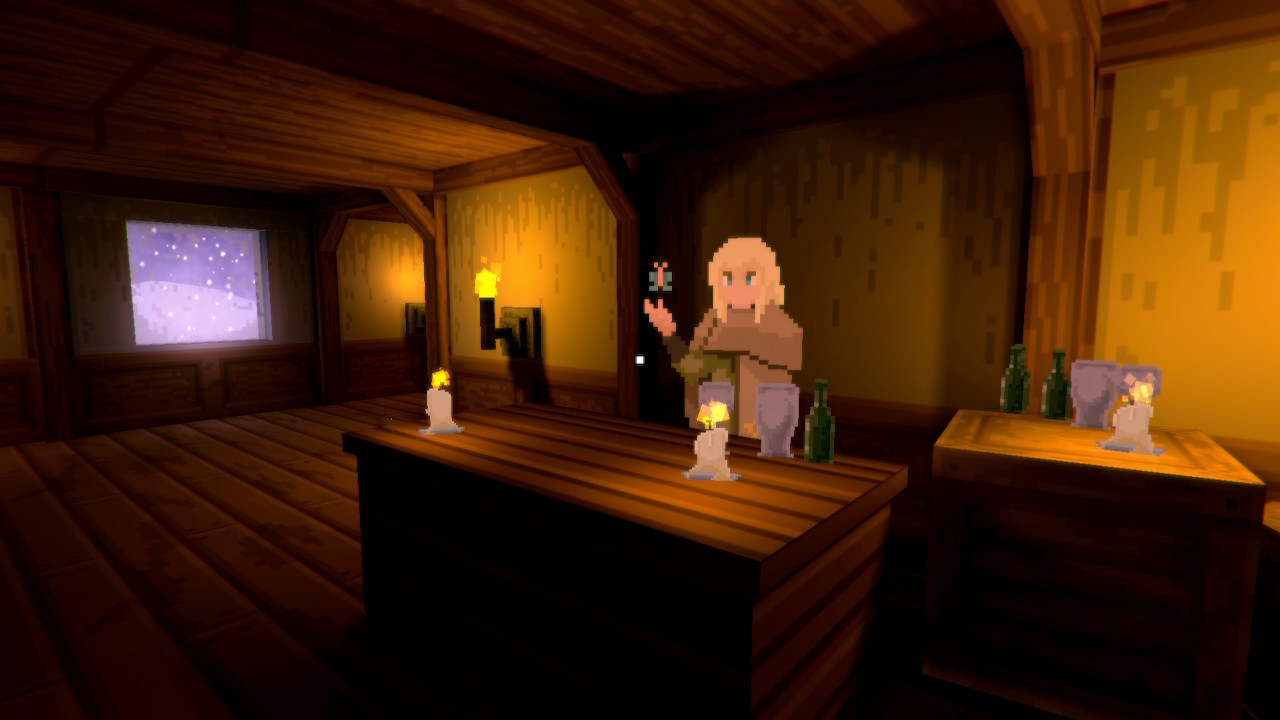 As much as I enjoyed the breadth of mechanics, it sometimes felt like an excuse to include as much as possible in a spaghetti-at-the-wall approach to design. And certain parts of the game became exposition dumps, losing all of their charm or threat when forced to deliver three straight minutes of critical dialogue. The ending section largely missed for me; I won’t spoil anything here, but the revelation felt rushed and like the game suddenly became interested in introducing an antagonist. I’d much rather it stuck to its unconventional structure and kept things weird.

But I ended up quite liking This Strange Realm of Mine, perhaps because of the blemishes rather than in spite of them. The imperfections were reminders that this game could very well be an emotional treatise of someone who is still learning and growing. It felt like something I would have made as I was first encountering ideas that rocked the foundations of my understanding. Like The Beginner’s Guide, the narrative framework sometimes feels like an excuse to admit Big Thoughts to whoever will listen, and if we cannot use our art to do that, what’s the point of it all?

Soulborn Is A Norse Legend Of Zelda