Send in the drones

Send in the drones 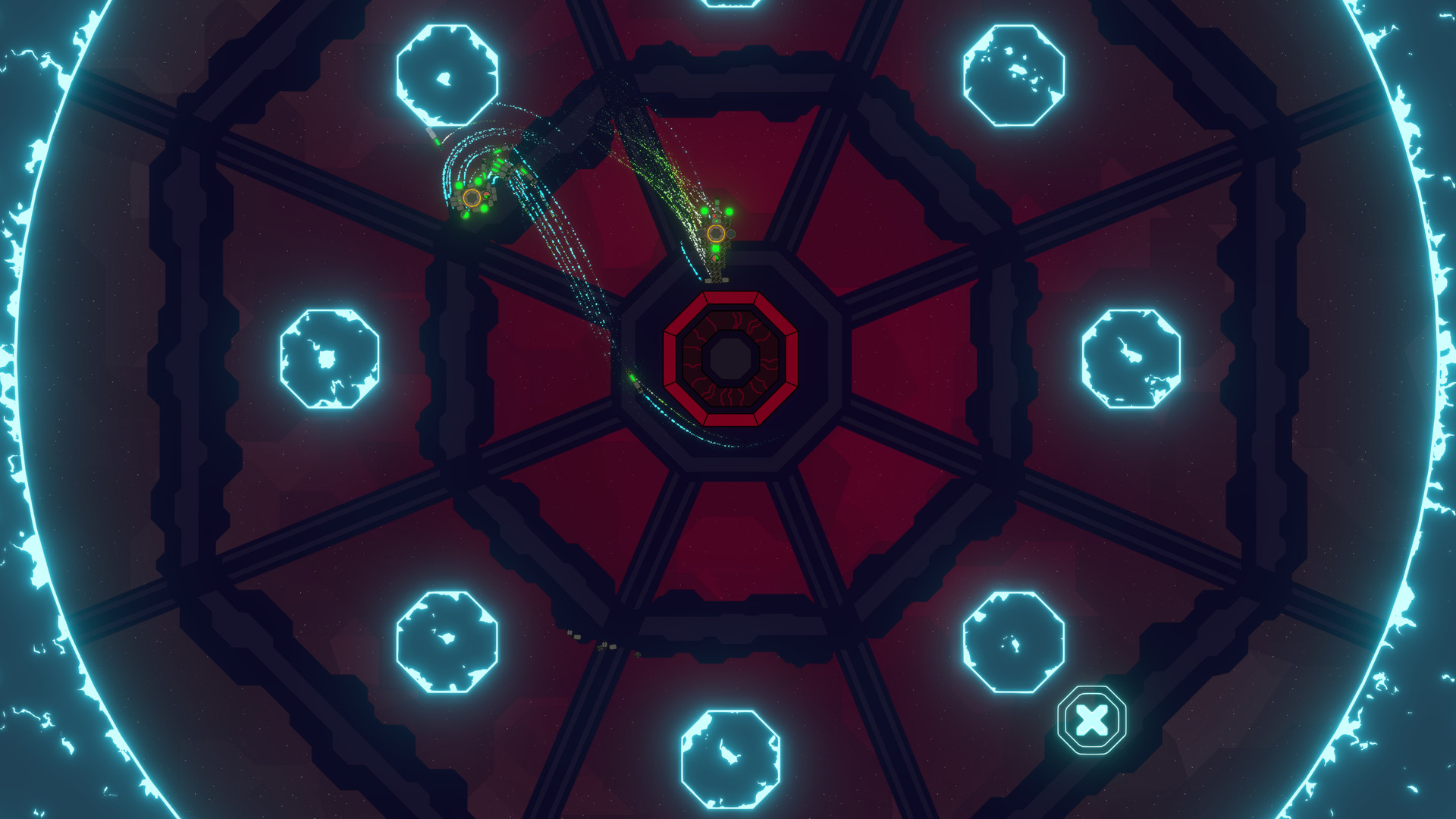 My Nimbatus experience is a tale in two parts. The first of these involved starting a new single-player game in what I anticipated would be the crux of what Nimbatus has to offer.

The premise behind Nimbatus’ single-player component is a fairly simple one. You pilot a mobile drone factory, introduced with a bright Saturday Morning Cartoon style cutscene, fleeing from alien forces that promise to eviscerate all you hold dear.

The Wonders of Automation 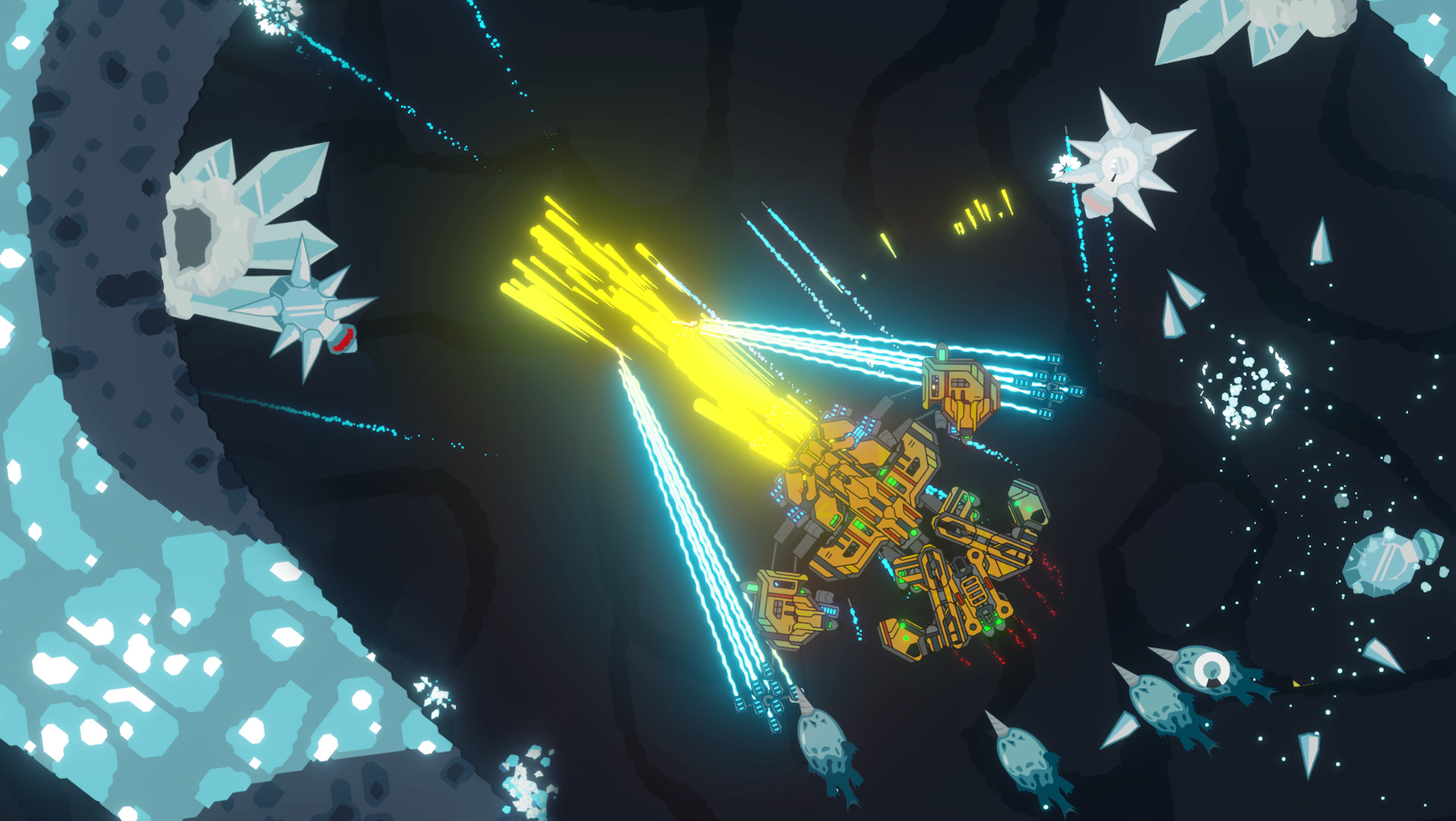 This mode is split into several systems with a wormhole that warps you into a new cosmos. The planets themselves then serve as self-contained levels, miniature zones in which to practice your drone construction.

There’s little to excite in the individual missions themselves. It’s typically a variation on destroying something or finding something specific to destroy. Sort of like the mission structure in Banjo Kazooie Nuts & Bolts (a woefully underrated vehicle builder that I shan’t hear a bad word said about) but without the bizarre cast of characters or slight variations that make each challenge interesting.

It’s also really, really hard. The missions might get infinitely more interesting later on, but I wouldn’t know because I can’t reach them.

That’s by no means a failing of the game itself; it’s my utter failure at designing anything functional. The drone building system is brilliant; it turns out I am not.

How To Build a Drone 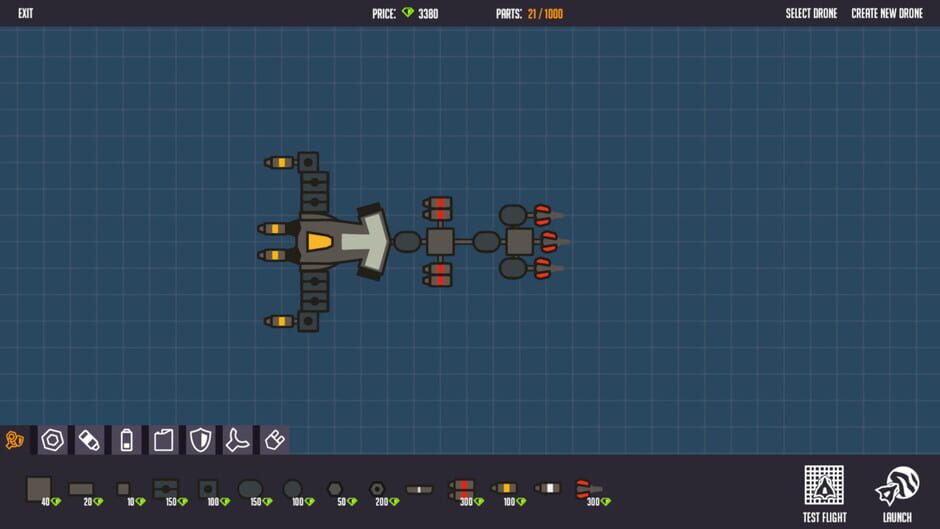 All drone builds are built on a grid with a linking system that allows for precise placement of weapons, thrusters, fuel tanks and more. But the real intricacies lie in remote drone design. There’s a whole row full of switches, buttons and other trinkets which can be used to make your drone move independent of your input. Just don’t expect the game to teach you how to do it.

Nimbatus takes an absentee parent approach to preparing you for building its drones. The eight tutorials that are there are vague, and that’s all the help you’ll find when it comes to construction. Because of this, drone creation demands patience. You’ll watch your drone pitifully fail to keep itself airborne or fly endlessly around in circles before you succeed in even the most basic feats of navigation.

Basic navigation is, however, something I managed, after an ungodly amount of effort, and I felt like Turing cracking the enigma code, which brings me onto my second phase of playing Nimbatus. 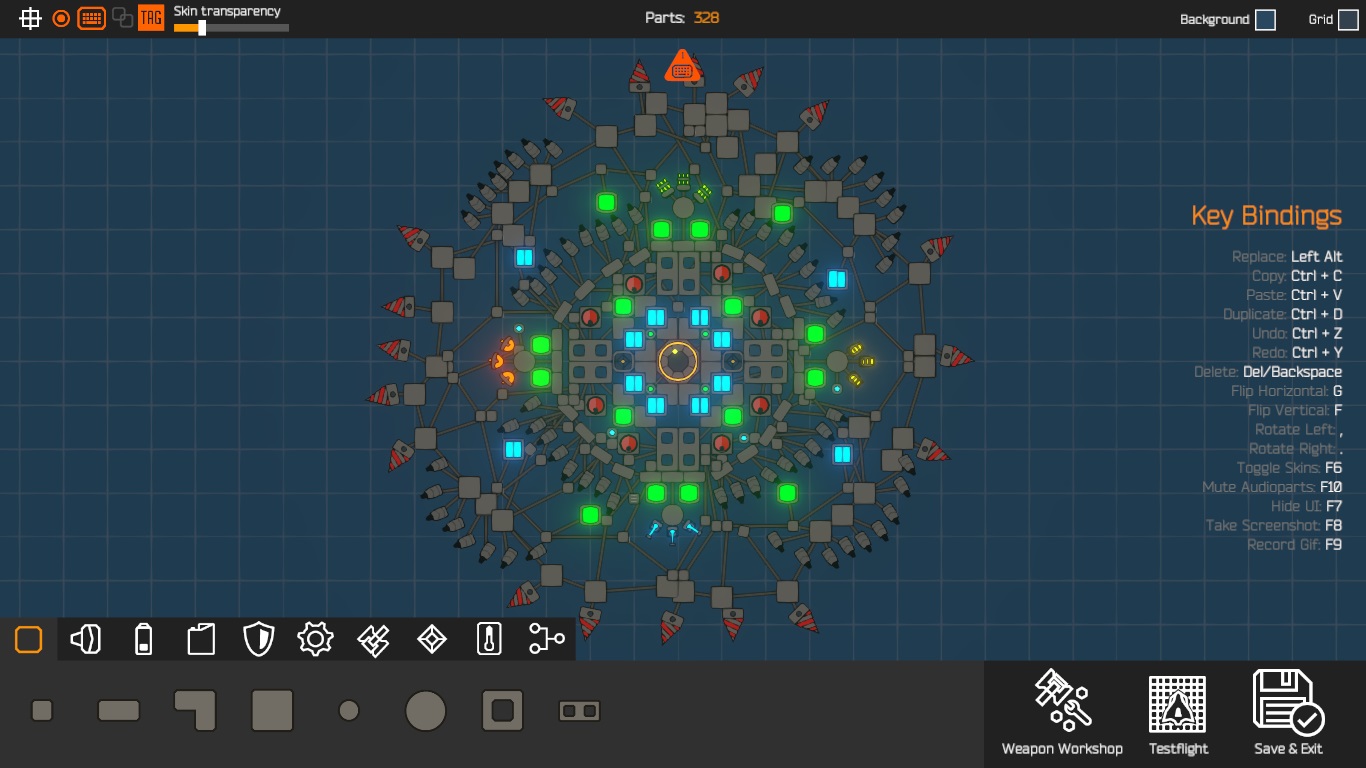 I decided, after spending about three hours in the second area of the single-player mode, that I’d try the sandbox option instead.

This is where I created the above; I call it The Malcontent Orb. It earnt me the “Big Boy” achievement for building a drone with over 100 parts, and I couldn’t be prouder. Plus, it can actually move in four different directions. Almost.

The pride I felt in building The Malcontent Orb deflated somewhat on a scroll down Nimbatus’ Steam page where some genuinely impressive creations are showcased, but still. The Malcontent Orb was my own miserable, poorly optimized creation, and that was enough.

I Built This Suit of Armour With Wooden Arms 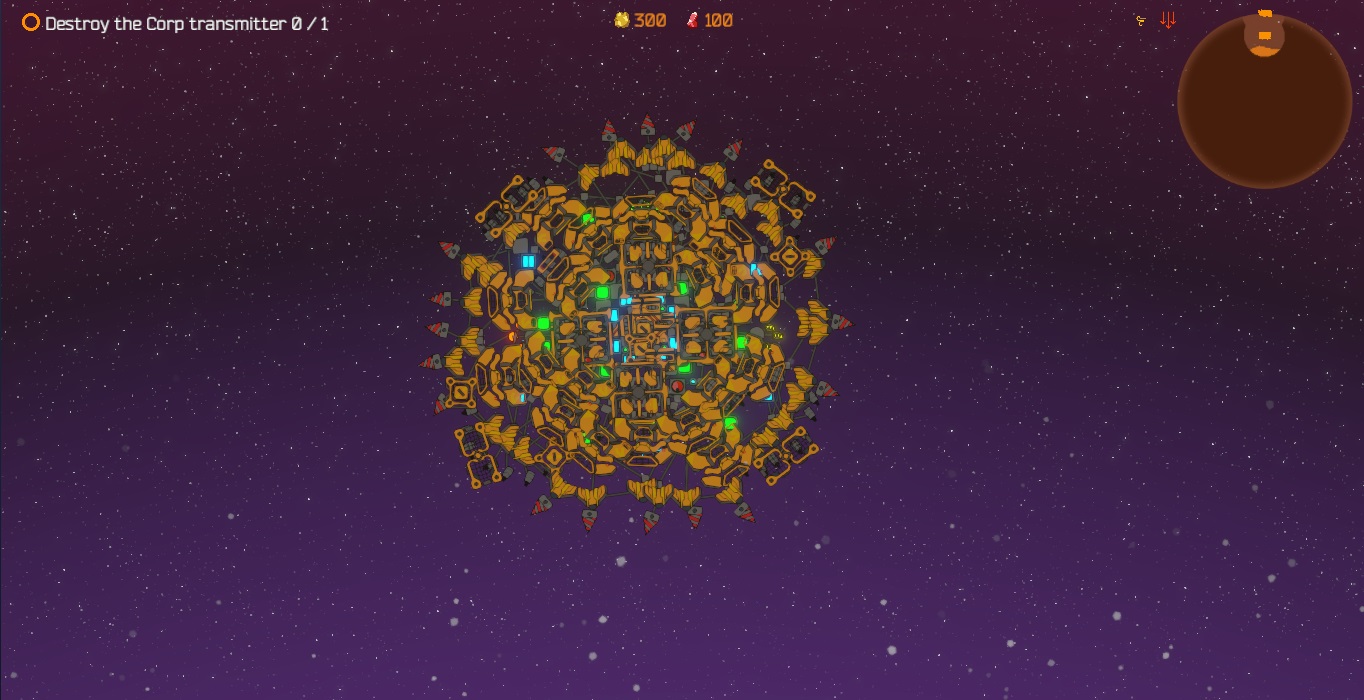 I did try to enter The Malcontent Orb into the multiplayer contents of Nimbatus, but unfortunately, all of these modes demand that you build an autonomous drone to participate. I refuse to tell you how long it took me to make The Malcontent Orb, let alone estimate how long I’d have to spend to get a semi-functional autonomous drone onto the starting line to watch it obliterated.

The multiplayer part of the game could benefit from a spectator mode though, as I’d have liked to have relived my Robot Wars obsessive days of yore, rather than be locked out of the mode entirely due to my ineptitude.

I enjoyed my time with Nimbatus, even though it’s been made for people far more capable in design than I am. If you’re one of those elusive professional Minecraft architects or someone with a penchant for computing, Nimbatus as a tool is a real achievement you should invest in.

Meanwhile, I’ll stick to watching The Malcontent Orb as it drifts slowly through the universe and slowly drifting, soulless and accursed, into the abyssal nothingness of pixelated space.