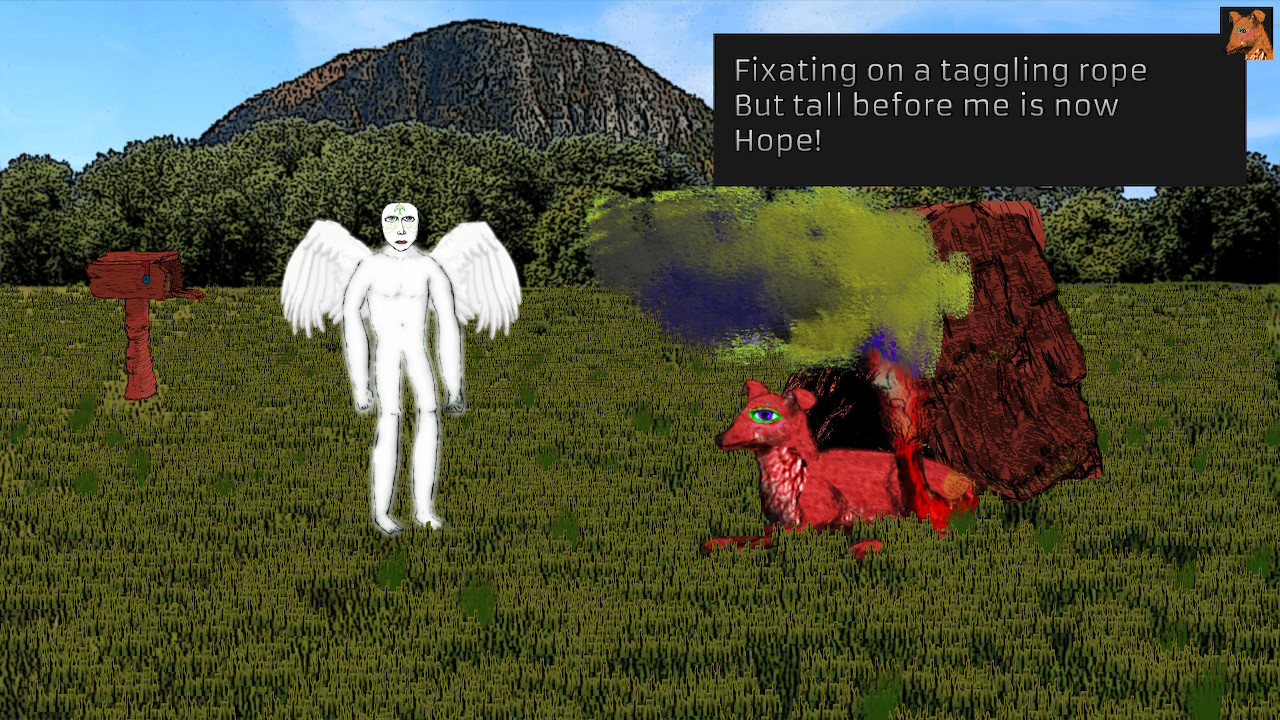 A lot of puzzle games aim for this zen state of mind: of mesmeric visuals and hypnotic music to lure you into a flow. Infini, though, is nightmare fuel.

The premise at the core of its gameplay is an intriguing one. You play as the personification of hope (more on that later) who constantly falls down the screen, hits the bottom and then loops round to the top. You’re tasked with guiding Hope through increasingly elaborate maze-like levels towards the exit portal without a single touch of the walls. 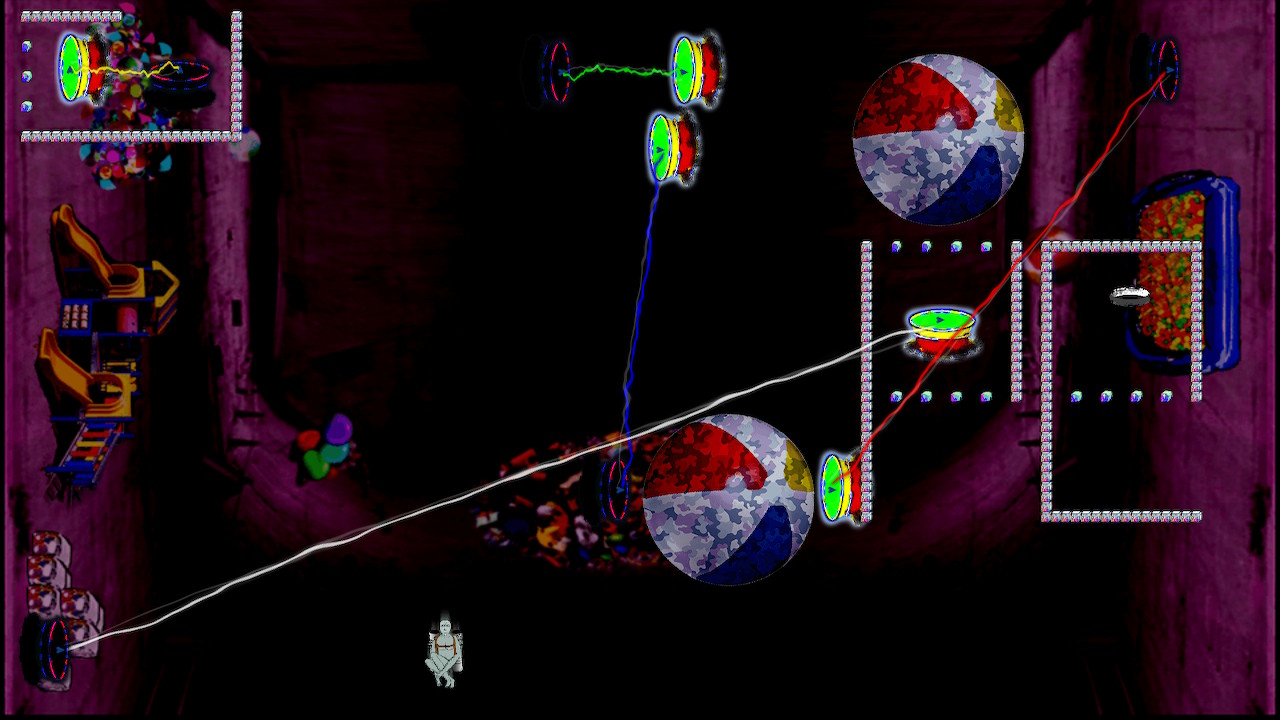 It seems simple enough, but Infini swiftly rises in complexity. The sides of the screen loop just as the top and bottom do; it plays with your perception of the game space and cleverly tasks you with comprehending the world outside of the screen. Each of the game’s ten sets of levels adds a new ability, be it slowing your fall, stopping altogether, flying upwards on angelic wings, or controlling the velocity of a jet pack. Developer Barnaque certainly gets plenty of creative mileage out of each concept, each steadily rising in difficulty.

Most cunning of all is the ability to zoom out. Depending on Hope’s position, you can alter the direction of the zoom, causing walls to disappear off the screen and new paths to emerge. Despite never feeling fully in control of the zoom direction, these levels are Infini at its best with their smart use of perspective. Some awkward controls and difficulty in judging off-screen movement mar the gameplay a little and the odd stumble upon a solution negates that elusive ‘a-ha!’ moment.

All of these levels are held together, very loosely, by the game’s story. Hope, you see, is lost in infinity, perpetually falling and never moving forward – at least not without your help. It is, perhaps, a meditation on modern times that adds some meaning to your otherwise simple goal. Throw in some other personified characters – a dog named Poetry, for instance, and an old man named Peace – plus a confusingly fragmented non-linear story, and the philosophical appeal starts to seem baffling. In its reliance on allegory for meaning, the narrative is frustratingly ambiguous. 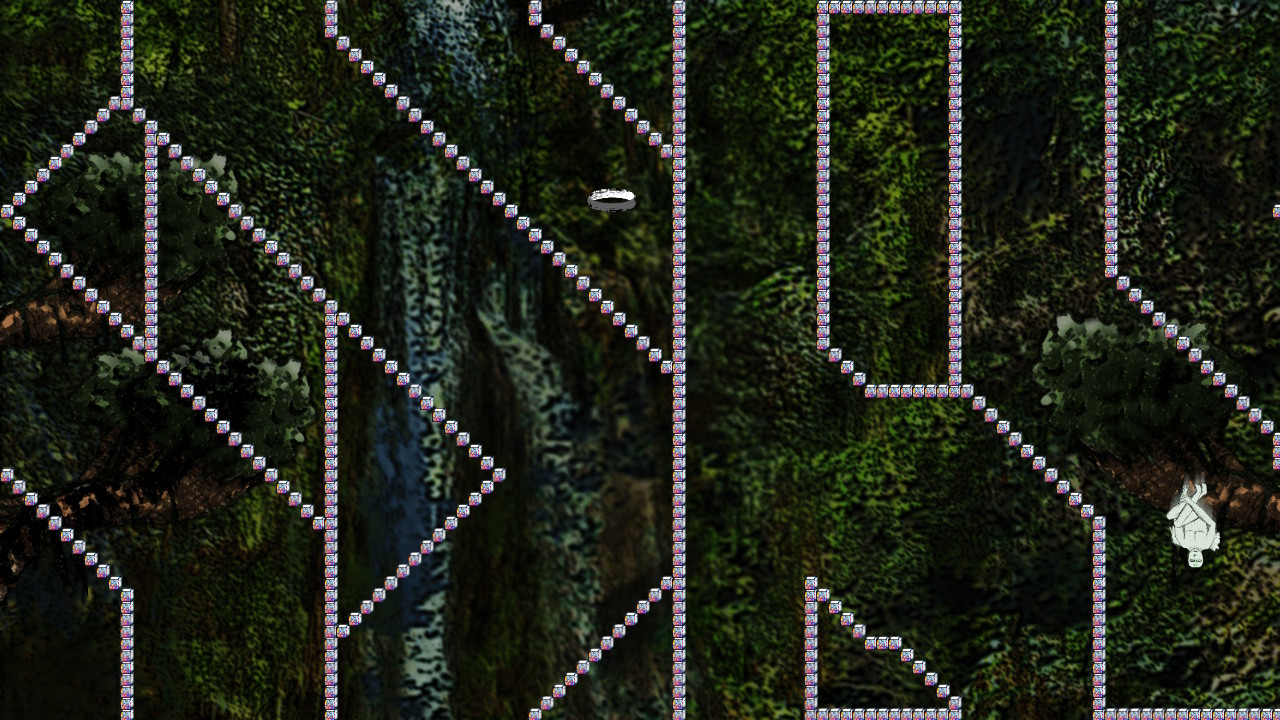 The visuals are almost as bizarre as the plot. Character designs are all trippy humanoids with purposefully stiff animations, while backdrops are busy enough to cause eye strain and obscure your goal. The music, meanwhile, is terrifying: what is meant to be zen is instead anxiety-inducing, with its gongs, strange effects and alarming, industrial sound design.

The result is a game that feels like a low budget art school project with presentation that makes playing a chore. Just like Hope, we too are trapped in an infinite loop of offbeat and unnerving psychedelia. It’s enough to make you feel hopeless.

The plot is meant to feel uplifting as hope is, literally, restored and trauma overcome. But it all feels too downbeat and too open to interpretation to make sense. What for some might be an intriguing journey of discovery was for me a baffling, meaningless grind.

Bug Out In A Surreal World In Metamorphosis