Ary And The Secret Of Season Review

Like so many action-adventure games, Ary and the Secret of Seasons is indebted to the Legend of Zelda series. Sadly, it fails on almost every level to come even close to matching Nintendo’s classics.

Let’s start with the good. One thing the game nails is its adventurous spirit. Following a storybook introduction and an opening inspired by Mulan, young Ary is sent on a quest to defeat an evil mage and rescue her brother. Giant crystals have caused the seasons to be disrupted, so she’s tasked with becoming a legendary hero and wielding the power of seasons across four themed temples. It’s all done in a cutesy style with a rousing orchestral score, slapstick humour and pun-filled dialogue just on the right side of childish.

That’s heightened by Ary’s size in comparison to the world that feels at times like Toy Story as she leaps through oversized towns and dungeons. Yet for its size, the world is empty with little reason to explore and few secrets to uncover. An empty world, though, is the least of the game’s problems. 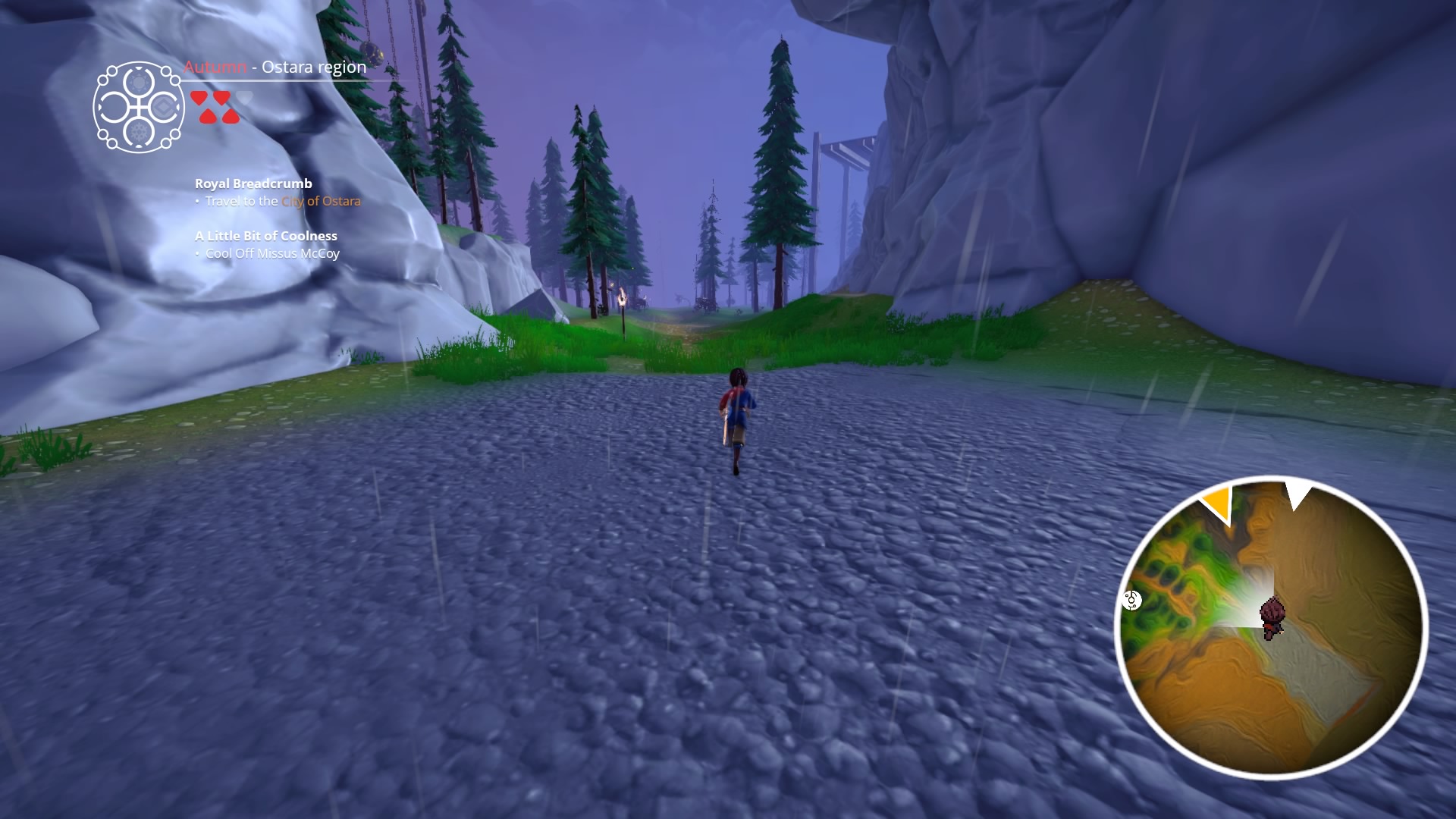 The game’s structure follows the typical Zelda template, but neither the overworld nor the dungeons live up to their potential. Fetch quests are abundant and largely pointless: one in particular tasks you with finding a lost sheep, following waypoints only for the quest-giver to discover the sheep was right behind them all along. Combat, meanwhile, is a basic button-mashing affair against repeated enemies, though the musical feedback is a nice touch. Worse, there is zero incentive to engage in combat, meaning 90% of the time it can be completely avoided. An upgrade system also exists but is entirely missable.

It’s in the dungeons that the game does show some promise. Ary’s ability to wield the seasons might be stolen from Capcom’s Zelda title, but it has some interesting (if simple) implementation: from vanishing water levels to climbable vines and icy platforms appearing in mid-air. Combined, there are some tricky puzzles, though they’re less complexly designed and more convoluted without clarity. A lack of map and unreliable controls don’t help, plus platforming sections are made needlessly difficult by a floaty jump and no character shadow to assess positioning. And where Zelda flourishes in its rising tension towards a boss, here the pacing is sluggish, and the mechanical golems sometimes don’t even fight. One example against a birdlike creature is more inventive and gives the game a Shadow of the Colossus-stye moment with its mix of platforming and combat. It would be fun, if the game didn’t glitch out repeatedly, forcing me to restart the entire battle more than once. 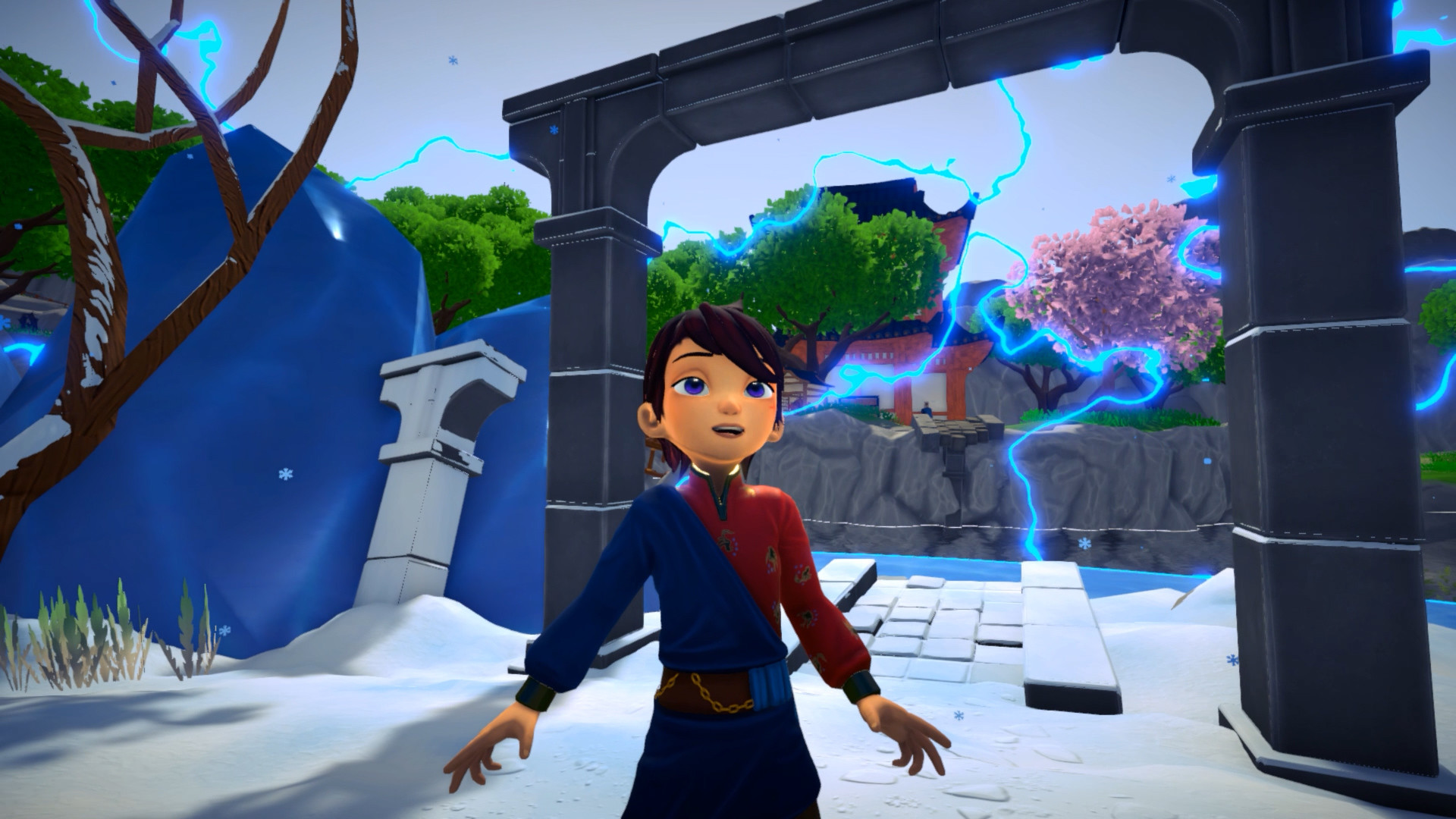 And that’s not the only glitch – in fact, Ary and the Secret of Seasons is riddled with bugs and issues. Enemies suddenly become invincible. Button inputs aren’t recognised or are delayed. Enemies strike you during cutscenes. Waypoints, or even the entire overworld map, disappear. Ary clips into the scenery and can’t be rescued. Many of these can only be fixed with a restart.

All of this with a graphical style aiming towards a mix of Disney vibrancy and Wind Waker’s cel-shading, but ending up more budget Dreamworks. With its flat textures, overuse of fog, pop-in and a juddering frame rate, it feels at times more like a PS1 game. How all of this causes such disastrously long load times is surely the game’s biggest secret.

It’s easy to see what Ary is aiming for. The ambition is certainly there, but the execution is off. Way off. At best it’s a clunky mess. At worst it’s broken and near-unplayable. It’s clear Ary was in need of a few more seasons of development before release.

Categories
Nintendo SwitchPCReviews
Tagged
Ary And The Secret Of Seasons