Tribes of Midgard Tips and Tricks

Even with up to nine friends, Tribes of Midgard can be a pretty challenging game, as you race against the day to gather resources, fashion better equipment, and get those defences set up before the Helthings come a-knocking. That’s why we’ve created a list of Tribes of Midgard tips and tricks—these precious pointers and beginner lessons were learnt the hard way (i.e death) so if you’re planning to take a trip to Midgard anytime soon, it’s definitely worth having a peruse.

Tribes of Midgard tips and tricks 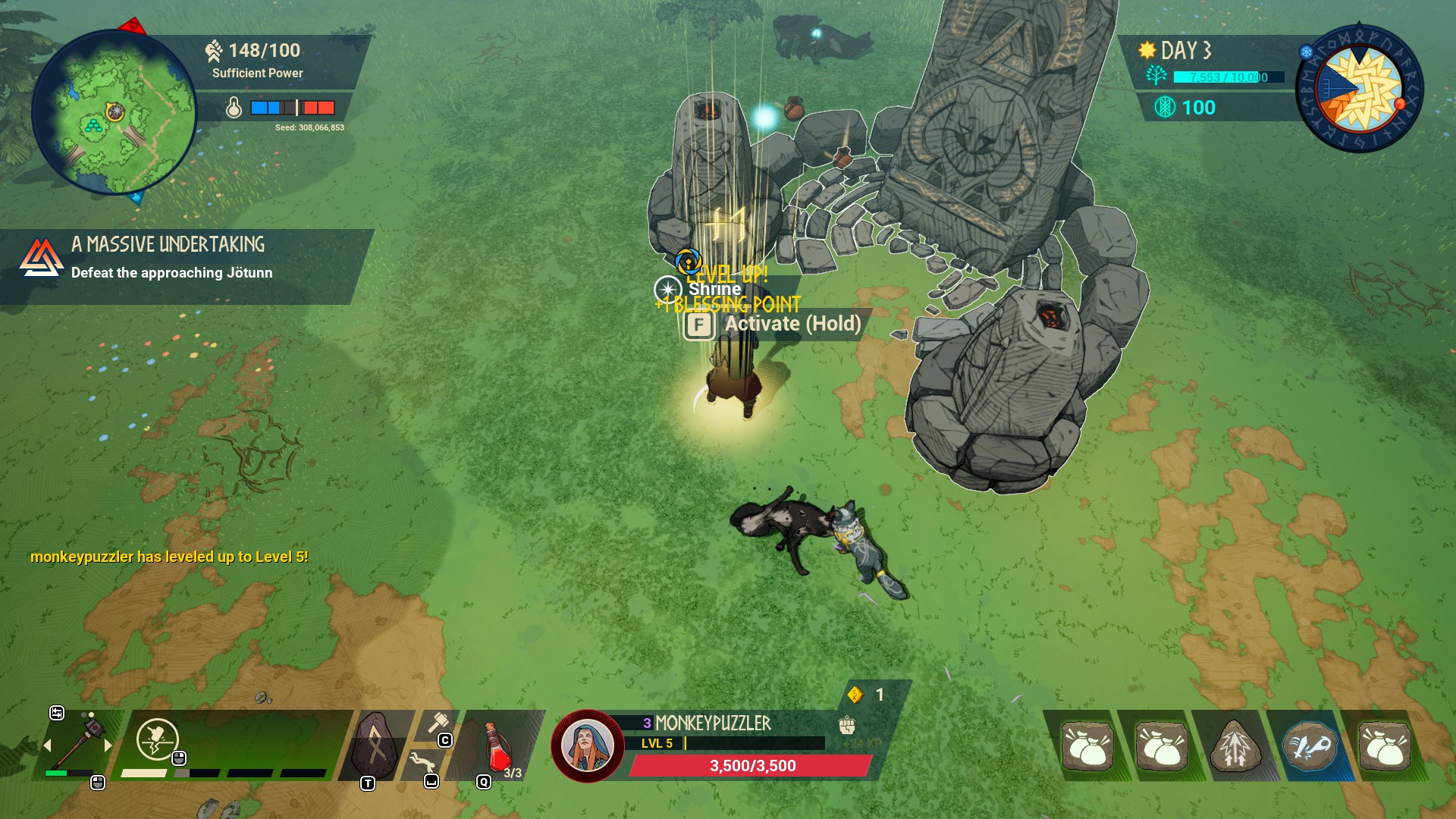 Whether it’s how to better explore the wilds, martial your souls, fight frost giants, or just effectively use the game’s systems, this list of Tribes of Midgard tips and tricks will make a Viking hero out of you in no-time.

Midgard is a beautiful, albeit scary place—a mythical realm filled with many wonders, and many monsters who’ll gladly end your run just as soon as they look at you. When you’re out and about in the wild, it’s worth keeping your eyes peeled for shrines, which are marked on the map with a star symbol. Once unlocked, these fast travel points let you zoom between locations at a whim, allowing for faster exploration, or for you to quickly intercept that troublesome Jötunn before it smashes your settlement. With increasingly shorter days as the game goes on, fast travel can be the difference between life and death. Remember, too, that if you need to quickly get back to the village, you can use your summoning stone to teleport home.

Use your Souls wisely

There are many resources in Tribes of Midgard, but the most important is undoubtedly souls. This universal currency is used for just about everything, from upgrading your favourite vendor and building structures, to feeding the Seed of Yggdrasil so it can survive another night of Helthing torment. You can get souls from harvesting just about anything, but the amount is usually rather pitiful. If you want to harvest a real hoard of souls, the best way is to defeat a Jötunn—these giants can drop thousands of souls, letting you upgrade your settlement, and build key defences. But remember, spend wisely and upgrade vendors based upon what you need access to.

Kill that Jötunn as soon as possible

The Jötnar are the most fearsome enemies in Tribes of Midgard—living mountains of muscle and magic who want nothing more than to stomp your measly settlement under their oversized foot. And they will if you don’t stop them. If a Jötunn invades your realm, it’s important you head out to kill it as soon as possible. Before long it’ll arrive at your walls, and by that time, it’s unlikely you’ll be able to stop it, especially if it arrives at night when the Helthings are also invading. If you do head out to take down the Jötunn, be sure to take some health potions. You can make basic ones at the alchemist using maple sap, which you’ll most have lots of if you’ve been cutting down trees.

Tribes of Midgard is an escalation; as days get shorter, enemies grow stronger. The only way to weather the storm is to keep upgrading your equipment to increase your own power. To do this you’ll have to level your NPCs using souls. This is a pretty big priority as they’ll offer new weapons, armour, and potions that will take advantage of all that loot you’ve been picking up from monsters, treasure chests, and Jötnar. If you want to build gates or towers, you’re also going to need better construction materials like cut stone or wrought iron that can only be made by upgrading one of your NPCs. It’s also worth remembering that you can dump resources in the chest at your settlement, which adds them to a collective crafting pool.

How did Tribes of Midgard do in our review? See what our reviewer, Sean Martin, has to say about the game’s punishing difficulty.

Sean isn't sure what he wants to be yet, but games seem cool. You can find him at Eurogamer, PCGamesN, Wireframe, and PCGamer, or chatting about anime and Total War at Twitter: @lorescavm