Will leave you biting your nails and wondering what’s next.

This dialogue-driven ‘Lifeline’ thriller will leave you biting your nails and wondering what’s next. 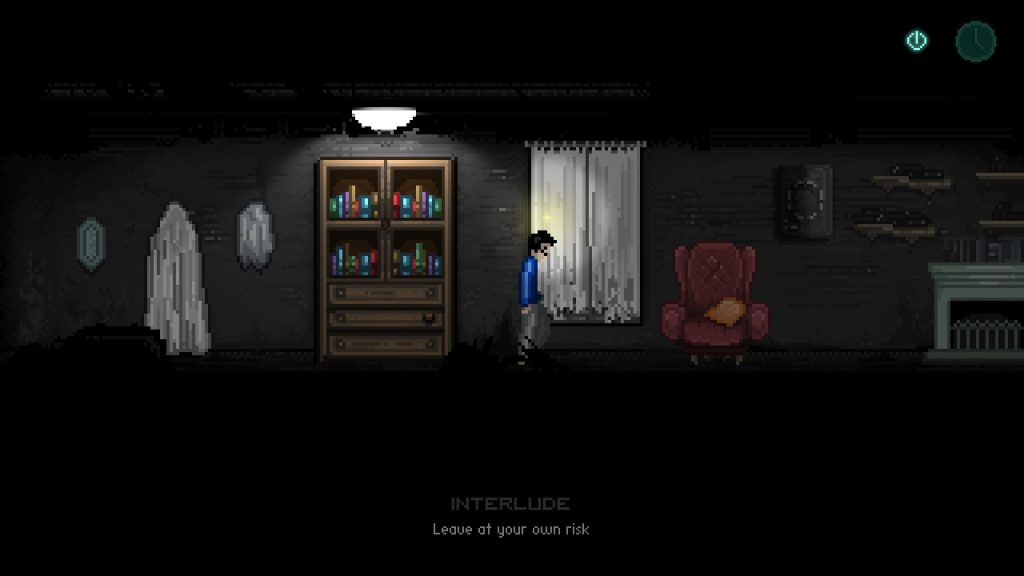 STAY is a pixel art thriller, puzzle game and emotional roller coaster. Starring an abducted depressed therapist named Quinn, the co-star is the player as we join him through his quest to escape his mysterious confinement. Barcelona based indie duo Appnormals uses the ‘Lifeline’ genre to twist and turn feelings and emotions in a culturally deep, nail-biting and entertaining way. STAY will be available as of May 16th for PC.

STAY starts with Quinn being abducted and thrown into a dark room with no clear exit or clues of where he is, except for a computer with a chat app that connects him to us. Through dialogue choices and an interesting interface, we’ll learn about him, how he feels about us, if he trusts us and his mood state. The latter is divided and represented by four liquid-filled meters labeled as Sanguine, Choleric, Phlegmatic and Melancholic. These, as explained by Art Director Iñaki Díaz to The Indie Game Website, are based on the four personality types described by ancient philosopher Hippocrates. 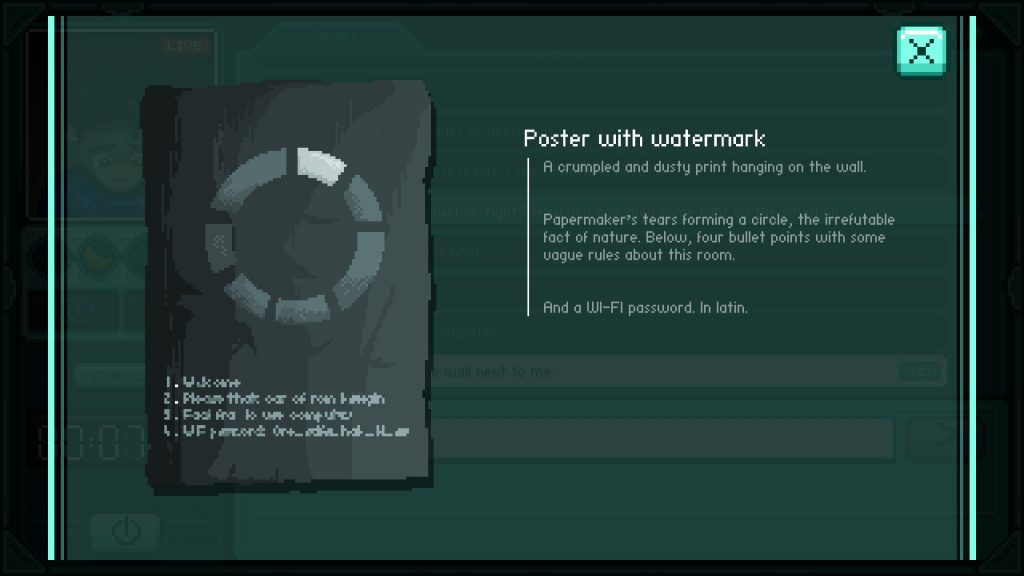 As his only company during his desperate search for freedom, we’ll be Quinn’s emotional support and survival guide. Along the way, we witness how STAY breaks the fourth wall in audiovisual arts by adding to the equation the amount of time we remain by his side, versus how long we decide to leave him alone with his crude reality and thoughts. The longer we’re absent, the more our relationship with him will suffer, hence the name: STAY.

As Díaz told TIGW, STAY and its 24 chapters are meant to be played and completed in no more than 3 or 4 game sessions, otherwise the relationship between Quinn and the players will most definitely worsen. 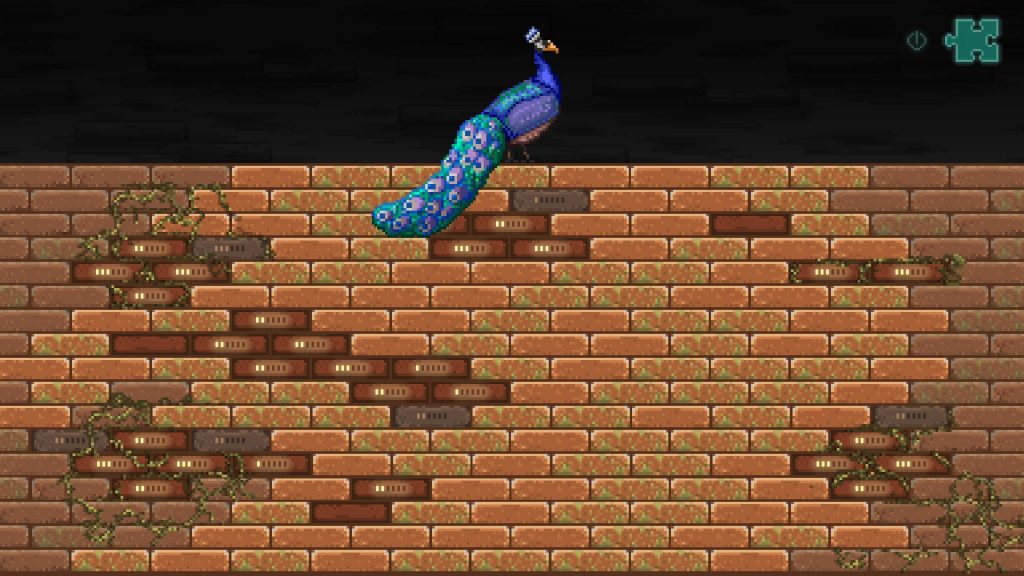 The game uses short sequences of images to portray Quinn’s passage to new areas, discoveries of new items and also his memories. We also gain a glimpse of every relevant item he finds, which are left on a separate tab of the UI in order for us to go back to them and their deep meanings in the future.

STAY remembers each choice the player makes and builds a unique path until the ending is revealed, individually crafted according to these choices and the time spent away. Throughout this intriguing story, we will watch Quinn go through stressful and impossible situations that, if handled poorly, can result in his death and the need to restart the last chapter. 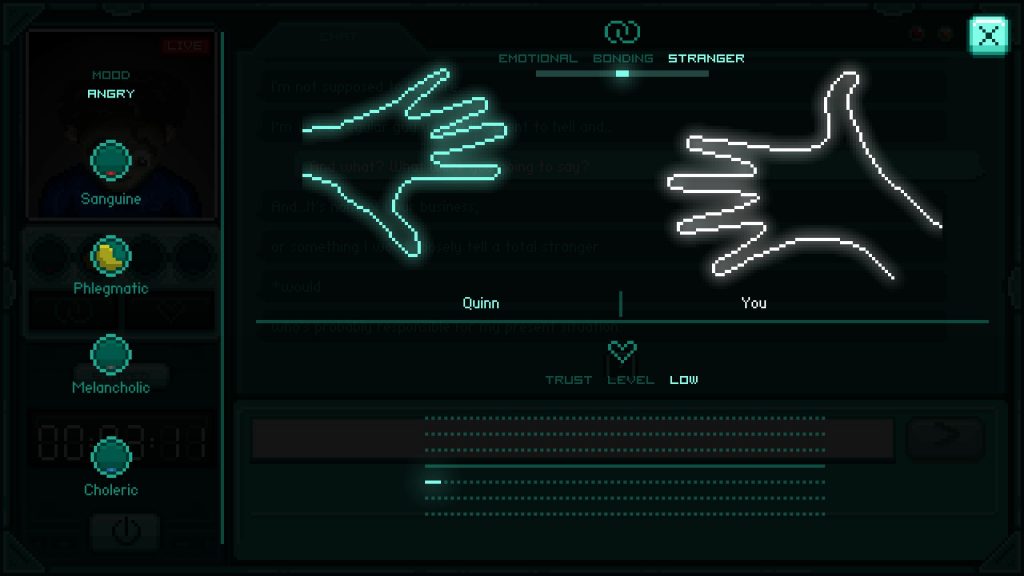 Each room is a new world to explore and understand, with countless references to different cultures, mythologies, languages and historical characters and events. Puzzles are around every corner, added to Quinn’s struggle to maintain sanity and stability amongst his fears and uncertainty of what’s going to happen next and how, if ever, is he going to escape.

But, as many can imagine, not everything is what it seems in these kinds of games where subjects like the subconscious, different fears, the past and relationships are being addressed. Symbolism and history are very deeply incorporated into STAY’s different puzzles, two or three of which are real challenges and tests to our wits and imagination.

A side note must be written on the music composition and the overall soundtrack: a compelling set of thrilling and tension-building tracks that effectively help immersion and commitment, two aspects critically important when talking about an interactive experience with consequences and reaction to player’s input. 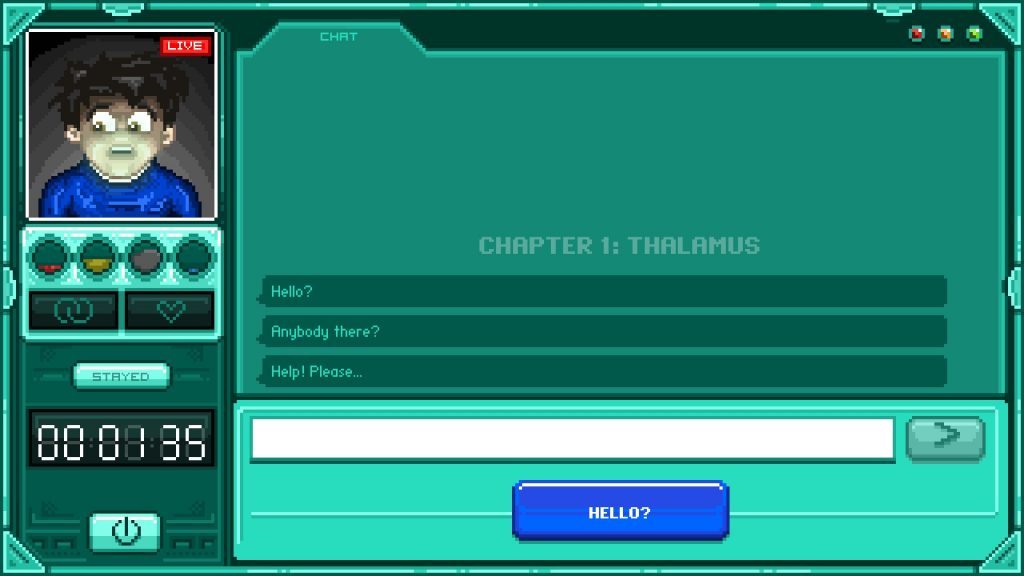 Interesting to note is the fact that the development team behind Appnormals Studio had to tone down aspects of how certain topics were approached in STAY, many of which are related to mental health, depression and suicide, after conversations the team had with organizations related to these subjects.

All in all, STAY tells a very interesting story with twists and surprises everywhere, with a compelling thriller narrative and concepts worthy of anyone’s time, although some dialogue fragments might feel a little too over extensive or forced. The pixel art works perfectly fine, also toning down an otherwise possibly too dark feeling, while its amazing score mesmerises by the minute.