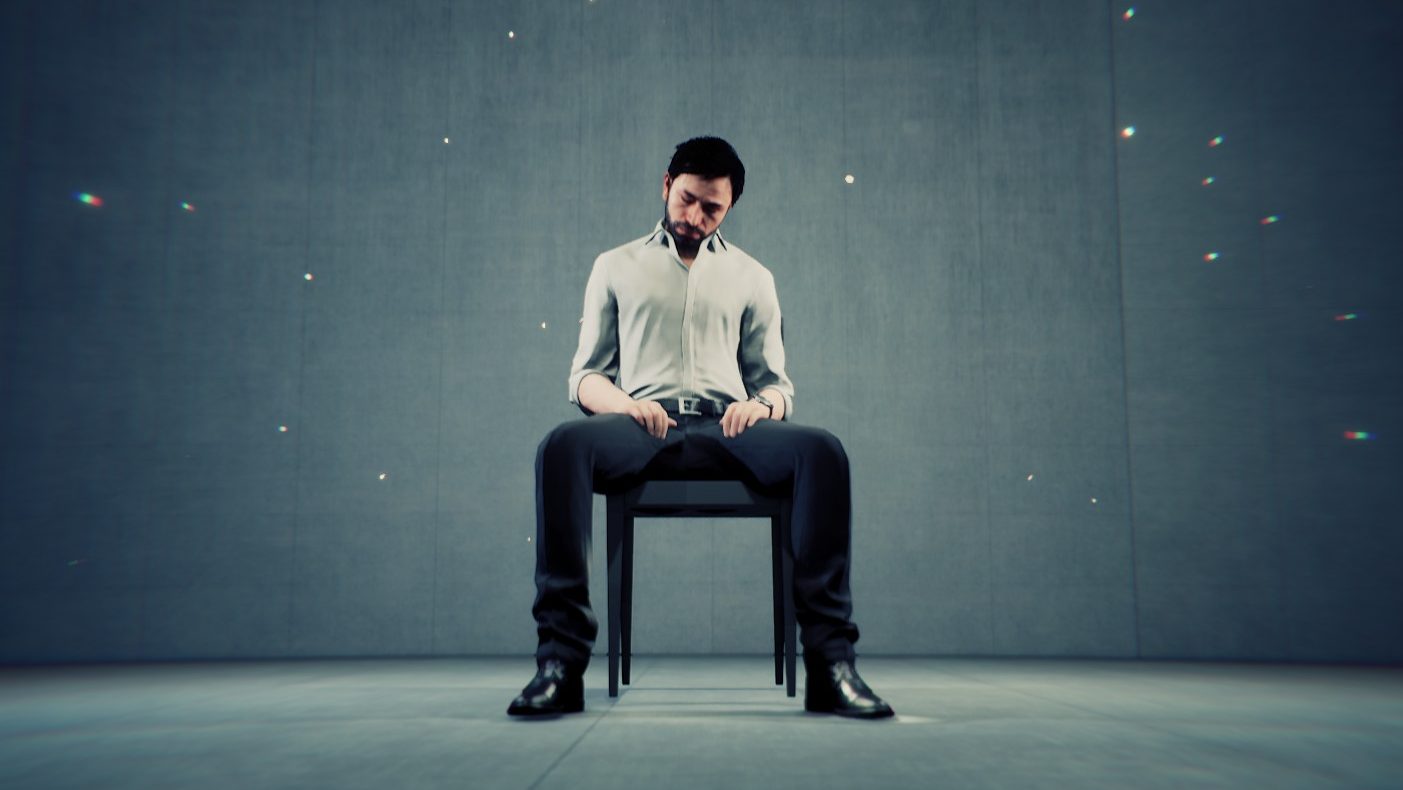 “Be careful, Ian. Don’t let them see you,” my character whispers to himself. His plain white shirt is flecked with blood. By “them” he means the demonic mannequins pacing the floor ahead, their eyes burning a searing orange.

Why mannequins? Perhaps it’s a play on the terror of inanimate objects brought to life, a classic horror trope. Perhaps it’s an effort to excuse their stilted walking animations, brain-dead patrol loops and repetitive character models. 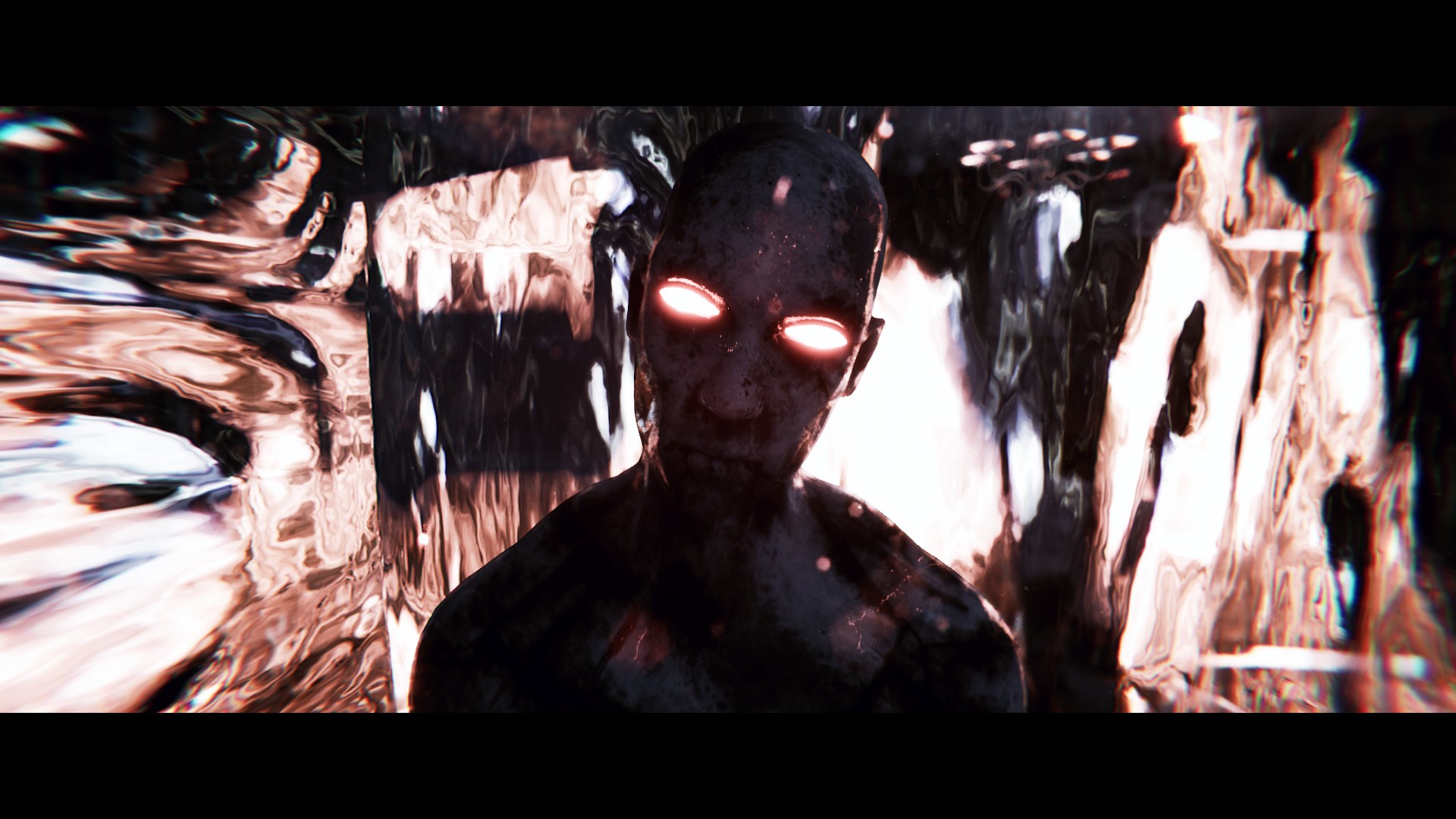 I stalk my way round a burning fire pit as a mannequin trudges its way around the other side. A chilling discord rings out: I’ve been spotted. The mannequin gives chase. Its eyes glow brighter, illuminating the path behind me. I hastily dive under a box. I breathe a sigh of relief: I’m safe. Bafflingly, crouching under a box makes me impervious, seemingly even invisible to the mannequins. I guess their plastic necks are too stiff to look down at me.

I watch another mannequin ahead. It mindlessly ambles backwards and forwards a few metres. There’s barely room for me to sneak past its idiotic pacing. I creep out from under my magic box but I’ve made a fatal misjudgement. Its amber glare pivots round. Rather than being able to make a run for it, I’m frozen helplessly on the spot. It karate chops me in the chest. I die instantly, having to restart the whole ridiculous scenario from the beginning. 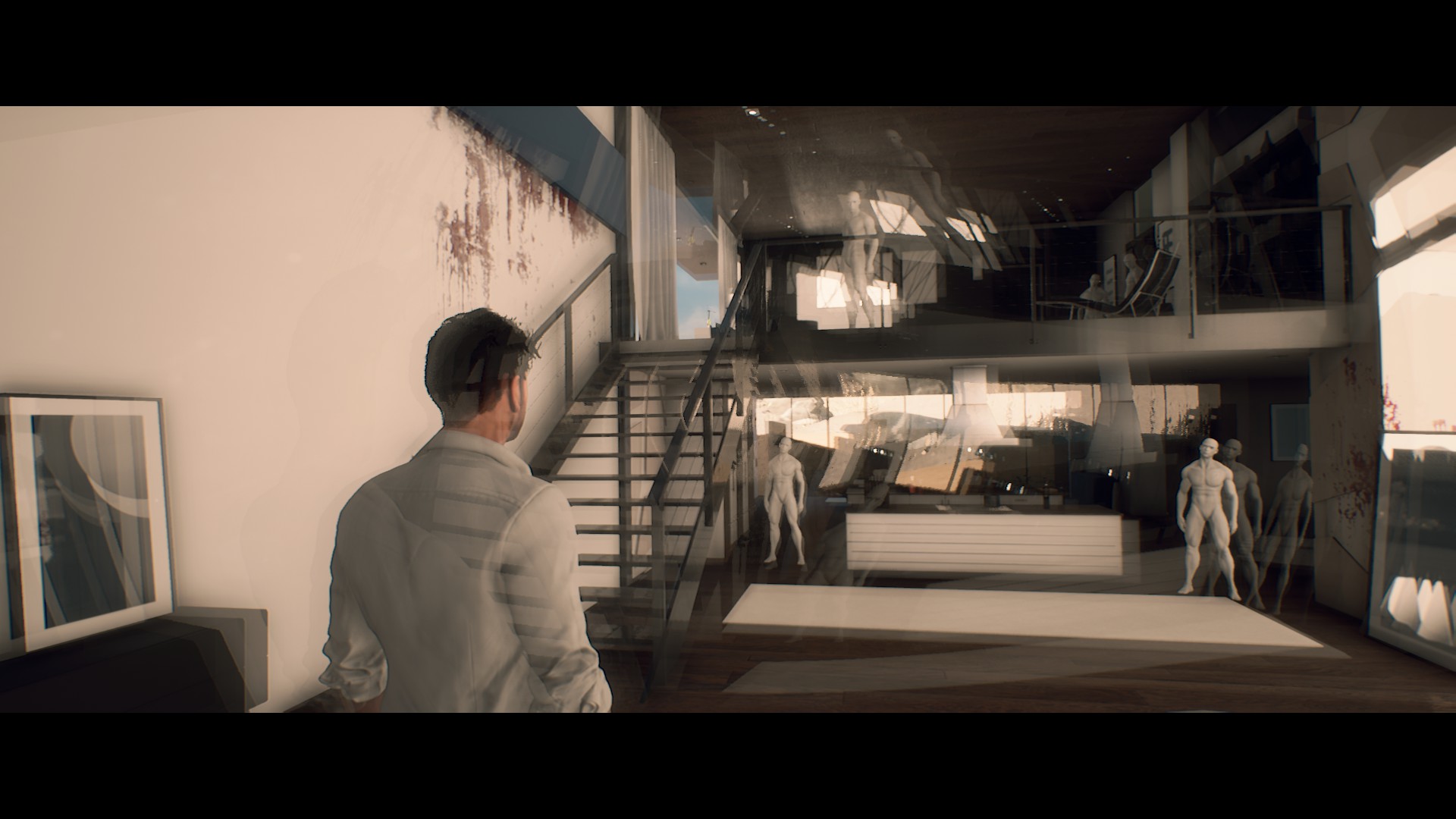 I’m inside a nightmare – both literally in that this is one of the recurring dreams Ian has throughout the story of Past Cure, and figuratively, in that playing through it is an ordeal in itself.

Past Cure is surreal for all the wrong reasons. The confused interweaving of supernatural conspiracy and horror makes so little sense I’m not even going to attempt to explain it. Ian’s narration doesn’t exactly help, with a breathtaking disregard for emotional inflection reminiscent of Tommy Wiseau in The Room. 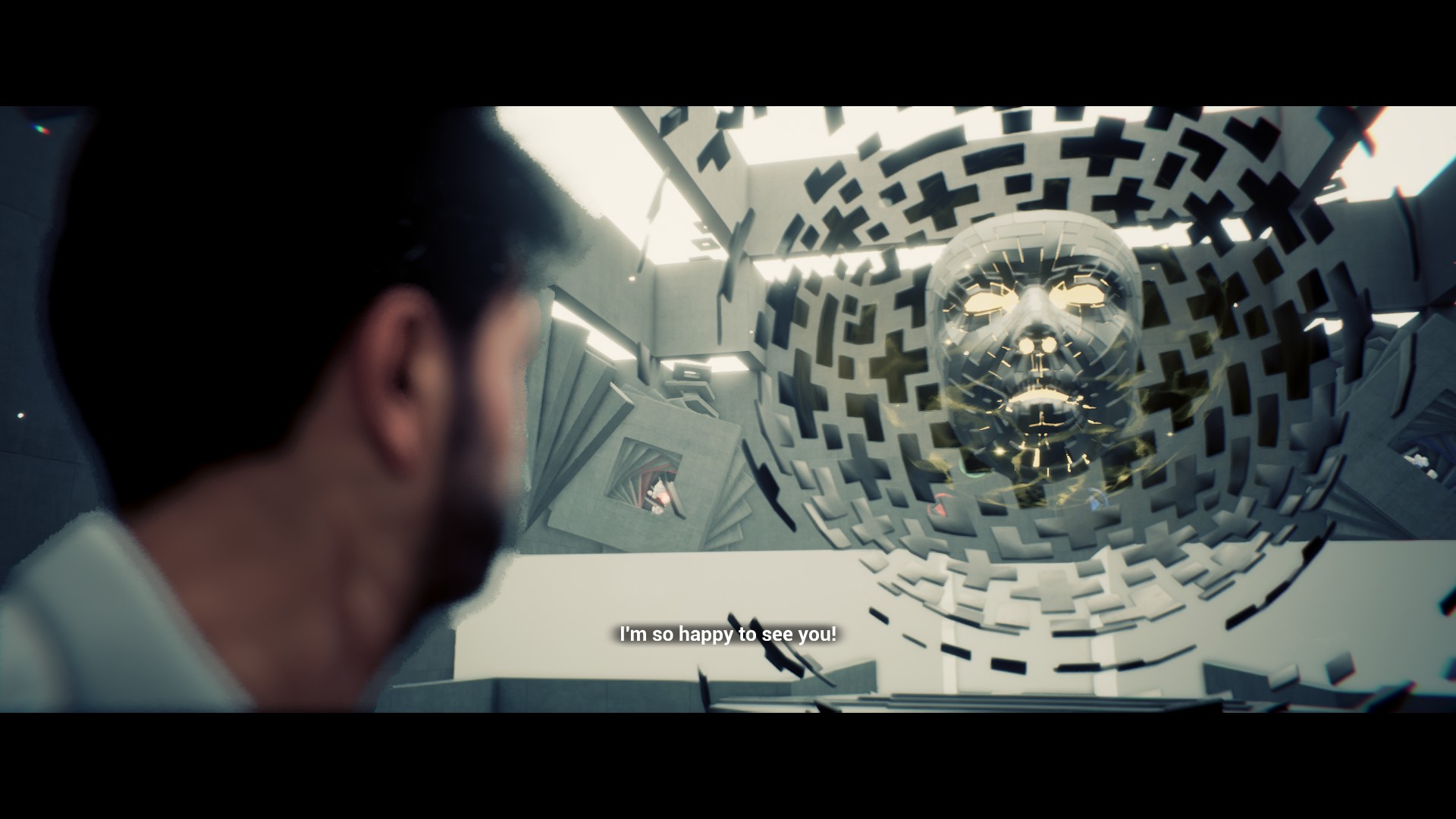 Past Cure is, in fact, similar to The Room in more ways than one. Like the infamously amateurish film, it aspires to reach the heights of the medium’s classics yet fails catastrophically in every regard.

There are strong whiffs of Max Payne in the bullet-time enhanced combat, for instance. But the shooting is messy, its inconsistent collision detection sure to frustrate as headshots go ignored or get soaked up by invisible barriers. 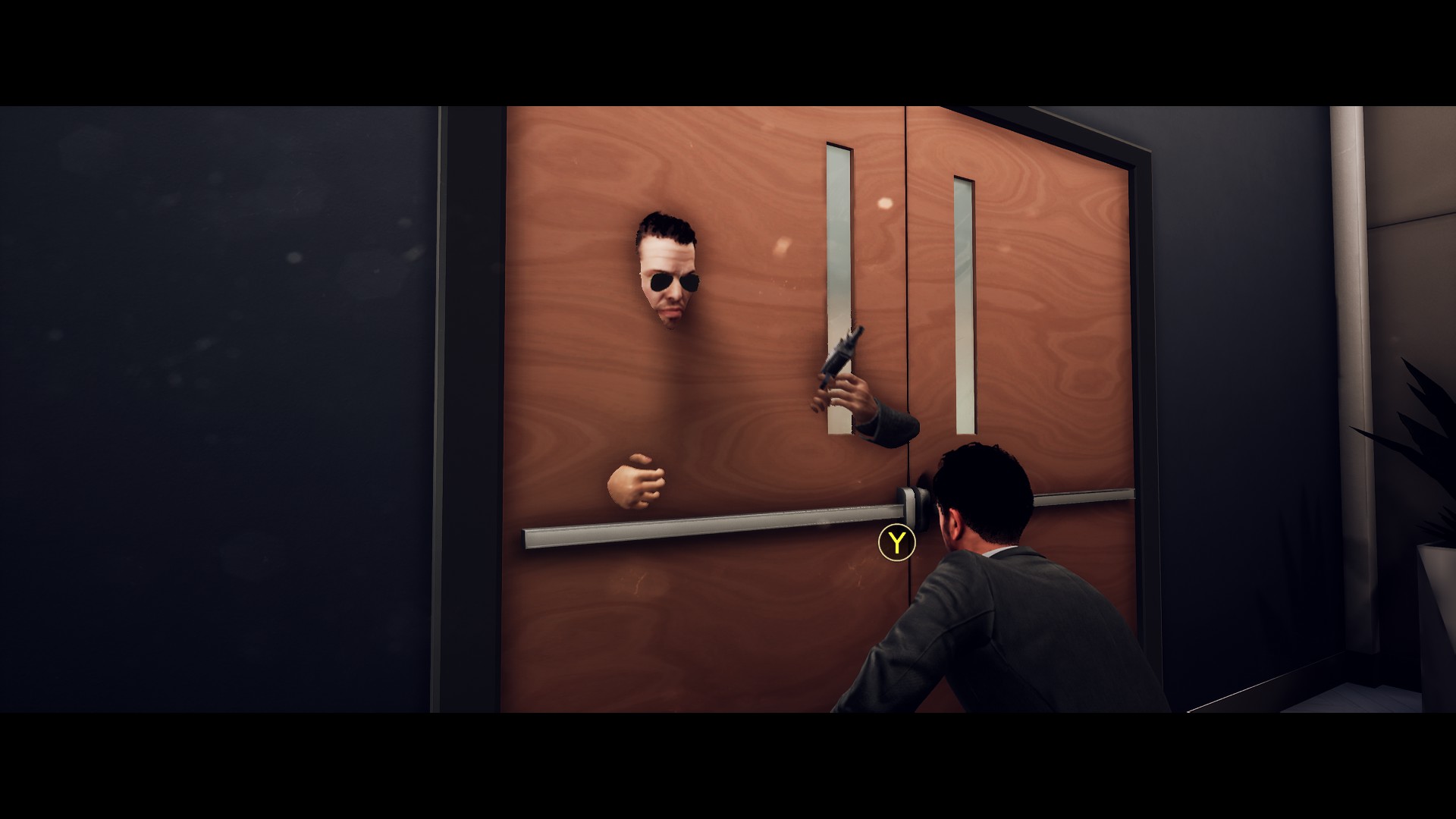 Enemy AI, too, is blundering and robotic, except for in the multiple stealth sections. Then they’re omniscient. You can be seen, at times, hidden behind walls in the dark. Sometimes being spotted just results in more shonky combat; other times it’s an instant fail. Adding further insult to injury is the checkpointing, which has a tendency to make you slog through several wretched encounters all over again.

On a technical level, at least, Past Cure goes visually above and beyond its humble small team roots. Cutscenes in particular are very slick, with nice depth of field effects, atmospheric music and a surprising eye for cinematic angles and mise en scène. 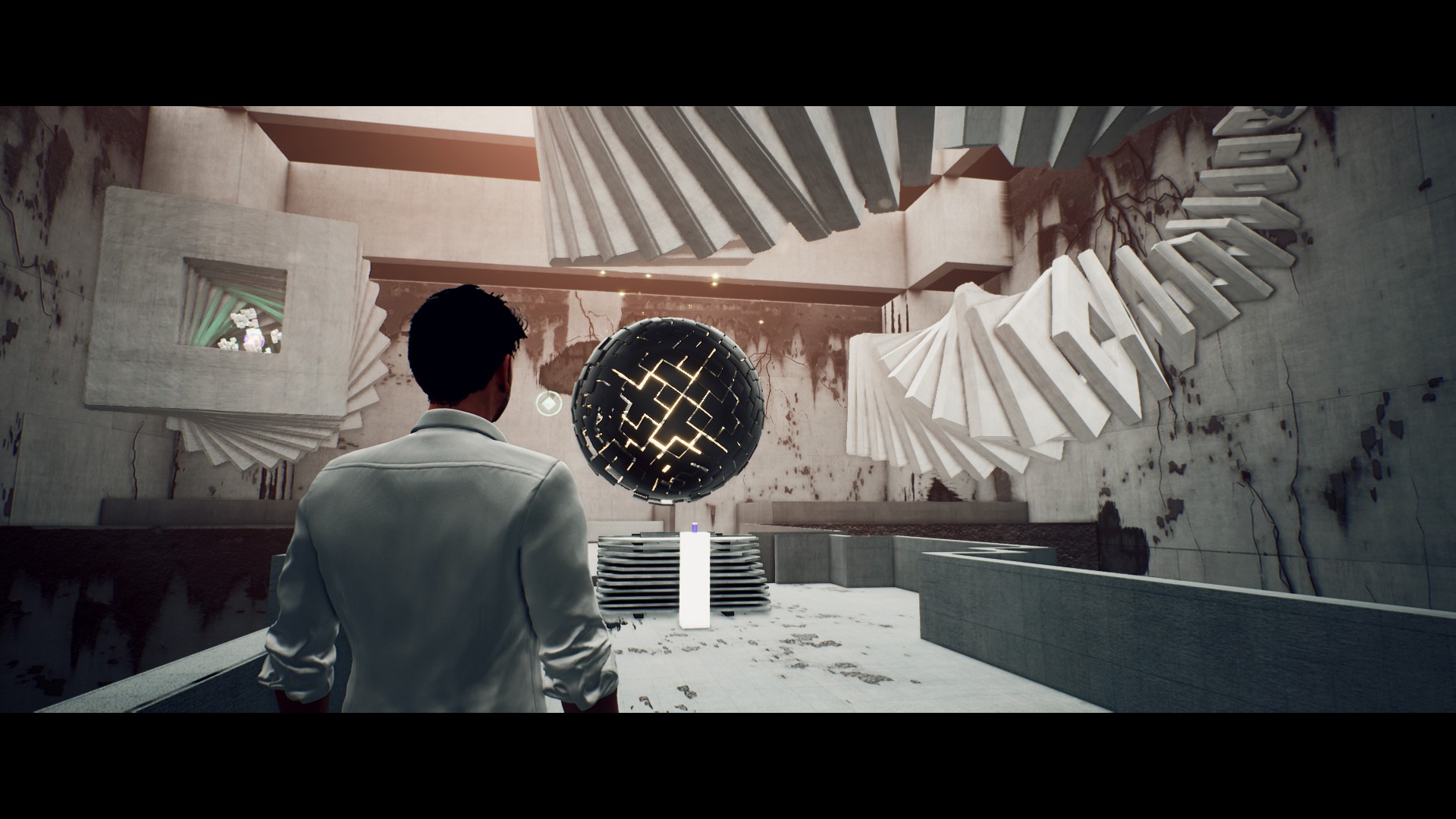 But with the exception of a few interesting dreamscapes, levels are bland and formulaic. Each new area soon begins to reuse environments and objects, like one which takes place across several near-identical floors of a multi-storey car park. A general lack of polish also betrays Past Cure’s origins. Amongst the problems I experienced were missing dialogue, music cutting out and frequent texture flickering.

Past Cure isn’t overly long, but it manages to cram in an awe-inspiring amount of incongruous ideas in that time. Phantom 8 tout Silent Hill, Metal Gear Solid and Inception as influences – and these are clear to see. But these muses have been bastardised and haphazardly thrown together into an exasperating whole which isn’t even worth the sum of its dysfunctional parts. 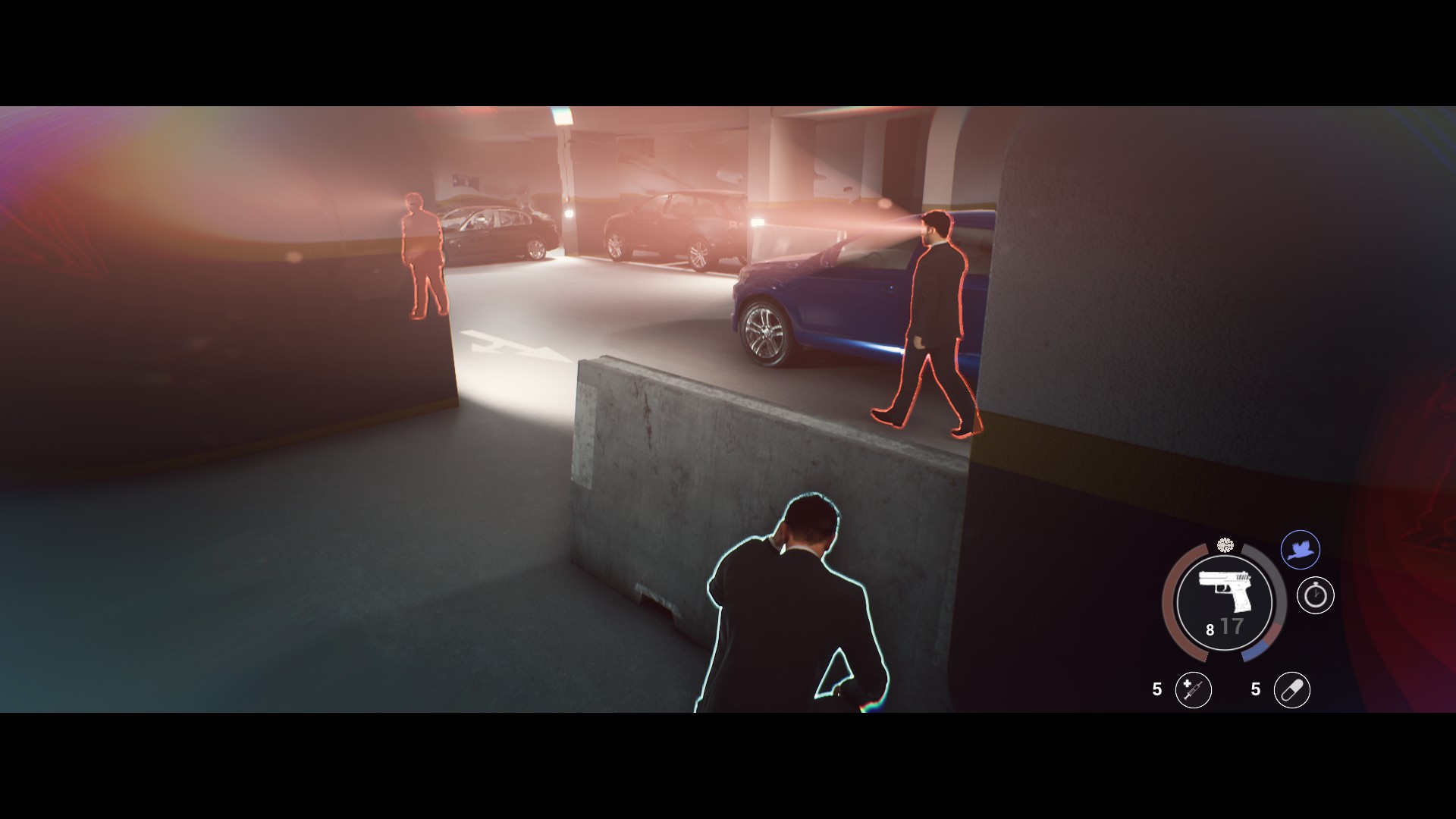 Past Cure has few redeeming qualities, save for the occasional minute where the deluge of shit thrown at the wall results in a nugget briefly sticking – or the comedic value of how truly bad it is the rest of the time. Don’t even think of subjecting yourself to it.