8 of the Best Little-Known Kickstarters

Our picks for the best ongoing Kickstarters that haven’t found an audience yet.

These Kickstarters just aren’t getting enough exposure to reach their targets. 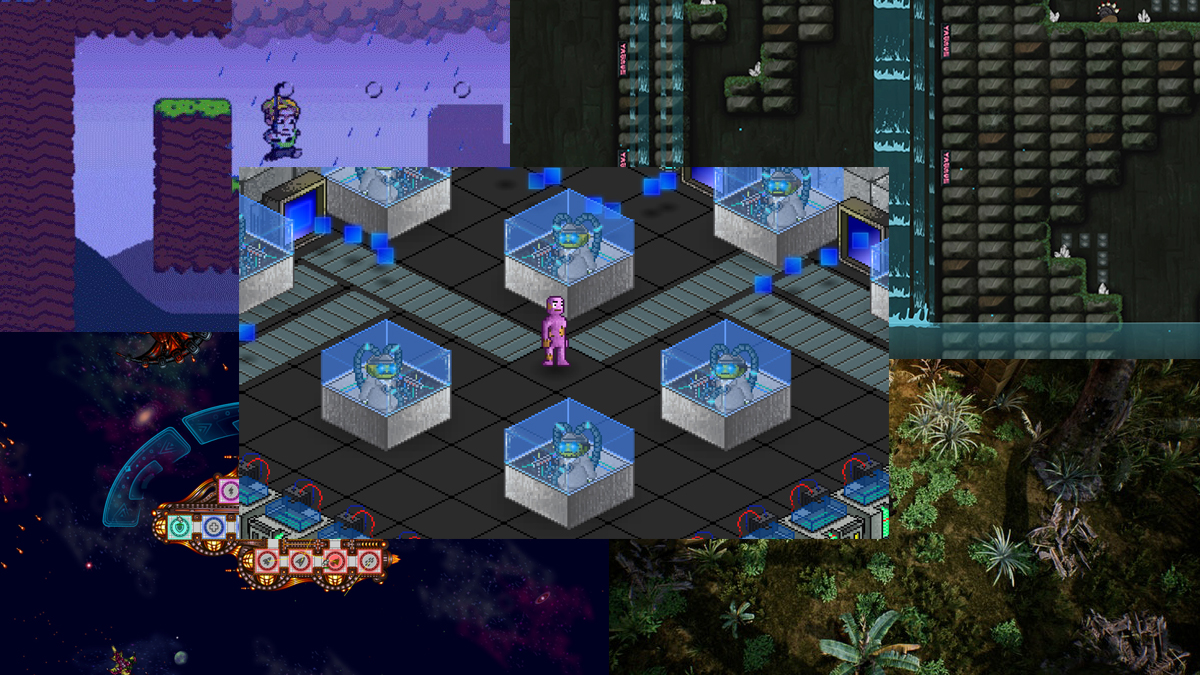 Kickstarters are a way for indie developers to propose exciting new ideas for indie games. Kickstarter.com is a source of all kinds of projects, from video games to books to board games to food. In order to make these games a reality, the community has to pitch in to help game developers reach their target goals. Usually, the developers create incentives that range from copies of the game, to special editions, to the opportunity to design content that makes it into the game.

Every month, there is a host of new Kickstarters created by indie developers who want to make their games a reality, or who just want to maintain their independence from major publishers. In this article, I’ll list out my favorite ongoing kickstarters which are at less than $5000. All of these games are a long way off from reaching their target amount of funding, but there’s still time for the community to support them. 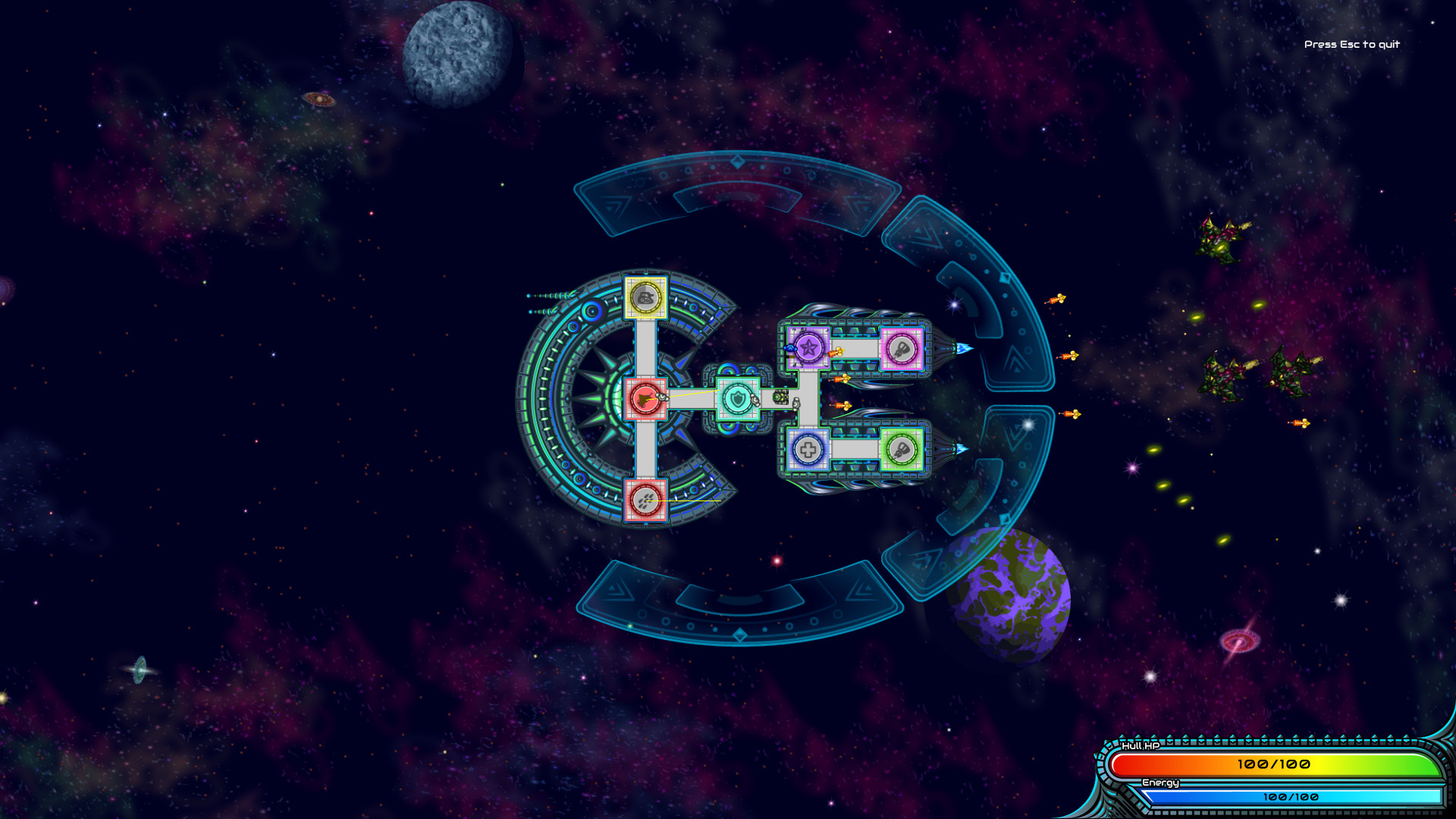 Imagine Faster than Light, but with a focus on real-time action and more opportunity to customise your ship. Undercrewed is a co-op spaceship simulator where you have the opportunity to create and customise your own ship through the eight-mission campaign. It’s comparable to a traditional RPG, where you have to upgrade your ship rather than a group of characters. As a co-op game, navigating space with three of your friends should prove to be a lot of fun.

The plot: You and your friends are the last survivors on your ship, stranded in a dangerous area of space. You must work together to make it back alive.

Overall, the concept looks really exciting and I’d happily give the game a try when I get the chance. The perks, if you support the Kickstarter campaign, include up to four copies of the game, your name as the name of a planet, the opportunity to design a ship, and the opportunity to have an achievement named after you. 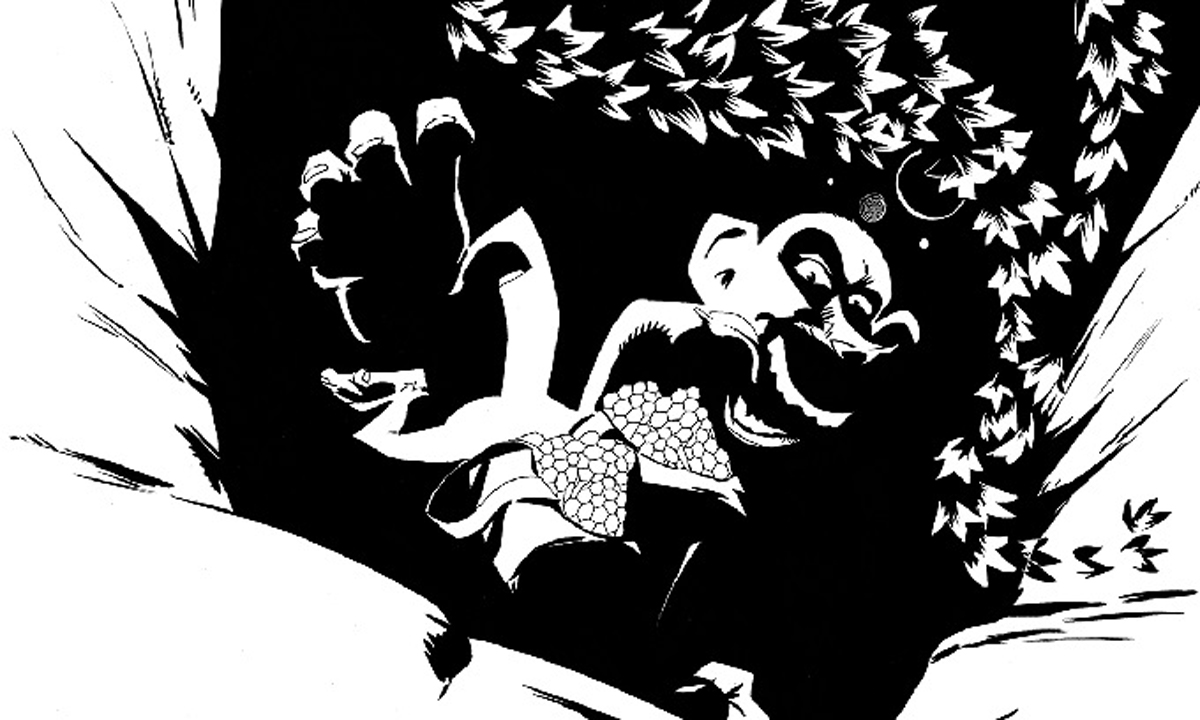 Kickstarter link: No Way Out

No Way Out is a black & white puzzle game where you solve puzzles as a monkey, a horse, and a rhino. The gameplay doesn’t look terribly interesting to me, but the story looks to be a little screwed up. Developer God as a Cucumber is keeping the exact story and mechanics under wraps, but they hint strongly that No Way Out has a mature rating for a reason.

To progress, you have to reach the end of each stage, each of which is a 2D environment. all three animals have a unique ability, like the rhinos, ability to push heavy objects. You can freely switch between the animals and even combine their abilities for unexpected effects.

Comic book lovers rejoice. The full version of the game, with your support, includes a 150 page comic. The game also has comic book style cutscenes and an epic soundtrack.

Thomas: The Game about Puzzles and Story 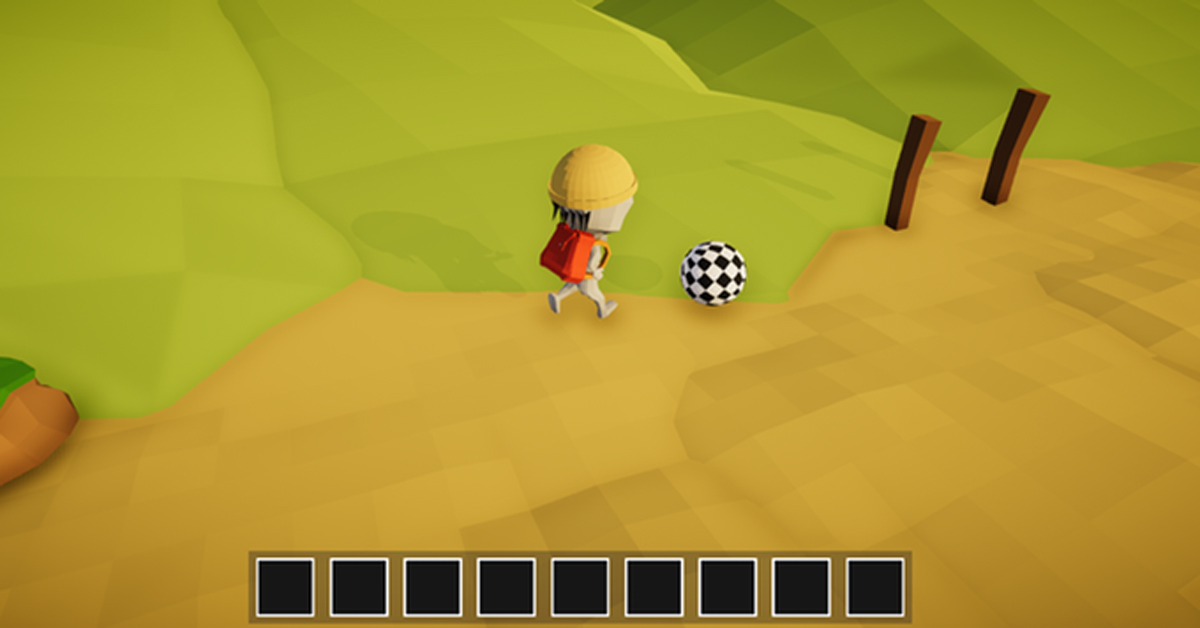 Kickstarter link: Thomas: The Game about Puzzles and Story

Thomas: The Game about Puzzles and Story is the cutest game I’ve seen in a long time. You have to solve puzzles and progress the story… and that’s pretty much the whole idea of the game. However, The story itself is still a secret, because the developer doesn’t want to reveal major spoilers.

The game has you travelling around 3D, hand-painted environments, finding easter eggs and solving puzzles. The main story promises to be over 20 hours, and there’ll be different endings based on your choices. There will be new puzzles and locations after launch too.

Developer Robert Ferry and his team are asking for just $904 CAD, just enough to pay for licensing and marketing, and basically just enough to make the game a real thing. 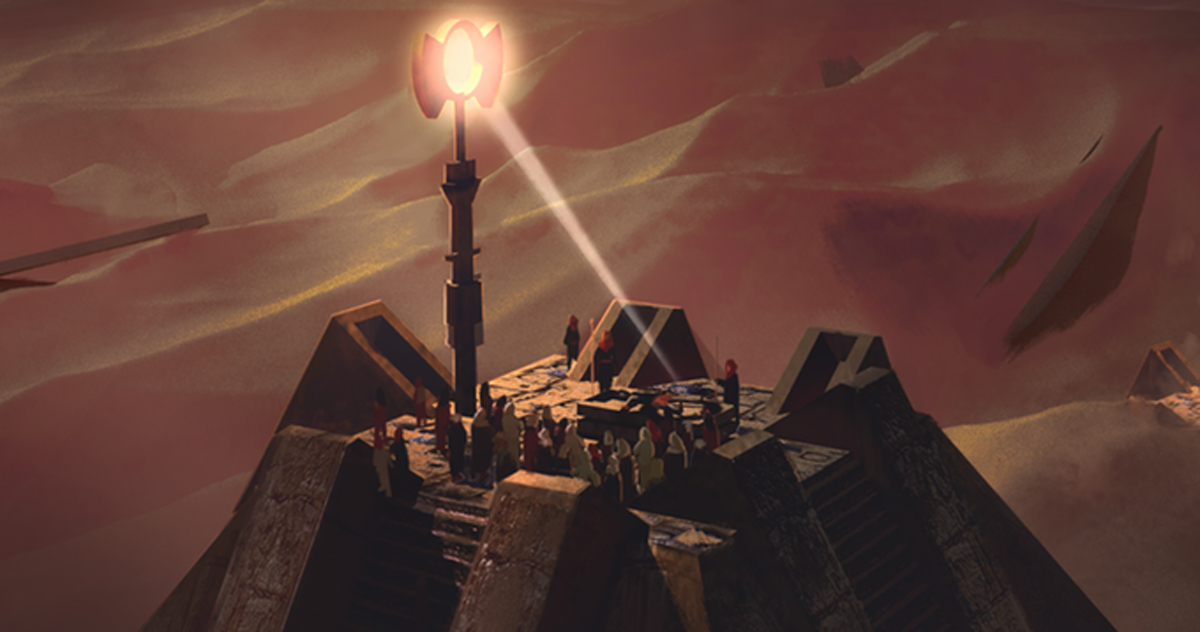 Ae’ra is a top-down action RPG, akin to Diablo or Baldur’s Gate. So what’s the twist? It promises to have an innovative combat system where you can precisely control your character and fight with your own style (But the Kickstarter page doesn’t describe how you control your character; So I’m kind of sceptical). Do you like to go right up in your enemies face, or win with more cunning? In addition, the game has sandbox-style crafting where you can easily craft almost everything you’ll need.

The other features include heavy exploration, co-op play, different choices as to how you level up your character, third-person environments, and an epic story that has at least 40 hours of gameplay.

There are four heroes to choose from, each with their own playstyle. Cyan is the melee in-your-face fighter, Jade is the master of tactics, Aisa is the master of stealth, and there’s also Za’rach the beastmaster.

The Kickstarter progress is currently $2000 out of $46000. That’s certainly a long way off, so make sure to pitch in if you want to make the game a reality. 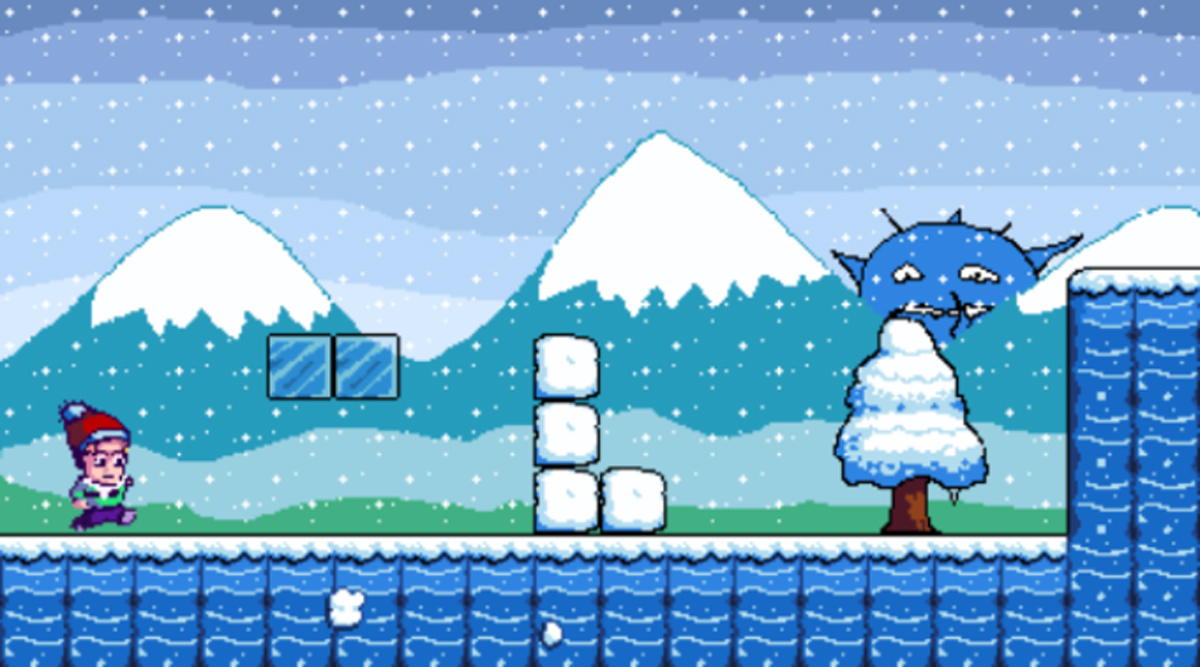 Epic 90’s Journey is, if you haven’t figured it out, a tribute to 90’s platformers and RPGs.

The story is that you play as a boy who lost his memories. You travel around the world, making friends while uncovering the origin of various conspiracy theories, like UFO sightings. You also battle against mysterious creatures, called Zubs. The Zubs appeared after a cataclysm involving the world’s Elesha, a mysterious life-giving energy.

There’s a ton of people to meet, things to collect, and enemies to fight. Your hero wields a yoyo which can be used to damage enemies before you touch them, at which point you enter a turn-based fighting system. You control various pets in battle which can be enhanced by collecting Tazoo which can be found in difficult-to-reach places.

There’s a whole bunch of other features, including minigames, a day/night cycle, dreaming, and a heavy focus on exploration.

There’s just so much to do in Epic 90’s Journey that it’s difficult to summarize in just a few sentences. For all the features, check out the Kickstarter page. 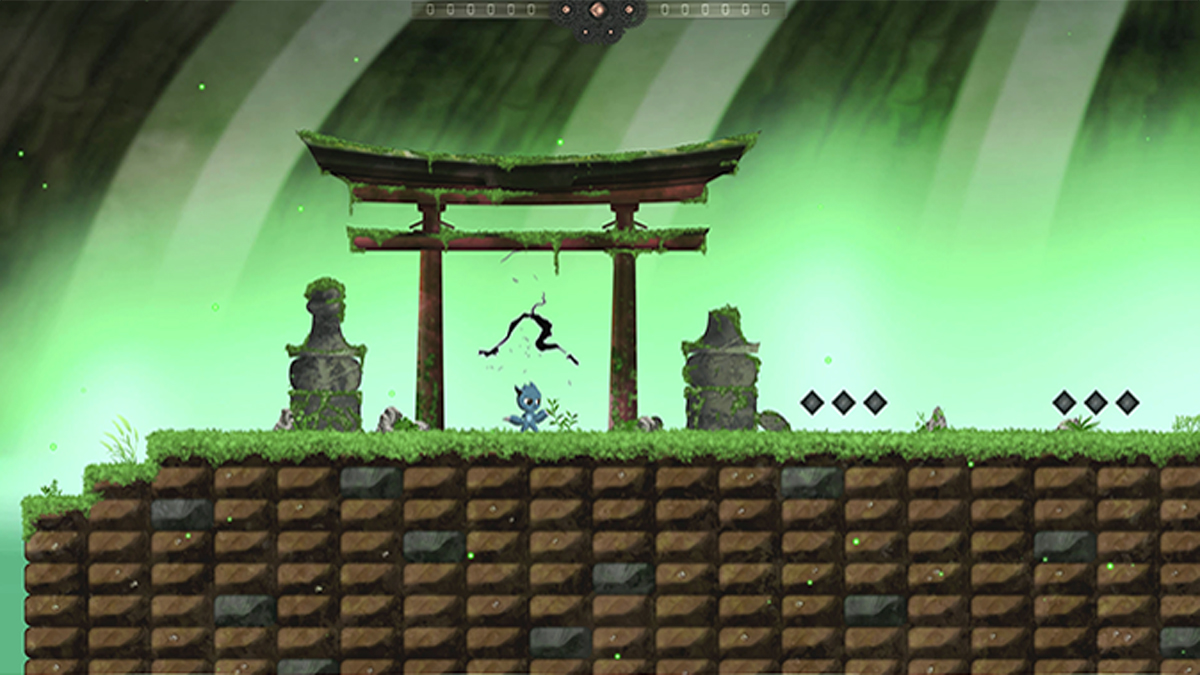 IKAO is a little blue creature who travels the world to rediscover his lost memories. Search for hologram fragments to reveal your past a little bit at a time.

IKAO is a platformer inspired by classic platforming mechanics, akin to Mario. You can walljump, double jump, avoid projectiles, and interact with various objects. The game will be quite easy at first, but it will have a gradual difficulty curve.

I’m not sure what is so special about IKAO compared to other 2D platformers. However, there’re a couple videos by Youtubers Fellow Player and Are0us. Be sure to check them out to get a better feel for the game.

Patchman vs. Blue Squares. The sequel to Don’t Be Patchman, Patchman Vs. Blue Squares is an adventure game where you rescue Sheeple. In this episode, you travel to Office World, a virtual world where the native sheeple love to wear suits, sit in offices, and stare at charts.

Symbol Boss is a robotic figure who’s taking unfair advantage of the Sheeple! Find out more about who Symbol Boss is throughout the game.

Outside of the shiny buildings, the destitute homeless Sheeple are forced to eke out a living. Among the destitute Sheeple is the Homeless Drifter, a former father of a wealthy family who was the owner of an engineering firm. He was lured into a trap by the Symbol Boss, so he was forced to flee Office World!

At the end of the game, there’s a plot twist so incredible that it’ll alter your perception of the universe! (Hmm, I’m not quite sure about that.)

In case you haven’t played any of the Patchman games, it’s a one-of-a-kind series of adventure games with a cute plot, action, procedurally generated levels, tower defense, and more! Patchman seems like such an unusual game, but the praise for the series speaks for itself. I already want to try it just to see if it lives up to all the praise. 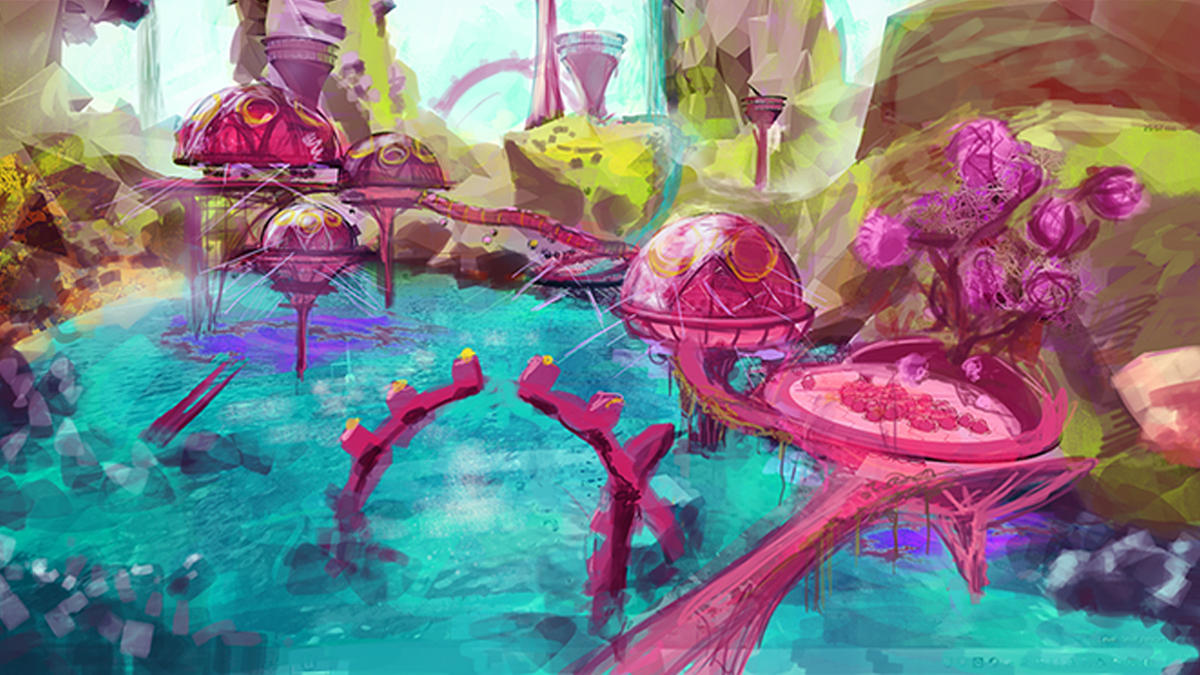 AREA is a puzzle FPS game being developed by SPINNINGBRAIN. There’s a huge facility that was created by Tycho Technologies that you must explore. Within the facility are obstacles like flying drones, robots, floating walkways, and more. (This all makes me wonder, what on earth is Tycho Technologies doing?)

You have to use a special weapon plasma-shooting weapon to make it through the facility. Plasma can be used in many different ways: You can shoot enemies, push objects, and manipulate the environment in other ways.

Apparently, Tycho Technologies has discovered a region on the Earth covered in an invisibility field. They call it AREA. You’re tasked with collecting eggs, but you have to use your ingenuity because the area has strange environments and strange laws of physics.

AREA looks like an exciting concept because it the plasma concept looks really interesting. Who knows how many different ways you can use the plasma gun? More info is to come, and the game will be released in Q3 this year.

So there you have it, 8 of my picks for the best little-known ongoing Kickstarter campaigns. If any of these games catch your fancy make sure to contribute to their campaigns if you want to see them become a reality. I’ll be back soon with even more great little-known Kickstarters.