Challenging The Mainstream: 5 of The Most Influential LGBT+ Games

In the first of a series for Pride Month, we cover some of the most influential LGBT+ games

In the first of a series for Pride Month, we cover some of the most influential LGBT+ indie games.

Video games are big business, but they’re also incredibly expensive both for players and for the developers and publishers creating them. It’s rare for AAA games to take a risk – that’s why shelves are loaded with military shooters, annual sports games, and endless sequels practically guaranteed to sell. Sneaking in a gay character or subtle reference is often the most LGBT+ gamers can expect in terms of representation.

Yet the surge of budget indie titles has blown diversity wide open, with developers able to tell stories outside of the straight white mainstream. LGBT+ games may still be a niche, but increasingly the industry is representing queer culture in all its guises.

With that said, here are five of the most influential LGBT+ games that have challenged the mainstream. 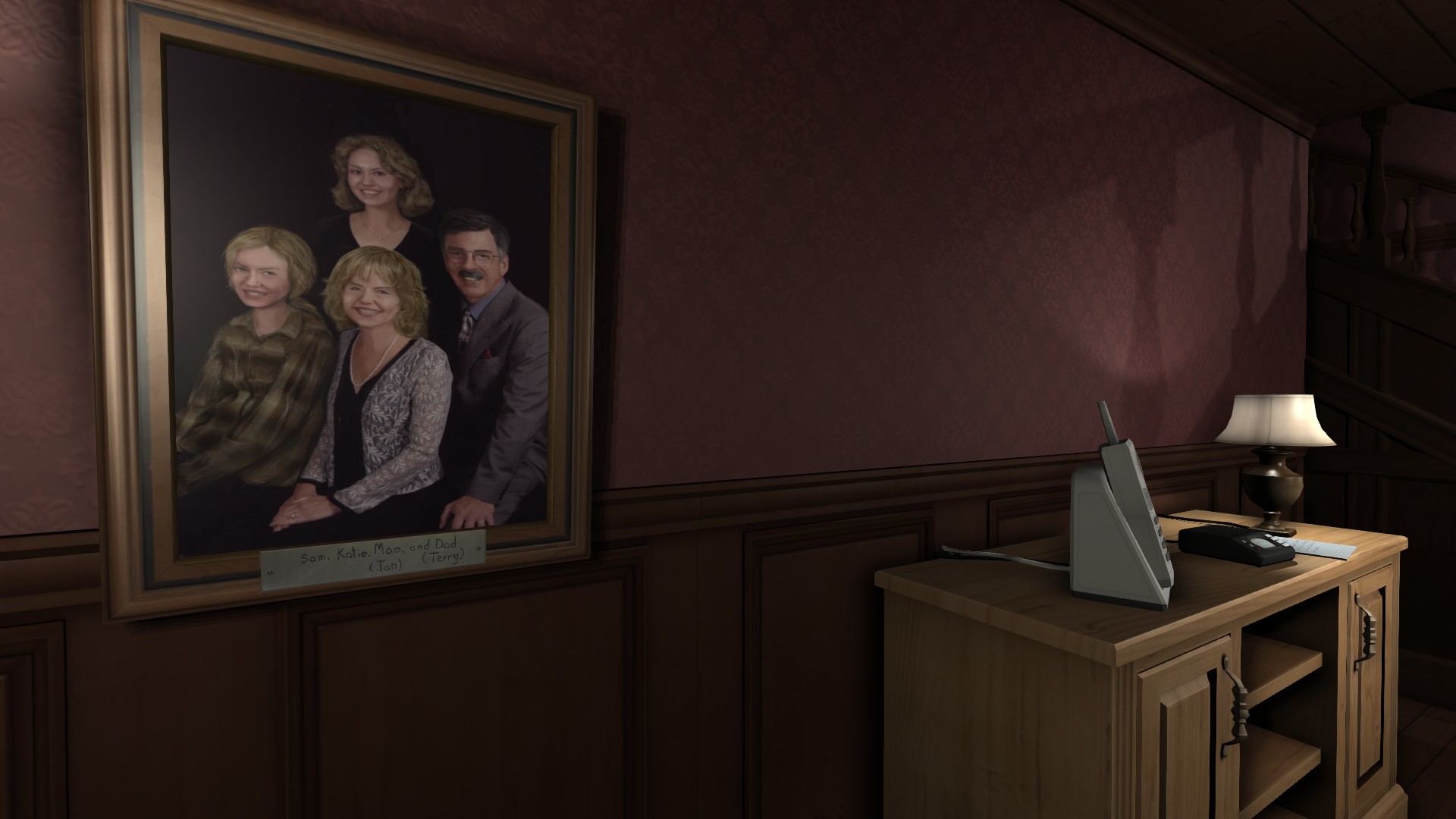 First-person narrative games (or walking simulators to use the more derogatory term) aren’t exactly a new phenomenon. But it was Gone Home that helped popularise the current trend in 2013 – a game that centres on a lesbian relationship.

Exploring the family home to uncover the reasons behind a family disappearance, the story of your younger sister Sam discovering her queer identity blossoms. It’s told through notes scattered around the home that add to the sense of hushed secrecy, Sam’s innermost thoughts entrusted to you the player.

Ultimately it’s a tragic story, not only in the parents denying their daughter’s sexuality, but in the player’s helplessness to affect the narrative outcome. Through its detailed world and beautiful writing, Gone Home captures the internal difficulties and external impact of coming out in just a couple of hours game time. Its meticulousness and focus on real, human storytelling have had a huge impact on the wider industry, perhaps the biggest legacy of any queer game to date. 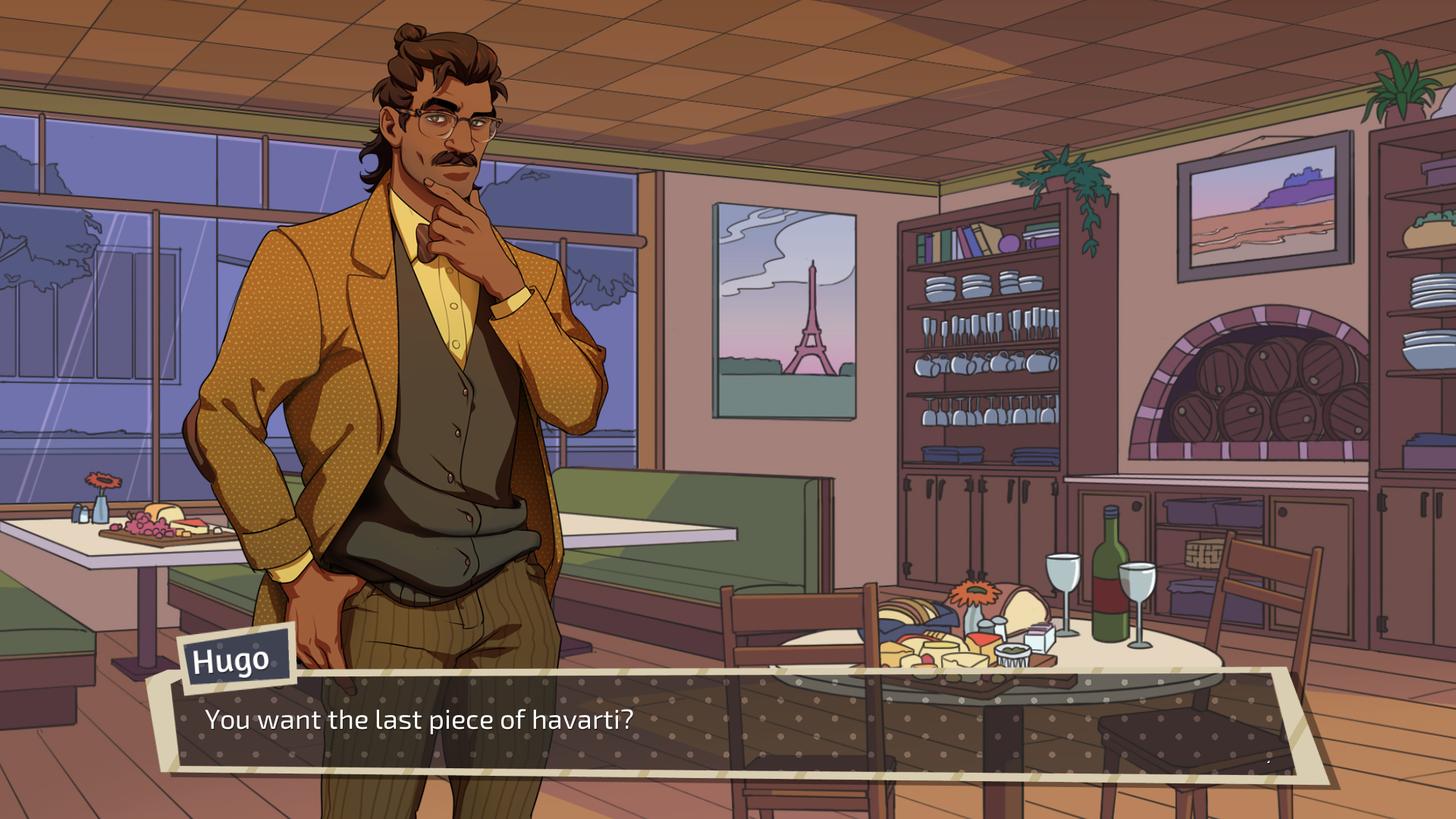 Back in the summer of 2017, Dream Daddy was all anyone was talking about. It’s a dating simulator visual novel in which your custom designed dad moves to a new town with his daughter and dates other dads through simplistic minigames and narrative choices.

It’s the game’s carefree tone that’s really noteworthy. Far from the tragic melodrama of many queer stories, Dream Daddy makes gay dating fun. Why wouldn’t it be? Lighthearted humour and groan-inducing dad jokes are in abundance and, along with the colourful cartoon visuals, they draw you into the more serious issues beneath.

There are seven dads to potentially date and each has an interesting story to tell that veers far from the gay daddy stereotype. They’re not only ethnically diverse, but their stories represent the struggles of fatherhood, religion and masculinity. It’s a game whose nonchalant attitude normalises homosexuality – and features a transgender character too in just as casual a manner.

Really, though, the core relationship is that between your dad character and his daughter. Beneath all the comedy is genuine love and warmth, and that’s something people of all sexualities can relate to.

Life Is Strange: Before The Storm 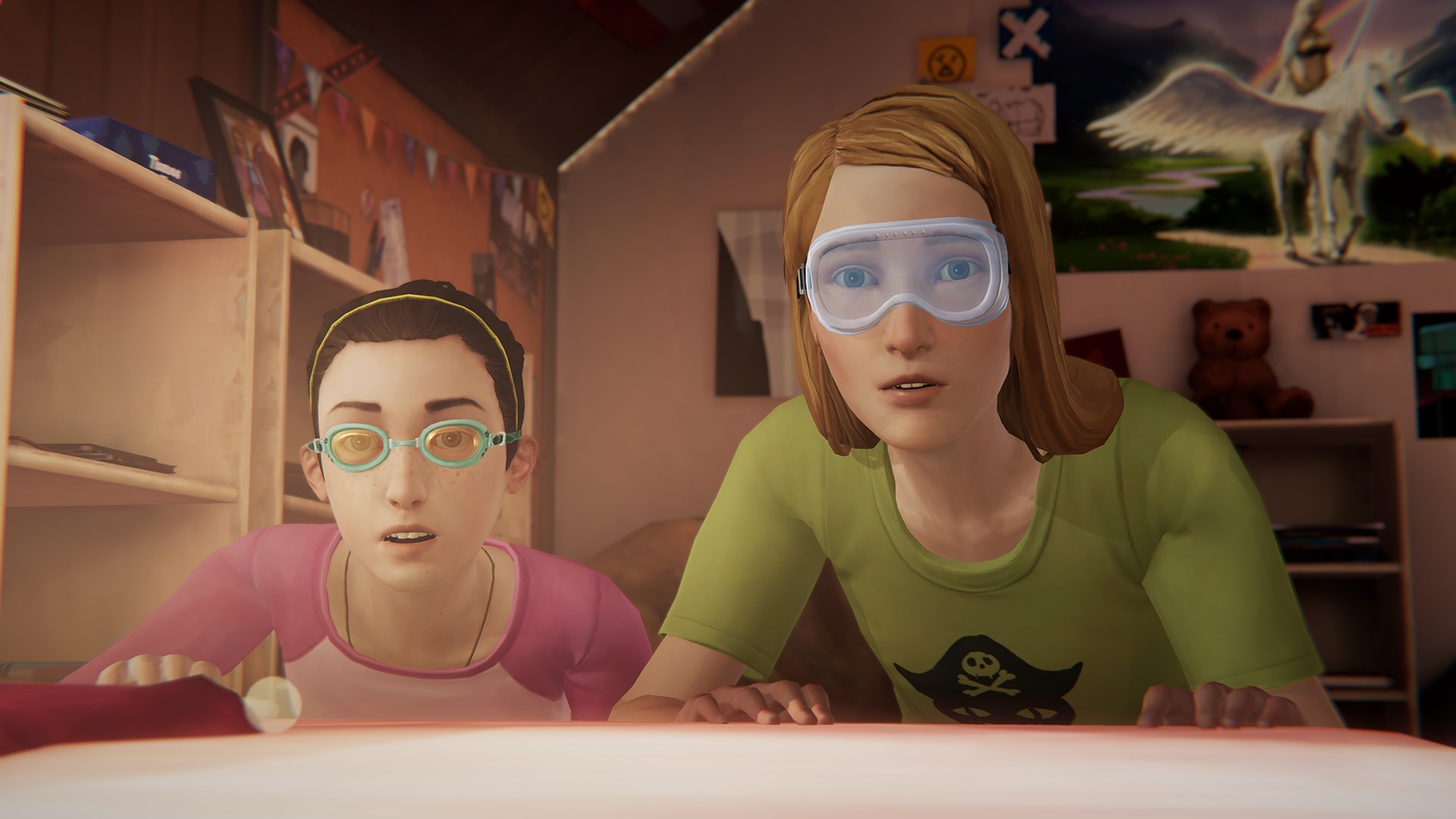 When Chloe first meets Rachel, there’s instant chemistry. After meeting by chance at a secret gig, the two girls skip school and get to know each other on a train ride, with all the knowing looks and nervous dialogue you would expect from two people with growing romantic feelings.

Where Dontnod’s first Life Is Strange game subtly underplayed the queer subtext of its story, this prequel from Deck Nine makes it explicit. Soon after that train ride, Chloe blurts out her feelings for Rachel as her emotions bubble up and burst out of her, and what remains of the game follows their relationship.

Before The Storm’s rebellious high school melodrama is riddled with stereotypes and cliché, but the awkwardness of the characters is ultimately endearing. Few games capture teen angst as honestly as here with its compelling and genuinely emotional plot. Further, it tells a tender queer love story in a way that feels authentic – this isn’t a colourful fantasy for the sake of a game, but a reflection of reality. 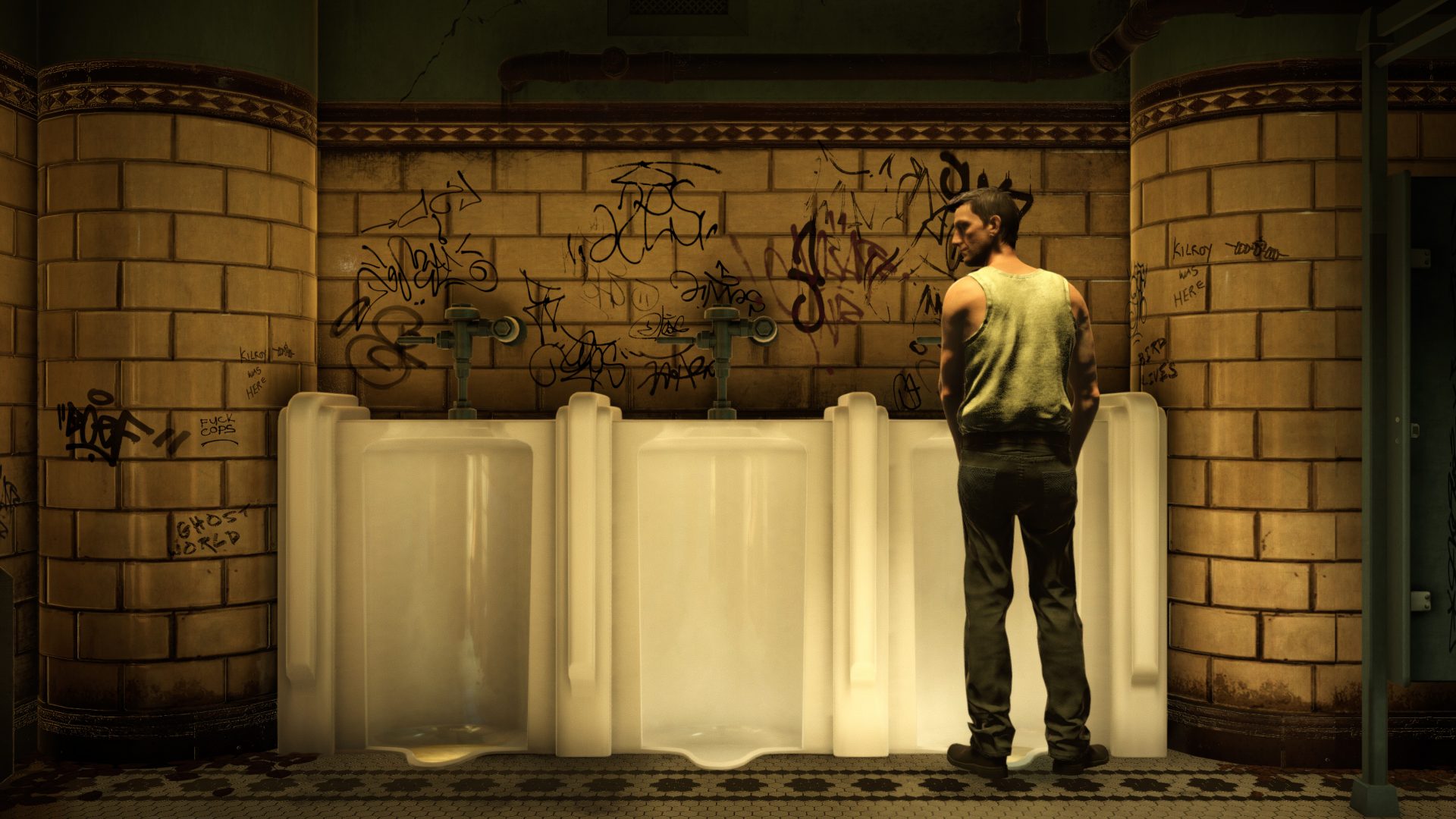 The word tearoom is US slang for a public bathroom where men meet for anonymous sex, and in Yang’s game you have to watch other men while peeing at a urinal without getting seen by the cops. It’s as bizarre as it is outrageous.

It’s also a profoundly political game. For starters, it’s historically accurate – it’s set in the 1960s when police would set up hidden cameras in public bathrooms to arrest homosexual men. The game successfully captures that fear and wariness of being caught in public, something that still exists today with something as simple as holding hands – despite our more accepting society.

Further, it’s a comment on gaming culture itself. Gaming as a medium plays with perspective and relies on looking, but here the player’s gaze can be a crime. And in this game, the depiction of oral sex is not with penises but with guns: a comment on gaming’s obsession with violence as well as Yang getting around censorship rules. Rarely do games challenge mainstream culture as potently as this.

Night In The Woods 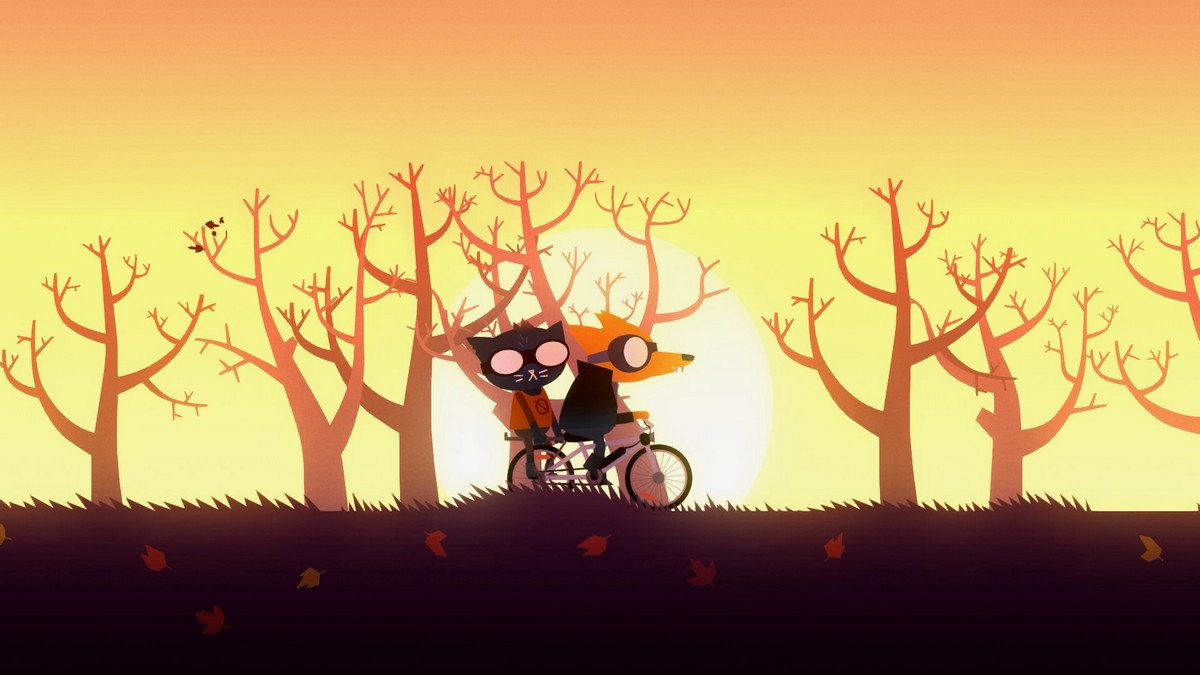 Night In The Woods may not hold its queer themes front and centre, but that is the beauty of this game. You play as Mae, a bass-playing anthropomorphic pansexual cat who returns to her small working-class hometown having dropped out of college. She explores Possum Springs, reminisces with old friends and discusses their problems.

Her best friend is a gay fox called Gregg, whose boyfriend is Angus the bear. There’s a particularly tender moment where Mae and Gregg visit a lake and Gregg confesses his worries about his relationship. He and Angus have been arguing and he’s anxious about not being good enough for him. The game’s writing encapsulates a sense of youthful ennui, but this scene, in particular, is so touchingly played because it’s just so normal and relatable.

There are other queer characters in Night In The Woods amongst the downtrodden inhabitants, but it’s always subtly understated. The game explores issues of mental health, with each character suffering in their own way – as we all do. There are lost jobs, economic problems, sad poets and alcoholics. And with a murder mystery too, for these animals-cum-humans, there are more important things to be worried about than sexuality.

That sense of integration really is a sign of the future of games. A future where sexuality doesn’t have to be a statement or a tickbox on a diversity sheet. It’s just a part of life.