A summer feast for the senses. 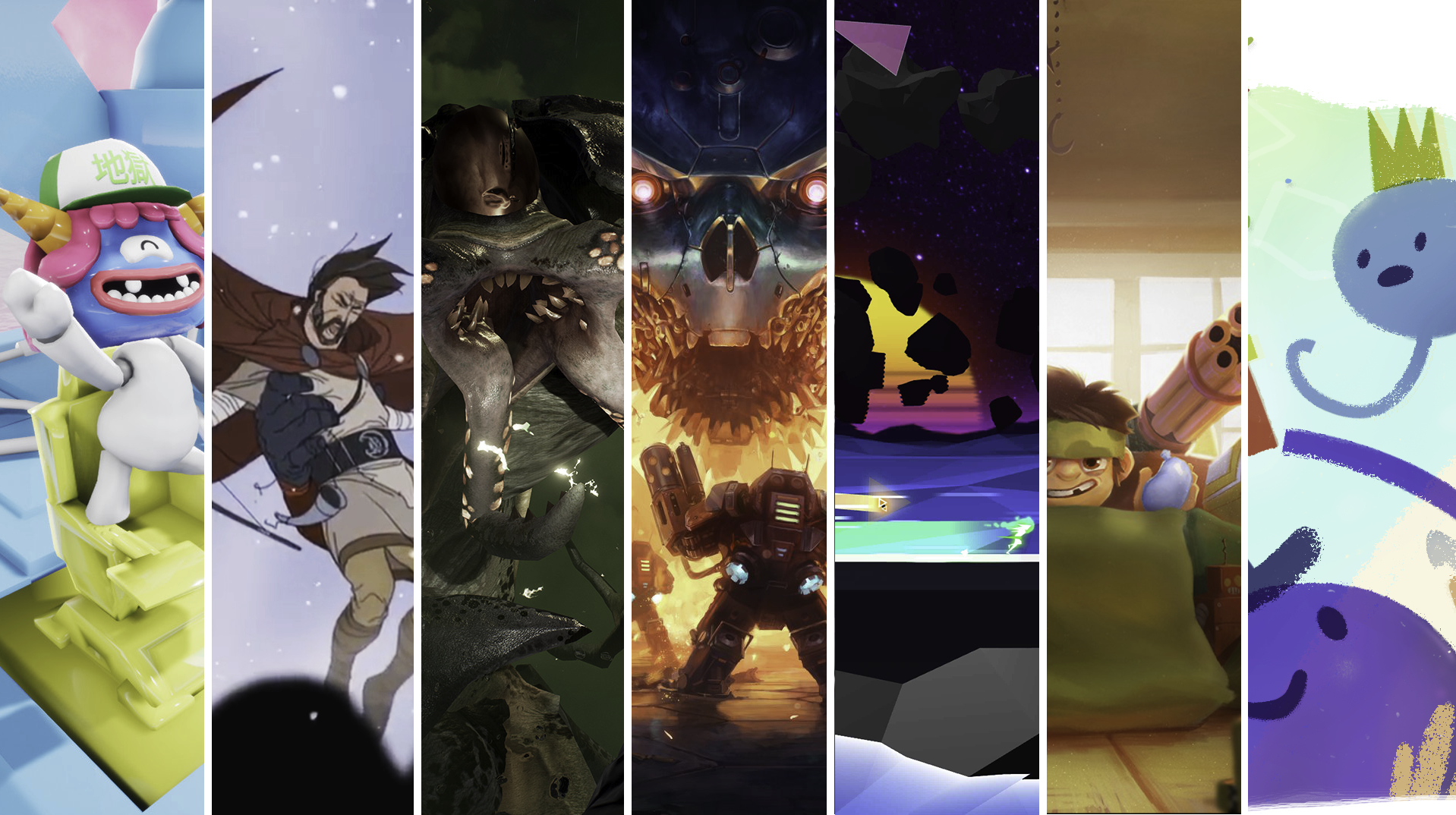 Oh my word, July is so hot this year in our infamously wet and windy Britain. Our houses aren’t built for it, our workplaces aren’t built for it, and like hell if my pasty British body is built for it. For the good of your health and sanity there’s only one thing to do, and that’s to take refuge indoors eating ice cream with three desktop fans blasting air in your face while you play video games. Here are some of the marvellous indie games on offer to tide you over until the great outdoors is back to its typical tepid cloudiness.

You know a game means business when its name is in all-caps. MOTHERGUNSHIP is a frantic bullet-hell FPS with rogue-lite elements. If that concept alone isn’t enough to push your heart-rate up by a few BPM then the above trailer should do the job.

MOTHERGUNSHIP is a game of excess, and nowhere is this more evident than in its weapon customisation. Putting average shooters to shame with their measly options for swapping out scopes and skins, here you’ll build weapons from the ground up like Lego. The result is some frankly obscene possibilities – I can’t wait to get my hands on this ridiculous shooter.

MOTHERGUNSHIP releases for PC, PS4 and Xbox One on July 17th.

There’s something wholesome about Muddledash’s premise: as a colourful octopus you’re vying to arrive first at the birthday party, gift-in-tentacle. There’s only one gift to go around, mind, so you’ll be wrestling it from the clammy grips of your competing cephalopod revellers. Maybe it ain’t so wholesome after all.

This local four-player oct-em-up is a platforming racer that bears similarities to Speedrunners. But I feel like fighting over a present should offer an extra layer of madness on-top of the frantic race to the party finish line. I’m looking forward to adding Muddledash to my trusty list of party games alongside the likes of Towerfall, Nidhogg and Duck Game.

Muddledash swims onto Switch and Steam on the 10th of July.

Another smashing couch multiplayer offering for July, Headsnatchers launches into Steam Early Access. There’s something to be said for a game title which succinctly describes its concept, and for Headsnatchers you’ll literally be snatching the wacky heads of your competitors in order to score points against them.

With over 100 heads to choose from, you can make your avatar best represent your personality – whether that’s by shark head, warthog or… err, cupcake. If that’s not enough, you can even customise your own from scratch. And with cooperative modes as well as competitive matches available, there’s plenty in Headsnatchers for you and your mates to get stuck into.

Headsnatchers heads onto Steam Early Access on the 10th of July.

The 80s may have been a pretty questionable time as far as style was concerned, but that hasn’t stopped it from influencing a bunch of video games. The latest is Rifter, a gloriously neon-soaked platformer played to the sound of 80’s synthwave. Rad.

This breakneck platformer will test your reflexes and hand-eye coordination as you run, swing and leap through over 90 vibrant stages. Along the way you’ll upgrade your abilities and fight huge bosses. Rifter looks slick and exhilarating and is the product of a single guy who’s called his studio ‘IMakeGames’. If that isn’t indie, I don’t know what is.

Rifter dashes onto Steam on the 12th of July.

Everything about Sleep Tight’s concept had me hyped from the get-go. Y’know those monsters that live in the wardrobe and under your bed, which grown-ups deny the existence of? In Sleep Tight, the kids know better – they’re having to fend them off, after all. A hybrid of a top-down shooter and a tower defense, you’ll ward off boogeymen with pillow forts, dart guns, water balloons and anything else the kids have at their disposal.

This fun bedroom-battler comes from We Are Fuzzy, including devs originating from Disney and Hollywood. This clearly shows, with a charming Pixar-esque aesthetic that oozes personality.

Sleep Tight goes bump in the night on the 26th of July for both PC and Switch.

The Banner Saga is a fascinating-looking series that I’m regretfully yet to experience. Perhaps there’s no better time than now to get started, as The Banner Saga 3 comes to bring an end to the epic trilogy.

As the above trailer explains, Stoic Studio returned to Kickstarter to fund The Banner Saga 3 after the overwhelming success they enjoyed the first time round. The third and final entry looks to continue the stunning level of artistic achievement Banner Saga is known – and has won numerous awards – for, with gritty and detailed hand-drawn animation and a lovingly composed score.

Perhaps most importantly for fans, however, it’ll bring closure to a story which spans across the trilogy, the player’s choices influencing how it develops. The Banner Saga marches onto Switch, PS4, Xbox One and PC on the 26th of July.

Left 4 Dead was a landmark entry in co-op shooting. Of course, Valve are too busy bathing in their bathtubs of billions to concern themselves with petty game development these days. Why make your own when you can just take a cut of everyone else’s?

Enter Earthfall, which nears the end of its relatively short stint in Early Access. A spiritual successor to Left 4 Dead in almost every regard, the key difference is that you’ll be mowing down aliens, not zombies. To aid you in your fight you can build weapons at 3D printing stations, including deployable barricades that can be built and upgraded to bolster your defenses.