Makes bashing your head against the wall fun. 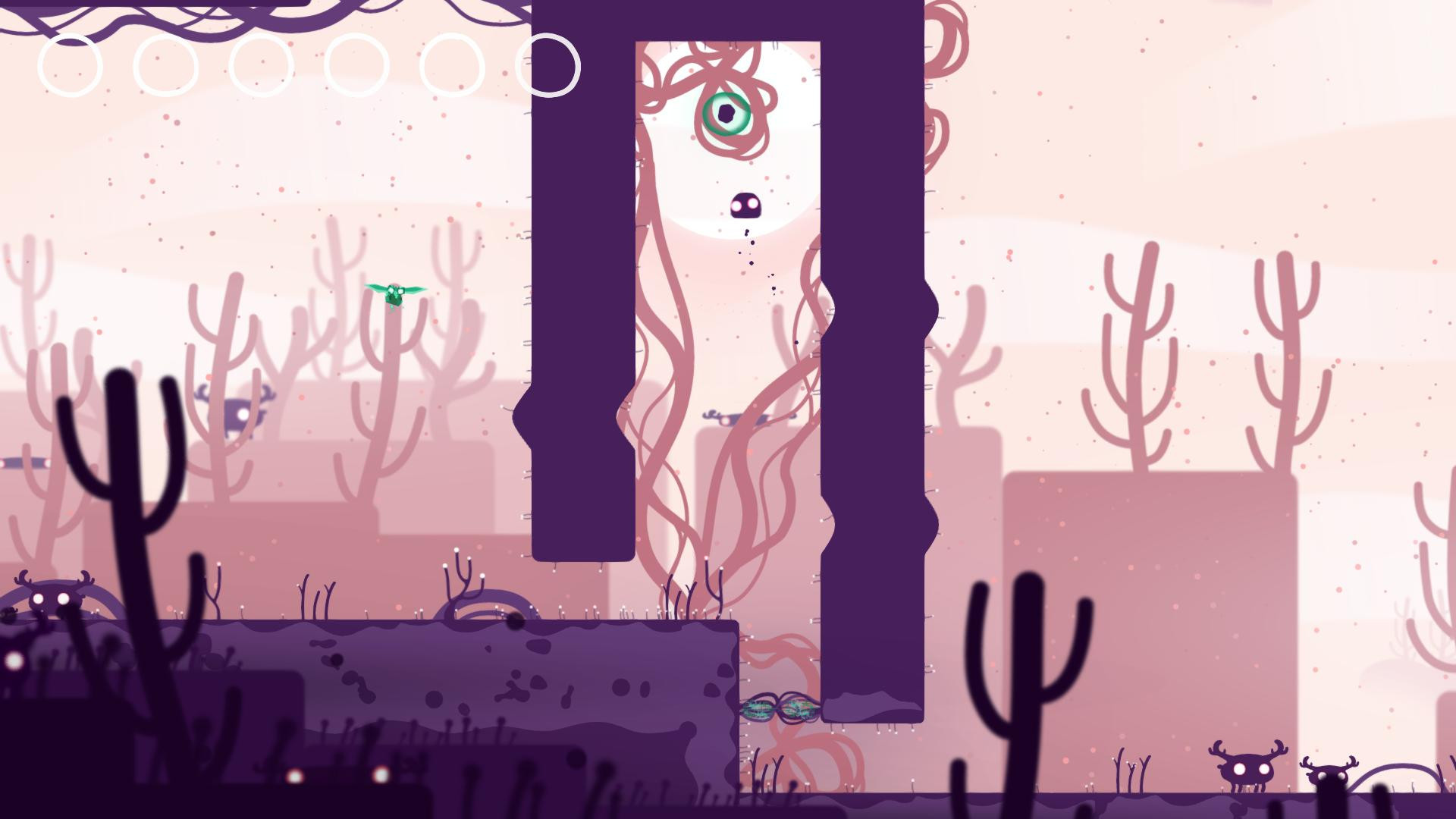 By all rights, I should hate Semblance. Puzzle games usually bore me. If I can’t shoot it in the face or hide behind high cover, I generally tap out within 30 minutes. To make things worse, I’ve had a slight phobia of all globule-shaped creatures since gunk-loving mascot of the 90s, Mr Blobby, horrifically screamed his way into Saturday night living rooms, terrifying children across Britain.

Why is it then, Semblance manages to ooze past my unreasonable prejudices and make it one of my favourite games this year?

South African studio Nyamakop’s first ever title is certainly an impressive one. They’ve done a brilliant job of making a puzzle-platformer in 2018 with a delightfully-pastel aesthetic and a unique, squishy feature which sits at its core.

In Semblance you will slide as this little gumdrop-looking creature who blobs and plops around – and any other verb which has you forming an ‘O’ shape with your mouth – hoping to purge the crystalised evil which has infested their forest (the story is pretty light in this game except for a few cave etchings which add a nice bit of exposition to this simple tale). To rid the forest of this emerald threat, you’ll be jumping and dashing, delving into Semblance’s three worlds, completing levels and collecting red, green and blue orbs. Alongside the leaping and scooting, you’ll be manipulating the environment, a lot. 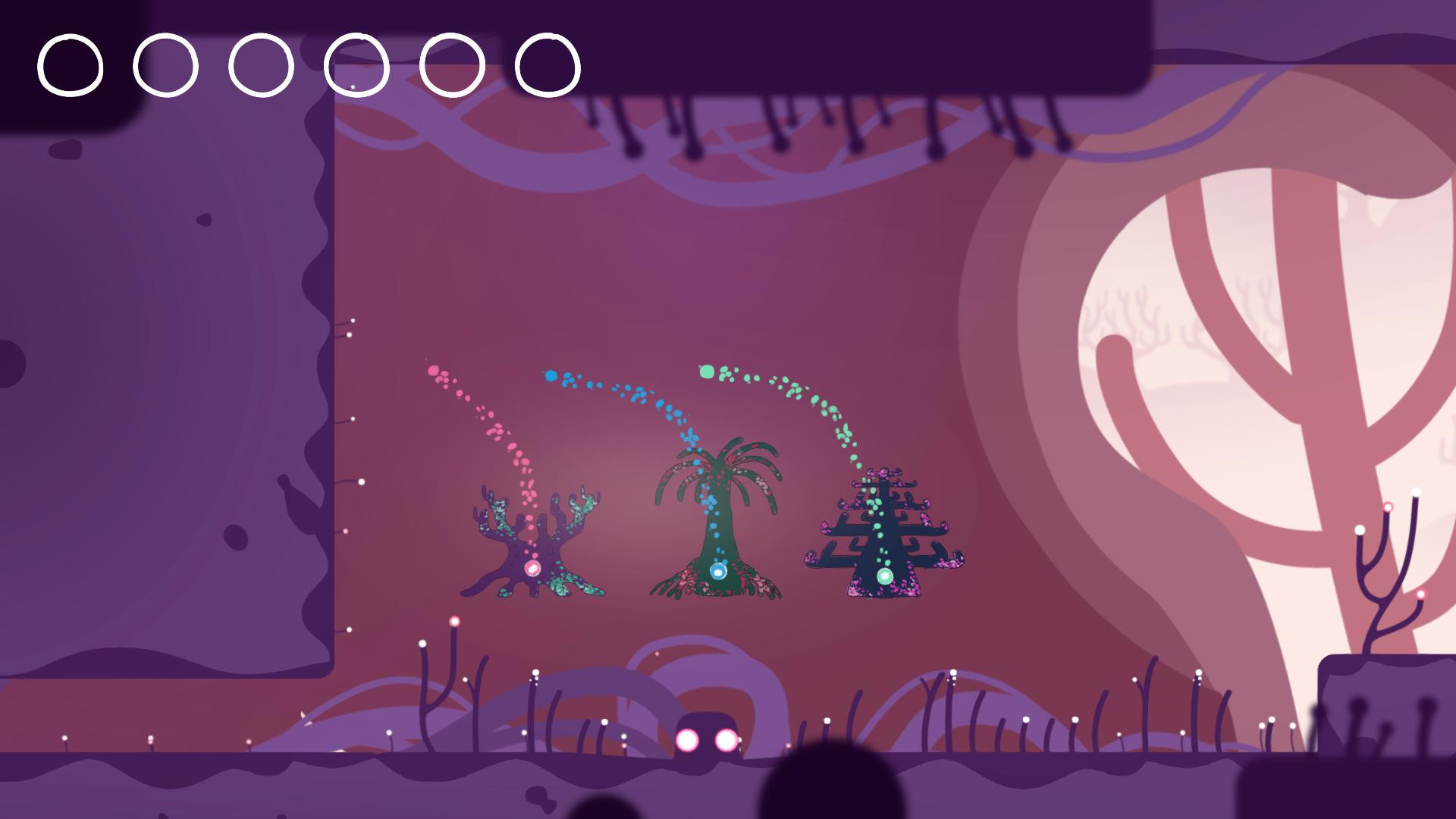 The main feature of this cute game is using your newfound, mainly purple friend (they change colour relative to the level) to bash into platforms, as well as the walls and floors, slightly changing their structure. Certain magenta parts of the world are malleable as you change their form to create platforms which you can jump between, blocks you can shimmy up, ground you can pound a dent into to hide under, or platforms you can push left and right. These bits of the levels basically have the consistency of hair which has been drenched in gunge by the orders of a 40-year-old radio DJ; it can support more weight than you think and is moldable, but not so much that it becomes a jumbled mess.

Semblance is certainly easier to play than Noel’s House Party was to watch. There were a fair few times where I messed up the jump or aimed incorrectly, finding little blob turning a sickly green after being impaled by spikes – which was a little frustrating, but not overly so. Years of platformers’ relentless obsession with punishment had me thinking I’d have to redo whole parts of the current puzzle I was working on but Semblance never does that. It spawns you incredibly close to where you died and even keeps the changes you’d made to the environment, making it easier to remember the solution you were working on for that particular puzzle. 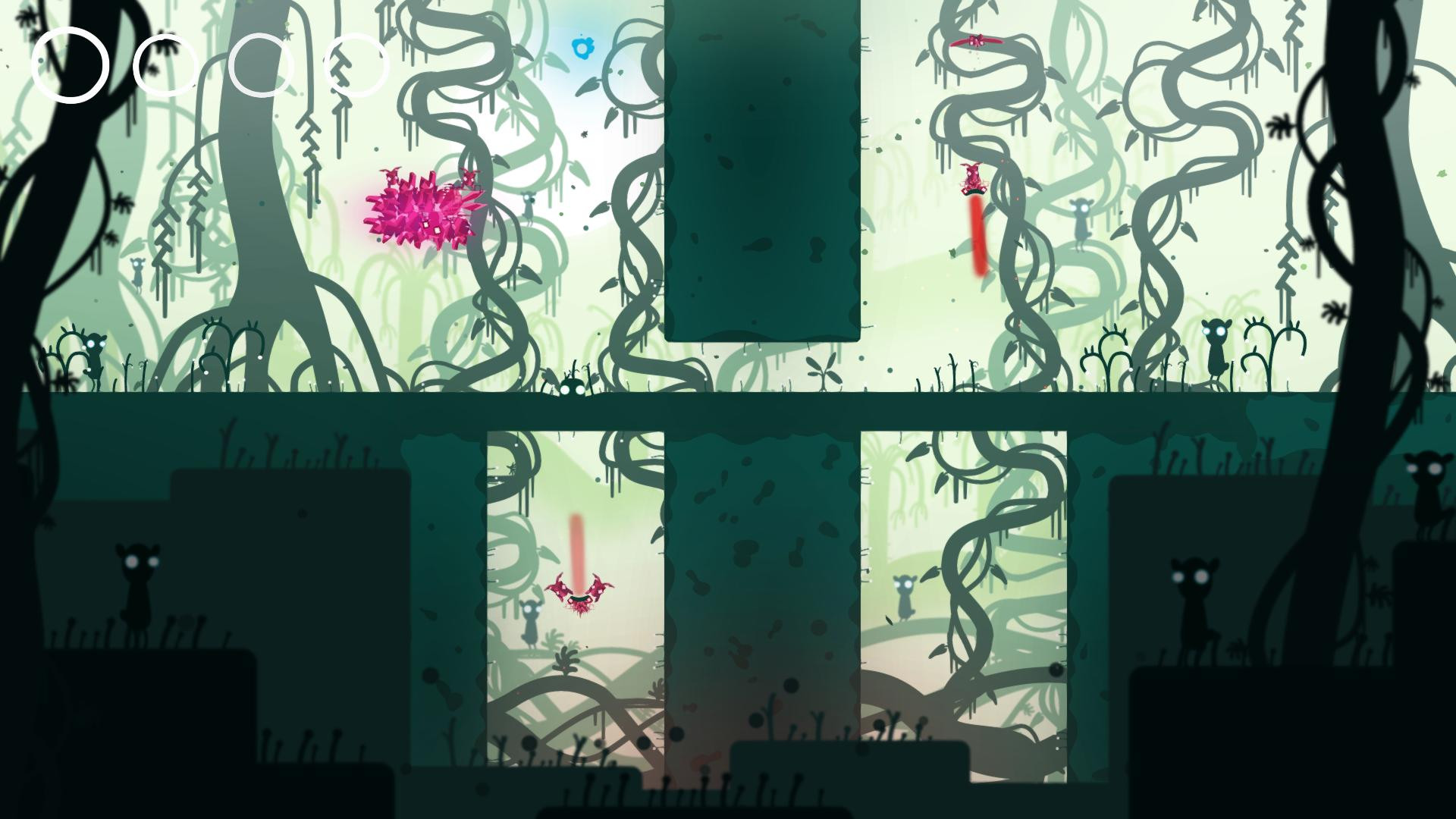 That’s not to say Semblance is unchallenging. It had me scratching my head often and that’s because the solutions involve changing the platforms, something other puzzle and platforming games I’d played before hadn’t done. And yet, Semblance has the quality all games of this ilk should have. Because you can do the puzzles in any order you want to, it means you’re not forced to try the same challenge over and over. Just continue on and try a few others. Whenever I did that, I would come back having learnt the solution through other puzzles and be able to figure out the part I was stuck on.

Semblance knows exactly what its unique feature is and doesn’t stray far from that, yet throws in new mechanics just when it starts to tire. For example, when changing the shape of the environment around you starts to outlive its novelty, you’re introduced to lasers which turn it into a rubber band-like substance, flinging you across the level, or even being able to alter your own structure. Both of these mechanics help build on a fun base and keep things fresh for the two to three hours you’ll spend with this game. 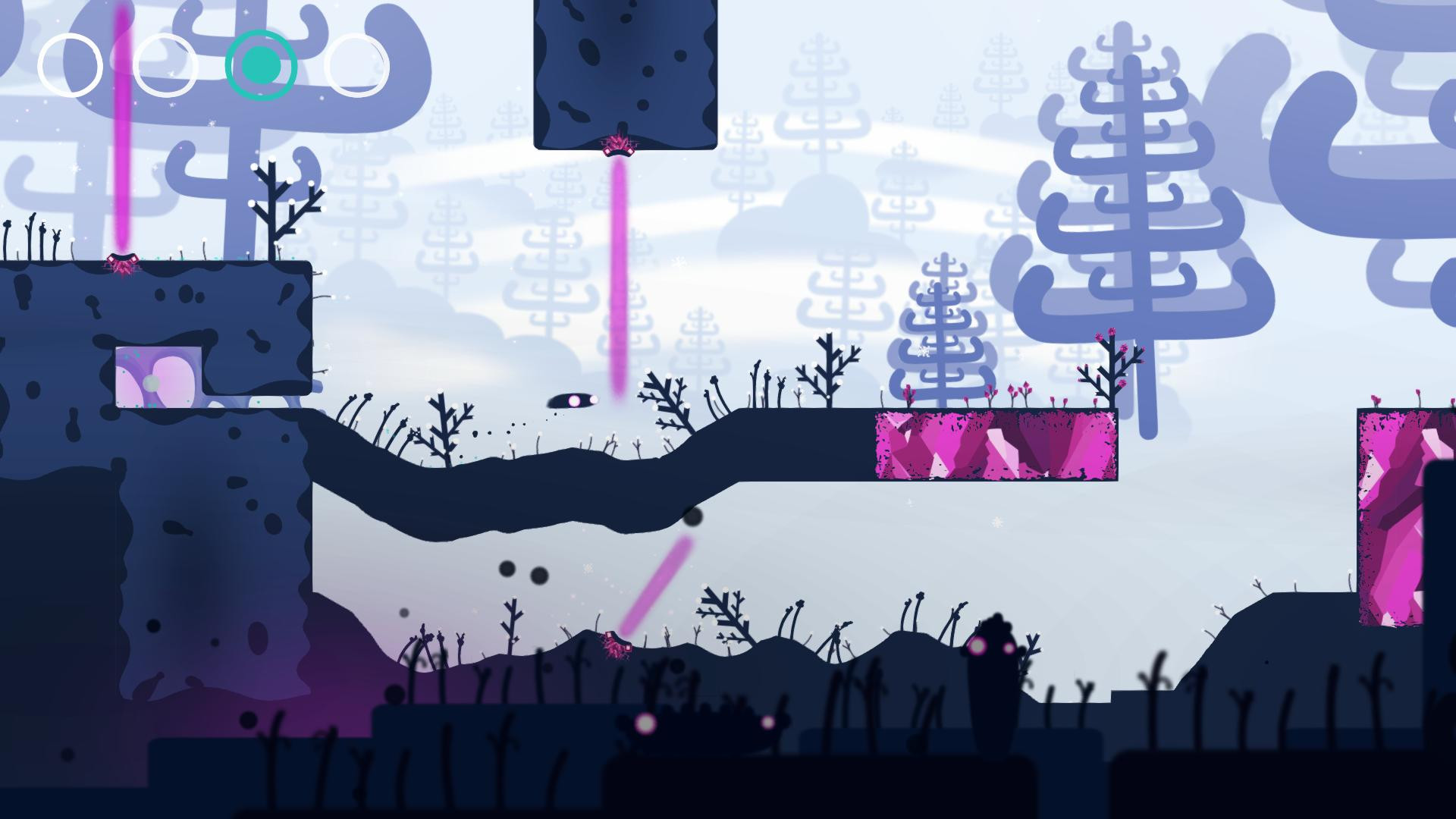 Even though the game is almost perfectly paced, I was a bit disappointed when it ended. I wanted to spend at least another hour in Semblance’s beautiful world. Its pastel colours are absolutely delightful and tend to stick to purples, reds and greens, making the game not only look good but easy to determine what might help or hinder you. Combine this with its lovely animations as you gloop and flop your way around the levels, it all gives a nice weight to the character without feeling encumbering.

Each move your characters makes is quite an exertion for little squidgy as the sound design mold with the animation to create a gasp of effort, every time they slide. From music to sound effects in general, Semblance creates an atmosphere which melts away and becomes unnoticeable – much like the ratings of a *ahem* certain TV show in 97 – as you focus on the challenge at hand.

Playing on the Switch there were a few times where the controls weren’t quite exact enough, killing me a fair amount. But Semblance’s forgiving nature more than makes up for it. If you want a great game to dip in and out of, Semblance is the perfect, splodgy fit.